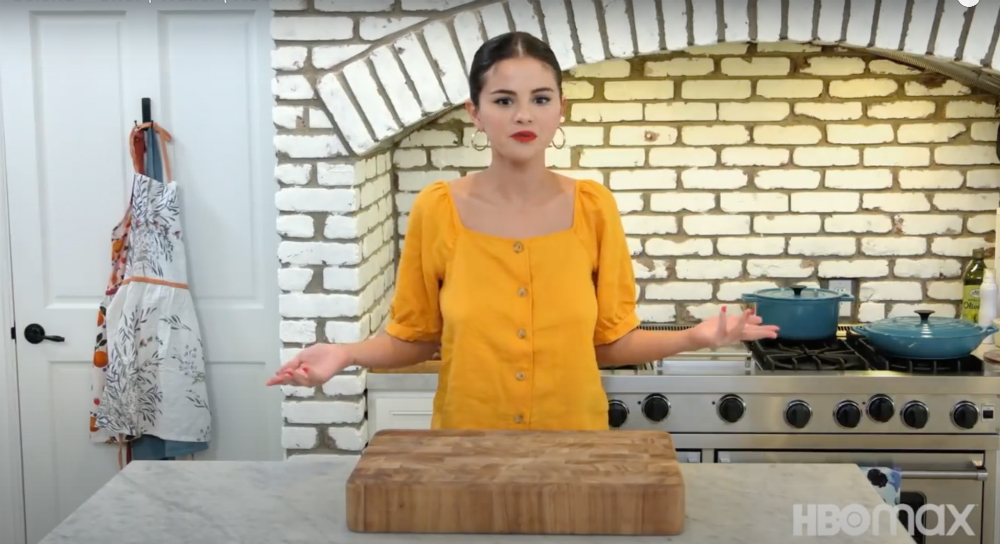 Back in May, we heard that Selena Gomez was one of the unusual picks to get her own quarantine cooking show. The idea, as we were told, is that Selena loves food but doesn’t know her way around a kitchen, so a bunch of accomplished chefs were going to educate her over Zoom and we’d see the results in real time. Well, now it’s here and we can see just what all the yelling is about:

I’m still not totally sure what I’m supposed to expect. According to the blurb under the trailer, it says Selena is learning to cook, so this is the rudimentary basics of cooking? I guess that could be helpful since it looks like quarantine will never end, but the trailer doesn’t talk technique or ingredients at all. The review in Variety gives a little more information, claiming this show, with all its imperfections on display, is the perfect commentary on 2020.

Admitting to how much one doesn’t know, in an era bent on proving our incompetence, is humbling enough for most of us. But it seems especially difficult for celebrities.

Which makes “Selena + Chef,” a new HBO Max series, the second of its type in this period, seem like a proportional, frank, and real response to the moment, as well as the second to be truly about living in 2020 without addressing the terrors of the present head-on. Here, the celebrity-profile aspect is intact, as the singer and actress Selena Gomez comes to learn to prepare various dishes with the help of a different pro chef, teleconferenced in for the occasion, each episode.

Gomez is treated with a sort of careful gentleness by her tutors, who urge her on through the preparation of genuinely complicated dishes with tones of soft, loving ministration. These are chefs who’ve been through the fire of restaurant kitchens and bring as little of that competition as they can to their engagement with their new charge. It’s a brief that fits some chefs more comfortably than others: Gomez’s first episode, in which she admits to not having used her kitchen yet before just bringing an omelette over the finish line and undercooking soufflés, sees her mentor coaching her, by the end, in slightly more clipped tones than those with which he’d begun.

Not merely is Gomez forcing herself through a challenging mission, learning to cook, she’s also doing so while learning to show us aspects of herself she’d resisted giving up thus far. For anyone who’s found layers of self-protection stripped away during the COVID era, it’s the mere fact of this, more than any one disclosure, that seems like a powerful statement by a uniquely guarded star. And it’s that act — marshalling her power as a public figure by being willing to come down to our level — which may be the skill, learned in isolation and practiced over weeks, that ends up serving her more than cooking for one ever could.

If you combine the review and the trailer, this sounds more like a Selena Gomez reality show. Variety likened this to Amy Schumer’s cooking show with her husband Chris Fischer (which the reviewer also likes). The main difference is that Amy and Chris obviously have an affectionate relationship that Amy can lean on whereas the chefs coaching Selena, all of whom came up in professional kitchens, are not letting her off the hook as easily. That could be either interesting or induce PTSD for those of us who’ve worked with high-level chefs in restaurants. However, it sounds like Selena is not asking them to go easy on her, that she signed up to be vulnerable and that’s what she’s giving us. Variety also mentioned the other people in the kitchen with Selena are her grandparents and roommates who provide a good balance between Selena the person and Selena the star.

The show sounds sweet. But is doesn’t sound like a cooking show. To be fair, it’s called Selena + Chef, not Learn to Cook with Selena. I like her, and I’ll probably give this a shot to see exactly what it is. But I don’t need a show that perfectly exemplifies 2020. Every hobby/task/endeavor I undertake is an attempt to escape this year, not embrace it. 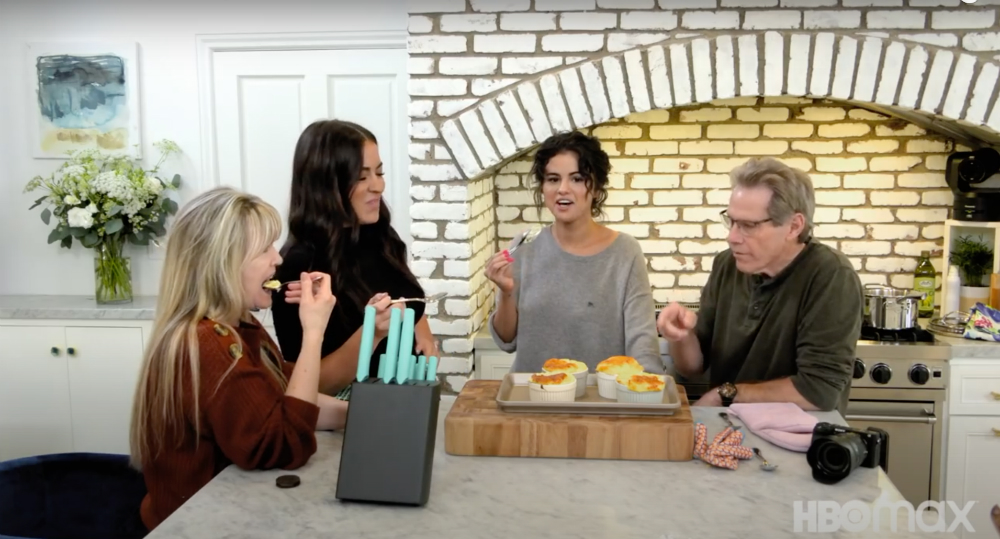 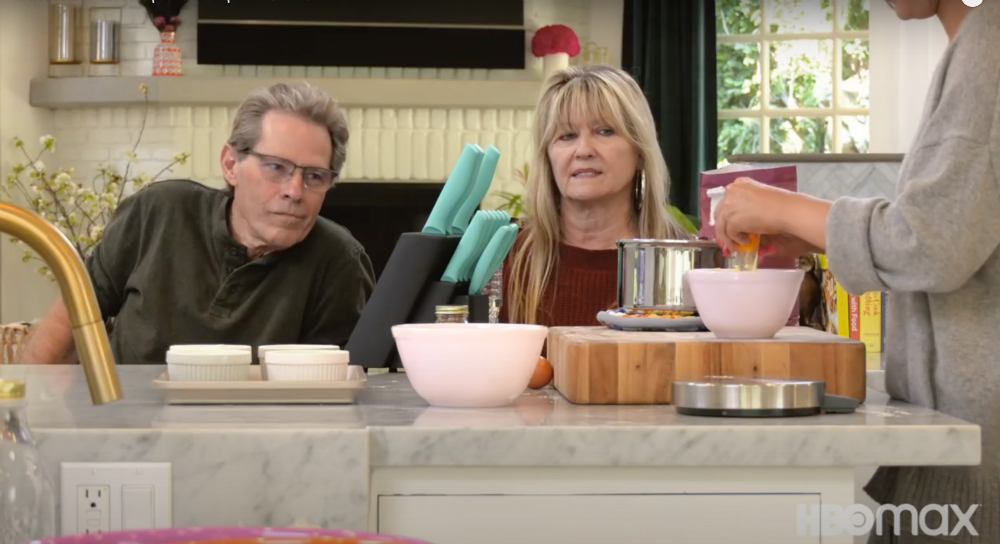 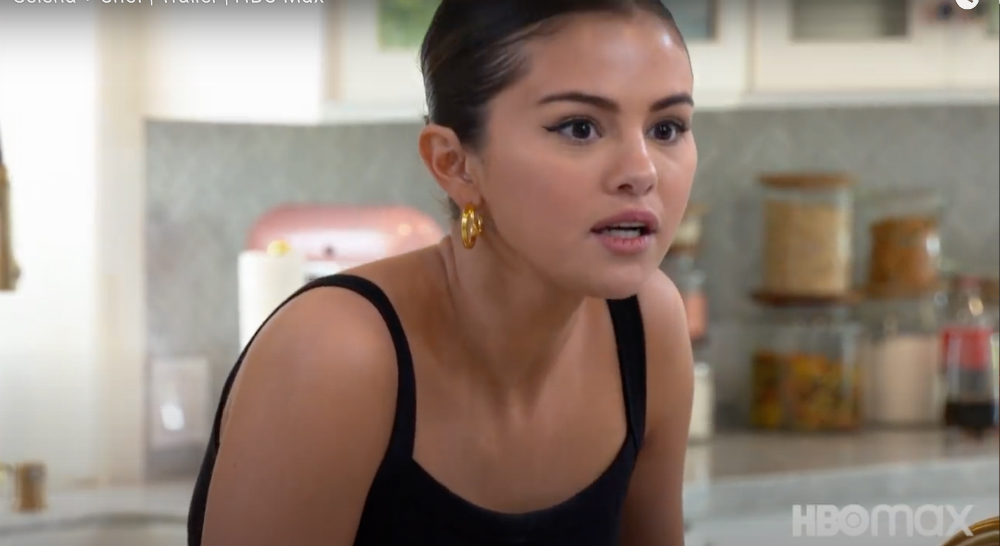