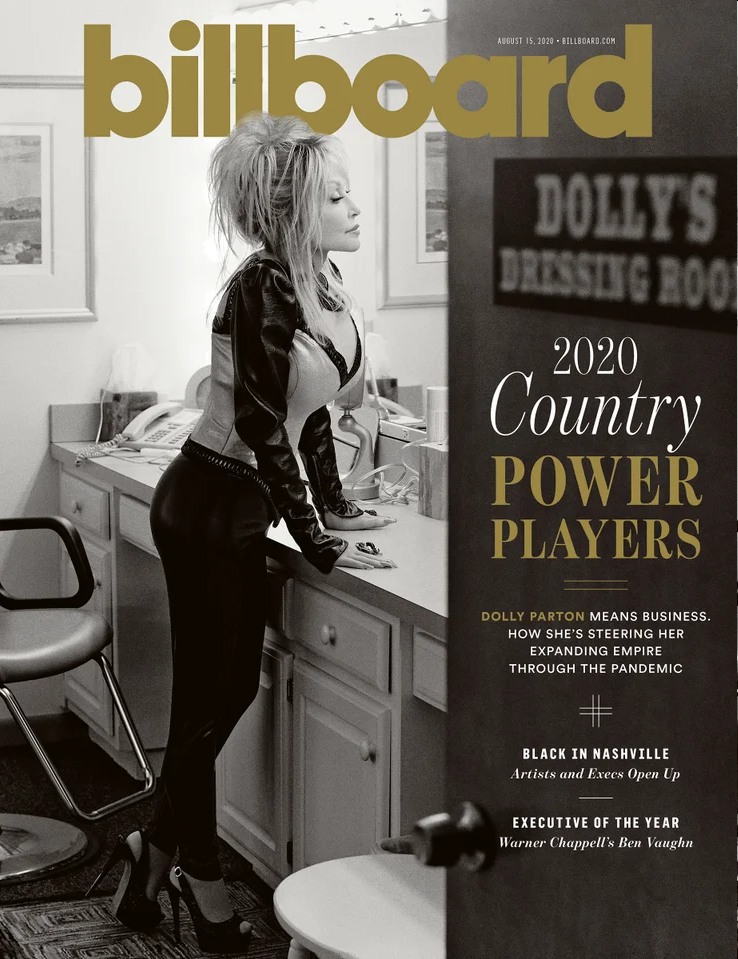 How is that a 74-year-old woman who grew up in Appalachia with little formal education became the most beloved living American artist? And not only that, Dolly Parton is without a doubt one of the smartest businesswomen out there, and one of the wokest. She’s always bridged gaps between generations and demographics with authenticity and charm. She’s an absolute treasure. Her cover profile in Billboard is amazing too – it’s about her business, her deal-making, her intelligence and her dead-on instincts in money and in life. She also talks about changes she’s made to Dollywood – taking out the “Dixie” crap with no muss or fuss – and how Black Lives Matter.

On reopening Dollywood: “We certainly are not going to have a great year this year. Hopefully by coming back, we’ll pick up some stuff that we’ve lost. All of the things that I’m involved in are on hold, even my production companies and the movies — everything [took] a big hit. But I still believe, still trust God, and I’m still hoping for the best.”

Diversifying her business. “I often wonder why more artists don’t do more things like that to have something to fall back on if things don’t work out the way they’d hoped — or just to have something more. I feel like even if I wasn’t popular anymore, I could always sing at Dollywood.”

Taking Dixie out of Dollywood. In 2018 she renamed her Dixie Stampede dinner attraction Dolly Parton’s Stampede as she became more aware of how hurtful the term “Dixie” and its associations with the Confederacy could be — perhaps because of a 2017 Slate article that cast a critical eye on its rosy, family-friendly depictions of the Civil War. (At the time, the Dollywood Company said it was also eyeing an international expansion and noted that “Dixie” wouldn’t translate abroad.) “There’s such a thing as innocent ignorance, and so many of us are guilty of that. When they said ‘Dixie’ was an offensive word, I thought, ‘Well, I don’t want to offend anybody. This is a business. We’ll just call it The Stampede.’ As soon as you realize that [something] is a problem, you should fix it. Don’t be a dumbass. That’s where my heart is. I would never dream of hurting anybody on purpose.”

She supports Black Lives Matter: Parton hasn’t attended any recent marches, but she is unequivocal in her support of protestors and the Black Lives Matter movement. “I understand people having to make themselves known and felt and seen. And of course Black lives matter. Do we think our little white asses are the only ones that matter? No!”

No judgment: “First of all, I’m not a judgmental person. I do believe we all have a right to be exactly who we are, and it is not my place to judge. All these good Christian people that are supposed to be such good Christian people, the last thing we’re supposed to do is to judge one another. God is the judge, not us. I just try to be myself. I try to let everybody else be themselves.”

“As soon as you realize that [something] is a problem, you should fix it. Don’t be a dumbass.” I love her so hard, I’m almost crying. “And of course Black lives matter. Do we think our little white asses are the only ones that matter? No!” I’M SCREAMING!! You guys should read the full Billboard profile though, it’s excellent and there’s soooo much about her empire and her deals in there, which I love. She’s so smart about the deals she makes, and the people around her say that she actually turns down about 90% of the stuff she’s offered. They also confirm something I suspected, which is that Dolly hired a team to do her social media and help her stay relevant on the platforms the kids love. Which is so smart!

Cover and IG courtesy of Billboard.