Chrissy Teigen confirms: she did have her implants removed while she was pregnant 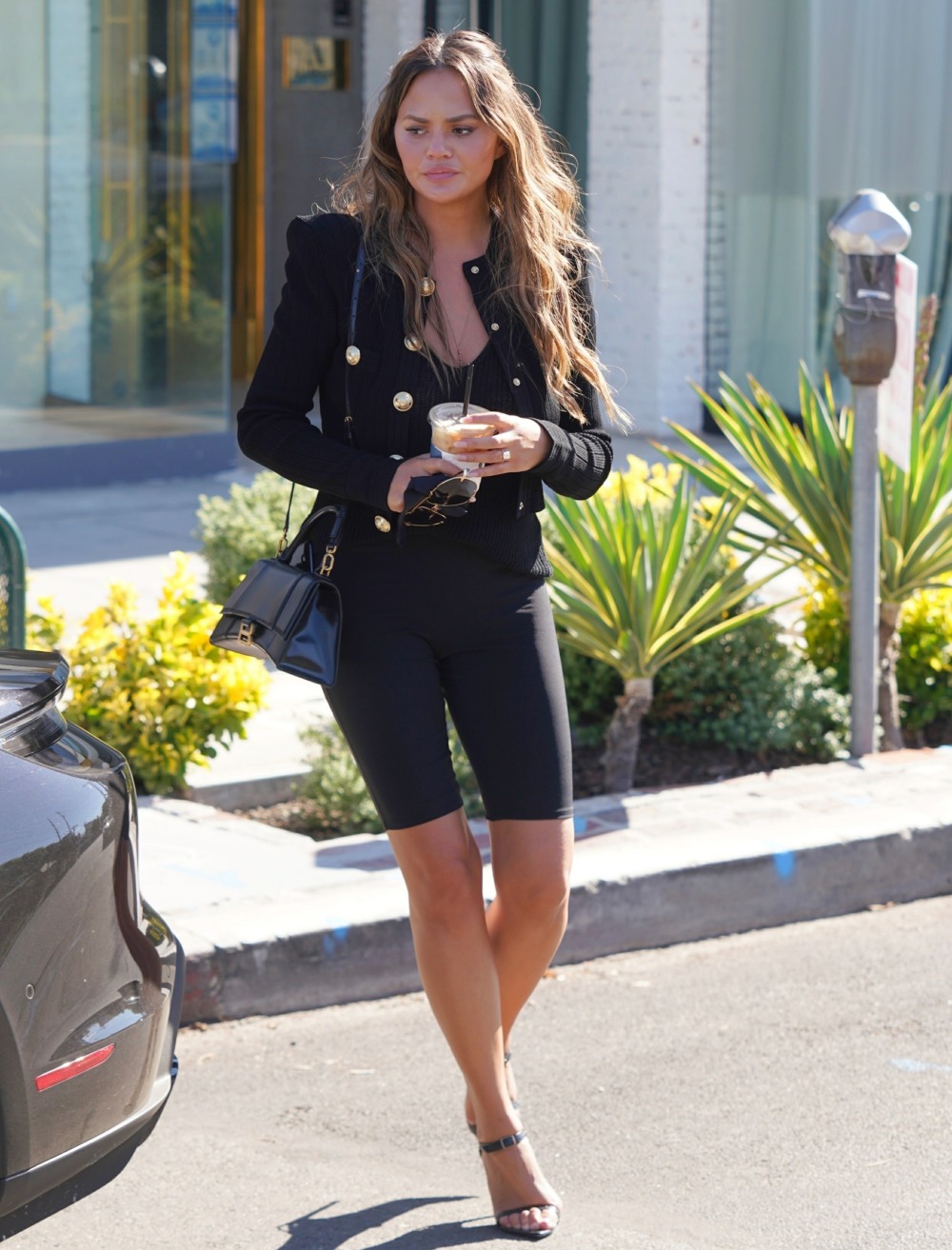 Honestly, when Chrissy Teigen announced her pregnancy – in her husband’s music video for “Wild” – my very first thought was “wait, didn’t she *just* have surgery to take her breast implants taken out?” The timeline was so weird and everybody clearly had their own theories about what did and did not happen and when Chrissy got pregnant and how far along she is now. For the record, it does seem like my timeline was right – she was pregnant for the boob surgery in mid-June, and I suspect that she got pregnant soon after her massive controversy with Alison Roman in May. Meaning, I think Chrissy is about 10-12 weeks pregnant right now. While she’s always maintained that she had fertility issues – her two previous pregnancies were IVF – she got pregnant naturally this time. And she got a false negative on the pregnancy test she took just before her surgery. From Chrissy’s Twitter (where else?):

Oh, it’s quite a story. Lol. I did the routine pregnancy test you do before surgery. It said negative. It was not negative. A few weeks after surgery, I took a test. And for many years now, I’ve taken pregnancy tests almost every month, praying to see a positive one day. Just wishful thinking. I never had a positive before. So the morning of John’s album release, he wakes up at 3am to do good morning america. I woke up with him and was like man, should take my monthly test to be disappointed….I was not disappointed. But I was scared sh-tless. Was pretty positive you shouldn’t get your boobs out while pregnant? Pretty sure.

So we prayed to the boob surgery gods that everything would be okay. Went to every appointment terrified. Even without the surgery, I didn’t think I could get pregnant naturally anyway. So the odds just felt…bad. But what they say so often can be true. When you give up on trying, life has a way of surprising you. In summary, my boobs hurt.

So that answers that. At 34, after two successful pregnancies from IVF, she was able to conceive naturally only this time, whoops, she had boob surgery when she was several weeks pregnant. I’m honestly a little bit surprised – I mean, not really – that she announced so fast, given the uncertainty and given how (not that) far along she is. But this is Chrissy, of course she announced it fast. Not only that, she stepped out for a paparazzi photoshoot in LA to show off her bump in a unitard. Lord help us all. 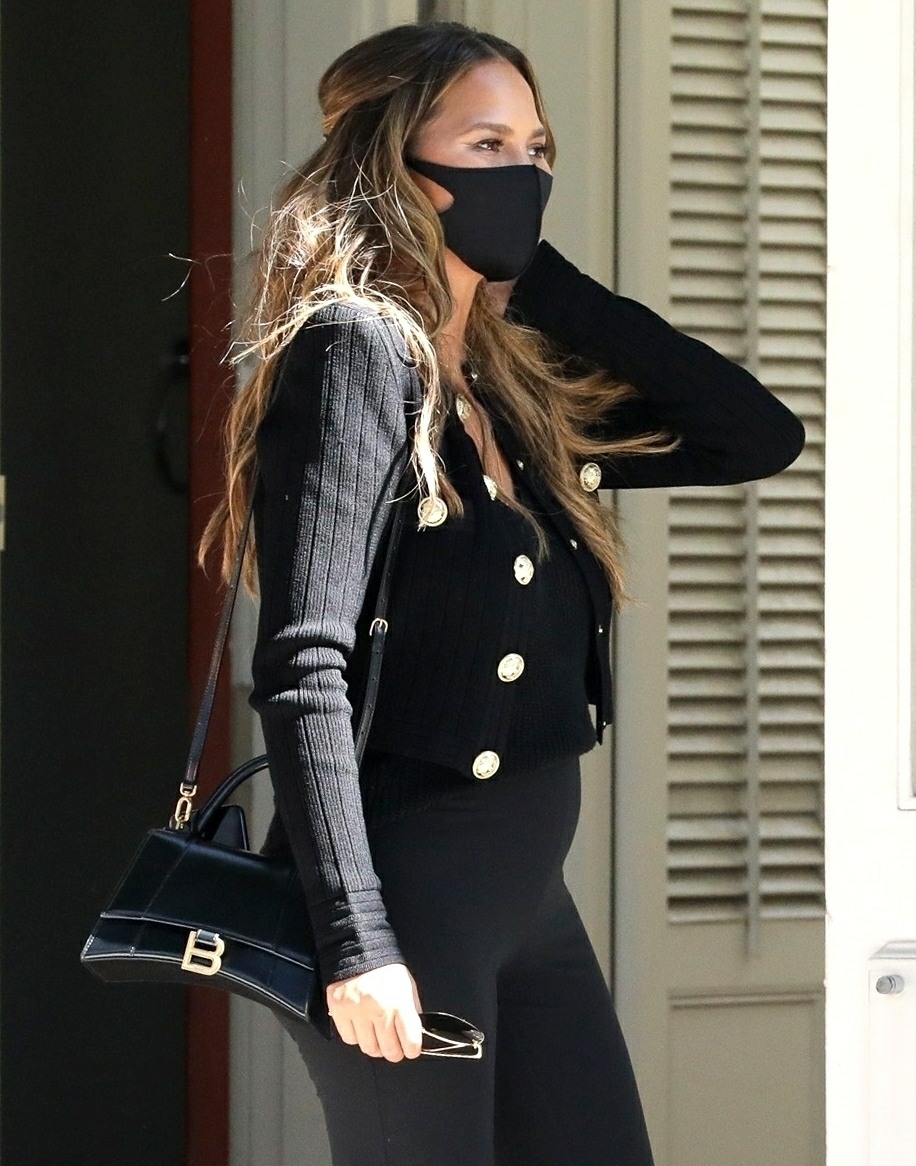 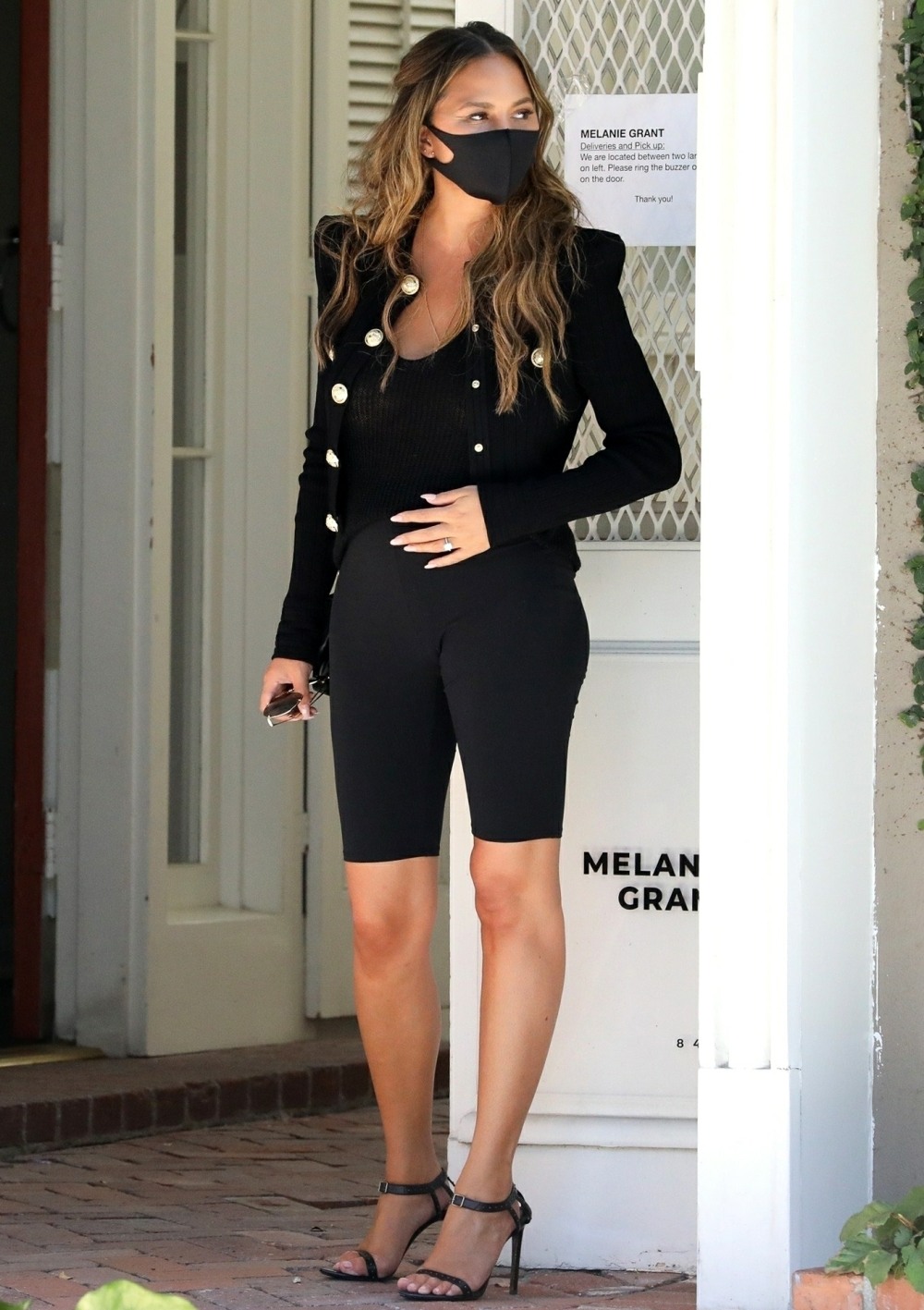 32 Responses to “Chrissy Teigen confirms: she did have her implants removed while she was pregnant”