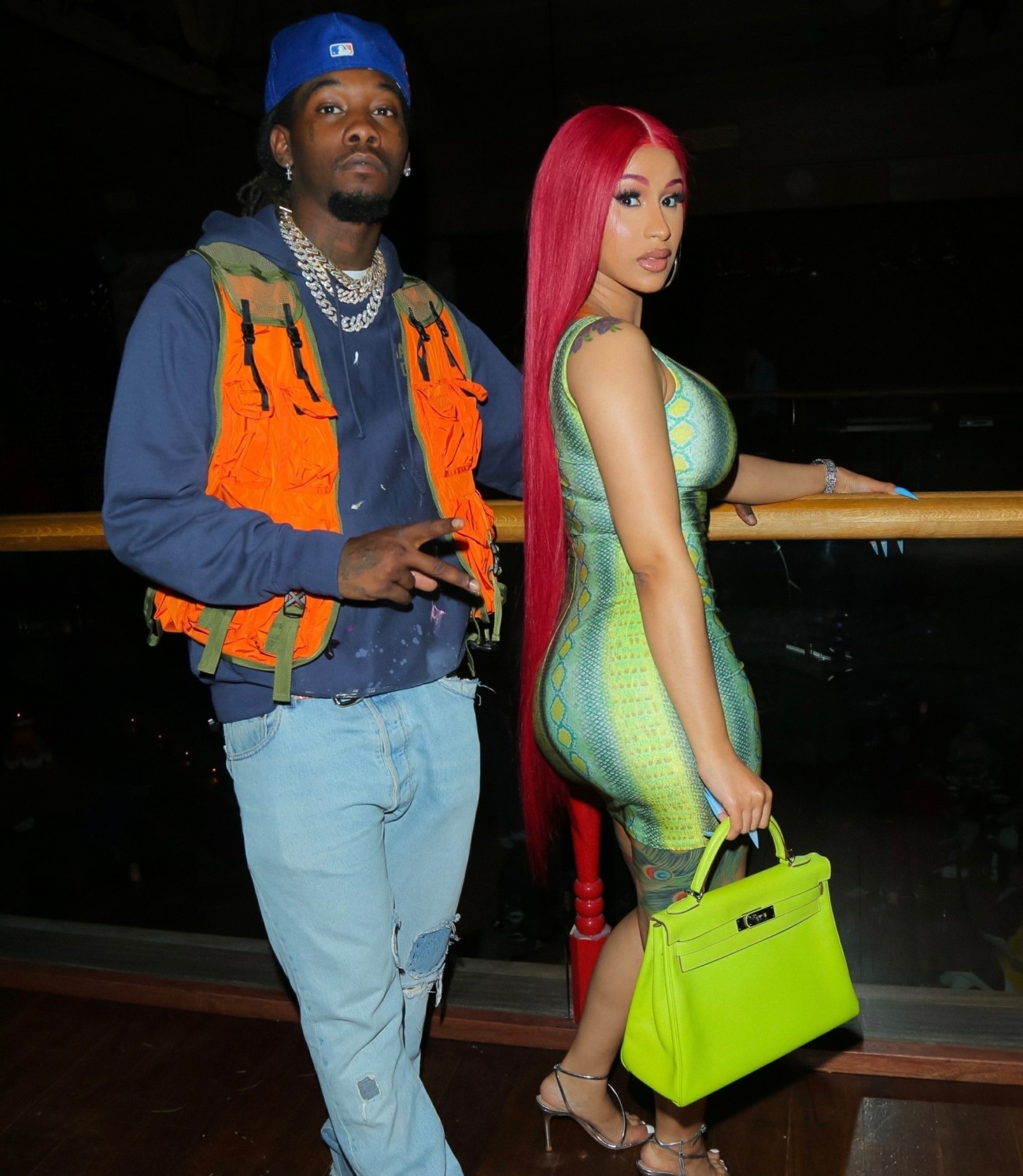 Cardi B and her WAP are doing just fine, thank you very much. Cardi is on a promotional tour – of sorts – to promote her new album, and I’ve been enjoying her interviews, honestly. I usually enjoy her interviews, because I think Cardi is really funny and she actually is something of a wordsmith. Sure, she’s problematic and I fully admit that (she does too), but I also think she’s out here, making mistakes and growing and trying to own up to all of her sh-t. Anyway, Cardi’s promotional tour basically consists of a lot of Zoom interviews thus far. She chatted with I-D Magazine just after the video for “WAP” dropped. Some highlights:

On the pandemic: “Everything has completely changed because of the pandemic. You know, I was constantly on the road, now I’m mostly at home with my baby. Everything that I had planned for this year has to be rescheduled for God knows when. So it’s just crazy, it’s a lot.”

She created her OnlyFans account during the pandemic too: “I created an OnlyFans because people are stuck at home more, but also just because I wanted to be on an app where I can talk only and specifically to my fans. There are certain times — a lot of times, actually — when I just want to talk to my fans, you know, my people. I don’t wanna go live on Instagram or say my opinions on social media because people twist it and spin it. There are certain things I want only my fans to see, you know? I wanna be more open about my insecurities, what makes me happy and what makes me sad. I wanna be extremely transparent. And I’m not even talking about my body, you know, just my life. I feel like not everybody deserves to see it.”

She’s not using OnlyFans the way other (adult film) stars are using it: “I feel like people are using it in a different way now, like the way I’m using it. But whatever way people are using OnlyFans, I don’t have a problem with it, you know what I’m saying? Like, if you’re making money and you’re supporting your family by any means… I do not care. Like, that’s your prerogative, I don’t judge you. I do not care.”

On three-year-old Kulture: “You know, when your baby is really tiny, you don’t really have to watch what you say. Now I gotta be so careful with what I do and anything I say so she won’t be out here repeating it. She gets little tantrums and I have to decide how to deal with those. Like, do I wanna be a chill mom, or an aggressive mom?”

Shooting “WAP” during the pandemic: “It was kind of weird shooting the video in the age of corona.Like, we had to spend $100,000 dollars just on testing. Everybody on the shoot had to get tested for coronavirus. We had a tiger and a leopard there, but we didn’t film with them in there because of safety and because of the pandemic. We spliced those scenes together.”

On the conservative white dudes who hate her WAP: “I’ve been really surprised by the reaction, honestly. I knew it was gonna have a big impact, I guess, because of me and Megan. But I didn’t know it was going to be so controversial. I never expected that, you know, conservatives and Republicans were going to be talking about the song. I didn’t think the song was as vulgar as they said it was, you know? Like, I’m so used to it. I’m such a freak that I didn’t think it would be a big deal. I didn’t think people would think it was so out of this world…It doesn’t make me angry. It makes me happy. They keep talking and the numbers keep going up. At the end of the day, whatever they’re saying, the numbers speak for themselves.”

I’ve been a little bit surprised by the conservative men and their reaction to “WAP” as well, and can I just say? I’ve been shocked by all of the men in the music industry who have had such negative reactions too. The message of “WAP” is really simple: female pleasure, women enjoy sex too, women get horny too, and women can talk about sex and brag about sex, just like men. We can be enthusiastic participants in sex. That’s it. It’s that f–king simple and basic. But men of all races and political ideologies have been showing they all have a problem with that. (Also, if some tennis players start OnlyFans accounts, maybe I would pay for the app.)