Dua Lipa on the pandemic: ‘Right now there’s no fear of missing out in any way’ 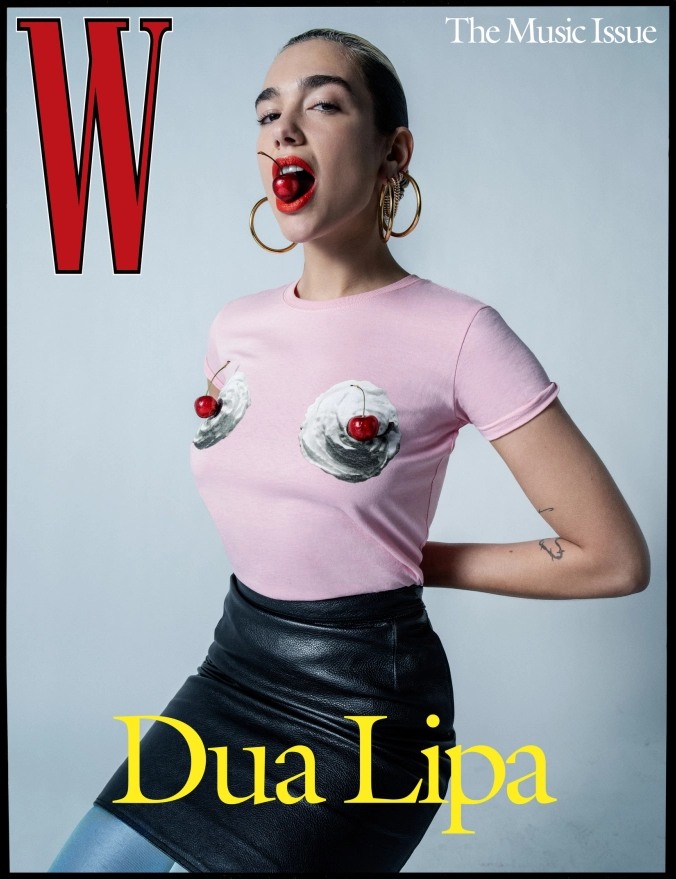 If I’ve learned anything from the pandemic, it’s that so many celebrities really do magazine photoshoots months and months in advance. By now, we’ve seen tons of “quarantine photoshoots,” mostly taken on iPhones and mostly done outdoors. But there are still a bunch of September issue magazine covers with editorials which were shot back in February and March. It’s that way with W Magazine’s Megan Thee Stallion and Dua Lipa covers – both were shot pre-lockdown. Crazy. Anyway, because I’m a Dula Peep stan, I loved this interview with her, which (to be fair) was conducted recently, in quarantine. She released her album Future Nostalgia in lockdown and it’s become very successful – people were in the mood for some light pop/dance music and it’s super-radio-friendly. Some highlights from this W piece:

What she learned in lockdown: “It was nice for me to realize the importance of patience. So much of my life is a big to-do list—what do I have to do, where do I have to fly next? It was stressful but also refreshing to have time to reflect on everything that’s happened so far.”

Why she released the album in lockdown: “My biggest hope for putting this album out at a time like this was that during moments of uncertainty, it would give people the best kitchen dance parties ever… what I’ve realized during this time is that you can bring the fun no matter where you are. If I can make music to aid that in any way, then I feel like I’m doing my job.”

Her parents are Kosovars: “My parents always dreamed of going back to Kosovo. I think one thing that people don’t realize, especially with the refugee situation at the moment, is that no one just leaves their hometown unless it’s to look after their family or in times of crisis.”

Getting criticized for showing support for Bernie Sanders or the Labour Party: “It’s such a slap in the face when I read the comments underneath my posts. Whether it’s about abortion rights or women’s rights, the comments always tend to be the complete opposite of what I said, and I get quite surprised, like, Why do these people follow me if they don’t know what I stand for? Everyone deserves their opinion, but I just think that my duty is to speak up about the things that are really important for a fairer world. I want a safe space for all my fans and listeners and for people around the world. We just want to be more open and nonjudgmental, and that’s how we can see a brighter future. I really believe that.”

Even though she gets depressed about the lockdown, she remembers we’re all going through it: “It’s important to remember that we’re all collectively going through the same thing, and right now there’s no fear of missing out in any way. We’ll just have to pick things up where we left off when the time is right.”

I think about that a lot, the fear of missing out, the idea that at some point, we’ll “go back to normal.” Will we? At some point, there will be a vaccine. At some point, there will be some kind of herd immunity or we’ll be able to eradicate the virus in certain areas. But I just don’t believe we’ll “go back to normal” any time soon. Also, about her politics… I wonder about that too, when people go on a pop star’s Twitter or IG to criticize them about some political message. Like, why are you following Dua Lipa if you’re some neckbeard Republican?

10 Responses to “Dua Lipa on the pandemic: ‘Right now there’s no fear of missing out in any way’”