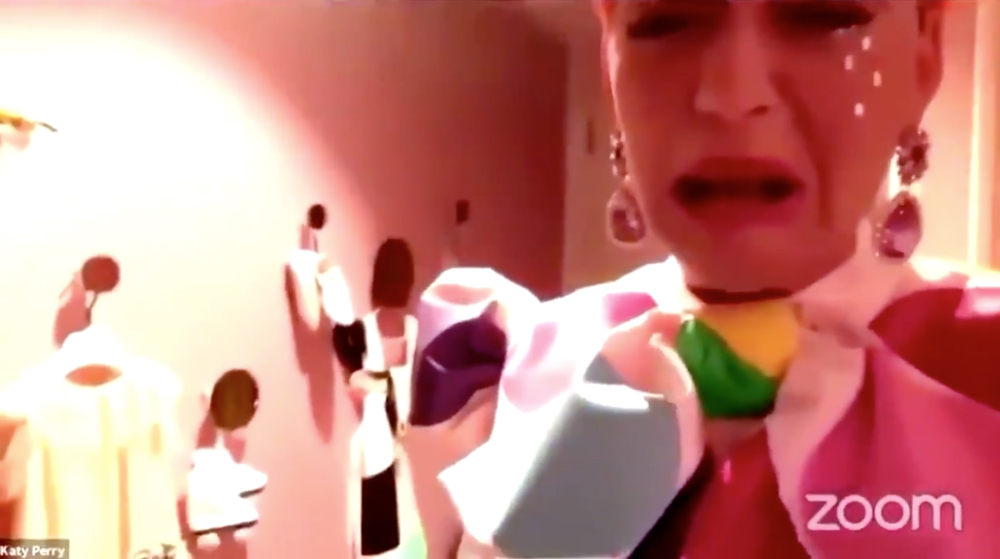 Katy Perry should be giving birth to her daughter any moment. I agree with Kaiser that it’s bizarre how some pregnancies fly by, like Sophie Turner’s, and some feel impossibly prolonged, like Katy’s. By the looks of her latest livestream video, the endless pregnancy is starting to get to Katy. She decided to share her daughter’s nursery with her fans. What she said would be just a “little sneak peek” amounted to a full room reveal. Katy showed the room while wearing a maternity circus tent with a comically large clown bowtie at the neck. Katie peppered her tour with these brief, weird little moments of fake crying. And, for some reason, she started whispering, as if the kid was napping and not still inside her. Here’s a glimpse:

Katy Perry showing the room she has prepared for her future baby is the best thing you'll see today 🥺💗🤰🏼pic.twitter.com/DeY3hFECXy

As far as the nursery goes, I think it’s adorable. I always crap out and go lighter rather than dark for wall color, so I love to see such rich, deep colors on the walls. I agree with Katy, her light fixtures are really cool. The rest of the room is both stylish and functional. I don’t know that I would want a mirror when I change a diaper, that horror show is enough without getting every angle. The standout for me is the mobile, I love the one they have. My kids’ mobile was dumb-looking, but they seemed pleased with it. I chose it for the music selections. I’d have been all over Katy’s. Oh! It’s only $25, according to SheKnows, and you can order it from PlansToys, which makes sustainable, eco-friendly toys. You can find the rest of the items in the nursery at SheKnows as well.

However, as much as I like her nursery, Katy’s performance in the video is strange. I wasn’t alone in noticing this, a few commented on it in the thread on Twitter. As for the Pagliacci cosplay, I just looked up Katy’s Instagram and saw that’s her new costume. I guess that’s the theme of her new music so I understand she’s getting a little promotional work in while she can. I’m poking fun at Katy, but the truth is, I those final days of pregnancy made me incredibly punchy, the monotony of waiting, especially once past the due date, can drive anyone a little bonkers. Which, going by some of the other clips from the livestream, is where Katy is. Have we taken bets on this kid’s name yet? Hopefully they already decided on that because we’re going to end up with a Calliope Main Tent Perry Bloom if Katy descends further into this pregnant-waiting-bewilderment. 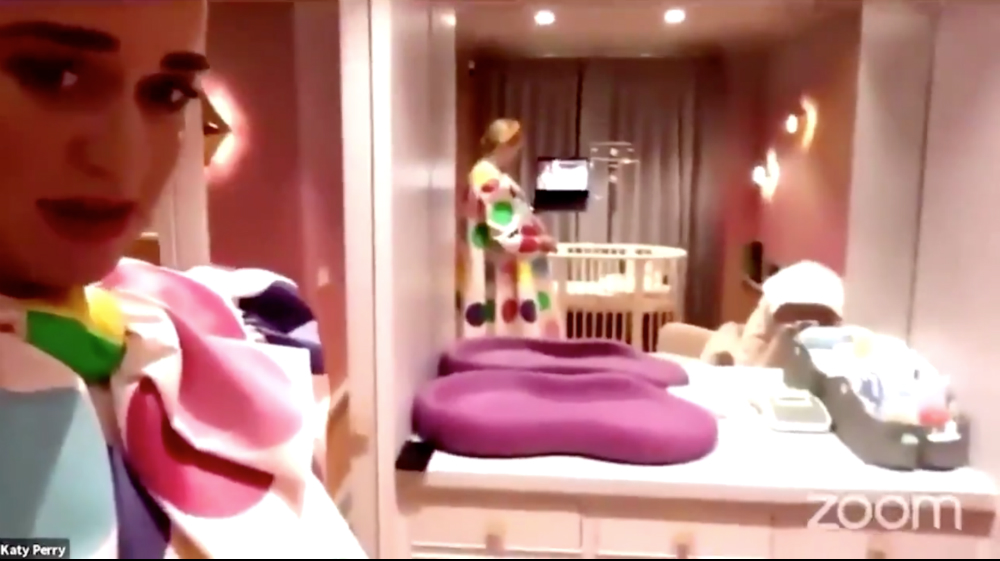 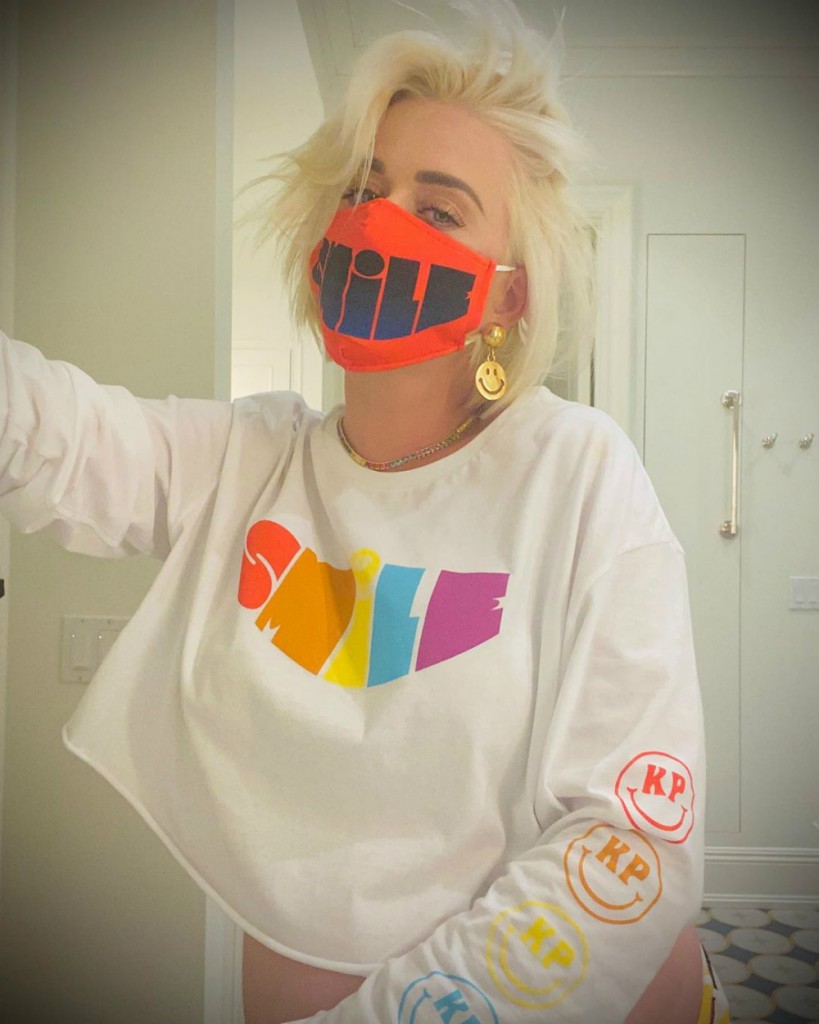