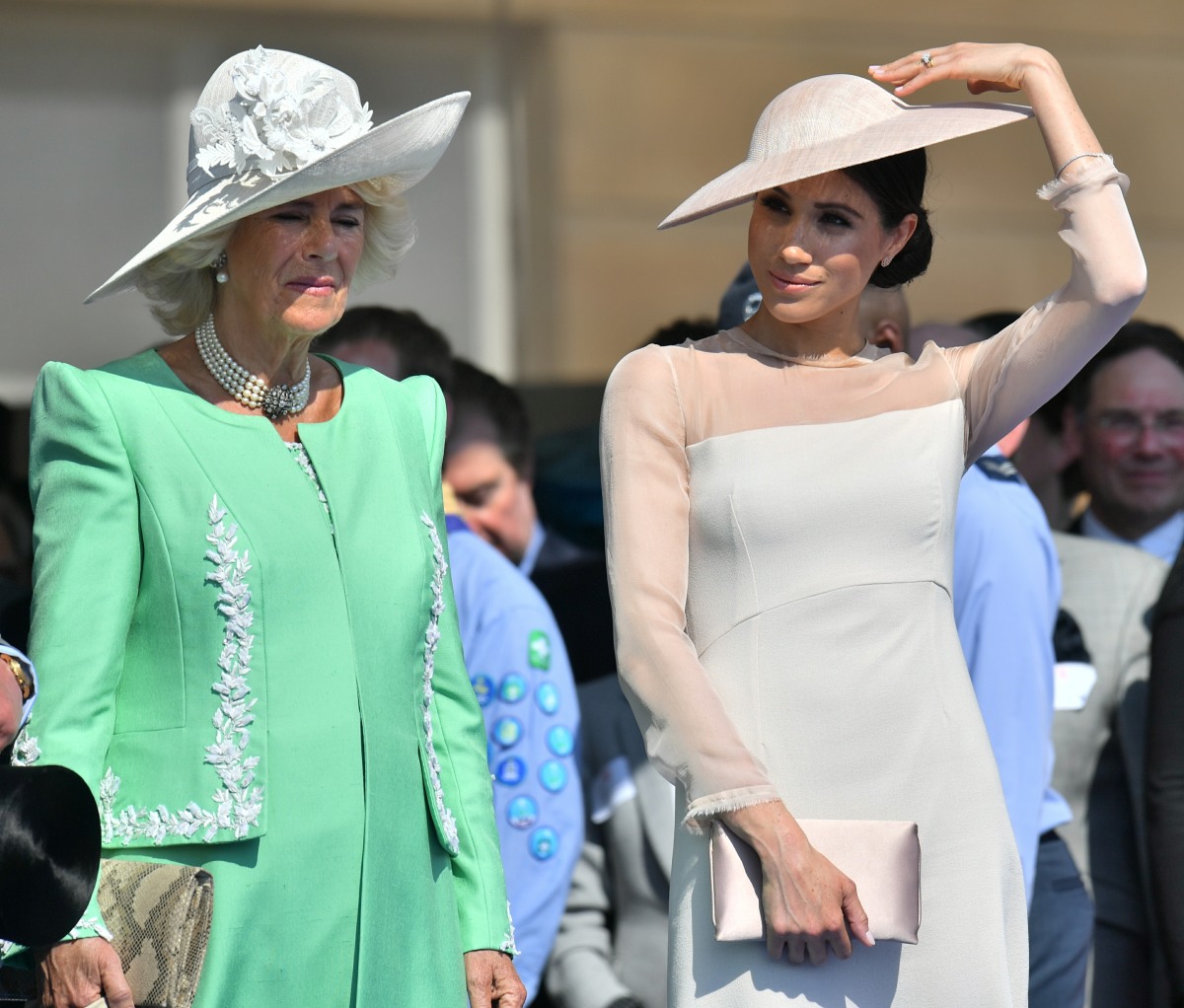 While I know that Camilla, the Duchess of Cornwall, is not anyone’s favorite royal person ever, I do think her life and her vibe perhaps deserve a closer examination. She was the subject of a massive hate campaign in her day too when she was outed as Prince Charles’ (married) mistress. The British papers always used the most unflattering photos of her, and there was a widespread conversation about “how could a man leave Diana for Camilla.” Camilla weathered it as aristocrats often do: she never said anything, she played the long game and she stayed close to power. She allowed Charles to “Pygmalion” a middle-aged divorcee/mistress into the stately-yet-boozy Duchess of Cornwall, complete with a new wardrobe, new ashy blonde color treatments and a full PR blitz over the course of two decades. Camilla is so entrenched in the royal family now, she’s tasked with doling out advice to the new royal brides. She did that for Kate, and she did it for Meghan too. Only now the story is that “Meghan didn’t follow Camilla’s advice.”

The Duchess of Sussex ignored advice from the Duchess of Cornwall on how to deal with bad headlines in the media, The Mail on Sunday can reveal. In an effort to help the 39-year-old adjust to Royal life, Camilla invited Meghan to a private lunch before her marriage to Prince Harry to describe how she had been treated by the press following the death of Princess Diana and how she had coped with the pressure.

It is understood she advised Meghan to focus on the positives of her new role in the Royal Family and ‘ride out the storm’ of any negative press. Prince Charles offered similar advice to his son Harry. Yet Meghan later complained that she was not supported by the Windsors, famously telling an ITV documentary: ‘Not many people have asked if I’m OK.’

A friend of Meghan’s said: ‘Meg was really grateful to Camilla who was very supportive and invited her out for private lunches, particularly around the time of her marriage. She listened to her and understood that it’s really difficult joining the Royal Family from an otherwise ‘normal’ life. Much like Meghan, Camilla had experienced a lot of negative press and hostility from courtiers due to her relationship with Charles when he was still married to Diana. She was very sensitive to Meghan and provided her with support, advising her to ride out the storm and that it would all pass – but ultimately Meghan didn’t listen.’

A palace aide said: ‘The Duchess of Cornwall does understand what it’s like to come from a normal life and then land in the completely extraordinary world that the Royal family exist in. As a consequence, she tries very hard to make people welcome and help them find their feet, and has done so for many years. Her consciously offering to mentor and guide is something that she really does try and do. That applies to many people, not just the Duchess of Cambridge and the Duchess of Sussex.’

Insiders claim that several meetings were held to ensure Meghan had sufficient resources for the issues that she wanted to promote, such as female empowerment.

I mean… I think all things can be true at once. From Camilla’s perspective, she thought she did a lot to welcome Meghan into the royal fold and Camilla probably saw Meghan as an asset, not a threat. Camilla and Kate have never been particularly close because William and Charles are not particularly close, but there was an opportunity for Camilla, Charles, Harry and Meghan to get a lot closer and for Camilla to act as more of a mentor to Meghan. But I also think it’s absolutely true that Meghan felt like the royals just threw her to the wolves, especially starting in late 2018. When she complained about people not checking in or asking how she was doing, she was speaking more about the smear campaign which was absolutely pushed by various royal courts, including Clarence House.

And never forget: Camilla wanted Charles to marry Diana because Cammy thought Diana was a mouse who would be easily manipulated. I wonder what Camilla saw with Meghan? 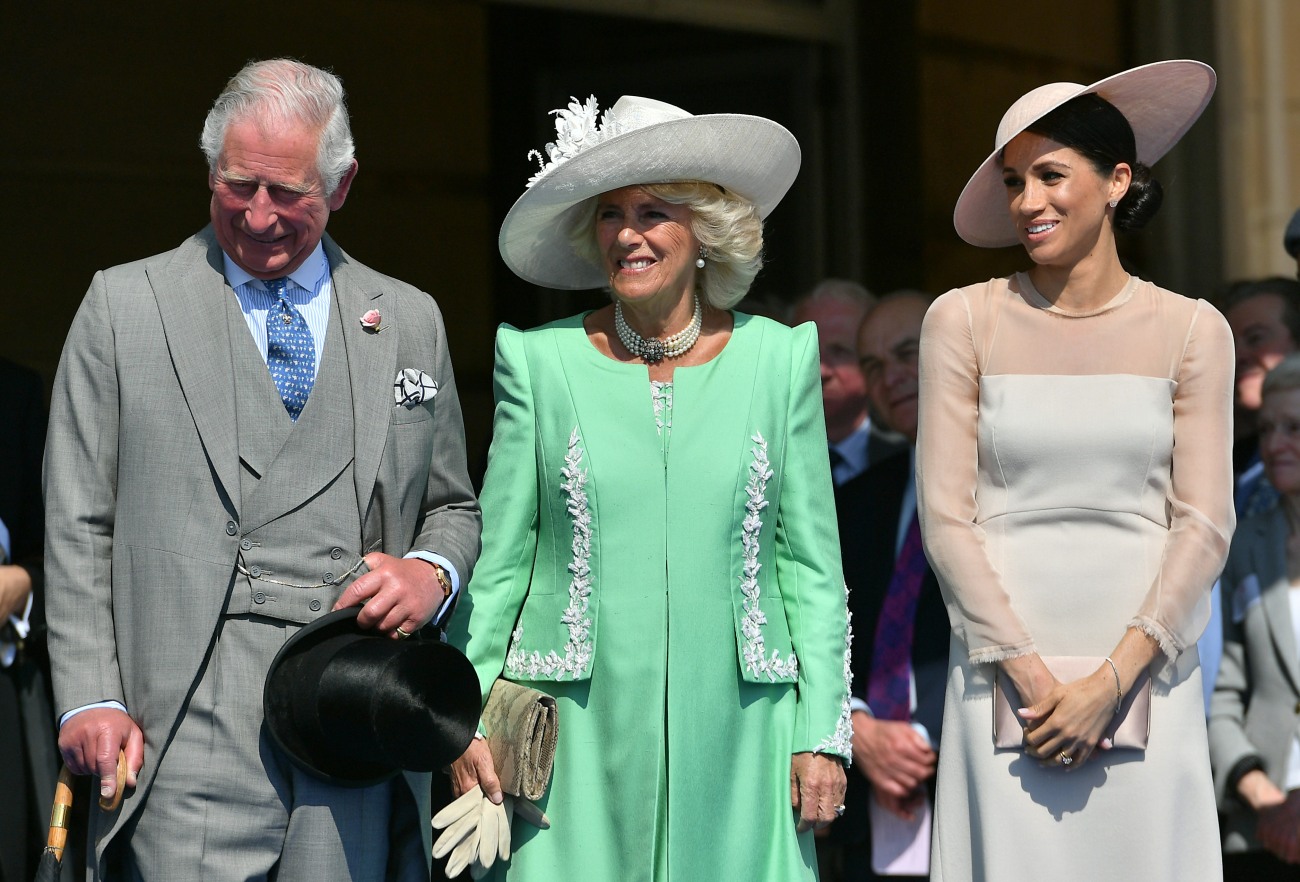