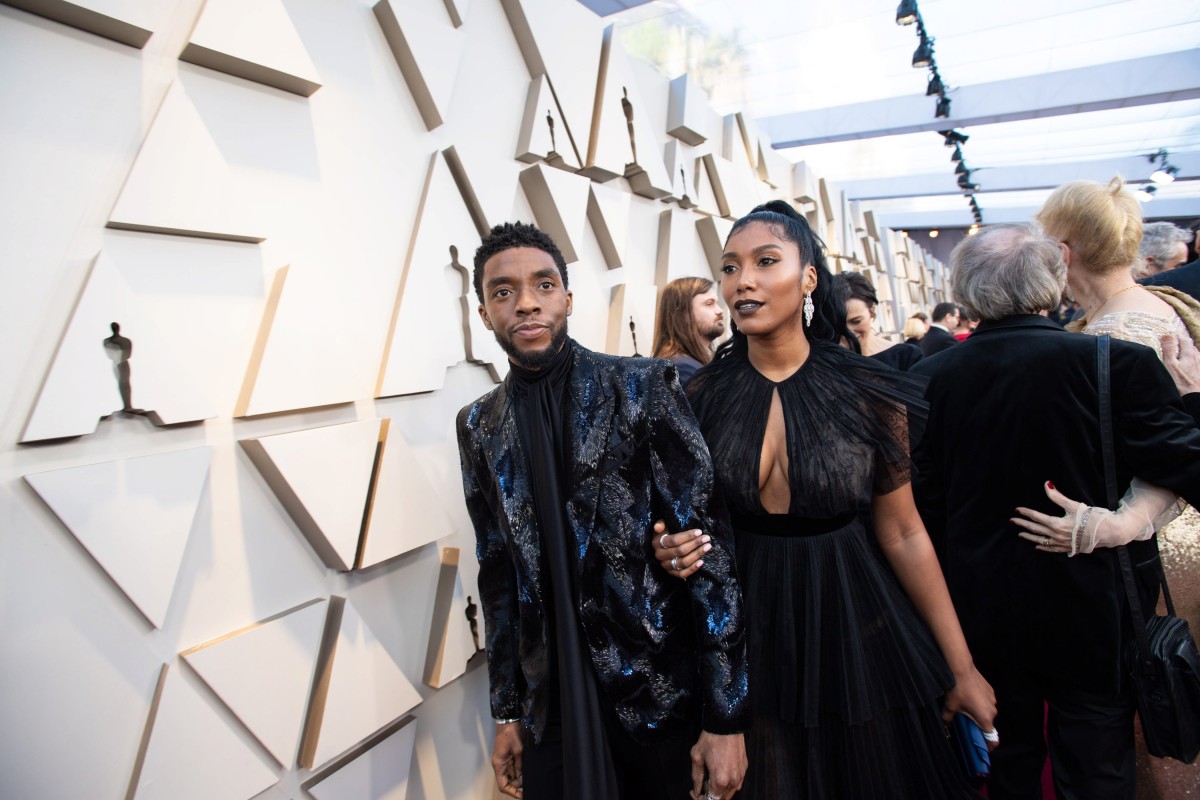 It was recently revealed that Chadwick Boseman married his long time girlfriend, jazz singer Taylor Simone Ledward. Boseman kept his cancer diagnosis secretfrom his fans and many of his costars and also kept his romantic relationship under wraps.

In their statement on Chadwick’s private account, Boseman’s family confirmed that he and Ledward married some time before his death. As if his untimely death wasn’t sad enough, learning about this really tore me up. Taylor and Chadwick have been dating since 2015. Here is the little bit we know about their relationship via People:

Ledward and Boseman were first spotted together in 2015, shortly after she graduated from Cal Polytechnic University Pomona, where she majored in music industry studies and served as the lead singer of the school’s jazz band.

Then in January 2019, the couple made their red carpet debut at the Screen Actors Guild Awards when Boseman was nominated for Black Panther. At the 50th NAACP Image Awards, later in 2019, the actor received the outstanding actor in a motion picture award for his starring role in the Marvel film and paid tribute to Ledward in his acceptance speech.

“Simone, you’re with me every day. I have to acknowledge you right now. Love you,” he said. Ledward mouthed back the words, “I love you.”

They got engaged in October 2019, according to PageSix, and made their final appearance together in February at the 2020 NBA All-Star Game in Chicago.

I haven’t been this sad about a celebrity death since Prince. I think even more so because Chadwick and I are the same age and he was in the height of his career. The fact that Chadwick wanted to seal his love to his now wife before death is a beautiful gesture. It is also equally as sad because they do not get to spend this life together. I love that she supported him throughout his illness. They had only been dating a year when he got his diagnosis.

Chadwick may have married Taylor before his death because he wanted to make sure she was financially taken care of after his passing. This makes it even more tragic we have lost someone with such a giving spirit. I hope that Taylor and Chadwick’s family feel the love from his many fans and friends. And I hope the many tributes to come, like the one ABC has done with Marvel, will help ease their pain just a bit.

I know a lot of his fans are asking Marvel not to recast the Black Panther with another actor. I agree. He made the role so iconic and I think it is too early to swap out actors. Since there are several story lines for the Black Panther, I am sure Marvel and Disney can find a way to appease the fans. In the meantime, I’ll keep eating cookies and crying into my red wine until this feeling of overwhelming sadness passes. #WakandaForever