Drew Barrymore on her talk show: ‘I tend to… shy away from soapboxes or know-it-alls’ 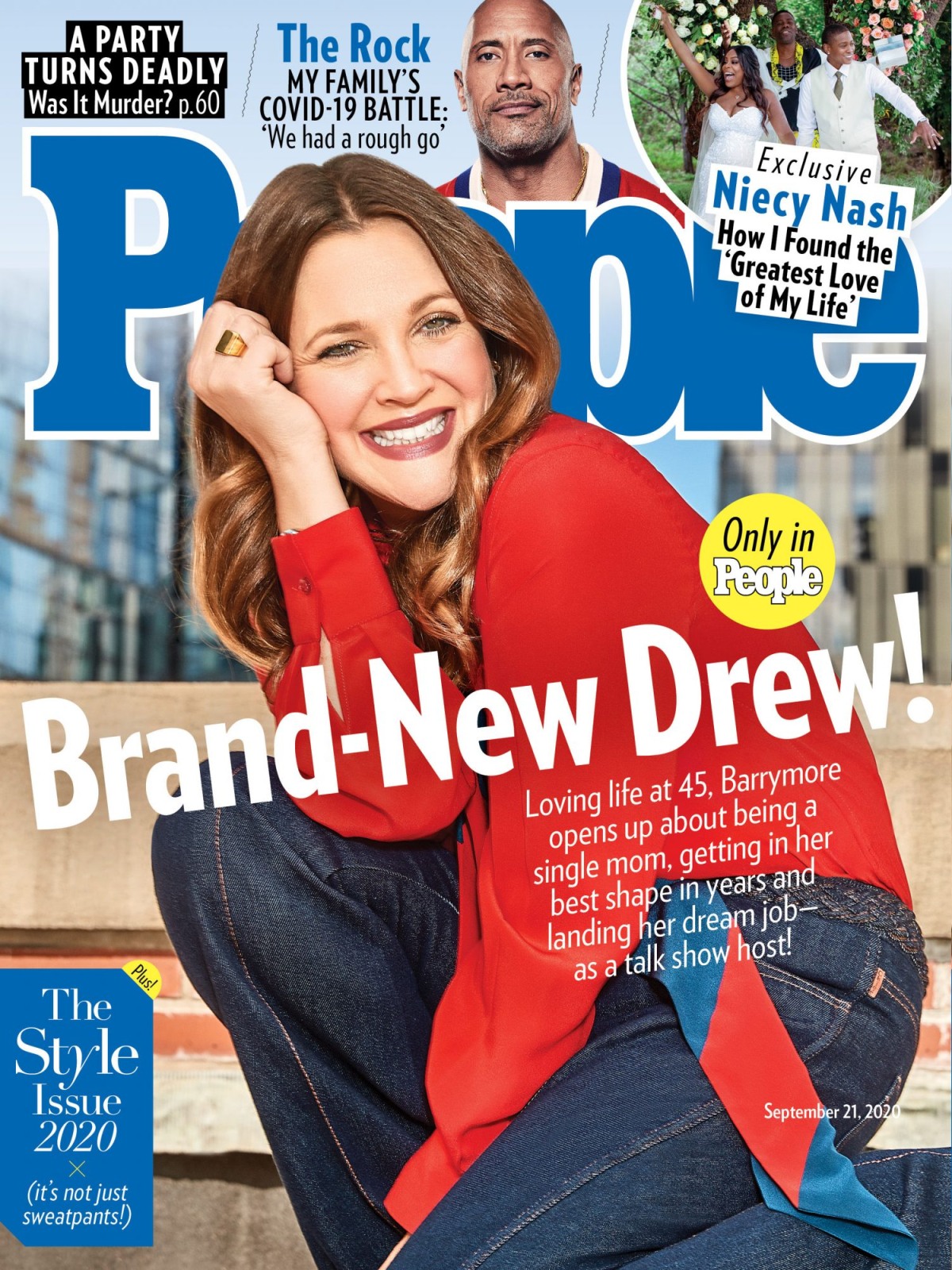 Drew Barrymore’s talk show debuts next week. I’m not looking forward to it! I mean, maybe it will work out. You never know when someone will catch lightning in a bottle and really figure out the perfect daytime talk-show persona. Megyn Kelly couldn’t do it. I feel like Kelly Clarkson is really struggling (she’s a terrible interviewer and pretty awkward in general). Ellen DeGeneres was a massive success at appearing likeable on-camera while being a monster behind-the-scenes. So what will happen with Drew? I imagine it will be petty wholesome and very positive, and probably way too sugary for my taste. But we’ll see. Drew got the cover of People Magazine to talk about the show and what she brings to the daytime talk-show table:

What most excites her: “…To be in a job where I don’t have to play a character. I just get to be myself. But I still have to prove myself. And I love that. If we come at this as students, I think that’s kind of the right tone for me, because I tend to also shy away from soapboxes or know-it-alls. I know everything is a work in progress, for me at least.”

The TMI issue: “I’ve had many times of my life exposed without my choice, and I’ve exposed things myself completely willingly. I will say I’ve found that perfect line [of] what is TMI. I started [in this industry] when I was in diapers. At 13, it was that sad sob story. And then I picked myself back up. I’ve been married, I’ve gotten divorced, I’ve raised myself, for better or worse. I have these two girls who are my entire universe. And it has all been out there.”

The content that interests her: “I get to do things that I care about. I get to share things that are important to me. I get to have conversations that are meaningful and grounded in reality. I get to bring comedy and humor. It’s funny, I always say in late night, you get that permission because everybody lived their life and you did a good job. ‘We’re going to put you to bed with some laughs.’ Uh-uh, I want to start the day that way.”

But don’t call her the boss? “I will never call this my show. This is not my show. I have never done anything in this life alone. You are just a kid sitting on your dreams alone in your space, and then you meet someone. And all of a sudden, the kindle and the spark happen, and then you talk to another person, and the flame gets a little bigger. That’s how you build things. I’m just one part of this great engine we’re building together.”

It will be interesting to see if Drew aims to appear to the churchy demographic, because that definitely seems to be her persona now – middle-aged wholesome mom, a sort of pleasant, flowery, unchallenging feminism and girl-power-lite. No sex jokes, obviously. Maybe some toilet humor. I actually think Drew might end up being a good interviewer? I’m really curious about this: “I tend to also shy away from soapboxes or know-it-alls.” Meaning what, exactly? She’s not going to talk in-depth about politics, clearly (nor would I expect her to), but she’s banning know-it-alls? No one with any expertise is allowed on her show! YIKES.

OUR STORY! THE MAKING OF the @drewbarrymoreshow told with my long time collaborator @22twentytwo22 Omar Lagda I am so excited to share this with you. I wanted to explain what this last year was. I wanted to be intimate and reveal this life changing year, and to try and find our voice. I truly believed we would not get here. And you will understand why as well if you watch. And I understood that. But how we convinced ourselves to keep working knowing it might never be, was an odd and beautiful liberating way to set the rule book on fire. So let me peel back the curtain! And try to bridge digital and broadcast, in this 4 part series. A mini documentary if you will. Made by us who work on this show! I wanted to share this journey, we are so privileged to be on with you. PS – There is a link in my bio to our You Tube channel where you can view the full episode! #drewbarrymoreshow

22 Responses to “Drew Barrymore on her talk show: ‘I tend to… shy away from soapboxes or know-it-alls’”