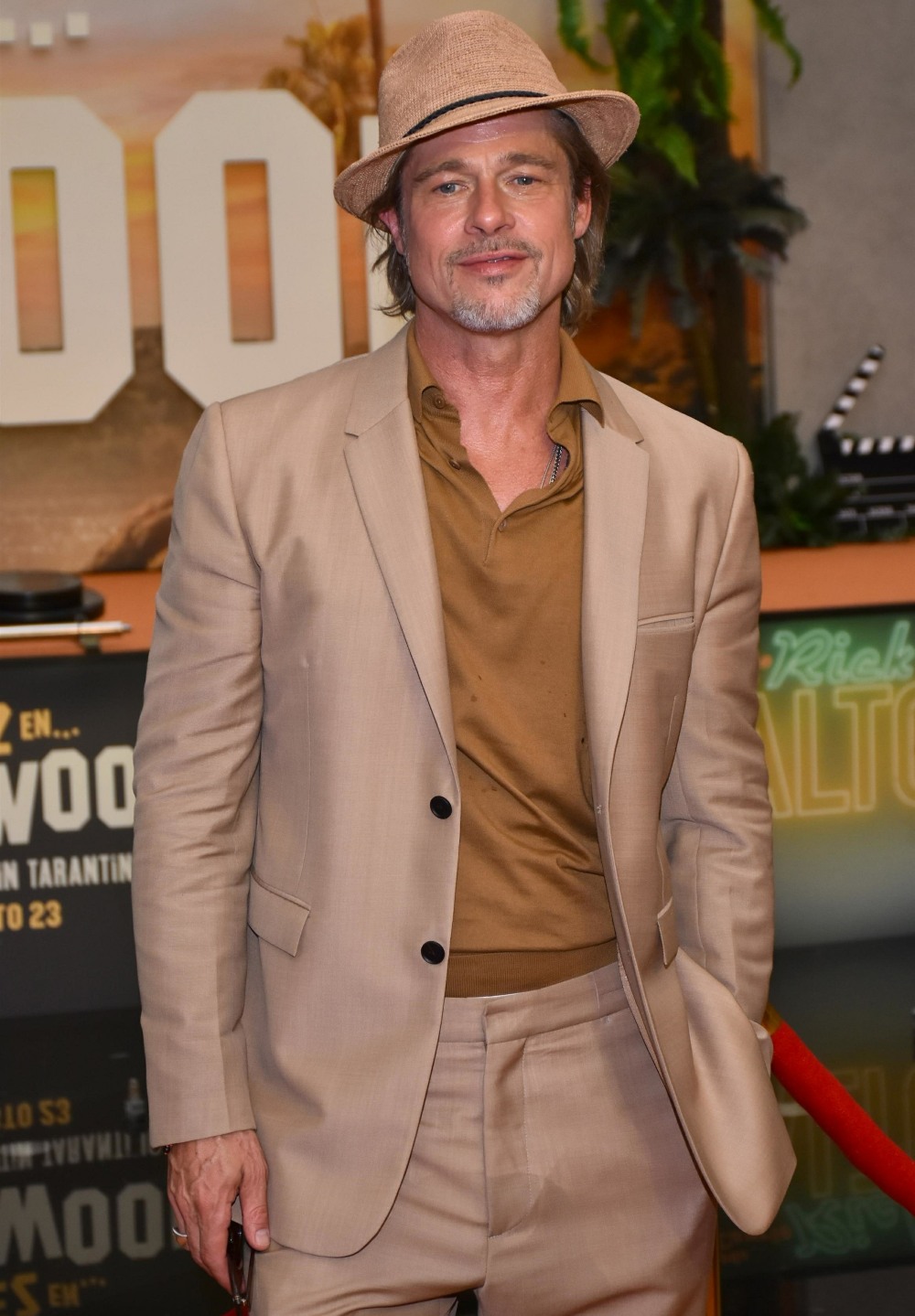 It didn’t take a gossip genius or a PR expert to properly assess the fact that Brad Pitt’s girlfriend-rollout blew up in his face. He wanted to look like a stud who can still “get” beautiful 20-somethings vaguely resembling his latest ex-wife. What he got was a thirsty, married hustler with daddy issues who is using him to get herself a modeling and Instagram-influencing career. It’s sort of beautiful and I love it. I also predicted that Brad’s old-media PR team would begin to pull back the girlfriend rollout, and that’s just what is happening in the current issue of Us Weekly. It’s amazing how bad Pitt’s team is at this:

“It’s currently a go-with-the-flow situation, and Nicole’s not running around yelling about her love for Brad from the rooftops,” a source exclusively reveals in the new issue of Us Weekly, noting that the twosome spent most of their time together in Los Angeles. “Nicole is there a lot for work. That’s where the bulk of her dates with Brad have been.”

The 56-year-old actor was first spotted with the 27-year-old German model last month. While they aren’t head over heels in love (yet), the source adds that there is a spark between them. “Going by what Brad’s been saying, they are totally falling for each other,” the source tells Us.

“Brad thinks Nicole is beautiful and kind,” the source says. “He has absolutely no plans nor any desire to ever get married again. Brad doesn’t want a girlfriend that he’s with every day.”

Poturalski, for her part, is also a parent, per the first source.

“They’re dedicated parents who fit in dating and other social engagements around their kids’ schedules,” the source tells Us of Pitt and Poturalski’s dynamic.

OH MY GOD. “Brad doesn’t want a girlfriend that he’s with every day” = hey ladies I’m a commitment-phobe who casually bangs married women, I’m such a catch, but you know you can’t stay the night, right? “It’s currently a go-with-the-flow situation, and Nicole’s not running around yelling about her love for Brad from the rooftops.” O RLY? Because someone is leaking sh-t from here to Germany and *someone* has been obsessively stalking her supporters on social media and posting IG selfies every day as soon as her name “leaked.” And a “go with the flow situation” is code for “Brad barely knows this woman, they just have sex occasionally.” As for that, “the twosome spent most of their time together in Los Angeles” = she comes to him and he doesn’t put any effort into the relationship. This is so gross.

Never stopping embracing life, laughing, making memories and try to see the good in people. No attention to bad energy, just smiles because life is too short.