Spain’s Princess Leonor & Sofia are in quarantine, days after returning to school 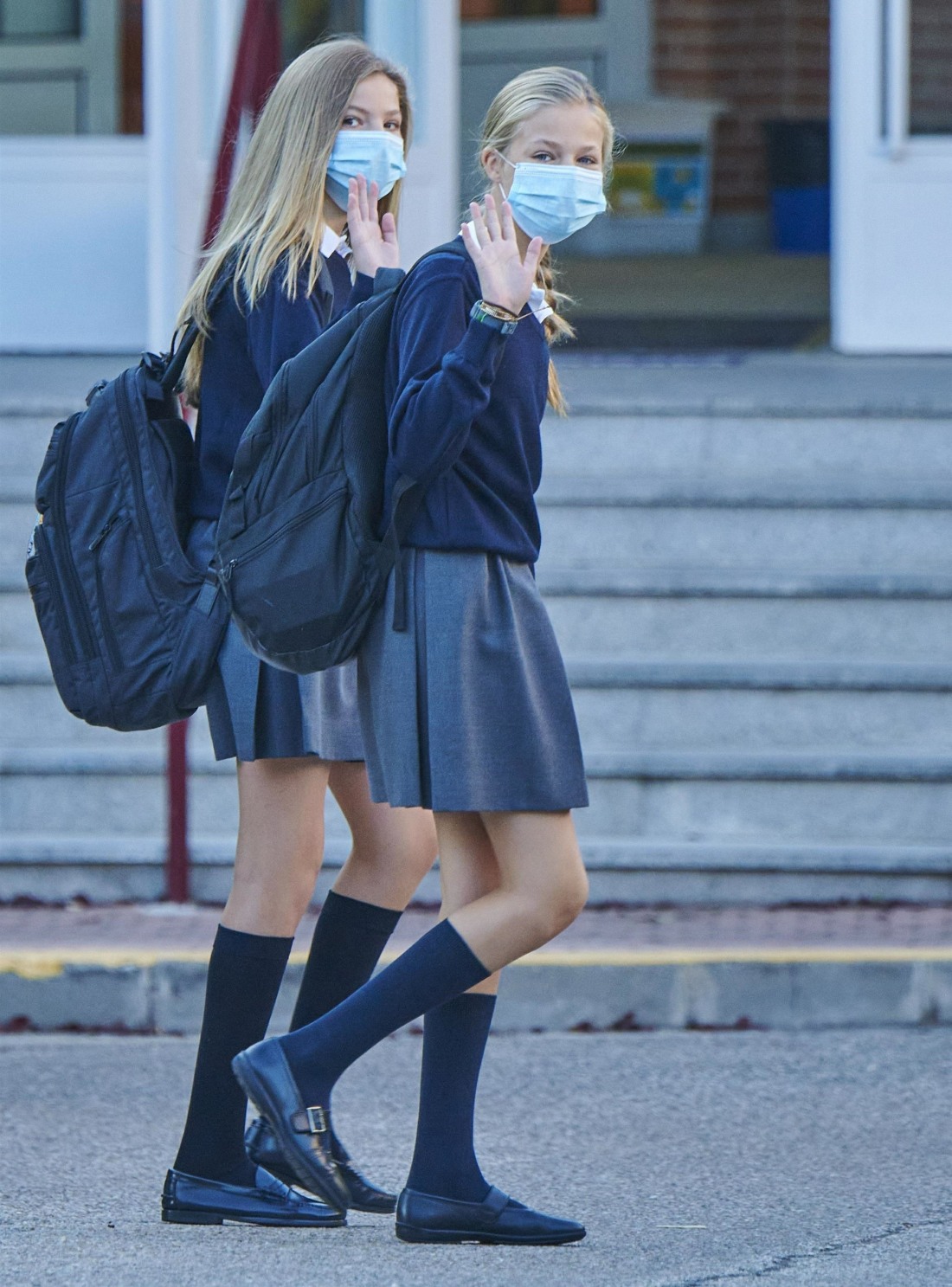 So many European countries did proper shutdowns for the pandemic and they really did the best they could to flatten the curve and keep their internal numbers from spiking. Those same European countries planned out their gradual reopenings this summer, and… as a result of those reopenings, there have been spikes in cases. In France, there have been close to ten thousand new cases just in a day. Spain just became the first European country to close the 500,000-threshold for positive cases. In the past week, Spain has confirmed nearly 50,000 new cases. And just like in America, the surge in cases is happening against the backdrop of kids going back to school.

Last week, Queen Letizia and King Felipe brought their two daughters to school in Madrid. Princess Leonor started 10th grade and Princess Sofia began 9th grade. I didn’t cover the photos of the school drop off because Letizia and Felipe didn’t get out of the car – they really did just drop the girls off, which is apparently the school drop-off protocol now in Spain. Everybody wore masks too, the kids, the teachers, the parents in their cars. And even then… Leonor was still exposed to the virus.

Princess Leonor of Spain will not be returning to school for in-person classes for the next two weeks after one of her classmates tested positive for COVID-19. The heir to the Spanish throne and her younger sister Princess Sofia, 13, will quarantine after heading back to school just days ago, the Royal House announced on Saturday. Leonor, 14, started 10th grade at the Santa María de los Rosales School in Madrid on Wednesday while her sister, 13, started the 9th grade on Friday. The two royals will continue to take classes online at home while awaiting their coronavirus test results.

“Given the detection of a positive case of COVID-19 in one of the students in Princess of Asturias’ class, the School Centre has recommended to the parents that the students of the aforementioned class do not attend for the next 14 days,” the Royal House shared in a statement, according to Hello!

“The Princess of Asturias will follow the regulations and health guidelines imposed in Madrid, as will their Majesties the King and Queen and the Infanta Sofía,” the statement said.

Leonor went to school on Wednesday following months of being forced to skip class due to the coronavirus pandemic. She stuck to the exact rules as all Spanish children over the age of six and wore a face mask throughout, before having her temperature taken by a school official. Sofia and their father, King Felipe IV, 52, also followed the school’s strict COVID rules and didn’t step out of their car, El Pais reported. Leonor’s mother Queen Letizia, 47, decided to not make the journey on Wednesday for the exact same reason.

Well, at least it’s just a precaution at this point, and Leonor hasn’t tested positive (that we know of). This is an awful story for the Spanish princesses and I feel so sorry for them, but it’s going to happen across the world with school reopenings, and I know for sure that the American public school system was simply not built to handle this. And all of the parents trying to get back to work too… Jesus, what a mess. And there’s no answer, and no end in sight. 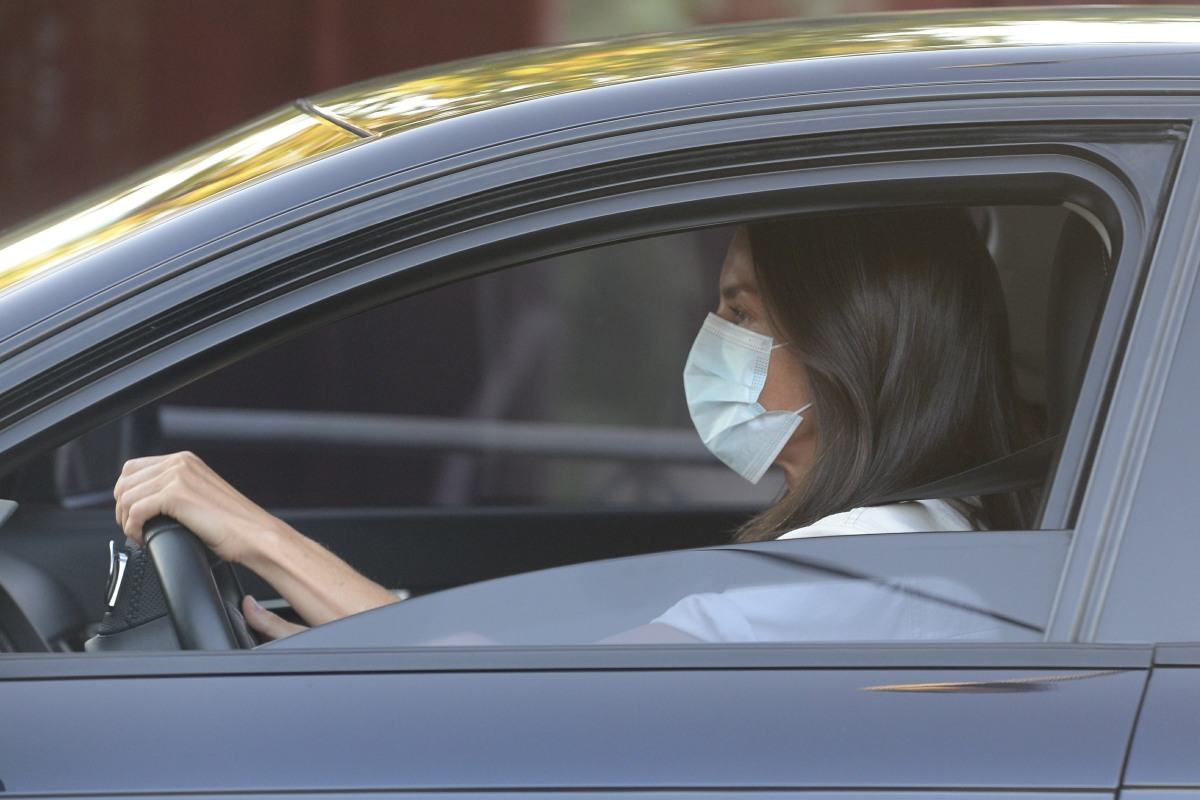 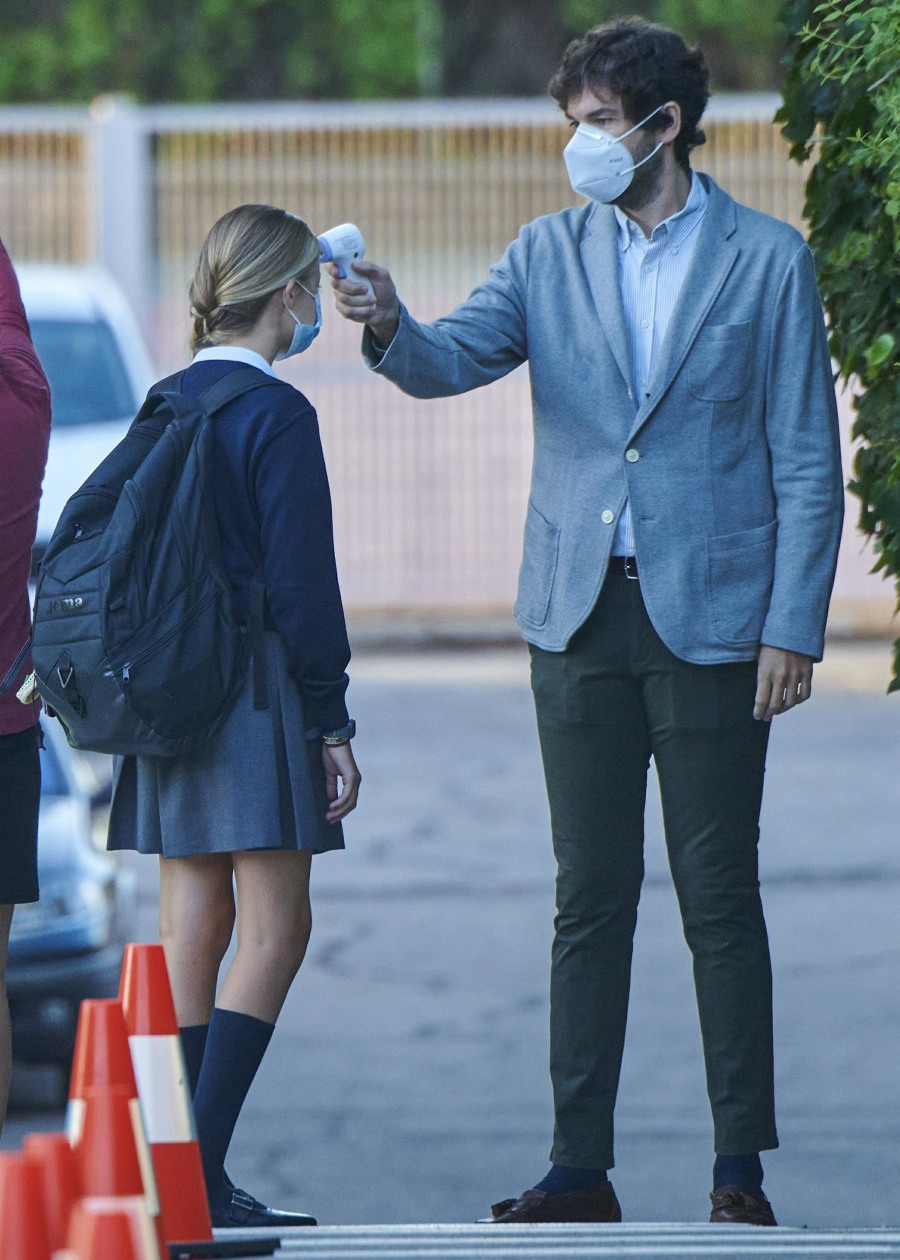 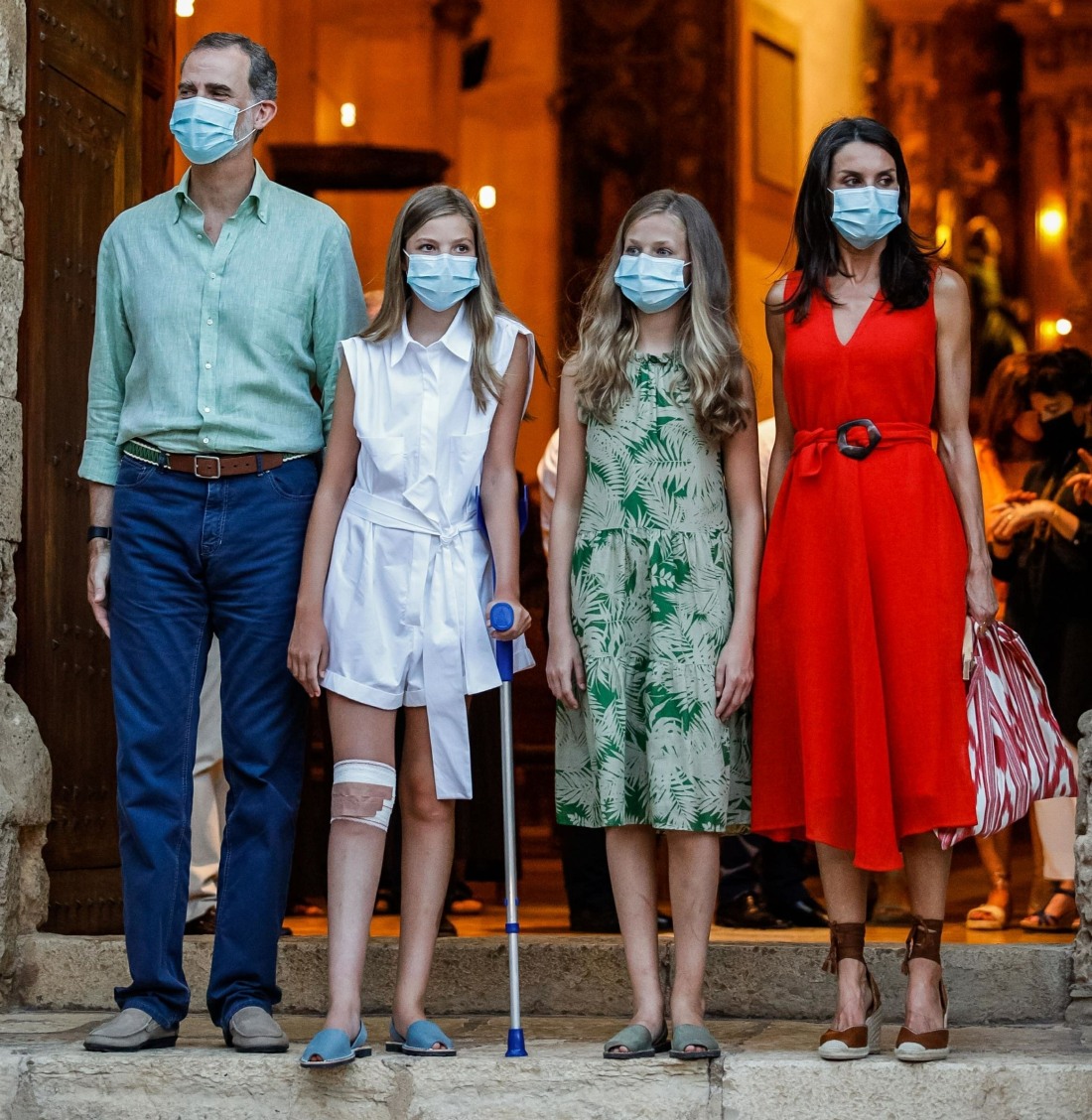 48 Responses to “Spain’s Princess Leonor & Sofia are in quarantine, days after returning to school”