It looks like Matt Smith went on a date with Emilia Clarke & they’re both single? 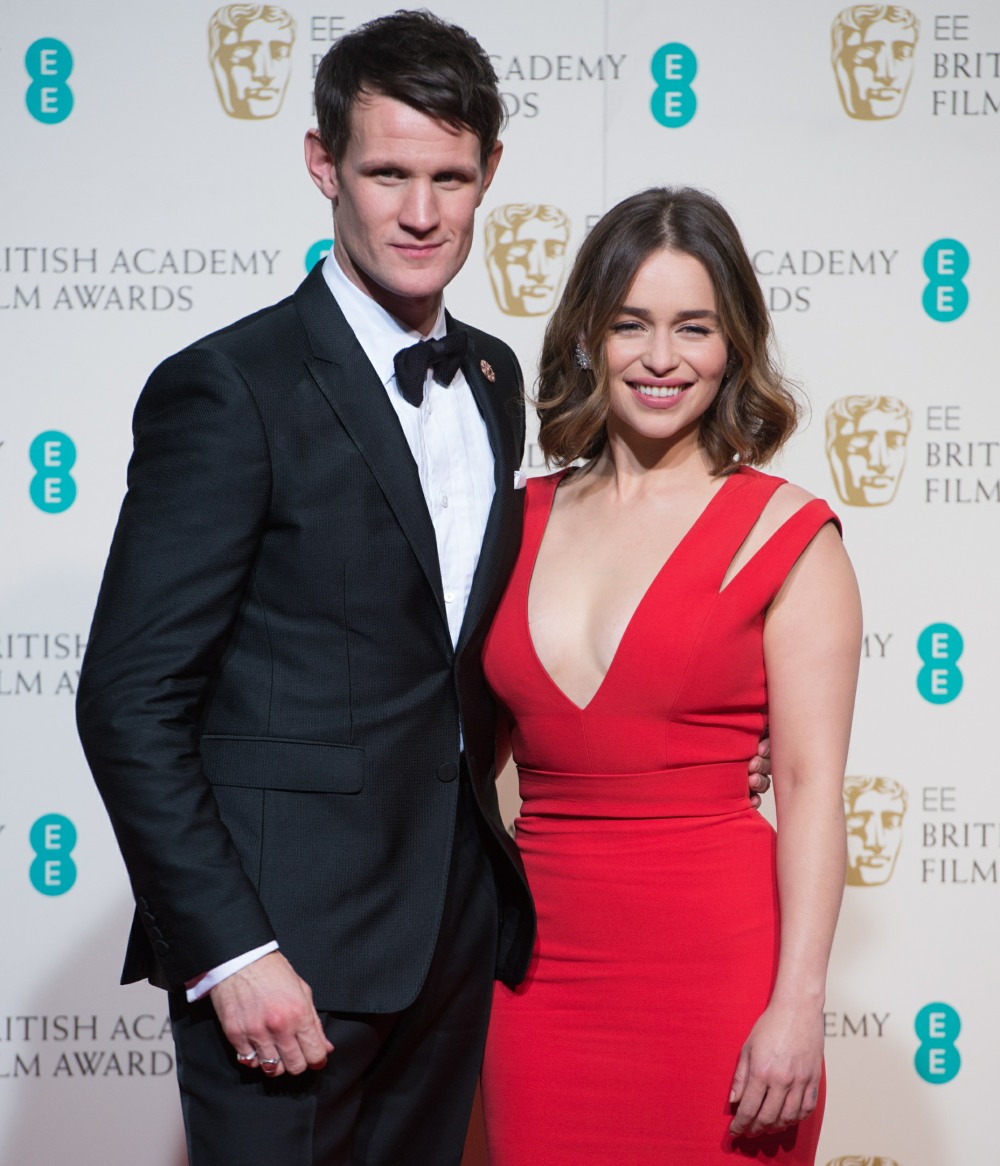 Matt Smith’s appeal, to me, is comparable to Benedict Cumberbatch’s appeal. They are objectively weird-looking and not-traditionally handsome dudes, and yet something about their talent and the way they carry themselves is very sexy and appealing. Matt Smith seems more like a “ladies’ man” than Benedict though – Matt seems to have a series of on-set love affairs which turned into real relationships. He had a years-long, serious, live-in relationship with Lily James, and it ended last year at some point, amid rumors that he was quite close (perhaps even romantically involved) with his Crown costar Claire Foy (who had recently split with her partner). Now it looks like he might be involved with another former costar: Emilia Clarke. Damn!

The Crown met The Throne as stars of two of the biggest international TV hits enjoyed a night out together in London. Matt Smith, who played Prince Philip in The Crown, spent the evening with Emilia Clarke, Princess Daenerys Targaryen in Game Of Thrones, sparking speculation of romance.

The pair – who appeared together in the 2015 movie Terminator: Genisys – were all smiles as they sauntered through Soho together on Friday night after enjoying dinner at the Russian-inspired Bob Bob Ricard restaurant. He split from actress Lily James nine months ago, having previously dated model Daisy Lowe, the daughter of rock star Gavin Rossdale.

I think it’s possible that Matt and Emilia are happening – as far as I know, she’s single following her split with Charlie McDowall last year (Charlie is also Rooney Mara’s ex, Rooney dumped him for Joaquin Phoenix). Matt is single too, if we believe that his thing with Claire Foy was just a friendship which may have briefly gotten way too close. I’ve also long believed that the British acting world is just super-small and they all date one another at some point. Of course, Matt and Emilia could just be friends. Who knows. But I wouldn’t hate them together!

The Crown met The Throne as stars of two of the biggest TV hits enjoyed a night out together https://t.co/hroNGVuT8s 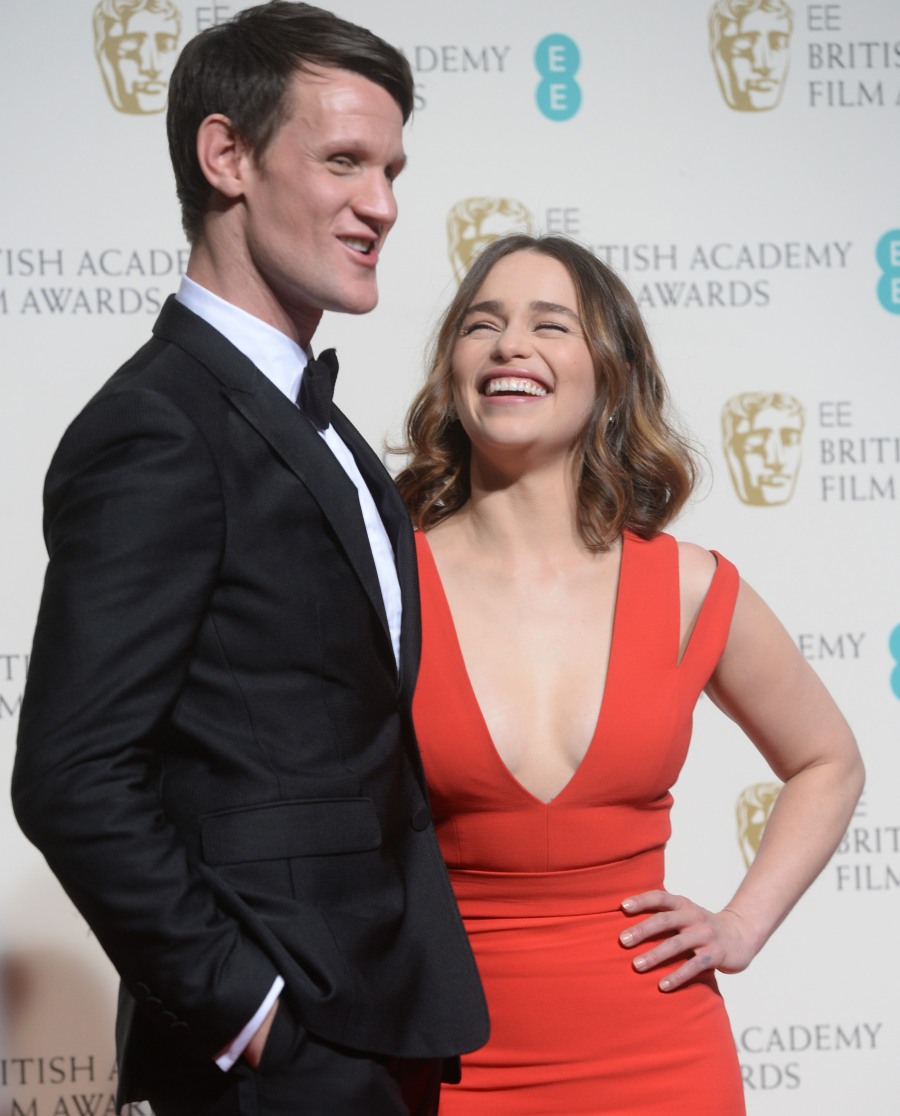 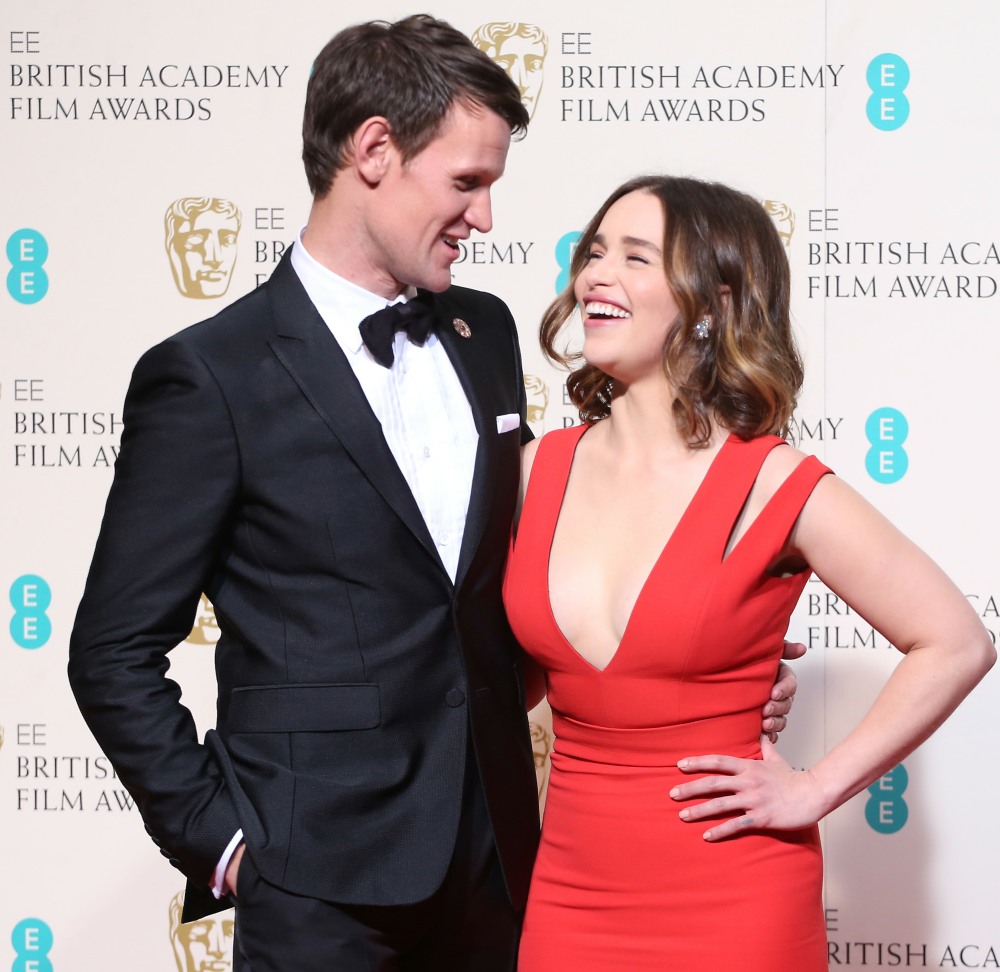 36 Responses to “It looks like Matt Smith went on a date with Emilia Clarke & they’re both single?”