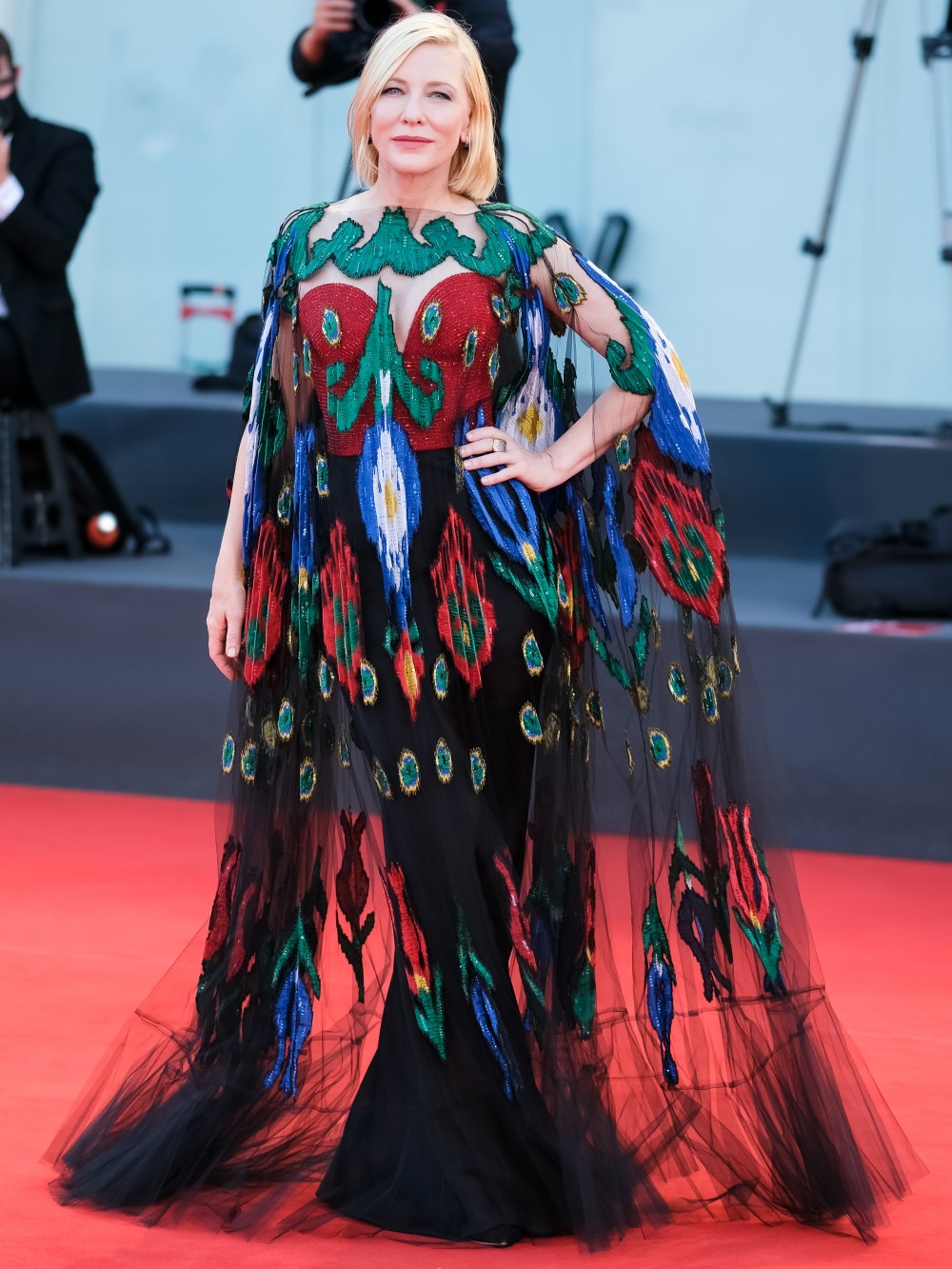 Even though the pandemic is still raging in large swaths of the world, the past few weeks have seen people attempt to go back to some kind of normalcy. The NBA Bubble has been largely successful, as was the New York bubble for the US Open. The Venice Film Festival became the first major film festival to try to do some kind of “business as usual” – they held actual premieres, with people, and did real red carpets. I’m not aware of a spike in coronavirus cases in Venice, so everything seemed to go pretty well, although obviously, there weren’t tons of people there. The festival gave out their awards on Saturday – Chloé Zhao’s Nomadland won the Golden Lion. You can see the other award winners here.

For the final ceremony, jury president Cate Blanchett went all-out in this striking Armani look. The red bodice combined with the multicolor ikat sheer poncho/cape – wow. I’ve really enjoyed Cate’s fashion recycling, but I appreciate that she’s thrown in a couple of new-to-us looks, and this was the show-stopper for the final night. Well done! 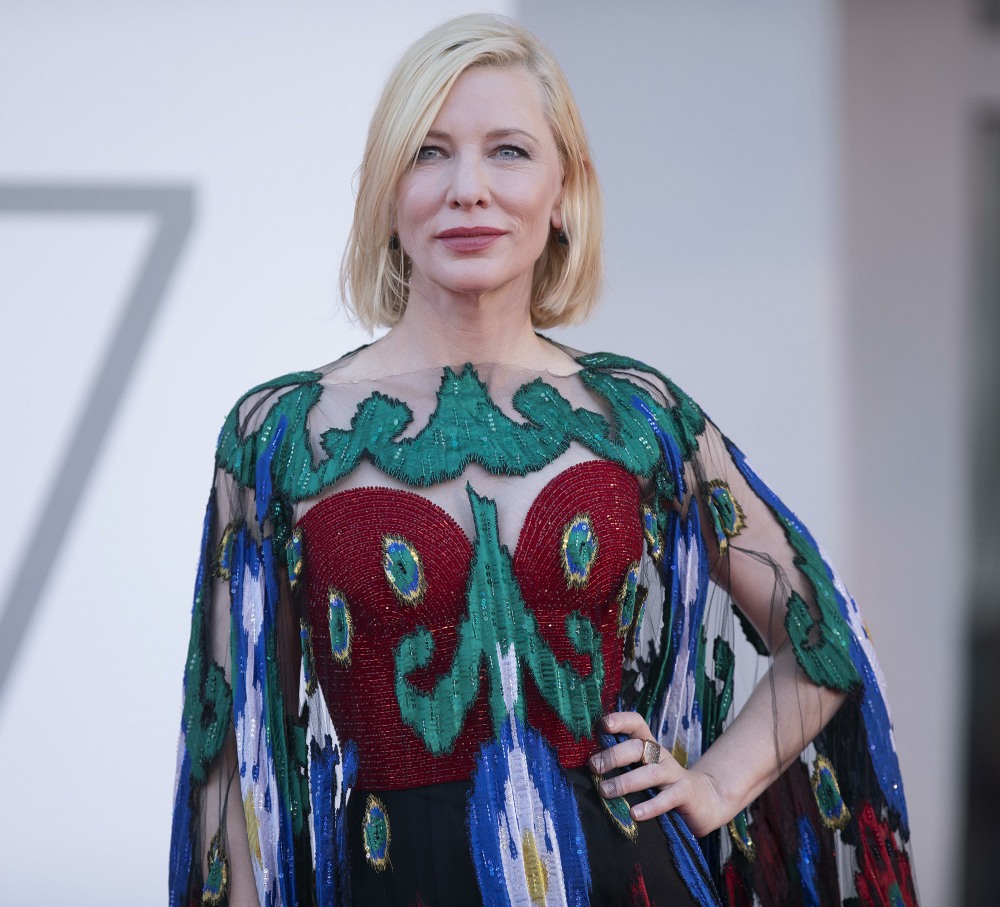 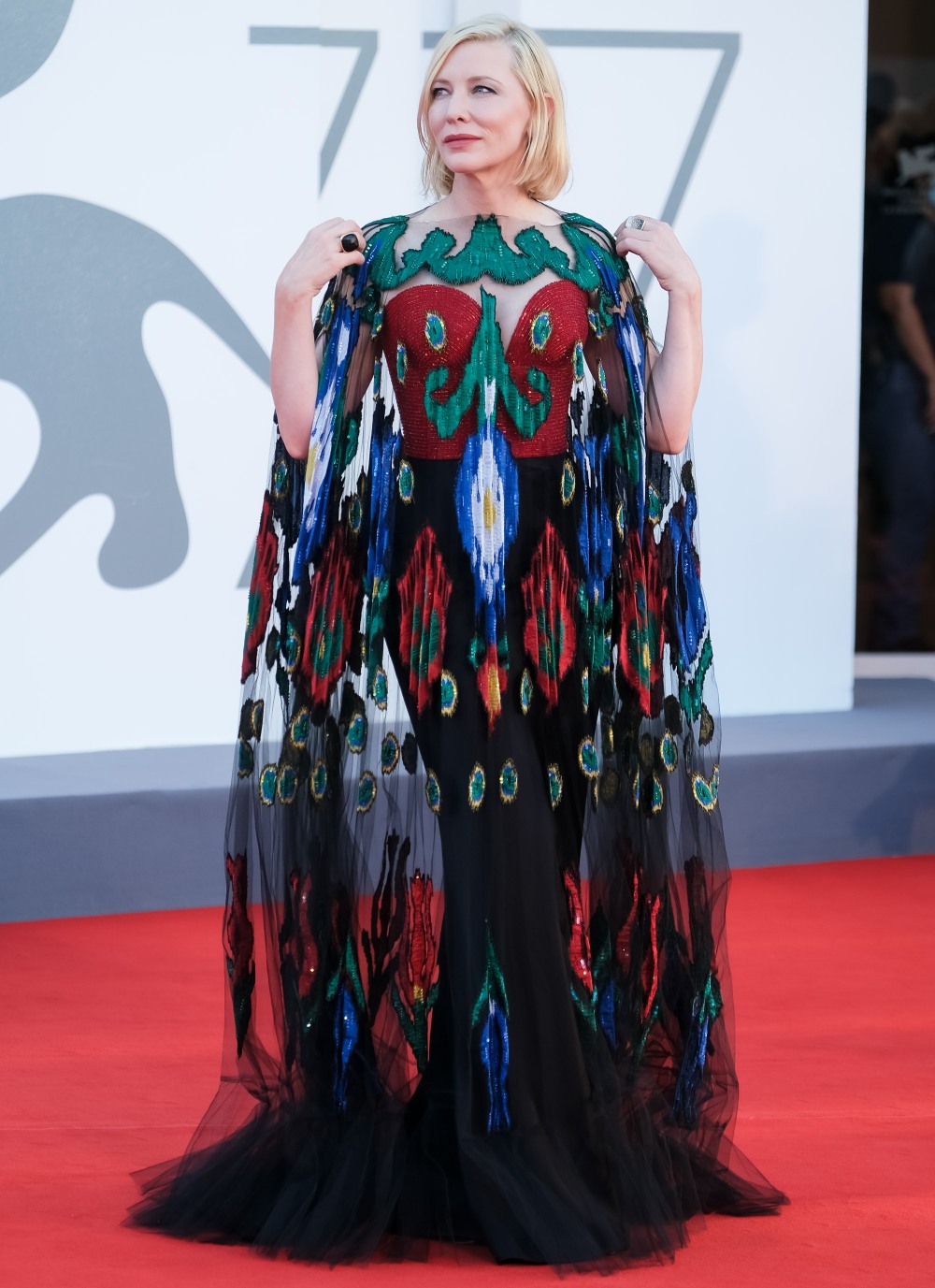 Bonus: Vanessa Kirby in a simple, sleek black gown and a red lip. I’m a big fan of Kirby but I feel like her red carpet styling just needs a little something extra? But in a pandemic, this is more than fine. 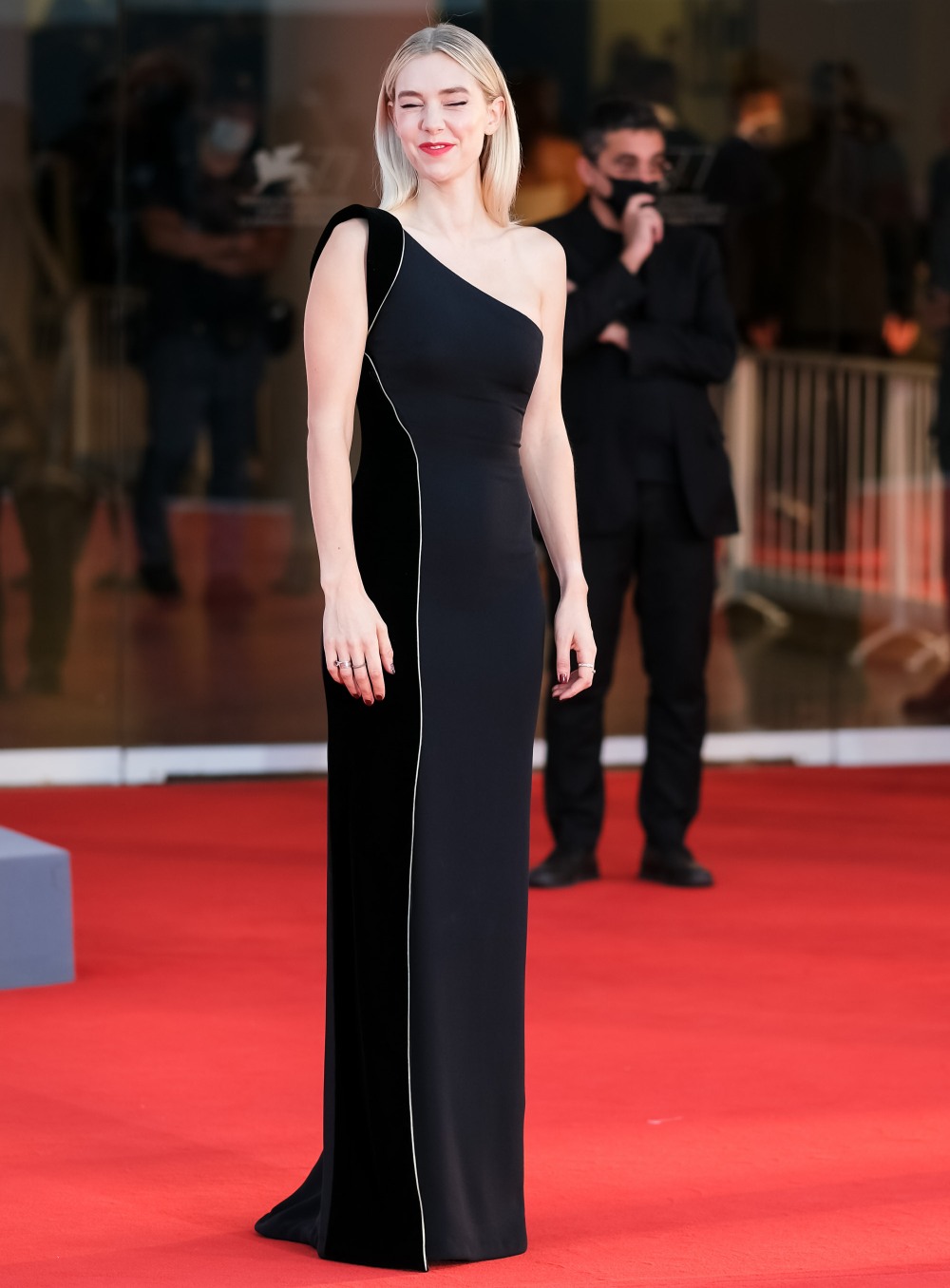