People: Katie Holmes’ boyfriend Emilio was still with his fiancee in mid-August 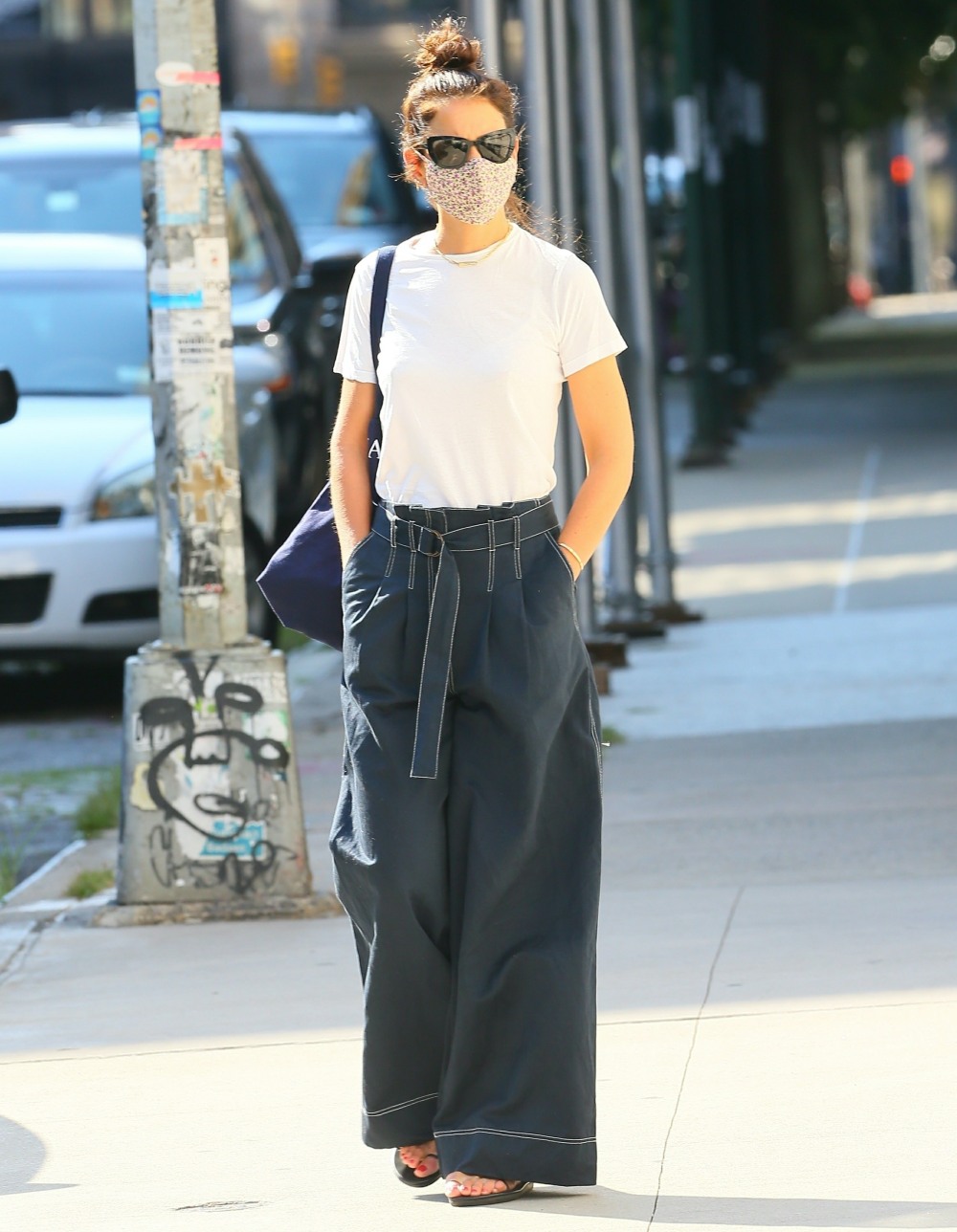 I have no idea how long Katie Holmes has been doing *something* with Emilio Vitolo, but the public part of their romance was only revealed less than two weeks ago. That was when we saw Katie out on a flirty date with Emilio, drinking wine and laughing and looking quite happy. Within the next few days, there were other dates and other photos, this time of Katie sitting in Emilio’s lap, with lots of kissing and affection. I think most of us were like “nice, good for her.” But then last week, the Daily Mail had an exclusive: Emilio had a live-in fiancee whom he dumped just as the photos with Katie Holmes were being published. It was a mess! And now it’s even worse: People Magazine has picked up the story!

Katie Holmes new rumored beau was engaged just weeks before the two were first seen together. Holmes, 41, was first spotted enjoying a date with N.Y.C.-based chef and restaurant owner Emilio Vitolo, 33, early this month, with two more sightings coming quickly after. The two were most recently spotted kissing on the street in New York City, with both bringing their face masks down momentarily to share a sweet kiss. The happy duo was also seen laughing and smiling together during the sighting.

Their outings come just weeks after Vitolo was seemingly engaged to designer Rachel Emmons. A source tells PEOPLE the two were still together days before Holmes was first seen out with the chef.

“In mid-August, Emilio and Rachel were still engaged and living together,” the source says. “He broke off the engagement abruptly the second Katie showed some interest. Rachel is shocked. They were planning a wedding and their future together. It’s like she never knew Emilio. They haven’t had any contact since he broke up with her.”

Emmons also posted loved-up pictures on her Instagram before the sighting. The designer most recently posted with the chef on July 27, showing off a gorgeous sunset behind the couple as they sat in a boat. The day before, Emmons once again posted with Vitolo, this time in a restaurant with the chef leaning in close to her and smiling widely for the picture. Vitolo left a comment full of red hearts on the July 26 post. According to Emmons’ Instagram, the pair seem to have gotten engaged in February 2019, with the designer showing off her ring in a sweet selfie of the two smiling.

“The most celebratory, generous, honest, genuine person I’ve ever met. You always have my back and make every day a new adventure. You walk into a room and people gravitate to you. I couldn’t feel more lucky to spend the rest of my life with you,” Emmons wrote alongside the selfie.

Wedding planning was on just two months later when Emmons posted a shot of wedding gowns at a Monique Lhuillier Bride store. In July that year, Emmons posted a shot of her wearing a jean jacket with the words “Mrs. Vitolo” on the back. It’s unclear when the couple called off their engagement, as Vitolo was first seen with Holmes on Sept. 1.

You know the sh-t has hit the fan when People Magazine picks up a story introduced by the Daily Mail. And why not? While People Mag is on Katie Holmes’ side simply because she’s the biggest name in this love catastrophe, they’re not taking any bold stand by simply reporting the weirdness around the timeline. Plus: jilted, photogenic fiancees sell magazines too! Anyway, I have no idea what Katie knew then or what she knows now. I think we’ve seen before that she can sometimes get dickmatized and I hope this is a quick wakeup call that Emilio seems like a massive douche.

PS… I looked at Rachel’s Instagram and it appears as if she’s already scrubbed every post about Emilio and their engagement. Hm! 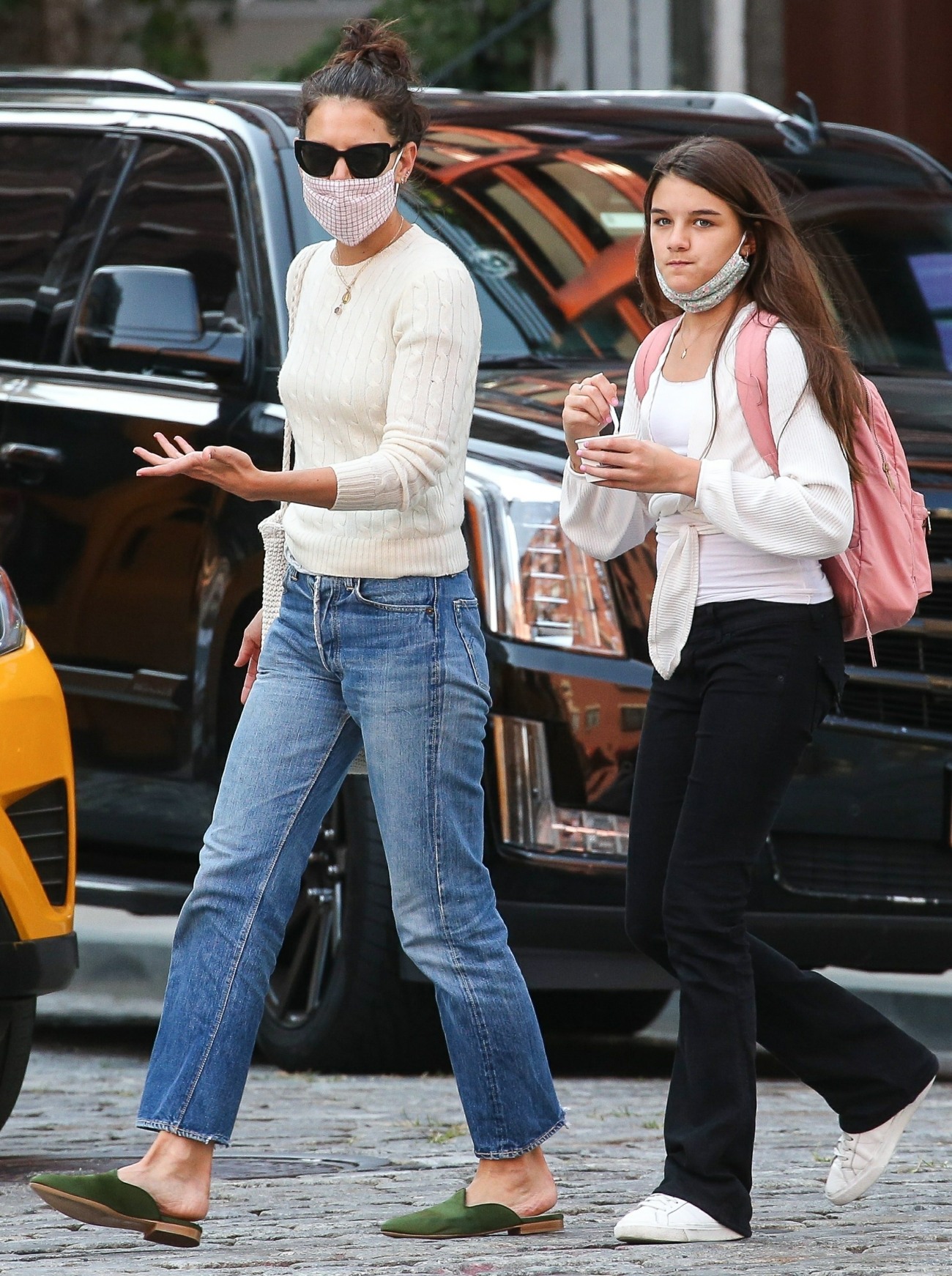 37 Responses to “People: Katie Holmes’ boyfriend Emilio was still with his fiancee in mid-August”