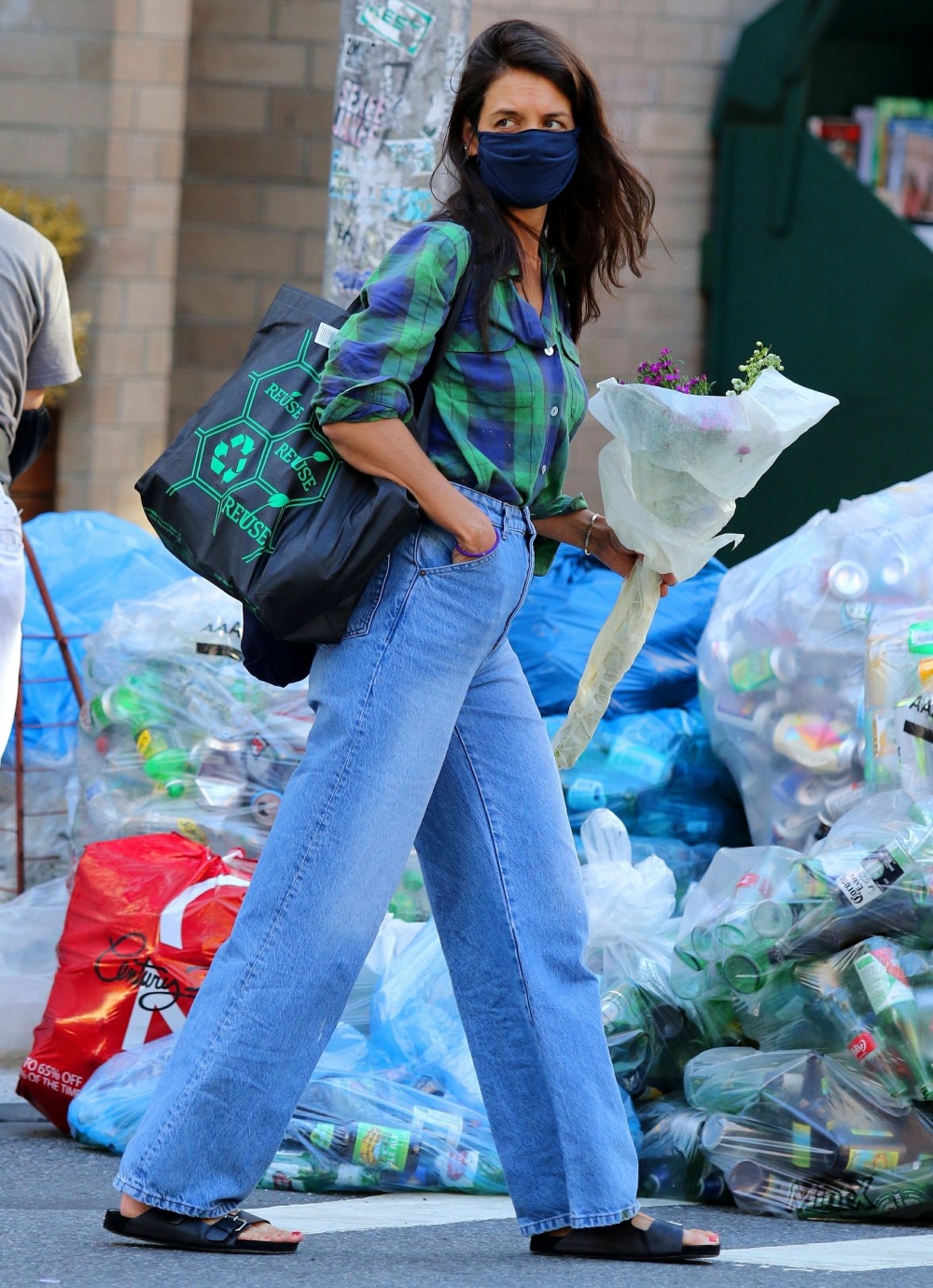 We discussed Katie Holmes’ new relationship with Emilio Vitolo Jr. the other day. Katie has been surprisingly public with Emilio – they were photographed on a wine-drinking date, and then days later, there were a number of “exclusive” photos of Katie and Emilio kissing. He’s 33 years old and a chef/restaurateur and she’s 41 years old and a single mom. I was just happy that she was getting some and having fun. But did you know that Katie Holmes is a terrible homewrecker who forced her young lover to dump his fiancee? It’s true!

Katie Holmes’ new boytoy has been branded a ‘cheater’ who was engaged to be married and callously dumped his fiancée by text after pictures emerged of him canoodling with Holmes outside a New York restaurant, DailyMail.com can reveal. DailyMail.com published exclusive images of Holmes getting handsy with her new squeeze restaurateur, chef and aspiring actor, Emilio Vitolo Jr. yesterday.

Now DailyMail.com can reveal that for Rachel Emmons, 24, they were further painful proof of the relationship that first came to public attention last week and led to the devastating end of her engagement to the man she once described as ‘her world.’ According to a friend who asked not to be named: ‘Up to this press coming out Rachel had no idea what was going on. He is a cheater, and this isn’t a ”happy ending” story.’

The friend said the pretty designer had ‘devoted her life’ to 33-year-old Vitolo and the couple not only lived together, but had shared a puppy together since last May.

Rumors that Holmes, who at 41 is almost ten years Vitolo’s senior, and the chef were romantically involved were first sparked when the pair were spotted outside the restaurant Peasant in New York last week. But, according to the friend, Emmons believed that she was getting married to Vitolo until his romance with Holmes ended that.

The friend said, ‘They had concrete wedding plans in the works…now she is just left with bad press and forced to move home.’

DailyMail.com understands that Vitolo texted Emmons the day the pictures were published, perhaps aware that his relationship with Holmes was about to be blown wide open.

He sounds like a douche. I was just joking about the homewrecker thing, but in all seriousness, he gives off a starf–ker vibe, like the kind of guy who will dump a live-in girlfriend when he gets a shot with someone like Katie Holmes. Reminiscent of the way Justin Theroux tossed aside his live-in girlfriend Heidi Bivens for Jennifer Aniston, honestly. It does beg the question… is Katie Holmes doing an Aniston-esque boyfriend rollout with a shady dude? Hm.