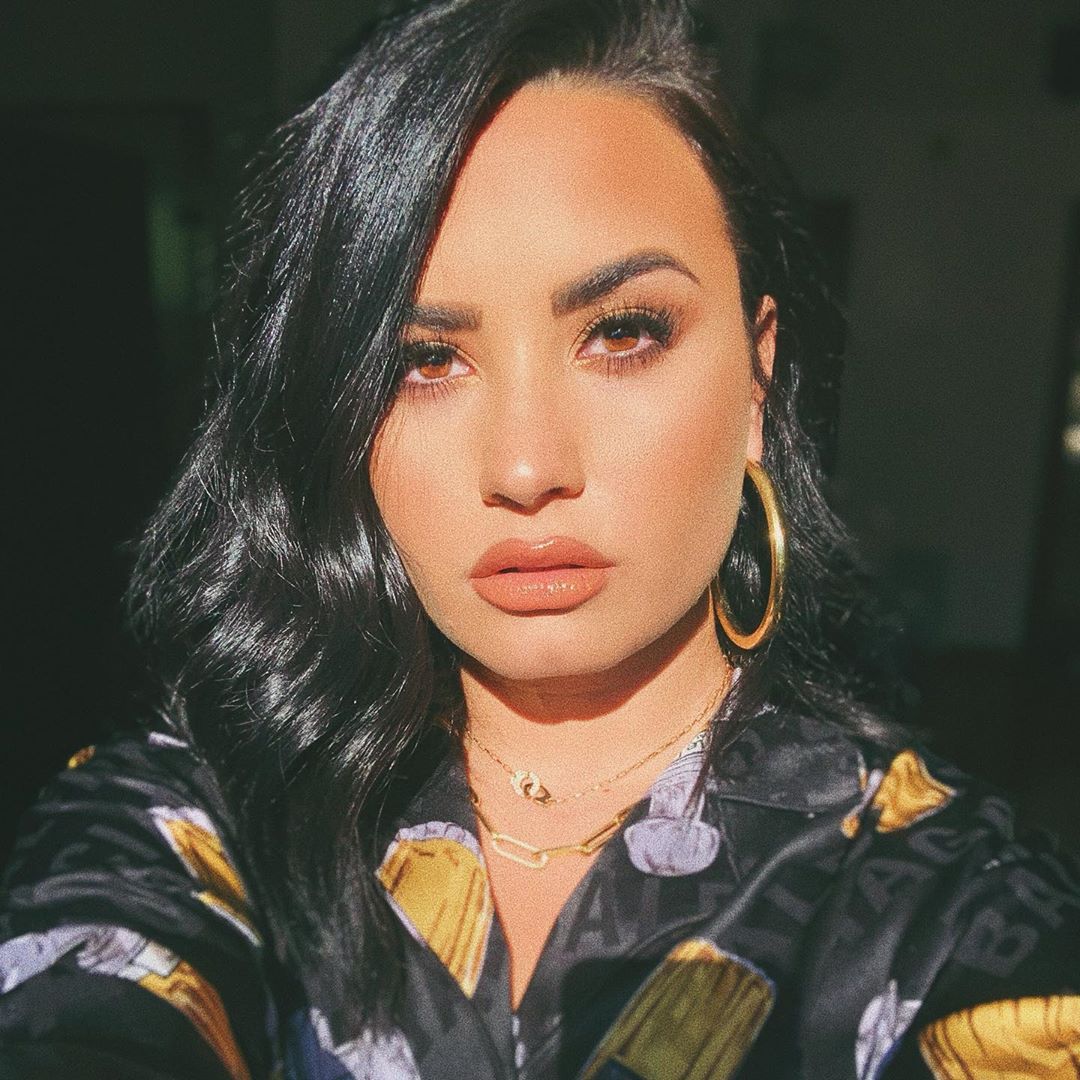 I feel like Demi Lovato gets a bad rap because she’s been combative in the past. She nearly died a couple of years ago, we easily could have lost her and I don’t think people remember or consider that. That’s not to say that she’s beyond reproach or that she’s not still rude sometimes. I just see that she’s come back from a really dark place, that she’s maintained her sobriety and worked on herself. Anyway I like her! I like that she gets salty with people, that she’ll talk smack and that she stands up for herself. Demi has a new interview with PopCrush that I wanted to talk about. She’s promoting her new single with Marshmallow, “OK Not To Be OK.” A lot of outlets are running with the line that she is not wearing a white dress for her upcoming wedding, which I’ll talk about in a moment. To me the takeaway was that she’s used suicide prevention hotlines so this cause is personal to her.

She was asked what she would tell her younger self
I talk to my younger self on a daily basis. The background of my phone is me and my younger self. It’s so important that I changed the narrative of my story. For some years I felt like my story, my choices my decisions, that defined me. I realized that’s absolutely not what defined me. The person that I am today has grown so much and learned from the path that I’ve been on.
I would tell my younger self ‘you are loved, you are worthy, you are beautiful.’ I do remind myself on a daily basis to embrace the physical body and physical self that you are today. Just holding on to the moments, being present.

She was asked what she would tell someone who is not ok
Please call the National Suicide Prevention hotline it’s 800-273-8255 (800-273-TALK) It’s a call that I’ve used before, even anonymously being in the spotlight. I have used it at times where I felt like I couldn’t turn to the people around me. It doesn’t matter who you are, there’s someone on the line that’s going to help you come through these times. We cannot seek permanent solutions for temporary problems.

On her wedding and dress plans
With the pandemic on one hand I would love to elope because my life is so public and I want to keep it sacred between me and him. On the other hand I want my family and friends to be there for a celebration but I can’t do that until the pandemic is over. I have my image for what I would want it to be if I got to do a big celebration. I don’t want to give it away but it’s definitely not a white dress.

[From PopCrush video on air.tv]

I looked through our past coverage of Demi and did some googling. While she’s admitted to being suicidal and she’s spoken out about mental health many times, I don’t think she’s previously said that she’s used the hotlines. This was a cool thing to admit and I really like the new song! The video features her going back to her childhood-like 90s bedroom and hanging out with her younger self. It’s cute and catchy. I’ve always liked Demi’s music.

As for her wedding, I think she should take a beat before marrying this guy. They met early in lockdown, they’ve been together six months tops and it just feels too soon. Plus she just bought a huge amazing house less than a month ago. That’s a lot of changes in a short time. Maybe she should wait to get married until after the pandemic. I also hope she has a prenup.

She has always been a good Democrat.

“We are in a battle for the soul of this nation. But together it’s a battle we can win” – 💗 you @kamalaharris 😊💖 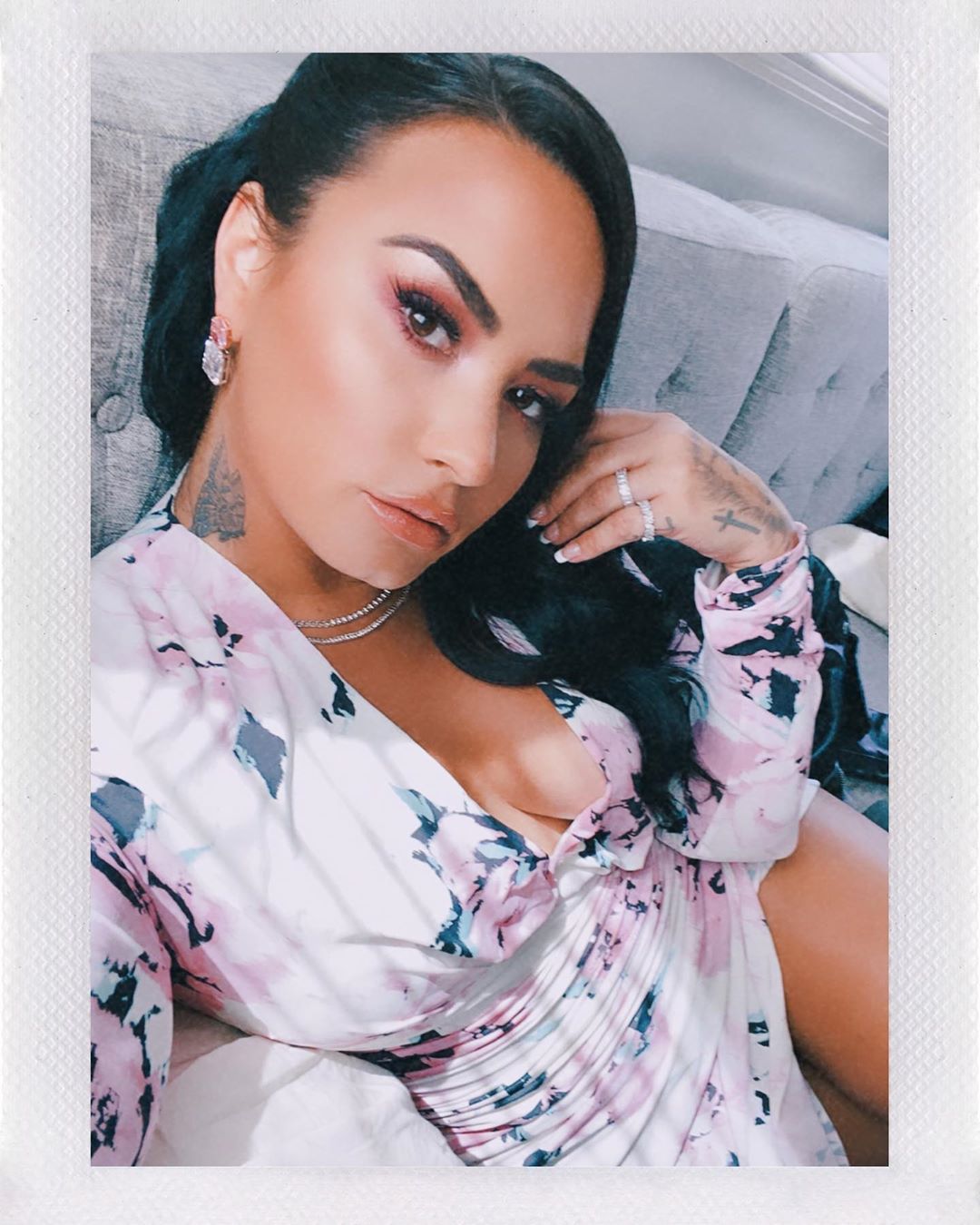 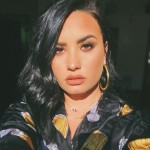 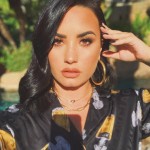