Chris Rock blames the Democrats for ‘letting the pandemic come in’ 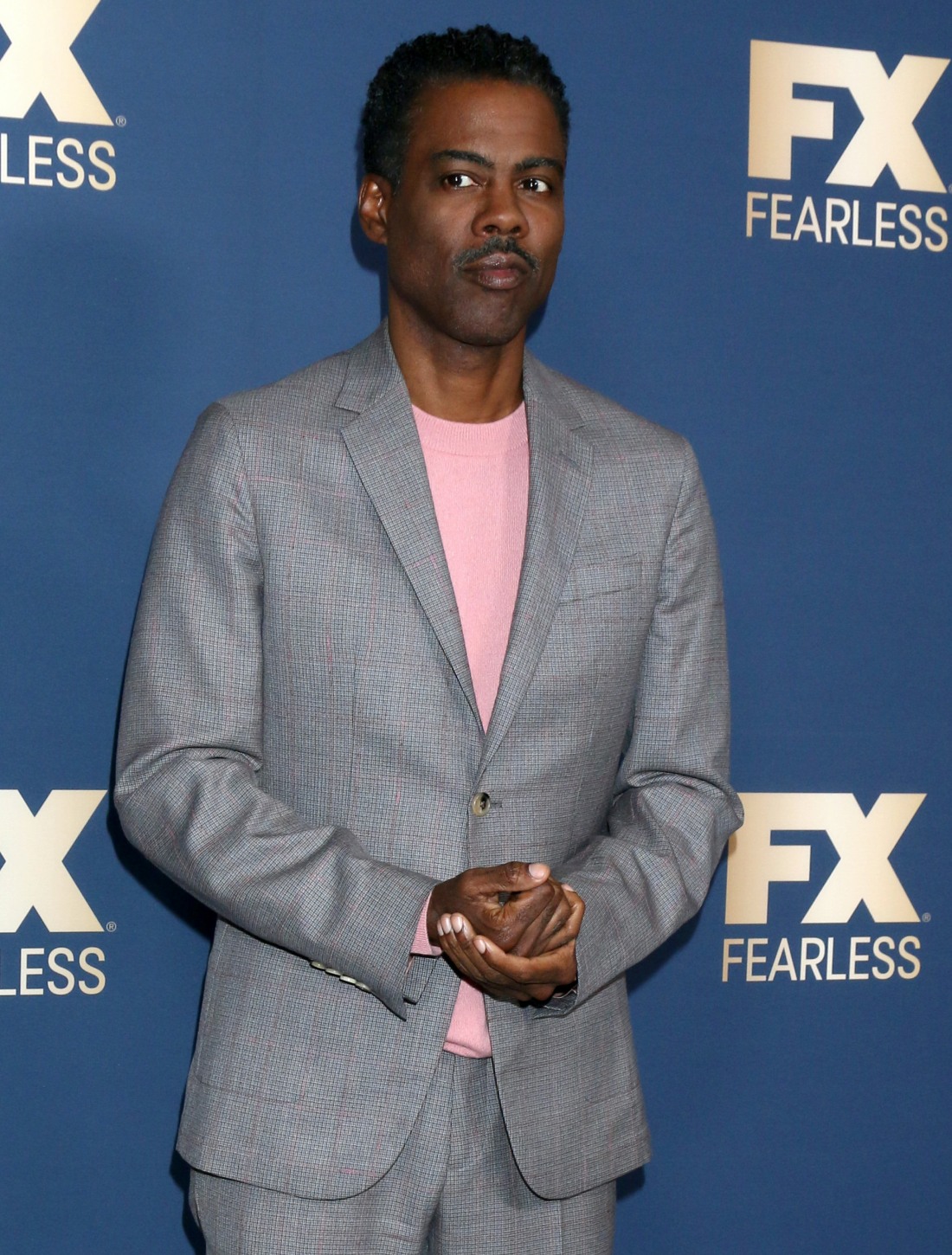 Chris Rock is doing a full promotion for his starring role in Fargo Season 4. He’s really proud of his work in it, and you can just tell that he’s more than happy to promote the hell out of it. Rock covers the latest issue of the Hollywood Reporter, which I’ll cover separately, and he also gave a big interview to the New York Times, which was released the same day at the THR piece. With the Times, Rock spoke more about politics and Black Lives Matter and racism. You can read the full piece here.

Whether his Fargo casting was “weird”: “My casting isn’t as weird as it seems if you really watch “Fargo.” Key and Peele are in the first season and Brad Garrett’s amazing in Season 2. Hey, it’s my turn, OK? I want to work on good stuff. Everything I’ve done hasn’t been great, but I was always striving for greatness. I loved “Marriage Story.” I’d kill for something like that. You see what [Adam] Sandler did with “Uncut Gems.” But you’ve got to get the call and be ready when your number’s called.

On Trump & Nancy Pelosi: “I talked about our political whatever. America. Part of the reason we’re in the predicament we’re in is, the president’s a landlord. No one has less compassion for humans than a landlord. And we’re shocked he’s not engaged. Did you ever see that movie “The Last Emperor,” where like a 5-year-old is the emperor of China? There’s a kid and he’s the king. So I’m like, it’s all the Democrats’ fault. Because you knew that the emperor was 5 years old. And when the emperor’s 5 years old, they only lead in theory. There’s usually an adult who’s like, “OK, this is what we’re really going to do.” And it was totally up to Pelosi and the Democrats. Their thing was, “We’re going to get him impeached,” which was never going to happen. You let the pandemic come in. Yes, we can blame Trump, but he’s really the 5-year-old. Put it this way: Republicans tell outright lies. Democrats leave out key pieces of the truth that would lead to a more nuanced argument. In a sense, it’s all fake news.

The second Civil Rights movement: “Put it this way: This is the second great civil rights movement. And Dr. King and those guys were amazing. But they knew nothing about money. They didn’t ask for anything. At the end of the day, the things we got — it was just, hey, can you guys be humane? All we got was, like, humanity. If they had it to do all over again, in hindsight, there would be some attention paid to the financial disparity of all the years of — let’s not even count slavery, let’s just count Jim Crow….My parents couldn’t own property in certain neighborhoods when I was born. There was an economic disparity there, and that was not addressed in the original civil rights movement. It was a huge oversight. So there’s no money and there’s no land. If you don’t have either one of those, you don’t really have much.

Racism is real, the movement is real: “It’s real. It’s not going away. I said this before, but Obama becoming the president, it’s progress for white people. It’s not progress for Black people. It’s the Jackie Robinson thing. It’s written like he broke a barrier, as if there weren’t Black people that could play before him. And that’s how white people have learned about racism. They think, when these people work hard enough, they’ll be like Jackie. And the real narrative should be that these people, the Black people, are being abused by a group of people that are mentally handicapped. And we’re trying to get them past their mental handicaps to see that all people are equal. Humanity isn’t progress — it’s only progress for the person that’s taking your humanity. If a woman’s in an abusive relationship and her husband stops beating her, you wouldn’t say she’s made progress, right? But that’s what we do with Black people. We’re constantly told that we’re making progress. The relationship we’re in — the arranged marriage that we’re in — it’s that we’re getting beat less.

On blackface: “Blackface ain’t cool, OK? That’s my quote. Blackface is bad. Who needs it? It’s so sad, we live in a world now where you have to say, I am so against cancer. “I just assumed you liked cancer.” No, no, no, I am so against it. You have to state so many obvious things you’re against.”

I’d like Rock’s comments about the Democrats and the first Civil Rights movement to be the jumping-off point for a more nuanced conversation about the real history of Civil Rights and how a constitutional democracy is actually supposed to work. First of all, the Civil Rights movement did say a lot about economic inequality – the March on Washington was actually called the March on Washington for Jobs and Freedom. Civil rights leaders were marching with UNION leaders. They tied economic equality to freedom. It’s just that white folks rewrite the historical record so everything becomes about “voting rights” (which are incredibly important, but only one part of the equation). 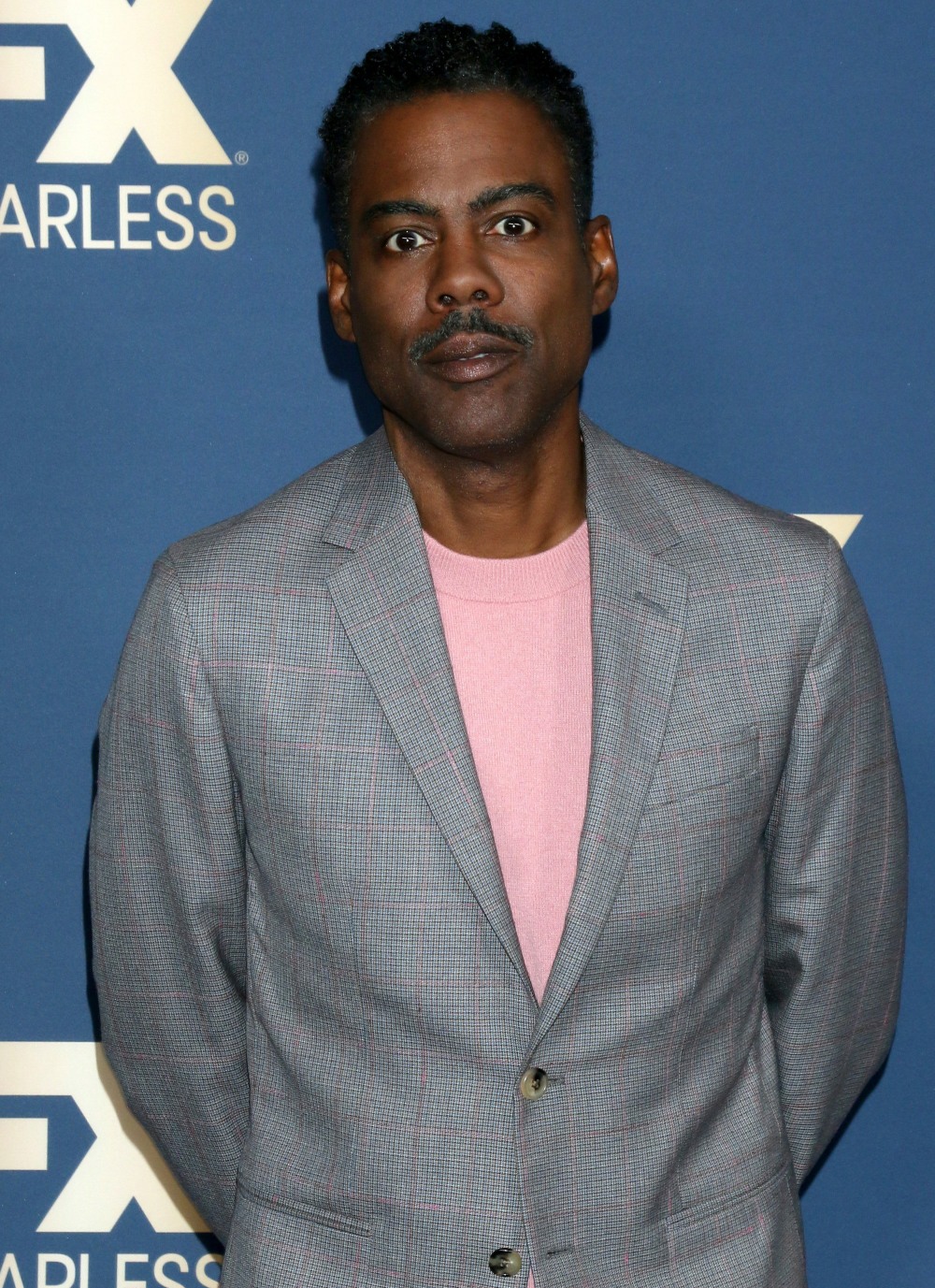