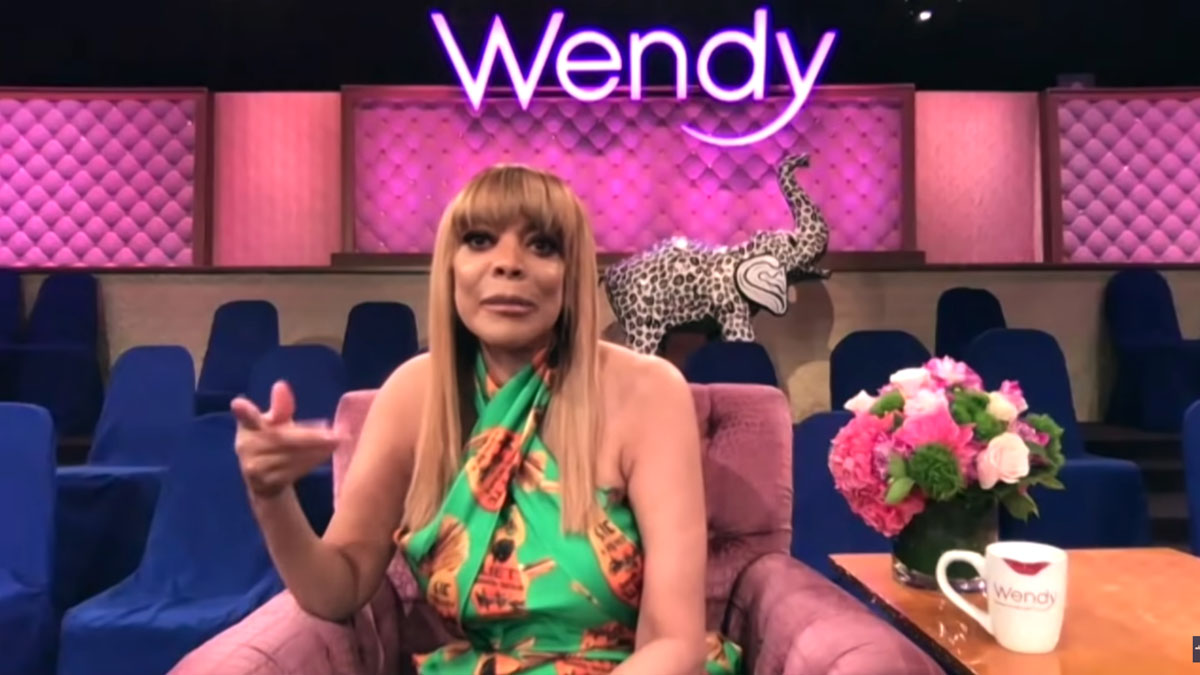 Wendy Williams was on Seth Myers to promote her show coming back this week. I saw this a couple of days ago and realized I wanted to talk about it. She’s an odd bird, which is something we already know about her. She came off as defensive, like she often does, and this interview was awkward. Anyway she said she’s not dating, that she’s living in New York city in an apartment and that she passes the time by hanging out with her cats and spying on her neighbors (my words). One guy across the way regularly showers in full view and she’ll tell you about it. It sounds like she enjoys it when he does that. She did light up a little when she was talking about her two rescue cats. Here’s some of what she told Seth. This is from two videos of her interview, the second one of which is below.

On dating during quarantine
I haven’t been hugged by a man in five months. People have people. I have a search. For the first two months it was easy, March and April. Date, have fun. April [to] September I’m like ‘don’t come over here.’

On her rescue cats, sisters Chitchat and MyWay, taking a while to warm up to her
The tiger one immediately fell in love [with me]. The black and white cat did not like me for at least a month and a half. Now that’s the one that sleeps [under my arm] every night.

On doing her show from home for a while
My thing is I live in an apartment. Not my fault. It is very personal to me for people to see my area. People criticize and couldn’t understand my groove.

She likes to spy on her neighbors
There’s an apartment building across and the man takes showers. The shower is right there at the window and I watch. It’s a head to ankle [window]. I peep and I Tom.

Seth called Wendy’s spying “borderline criminal,” which is true. Why would you do this and why would you admit it? I would say that maybe this guy will get a curtain in his bathroom now, but New York City is somewhat anonymous. I bet this neighbor doesn’t even know he lives across the street from her. He may not care. You’ve got to know that if you have a window to your shower and it faces the street in NYC people are going to see you. What you may not anticipate is someone creepily waiting for you to take a shower though. There’s this assumption that people mind their business.

As for her show coming back, Wendy is doing it without an audience like every show. She said her her staff is on “total lockdown” and have three covid tests a day! Those are super uncomfortable I would hate getting my nose swabbed that often. I wonder if Wendy’s show is going to last that long after it comes back. Also, she’s in a studio and her video quality was still kind of fuzzy. How did that happen?

The cutest girls in the world❤ My girls are home & shady, but happy! #catsofinstagram