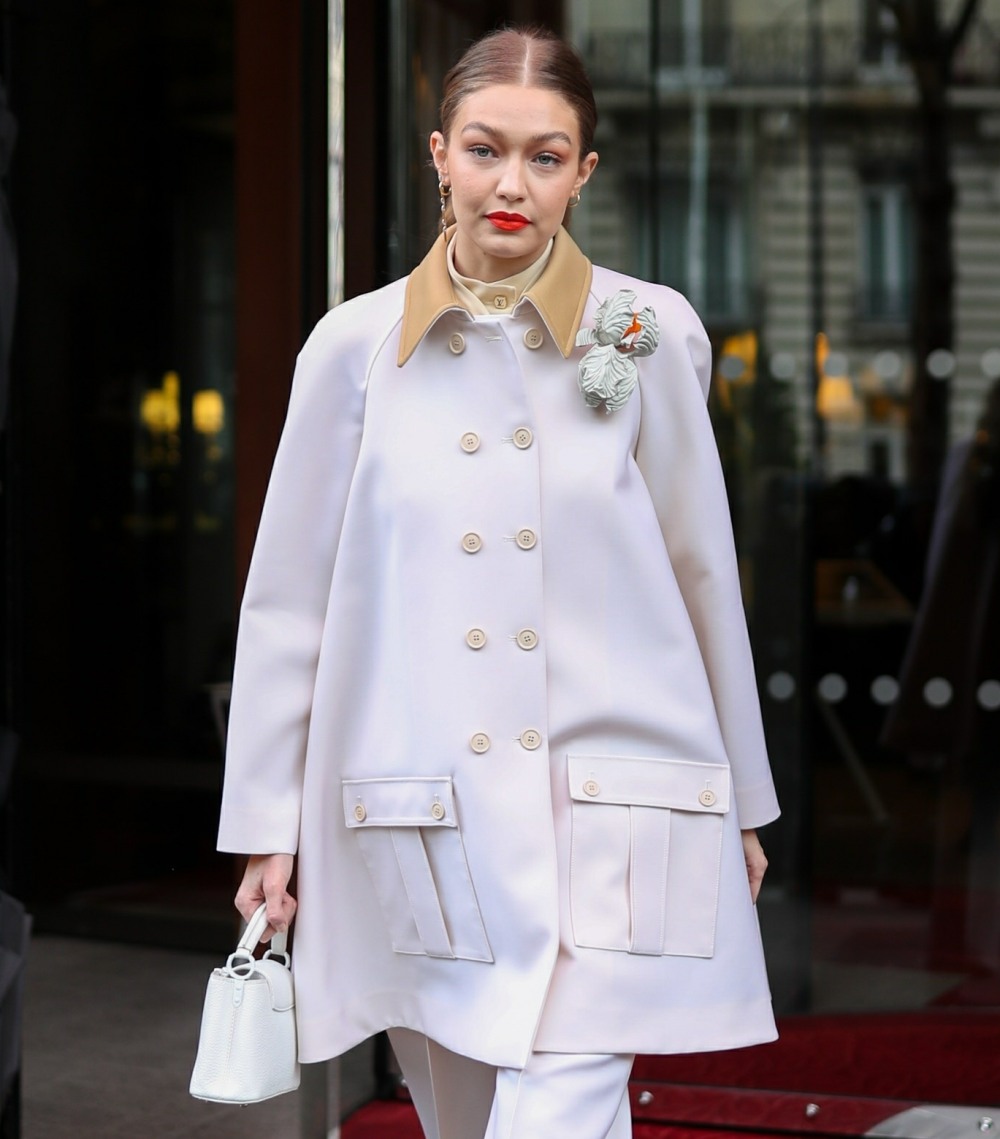 Gigi Hadid became pregnant, by all accounts, in December last year. She and Zayn had only recently gotten back together at the time. Gigi spent January and February of this year working and traveling, but as soon as the pandemic came, she went to her family’s Pennsylvania farm(s). Zayn apparently came with her, although I’m not 100% sure he was there the entire time. When we learned that Gigi gave birth two weekends ago, I even mentioned in the post that we didn’t know if she gave birth in Pennsylvania, on the farm, or whether she went to a local hospital or what. Because America is still in the middle of a full-blown plague, our hospitals are still really strict about who comes in and family members coming to visit and all of that. This has led to a lot of confusion about pregnant women delivering in a hospital and whether their partners can join them. So… Gigi Hadid apparently didn’t bother with the hospital.

Sources tell Page Six that supermodel Gigi Hadid gave birth to her baby girl on her farm in rural Pennsylvania. The insiders also told us that the birth date was Sept. 19. Hadid and the baby’s dad, pop star Zayn Malik, had been isolating on the farm since May, and were more recently reportedly splitting their time between Pennsylvania and Manhattan. Hadid’s mom, Yolanda, has a farm nearby.

Reps for Hadid did not comment, and sources familiar with the couple told us that they’re keeping all the details hush-hush until they’re ready to share them.

Page Six previously reported that Malik, the former One Direction heartthrob, bought the farm next to Yolanda’s, where he grows tomatoes, cucumbers and cherries, and likes to ride around on his ATV. The couple also reportedly have a horse, called Cool, while Yolanda has cattle, sheep and chickens over at her spread.

Hadid and Malik have so far only confirmed the baby’s birth in tasteful black-and-white Instagram shots of the newborn’s hand holding theirs. Hadid revealed on Thursday that the baby was born “last weekend” but without giving a specific date.

Gigi is young and from everything we learned, she had a healthy pregnancy with no complications. So I can see why she would have chosen to give birth at home rather than what was probably her only other option, a local hospital which likely has very strict coronavirus-deterrent regulations. My guess is that Gigi wanted her mom, her sister and Zayn to be there with her, so she got a midwife and a doula and just made the best of it.

We still don’t know the name of the baby girl either! We do know that “Auntie” Taylor Swift sent a baby blanket, and Donatella Versace sent some baby clothes.