Embed from Getty Images
Aimée Osbourne is the oldest child of Sharon and Ozzy Osbourne. She is 37 years old and a musician who performs under the name ARO (her initials). Although she’s put out singles before this, Aimée is releasing her debut album, Vacare Adamaré. I’ve embedded one of her videos below. Even if it isn’t your kind of music, I think we can all agree, she really has a good voice. I’m excited to hear more from her. Besides her inherited musical legacy, Aimée is mostly known as the silent Osbourne, most notably for her decision at the age of 16 to not be part of the family’s reality TV show, The Osbournes. Not only did Aimée choose not to participate – staying hidden behind locked doors while the cameras were rolling or having her face blurred should they accidentally capture her – living in the family home became so chaotic for her, that Aimée decided to move out. Sharon admitted in 2018 that Aimée moving out broke her heart, but in a recent interview with Yahoo, Aimée said she’s never regretted her decision.

On moving out of the family home at 16 because of the reality show filming: It wasn’t an easy time. In retrospect, I think my parents would have liked to have maybe done things a little differently. Reality TV shows at that point weren’t really like they are now; it was all very new and uncharted territory, so there was a hell of a lot of chaos around. The way that’s all done now is much more streamlined. It was definitely challenging and kind of scary at the time. But it was never something that I ever regretted not doing. I know some people find that kind of curious — because why wouldn’t someone that was young want to be super-famous and all over the place and start this whole cultural trend of reality TV? But just for who I am and how I was, even then it was never something that would have worked in my favor.

On her decision not to do the show even after it became so successful: I’m not really someone that thrives off a lot of attention like that anyway. So, the more successful it got, the more grateful I was that I’d decided not to do it.

On quarantining with her parents during COVID: I actually have been staying with them throughout! It’s quality time. There have been a couple of scary moments where any time you have a slight temperature or you don’t feel 100 percent, and your mind goes to the worst place. There’s been a couple of times where it’s been like, “Oh my God, what if I’m sick?” But I think everyone has gone through that during this year at some point.

On understanding her privilege: Well, I grew up in a world with direct access to fame and a really blessed lifestyle, and it’s been a wonderful gift; I’ve really focused on never taking that for granted, because I know where I come from is not the norm. But I think my motivation behind this music was never to be famous or super-wealthy or super-powerful. It was genuinely because I love to write. I love music. I’m super-inspired by it. It’s just something that came really natural to me. And the idea of trying to attach any of those other motives onto that felt like it would have taken away from being super-authentic, which I have always really valued. The closest I think I’ve ever come was when my management said, “You should put your full name under your bio, so when people search for ‘ARO,’ they get to the right page.” I was like, “Oh, are you sure?” [laughs] And so, putting “Aimée Osbourne” underneath my Instagram bio is as close as I’ve come! I should probably loosen up a bit on that stuff, but for me it was always about putting out the right, purest intentions. Because I believe when you do that, then the music and your messages reaches the right people in the right way.

Obviously, there is a lot more in the interview about Aimée’s music and new album, which you can read here. In one of the Q & As, they refer and show a clip of the three Osbourne kids, Aimée, Kelly and Jack, on The Joan Rivers Show with Ozzy. As Aimée puts it, each of the kids has always had such distinct personalities but they also have had a very good sense of who they are, even from the beginning. I think that is true in Aimée’s case. She’s been asked several times how a 16-year-old says no to becoming famous on TV, but she is as resolute as ever that that life would never have satisfied her. And obviously she was right because what is also apparent is that she maintains a very close relationship with her family. A few years ago, she struggled with Kelly and Jack but apparently, they’ve mended those fences. Part of me wonders if Ozzy and Sharon shouldn’t have shut down the show instead of letting their daughter move out but Aimée doesn’t seem to hold any resentment against anyone about it. One thing I can’t seem to find is: where did Aimée go when she moved out? Was she on her own? Did she move in with a relative or family friend?

Other than the moving out stuff, I liked Aimée’s answer about nepotism. I feel like she understands she was born with one foot already in the door and her wealth has afforded her the luxury of not having to worry about writing music to put food on the table. She comes off genuinely grateful even though she has tried to distance herself from the Osbourne name.

Oh, and even though she pays her mom a lot of compliments as a businesswoman, she makes it very clear her mother will never be managing her *snicker*. 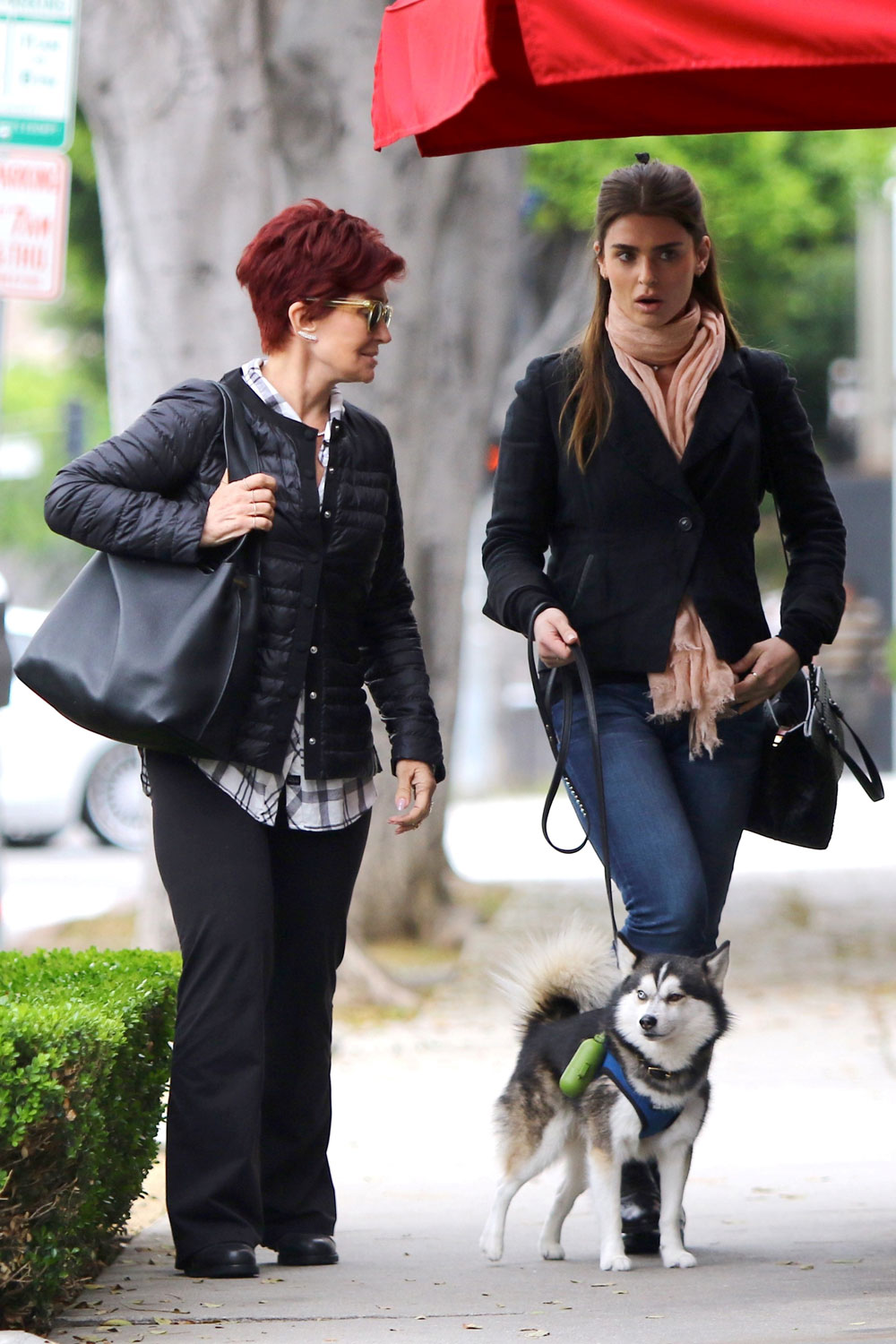