Just in case your brains aren’t melting out of your heads quick enough over the state of the world and the US election, Billie Eilish is out here stirring up another “what color is this” controversy. Many of us, well okay *I* am not over the is it white and gold or blue and black dress debate from five years ago. I remember reading one article and seeing the dress as white and gold when I started reading it and then as blue and black when I glanced back. It messed with my head. I still most commonly see it as white and gold in photos. I have a feeling Billie’s shoes will plague me in the same way.

Billie shared a video about how her dad had said her Nike Uptempo’s were pink and white and now her fans were just as bad, apparently, because some of them had said the same thing. Billie was incredulous, repeating – “PINK and whiiiiiite?!” Part of the problem I had with the first couple of videos was that I didn’t know what color the shoes were supposed to be because all Billie kept repeating was “pink and white.” And no matter how many times I watched, all I could see were a pair of pink and white shoes.

Billie Eilish says her shoes are mint and white. What color do y’all see? Mint and white or pink and white? pic.twitter.com/DKSe0jvPIU

As you can see in the tweet, the shoes are supposed to be white and mint. Billie posted a video in the daylight comparing them to an actual pink and white shoe and suddenly it was very clear that the shoes were white and mint. This Buzzfeed article posted a still photo of that comparison video, which is below. The shoes on the right are the ones we’re talking about. 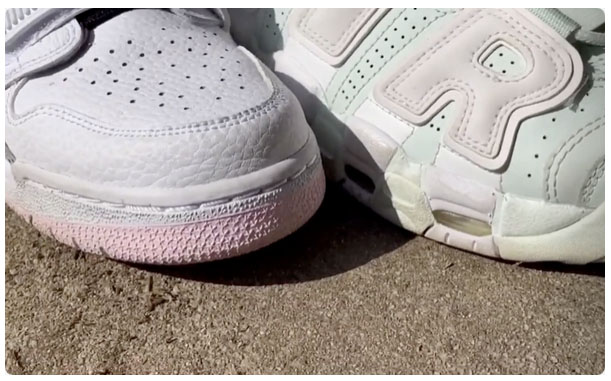 I’ll admit, I still only saw pink and white in both cases. However, it should be noted, that article also has a photo of the blue and black dress and I saw it as white and gold when I was reading it. It wasn’t until I found this CNN video that shows the actual video Billie put to IG that I saw the shoe the way Nike intended. This is what the shoe is supposed to look like:

In that photo above, I clearly see mint and white. And that’s when I got blue/black dress flashback because I returned to the exact same Buzzfeed article I read prior and suddenly all I saw was white and mint shoes. I even saw that damn dress in the right way! Part of me is dazzled by these mind-bending slights-of-vison and part of me wants to cry because how can I be so easily deceived by what’s so obviously wrong right in front of my eyes? It’s the closest I will ever come to understanding what it’s like to be a Trump supporter. I wonder if I would see pink and white in person, because it sound’s like Billie’s dad did. My husband saw the actual black and blue dress – it was legitimately on display at USC, that is how far it’s engrained itself into our culture – and he said there is no doubt live. Speaking of, Billie contends, still, in that infamous photo, the dress was blue and gold. Period. So she should have some compassion for those of us struggling with her shoes.

Oddly, I’d just read an article about how much the mind factors into how we read colors. It was, coincidently, titled: If the Color Pink Doesn’t Scientifically Exist, Why Can We See It?, in case anyone wants a more scientific answer to the shoe question above. I don’t know. I’m too scared to go back and look. 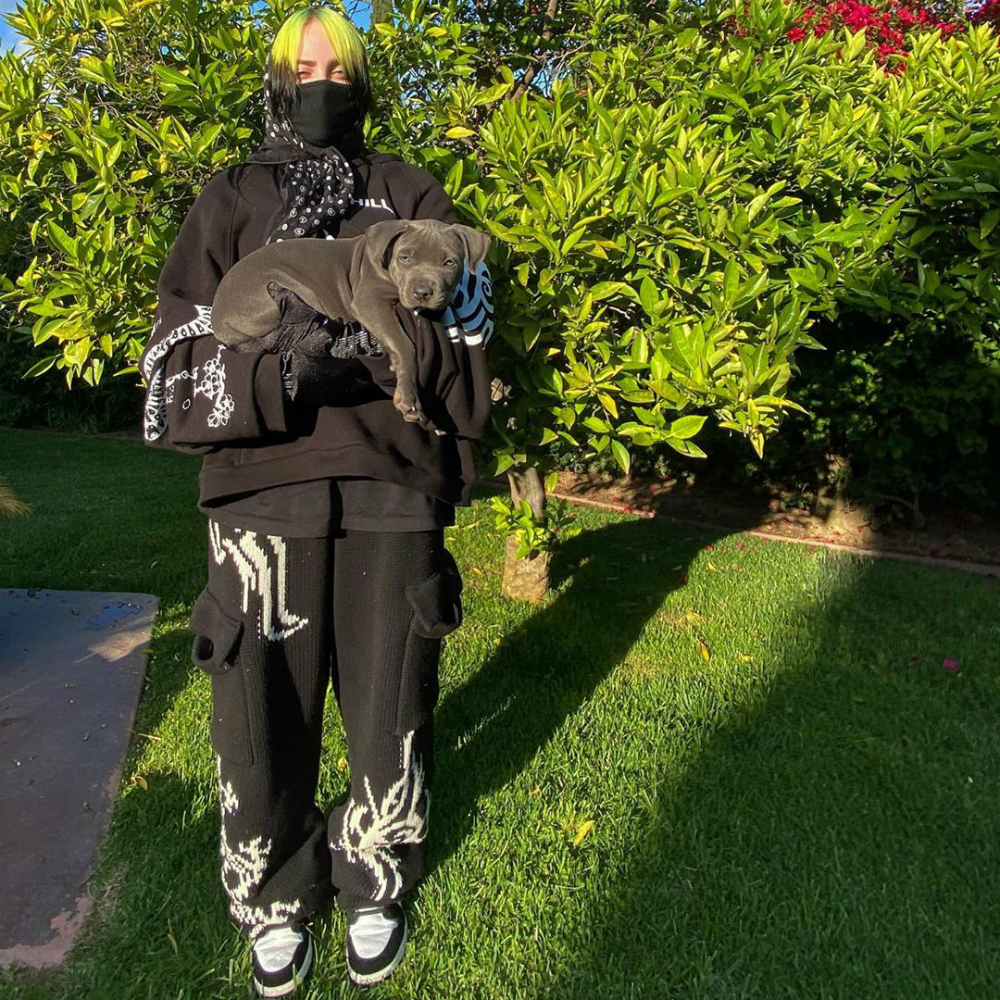