Naomi Campbell: The British press ‘haven’t learned how to be not-racist, period’ 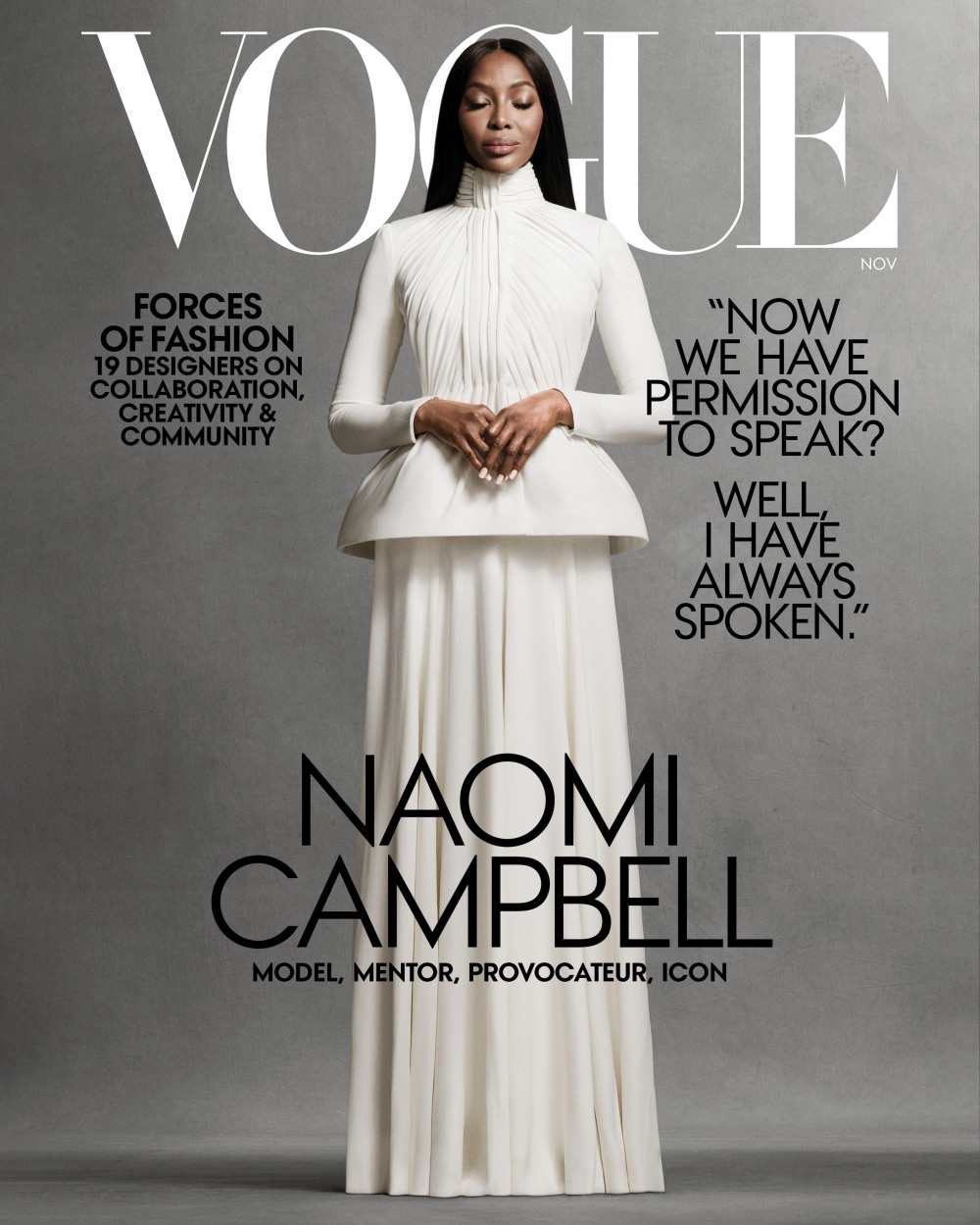 God help me, but Naomi Campbell’s Vogue interview reminded me a lot of the press Mariah Carey has been doing around the promotion for her memoir. It was so striking to me that I had to look up their ages – both women were born in 1970, within two months of each other (Mariah is older). They both turned 50 years old earlier this year. They’re both feeling reflective of the craziness they’ve experienced and, at times, perpetuated. They both rose to the highest levels of their chosen fields. The differences though… Naomi is more worldly and dare I say, more nurturing of other young men and women. That’s what this Vogue piece is about too: Naomi as the elder stateswoman of the fashion industry, Naomi as mentor to young model, young designers and young voices of color. It’s a good interview! You can read the full piece here.

She’s smoking again: “I stopped smoking during quarantine, but a friend of mine killed himself, and it really affected me… I called my guy in Israel—­he’s great for sugar and cigarettes and addiction stuff—and we’re going to do a session. He told me to just get through this week first.”

She recently lost her grandmother too: “A lot of the things Grandma taught me as a child came into play in lockdown. I was quite happy to be on my own. I know how to cook. I know how to clean.”

On racism in the modeling/fashion industry: “I never used to say the word racism; I just used to say, it’s territorialism. I never wanted people to say that I used that as an excuse, that I was throwing that word out. Now I’m happy that everyone’s all on the same page, that everyone feels comfortable to come out about their experiences without feeling some stigma. But for me, nothing’s changed. I’m going to speak the same way.”

The “angry Black woman” trope: “I am quite over it. Is it now that we have permission to speak? Well, I have always spoken. There were a few things that I would do when I was younger that I was told were bad for my race. Now the things I do are not just for me anymore. I think more of my culture and my race, as opposed to thinking about just me.”

When a prominent British journalist called her “angry”: “I remember that very well. I understood exactly what angle [he] was going to come at, and that it would be combative. And I see the things newspapers go for. I see they’d rather write some trash thing that you’ve done, rather than the good that you’ve done. When I was younger it used to upset me, but it doesn’t now—I’m not looking for those validations anymore. But I am still a little skeptical about doing interviews in England.”

When asked if the British press hasn’t learned how not to be racist toward Black models. “They haven’t learned how to be not-racist, period!” Britain suffers more from denial, she says. “I’d rather have racism be right in front of my face and know what I’m dealing with, than to have it suppressed. No disrespect to the country I was born in, but we need to dig it up and bring it up and deal with it. No more chucking it down the sides.”

What could change these patterns of injustice and erasure? “I think as a generation, as a whole, can we get reparations for our culture, for what we’ve been through? I absolutely believe we are going to get the positive outcome we deserve. But we have to do our work in making sure we get it. I think reparations are important for the people to really see that this is something that’s been taken seriously.”

I’m from the generation which was taught (in history classes and in pop culture) that the idea of “reparations” was the punchline to a joke, just another broken promise from America, and oh well, good luck with that, haha. As I get older though, I really, genuinely believe that reparations need to happen in a big way. As for what Naomi says about British racism and how she doesn’t like to do press in Britain… it’s honestly remarkable that she’s had the career she’s had, isn’t it? It’s because she was international. It’s because she worked throughout Europe, America, Africa and Asia. Because if she had just stayed in Britain and tried to just be a local model, they would have destroyed her.

29 Responses to “Naomi Campbell: The British press ‘haven’t learned how to be not-racist, period’”