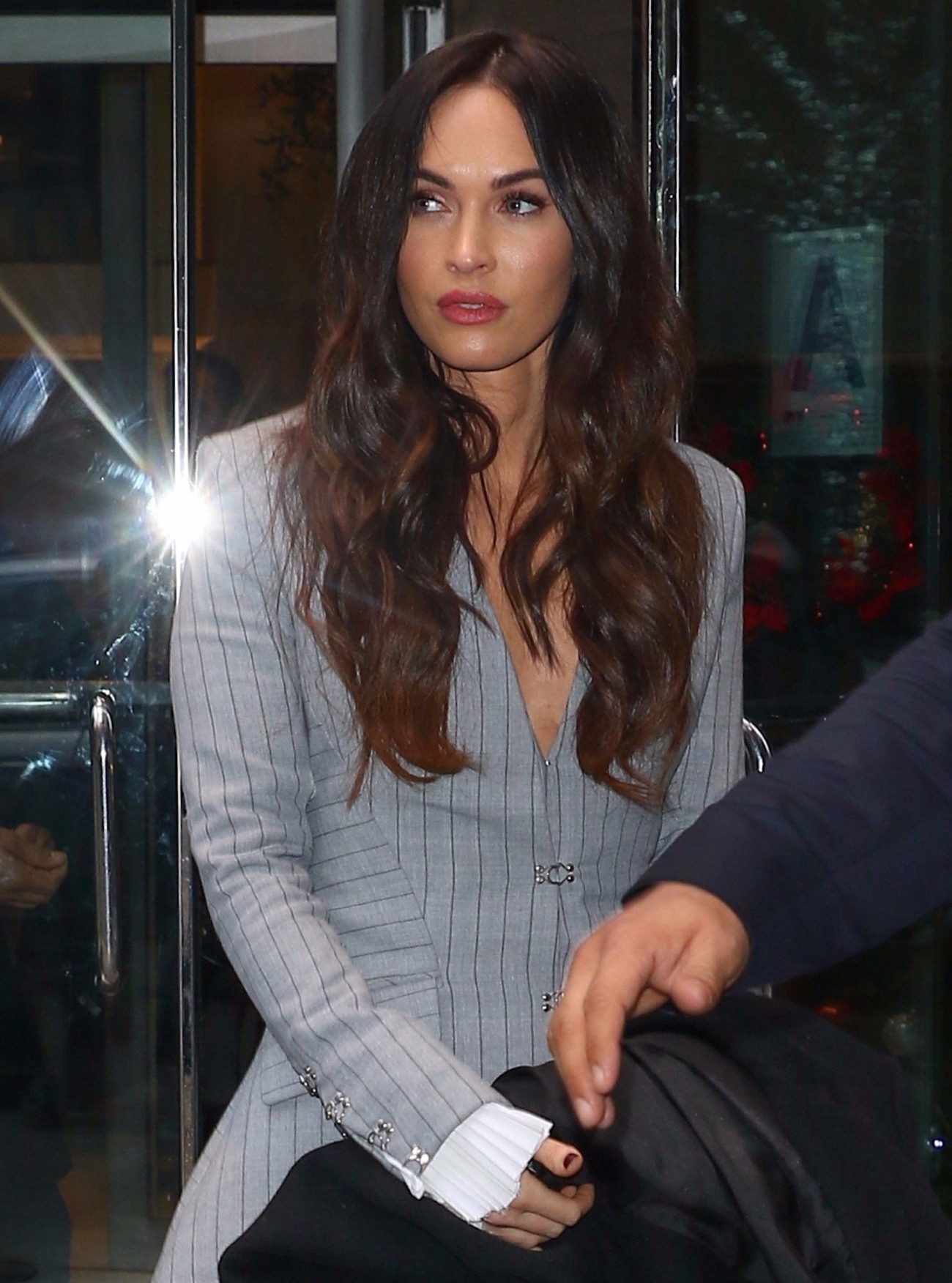 I’m not a big fan of Megan Fox’s new thing with Machine Gun Kelly, but there is one silver lining: Megan doesn’t seem to be going back to Brian Austin Green anytime soon. Megan and BAG were off-and-on so many times, I lost count. I don’t believe that their relationship/marriage was abusive, but I do think that BAG exerted a lot of control over Meghan and it would not surprise me if he was trying to guilt-trip her into coming back. Well, Megan’s not going back. Instead, she’s using social media to call out BAG for posting a photo of one of their children on social media.

Megan Fox took to the comments section of her ex Brian Austin Green’s Halloween social media post to call him out about publicly sharing pictures of their child. On Sunday, Green, 47, shared a photo of himself and their 3-year-old son Journey River dressed in costumes. “Hope you all had a good Halloween!!” the father of four captioned his post on Instagram.

Then, Fox, 34, took notice of Green’s post that featured their youngest son. “Why does Journey have to be in this picture? It’s not hard to crop them out. Or choose photos that they aren’t in. I had a great halloween with them yesterday, and yet notice how absent they are from my social media. I know you love your kids. But I don’t know why you can’t stop using them to posture [sic] via Instagram,” Fox continued.

“You’re so intoxicated with feeding the pervasive narrative that I’m an absent mother, and you are the perennial, eternally dedicated dad of the year. You have them half of the time,” she said. “Congratulations you truly are a remarkable human! Why do you need the internet to echo back to you what should be inexhaustibly evident in the way your children love you?”

Shortly after Fox’s comment, Green took down his original Halloween post. Instead, he shared the same photo but cropped out their child. “Hope you all had a happy Halloween!!!” he wrote for the revised post.

On Sunday, Marcil supported Fox on Instagram. “Like I said… the truth always comes out in the end…,” Marcil shared in a post, which was captioned with the hashtag #ImWithYouSister.”

Wow. I guess I haven’t been paying attention, because I had no idea that BAG was even *trying* to play it like he’s Father of the Year and Megan is somehow an absent mom. I’ve never thought that? Megan has always seemed like a hands-on mom, and a mom who protects her kids’ privacy on social media. I guess the divorce is really going through this time. And Vanessa Marcil… very interesting. Vanessa and BAG have had beef for years, now I guess Vanessa is on Megan’s side.

Hope you all had a happy Halloween!!!