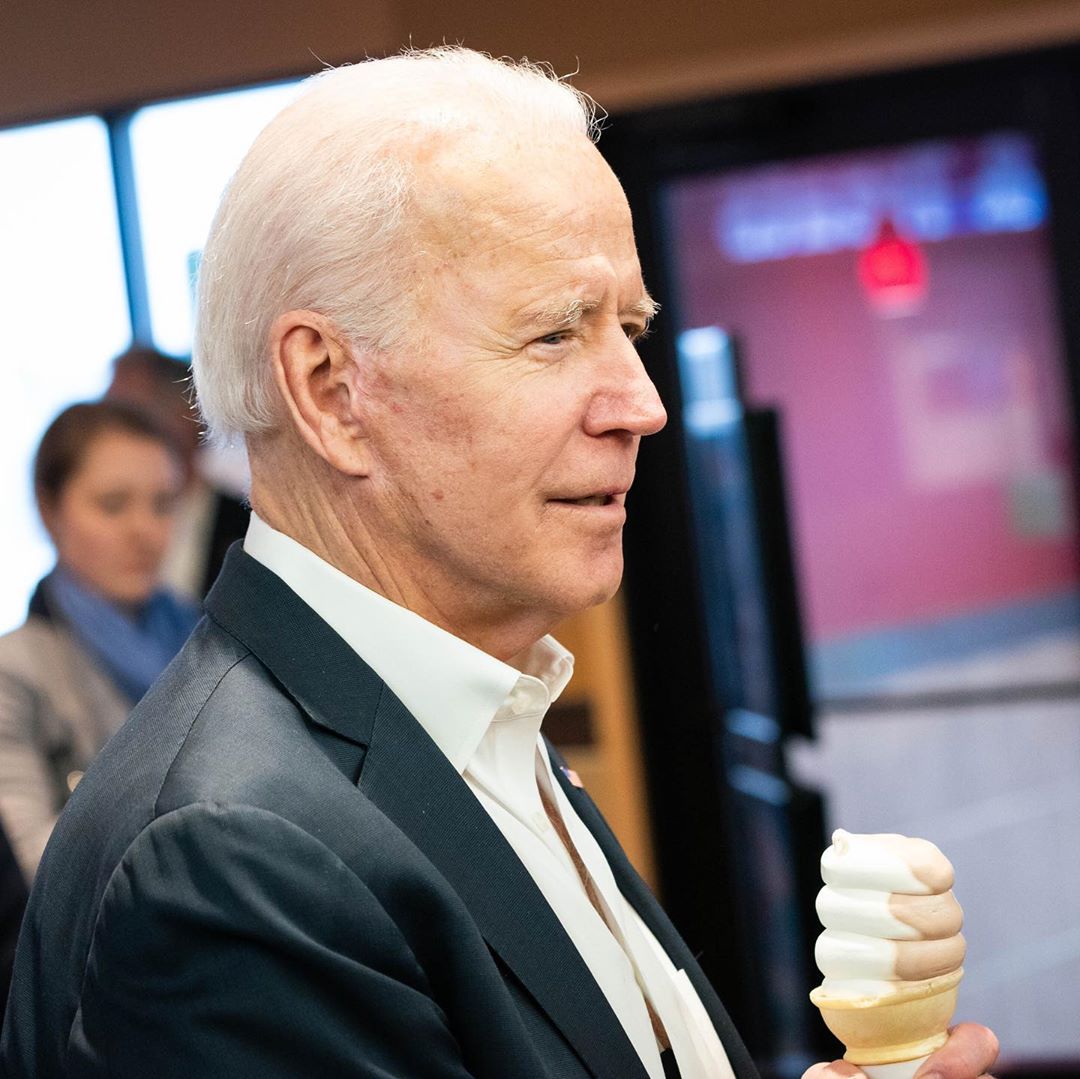 One of my favorite videos from the Democratic National Convention (which was truly a joy to watch, if you ever need a pick-me-up check out their videos on YouTube), was Joe Biden’s four young adult granddaughters talking about Joe sneaking ice cream so that Jill wouldn’t know. They said he likes Bryers half chocolate and half vanilla along with chocolate chip. Plus they said he calls them every day, that he always picks up when they call him even if he’s giving a speech, and if they don’t talk to him for a day he’ll wonder what’s wrong. I’m including that video below because it’s adorable and a real testament to what a sweet granddad Biden is.

US Weekly has a “25 Things You Don’t Know About” article with Biden. Some of the stuff I already knew but it was nice to hear again. Of course I knew that Joe loves ice cream, but I didn’t know his favorite flavor was chocolate chip. Somehow that’s adorable to me. Plus he confirmed that he always takes calls from family no matter what. I can’t help but think US had this before the election but held onto it so not to seem “partisan.” They’re owned by American Media, Inc. now, but I’ll give them a pass today. I’m only including a few things and you can see the full list on US’s site.

4. I was elected to the Senate at age 29, but turned the constitutionally required age of 30 before being sworn in.

5. I love baseball and football, and was one of the leading scorers on our undefeated football team during my senior year.

6. If I had a different career — and the talent — I’d have been an architect.

7. I love Corvettes and still own a 1967 Corvette that my dad financed for me as a wedding gift.

11. My biggest vice is chocolate chip ice cream, no mint.

14. I wear small rosary beads around my wrist, the ones my son Beau wore the day he passed.

15. I’ve had a rule since the Senate: I will interrupt any meeting, even with the president, if my children or grandchildren call.

I didn’t know Jill was from Philadelphia! We owe Philly so much and that’s going to be one of the first place I visit when it’s safe to travel again.

As an ice cream aficionado, I think Joe is missing out on all the incredible flavors available, particularly from the best ice cream company in the world, Ben and Jerrys. (Support Ben and Jerrys they are an amazingly progressive company.) Haagen-Dazs also has some excellent flavors too. I covered my favorite flavors a few months ago, in this post. Joe strikes me as nostalgia ice cream eater, you know? He has his childhood favorites and he sticks with those. Mint chip is my son’s favorite (what’s wrong with mint?!) and I enjoy it too but I won’t binge it like B&J’s flavors. Speaking of that, my son pointed me to this interview Biden did with Wired where he told an adorable story about how his mother moved in with them after his father passed. He would visit her in her section of their house at night. Jill would tell him “You’ve been with your mother, I can smell ice cream.” I can’t wait to have an administration where we can talk about cute little things like this and not have to worry that they’re actively trying to kill us. Sorry for bringing this story down! As a side note, I ate Ben and Jerrys Peanut Butter Half Baked yesterday in celebration.

Here’s the interview with Joe’s granddaughters. This is only two and a half minutes and is well worth watching.

Joe and Barak in 2008 ordering ice cream on the campaign trail!
Embed from Getty Images

2013 in Beijing with his family!
Embed from Getty Images 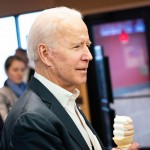 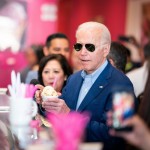 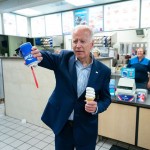 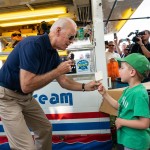