A few weeks ago we watched as Phil Collins and Orianne Cevey entered into phase two of their second breakup, which has become Operation Occupy Fort Collins. Phil and Orianne had been married from 1999 until 2008. They have two sons, Nicholas, 19, and Matthew, 15. The pair rekindled their flame in 2016 and moved back in together but never remarried. Last August, Orianne surprised Phil when she returned home from a business trip married to Thomas Bates. The new Mr. and Mrs. Bates holed up in Phil’s $40M Miami mansion and refused to leave. When Phil’s lawyers threatened to have them physically escorted out, the couple employed armed security. On her third set of lawyers as she continues to sue Phil for half the house’s value, Orianne is throwing mud to prove she had the right to marry another man and steal his house. In her latest allegations, Orianne claims Phil had ceased showering and brushing his teeth, forcing him to become a hermit. Phil, who is living in his Switzerland home, which is close to Matthew’s school, said she’s just trying to smear him to get cash.

The legal drama between Phil Collins and his ex-wife Orianne Bates continues.

In a new court filing obtained by PEOPLE Monday — where Bates continues to ask for half of their Florida mansion — the 69-year-old’s ex-wife claims that Collins “stopped showering” and “brushing his teeth,” that he became addicted to anti-depressants and that he “became emotionally and verbally abusive” for nearly a year. Collins’ attorneys deny the claims.

“Philip’s stench became so pervasive that he became a hermit, refusing to interact personally with any people,” Bates, 46, alleged in the court filing. “As a result, Orianne had no choice, but to distance herself from him.”

She also claimed that Collins became “incapable of having sex” and that he “refused to provide emotional support, love or care for his children or Orianne.” (They share teenaged sons Nicholas and Matthew.)

In a response filed in court, Collins’ lawyers refuted the claims, described them as “immaterial and impertinent” to the case and categorized Bates’ allegations as a means of “extortion.”

“They are scandalous, scurrilous, unethical and, for the most part, patently false or grossly exaggerated,” Collins’ attorneys wrote.

“These false and scandalous allegations are again included only so that they can be delivered by defendants to the media to try to damage Phil Collins’ reputation in an effort to extort money,” they alleged in the filing.

Last June, Orianne posted a loving Father’s Day tribute to Phil on her Instagram. It was at a Fourth of July Function just a few weeks later that their sons caught her with Thomas and forced her to tell Phil about him. It was only a few more weeks that the infamous Las Vegas “business trip” happened and she returned to Phil’s home married. Last month, Phil got a court order for Orianne and Thomas to vacate the home, which they failed to do. Following that, the three reached an agreement in which Orianne and Thomas will leave by mid-January and they agreed to let a realtor sell the house. The house is 100% owned by Phil’s corporation and to date, no legal or written documentation has been produced to show it was his intent to give it to Orianne. What’s also at stake, though, is decades of Phil’s music memorabilia that he has in the home. Orianne is claiming she is entitled to a portion of it.

I have so many questions about this whole mess, none of which I expect I’ll get answers. Phil has been pushing to get his home back in order because he intends to spend Christmas with his sons there. But if he struck a deal for Orianne and Thomas to leave by mid-January, will they all spend Christmas together? That should make for some fun Christmas cards. I am leaning towards Phil’s argument that Orianne is throwing whatever she can at the court to see what sticks. She also claimed Phil’s using hidden cameras and private investigators to spy on her. But what I truly do not understand is how these two people, who have already dragged their relationship through the courts once, didn’t protect themselves the minute they got back together, romance be damned. If Phil had promised Orianne half of what she’d claims he did, she was a fool not to get it in writing, especially given the only legal documents she does have are her previous divorce settlement. And Phil, man – what were you thinking?

Here’s Orianne last week purchasing her new Bentley in a leather dress. Poor lamb- how will she survive once Phil kicks her out?

Me and my little Choupette! 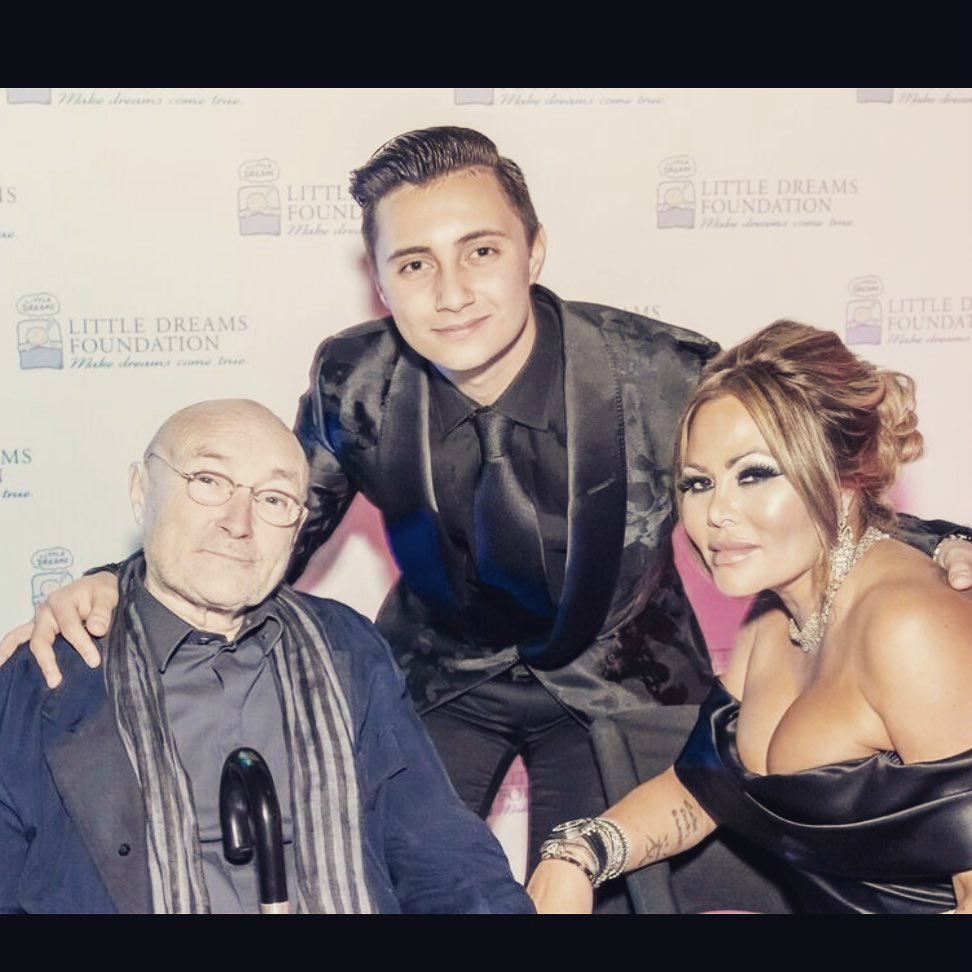