Vince Vaughn defends shaking Trump’s hand: stand up for people you disagree with

Vince Vaughn stars in a new film, Freaky, that was released in theaters last Friday. Honestly, I think it looks great and I’d love to see it, although I’m not going into a theater until I’ve gotten a vaccine, so I guess I’ll have to wait (I don’t live close enough to a drive in *sad face*). The concept is a new take on Freaky Friday in which Vince and Kathryn Newton switch bodies, only Vince is a serial killer and Kathryn is a cheerleader. Vince is getting a lot of praise for his performance, which is good, because he could use some good press. Earlier this year, he was photographed shaking Donald Trump’s hand in a private box at a Clemson football game in New Orleans. Social media understandably climbed all over him. Since Vince has been known to espouse some pretty conservative beliefs, most people took the chummy moment with the Idiot-in-Chief to mean Vince was a fan. During a promotional interview with the Los Angeles Times for Freaky, Vince said no, he just said hi, like he did James Carville at the same game. But Vince didn’t stop there. He said that the reason he made nice with Trump was because the way *he* was raised was you could have different beliefs and still all get along. In fact, if we don’t agree with POTUS, Vince thinks we should still stand up for him. Uhm… no.

In the era of social media, navigating those sorts of career vicissitudes has only become more challenging. In January, (Vince) Vaughn found himself being slammed on Twitter and Facebook when a video showing him chatting and shaking hands with President Trump at a college football game in New Orleans went viral. Some on the left called for Vaughn — a self-identified libertarian who has drawn fire in the past for his comments on hot-button issues like gun rights — to be canceled.

Vaughn insists the episode was overblown. “In my career I’ve met a lot of politicians who I’ve always been cordial to; I’ve met Nancy Pelosi and was cordial to her as well,” he says, noting that at that same football game he also greeted Democratic strategist James Carville, who had a cameo in “Old School.” “It was the only time I’ve ever met him. We said hello. He was very personable.” He laughs. “I didn’t get into policies.”

“I think people are more charged than ever about these things,” he continues. “But I don’t think most people take that stuff as seriously as the small percentage that’s making noise about it. I was raised with the idea that you could have different likes and beliefs and you should respect and defend that in other people, not shout it down. The people you disagree with the most, you should stand up for their right to do that.”

While some jumped to the conclusion that he was a backer of the president, Vaughn says, “The only candidate I ever supported is [former Libertarian presidential nominee] Ron Paul. … I don’t have a party that I support and endorse. In fact, for me sometimes it’s difficult to find a candidate that you feel is philosophically consistent and not just going along with whoever is funding their particular party. That’s as much as I’ll get into it at this point.”

I was raised in a family with these same ideas, that when it came to the presidency you “respect the office.” So we were welcome to disagree with the person who occupied the oval office but ultimately, they were our president and we should honor that position. That belief has been on ice since Trump got voted in. As the saying goes, we wouldn’t even p*** on him to put him out if he was on fire. The biggest difference is, he doesn’t respect the office, so why would we respect him in it? No, Vince, I do not have to stand up for him and I do not have to defend his actions when many of them are, in fact, acts of treason against the country and citizens he swore to protect. Honestly, I could understand being in a busy environment like that and all of a sudden, someone grabs you and says, “hey, the president wants to say hello.” You automatically shake their hand and afterwards wish you hadn’t or whatever, but don’t try to defend it like this was some act of patriotism that you were trying to lead by example. This man is holding the White House hostage because his ego refuses to allow him to admit he lost the popular vote again. He has encouraged violence, racism, hatred and is responsible for the unchecked spread of a virus that has killed almost 250,000 Americans. This is who Vince wants to defend?

If Vince wanted to stand up for Trump because he disagreed with him then he should have done that. But he didn’t. He made nice with him and then turned around and shamed all of us for calling him out on it. 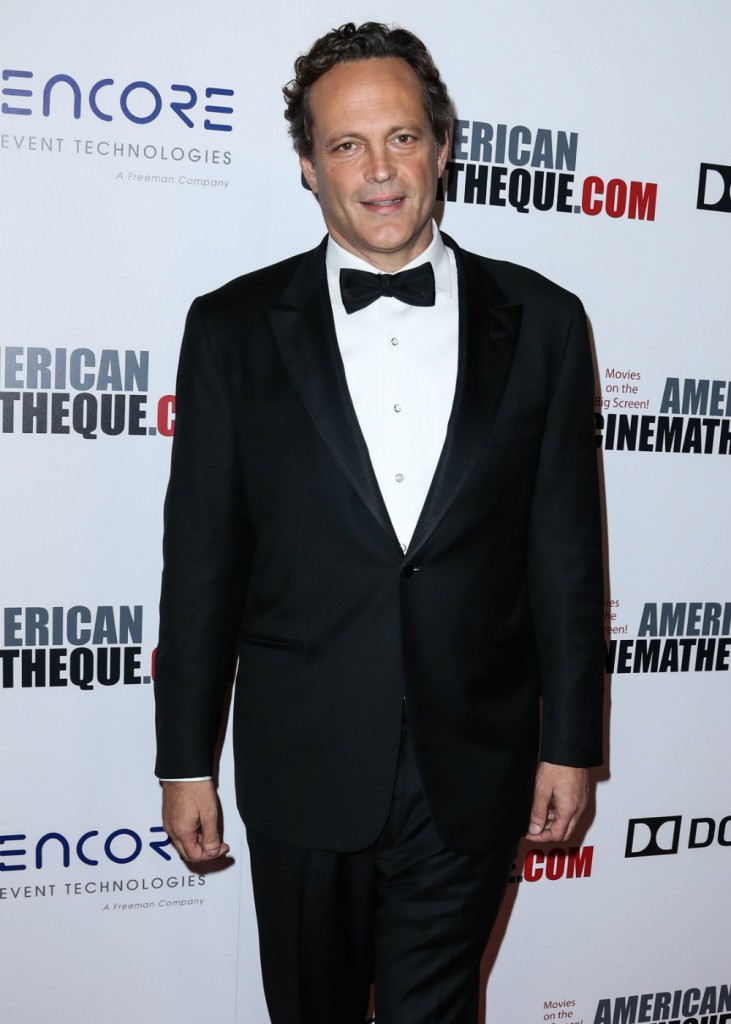 40 Responses to “Vince Vaughn defends shaking Trump’s hand: stand up for people you disagree with”