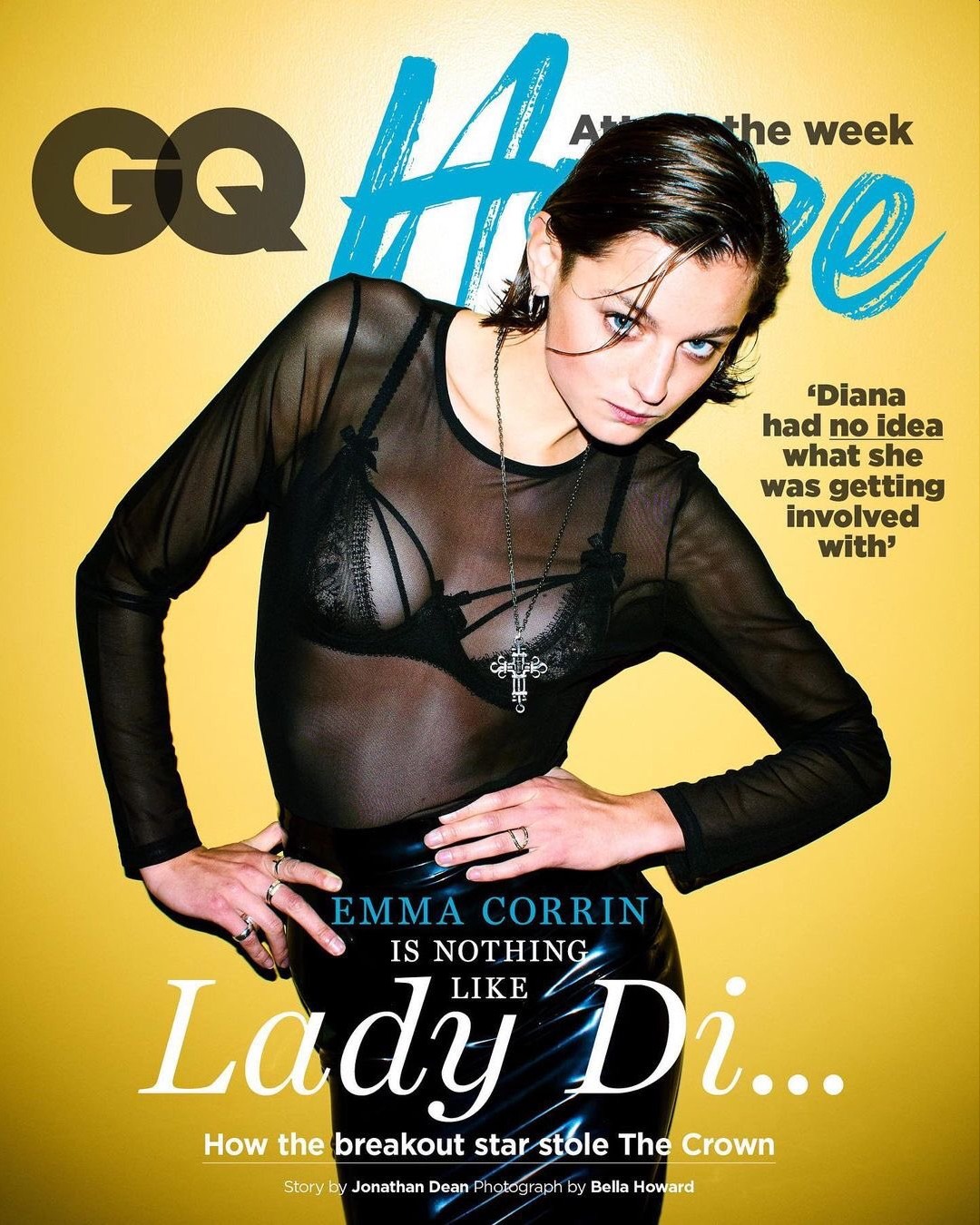 I genuinely hope Emma Corrin becomes a huge star from The Crown. She’s a one-and-done for the series – one season and that’s it. She’s said in other interviews that she didn’t book any jobs after filming The Crown because no one knew if she was any good yet and the pandemic too, of course. So, it’s smart of her to draw a line between “playing Princess Diana” and “being a hyped young actress.” She’s been eschewing the Diana-styling for most of the promotion, but this is the furthest I’ve seen her go, this British GQ Hype cover editorial. She’s really trying to look sexy and a bit punk. It’s cute. You can read her interview here. Some highlights:

What does she think Princes William and Harry will make of the show? “I can’t imagin. I’m not going to say it doesn’t matter, because that would be ignorant. If someone made a programme about my grandma, who died last year, that would be difficult for me to watch.” But would she want Diana’s sons to see her portrayal? “I’d be interested to know what they think,” she admits. Not that she would relish the awkwardness of asking them herself. “If I ever saw them at a party, I’d probably leave!”

Leaving behind Diana after one season: “It’s a shame. I’m sad about it. But I’ve moved on…”

Lady Diana’s early days: “She has no idea what she’s getting involved with. And it was more exciting to play that, because you are showing sides of somebody people don’t know.” Towards the end of the series, especially on a 1989 visit to New York, Corrin played famous moments, but she liked the early scenes, “when her fashion sense was awful”.

Is her portrayal of Diana sympathetic? “I think it is…She had this idea of what she wanted it to be, because she was so young. I drew on my own experience for that. I think of myself as young, but I was 23 when we were filming. Diana was 19; 16 at the start. When I was 16, I had a massive crush on our tennis coach and every time he came round to teach my brothers I used to sit outside and pretend to be reading something really intellectual. You do that. You do those things. You think you’re doing the coolest thing in the world when you’re a teenager and you like someone.”

She wanted to show Diana’s bulemia properly, so they amped it up. “It is a big part of someone’s experience. And [Diana] spoke candidly about it, which was incredibly ahead of its time. I wanted to do her and the condition justice…. We just realised that bulimia was a symptom and cause of a lot of her anguish.”

What she thinks about the three people in the marriage, Charles, Diana & Camilla Parker Bowles. “The real mistake was that the marriage happened in the first place.”

That last line is kind of brutal! “The real mistake was that the marriage happened in the first place.” Ouch. I mean, Charles had gotten to the point where there were open discussions about his very open affair with Camilla, and everyone in the Windsor clan was worried about that sh-t. They really found the most naive teenager they could get and forced Charles to marry her. The expectation from everyone was that Diana would be meek and docile, that she would never challenge their dowdy, out-of-touch ways. This family, my God.

This was charming too: