Barack Obama: Michelle had an ‘underlying tension’ living in the White House 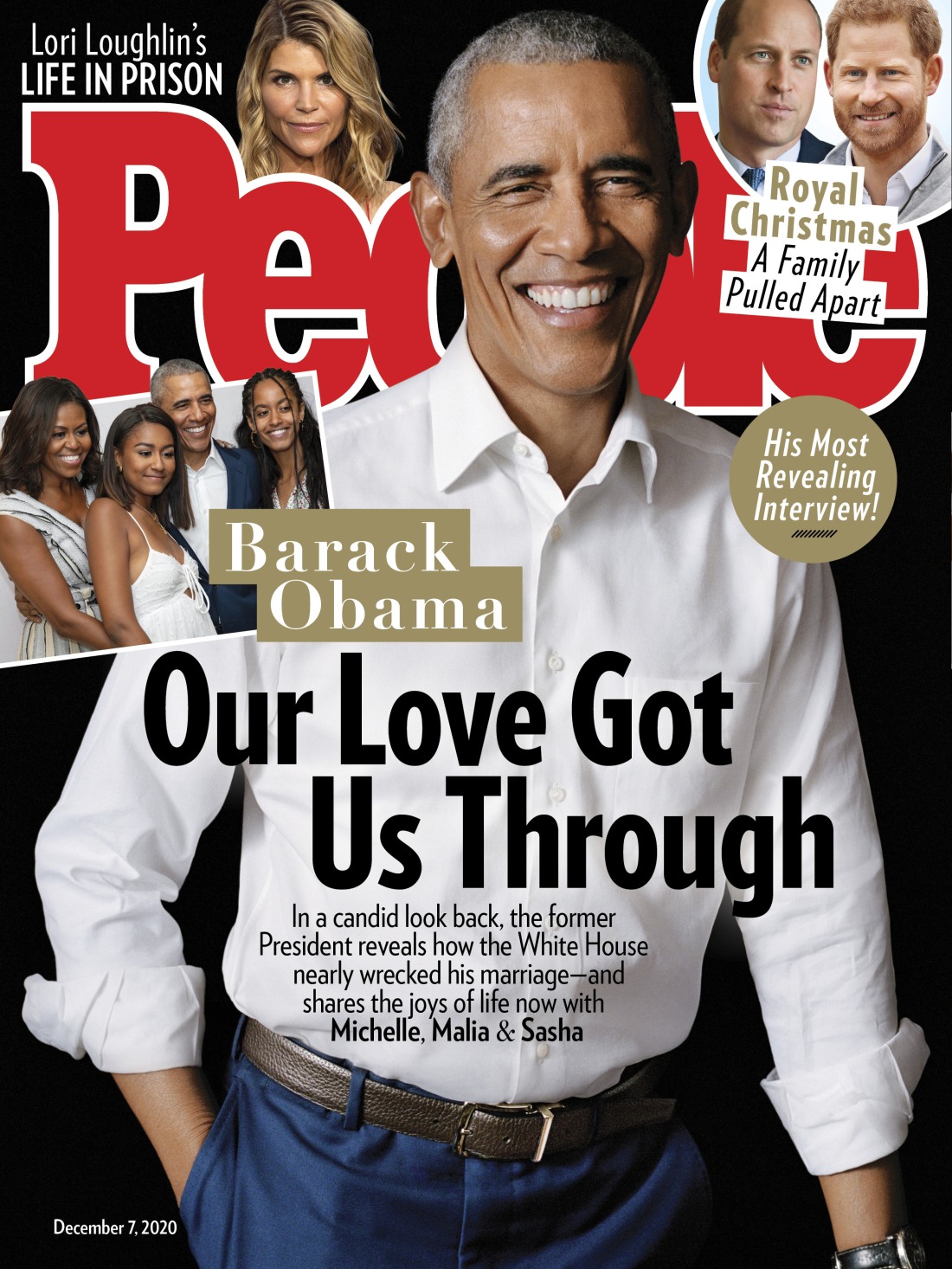 Barack Obama didn’t do a ton of *advanced* promotion for his book, A Promised Land, but now that it’s out, he’s been on magazine covers and giving interviews with more regularity. Maybe he avoided the advanced hype because he didn’t want to distract from the election. Perhaps. Anyway, Barry covers the latest issue of People Magazine, and they conducted an exclusive interview with him, mostly focusing on his family and his marriage to Michelle Obama.

Talking to Michelle about wanting to run for president: “She gave me a hard look and got up from the couch. ‘God, Barack…When is it going to be enough?’ Before I could answer, she’d gone into the bedroom and closed the door.”

He writes about how their marriage wasn’t great during the presidency: Once in the White House, he sensed an “undercurrent of tension in her, subtle but constant” and a “loneliness” so worrisome that it could keep him awake. “There were nights when, lying next to Michelle in the dark, I’d think about those days when everything between us felt lighter, when her smile was more constant and our love less encumbered and my heart would suddenly tighten at the thought that those days might not return.”

Marital tension: “That was the truth of our time in the White House. Michelle very much believed in the work I did but was less optimistic about what I could get done. … She’s more skeptical about politics and more mindful of the sacrifices to the family.” Nonetheless, “I think we came out of it whole. There were great joys in the White House. There was never a time where we didn’t recognize what an extraordinary privilege it was to be there. Most importantly, our children emerged intact and they are wonderful, kind, thoughtful, creative — and not entitled — young women. So that’s a big sigh of relief. But, during the time we were there, Michelle felt this underlying tension. The pressure, stress, of needing to get everything right, to be ‘on’ at every moment.”

Michelle is a worrier: “I tend to be ‘uh, that’ll be fine,’ and I worry a little bit less, just temperamentally…There were times where I think she was frustrated or sad or angry but knew that I had Afghanistan or the financial crisis to worry about, so she would tamp it down.”

They exhaled after they left the White House: “We did. It was like a big exhale right after we left office.” For both of them. “It took some time to talk about how she had felt. Once [the presidency] was done, there was possibility of her opening up … but more importantly just her being able to let out a breath and relax. You know the old adage, ‘if mom’s happy, everybody’s happy’? It very much applies in our household.” Mrs. Obama “has been more relaxed and more joyful since we left office. That allowed us to just enjoy the deep love that comes with a marriage this long. But also to be friends again.”

I appreciate that they’ve both always talked about how their marriage has never been easy, and how they’ve had their struggles and bad phases like everybody else. They are so temperamentally different, it’s kind of a wonder that they have been able to stick together for so long. I think Michelle is so grounded and yes, such a worrier, and that helps Barack from floating off. And maybe he helps her worry less. I always felt like Michelle became a much happier person, in her marriage and in life, when she became First Lady. Yes, it was an enormous spotlight, but she also got to keep her family all in one place at one time. 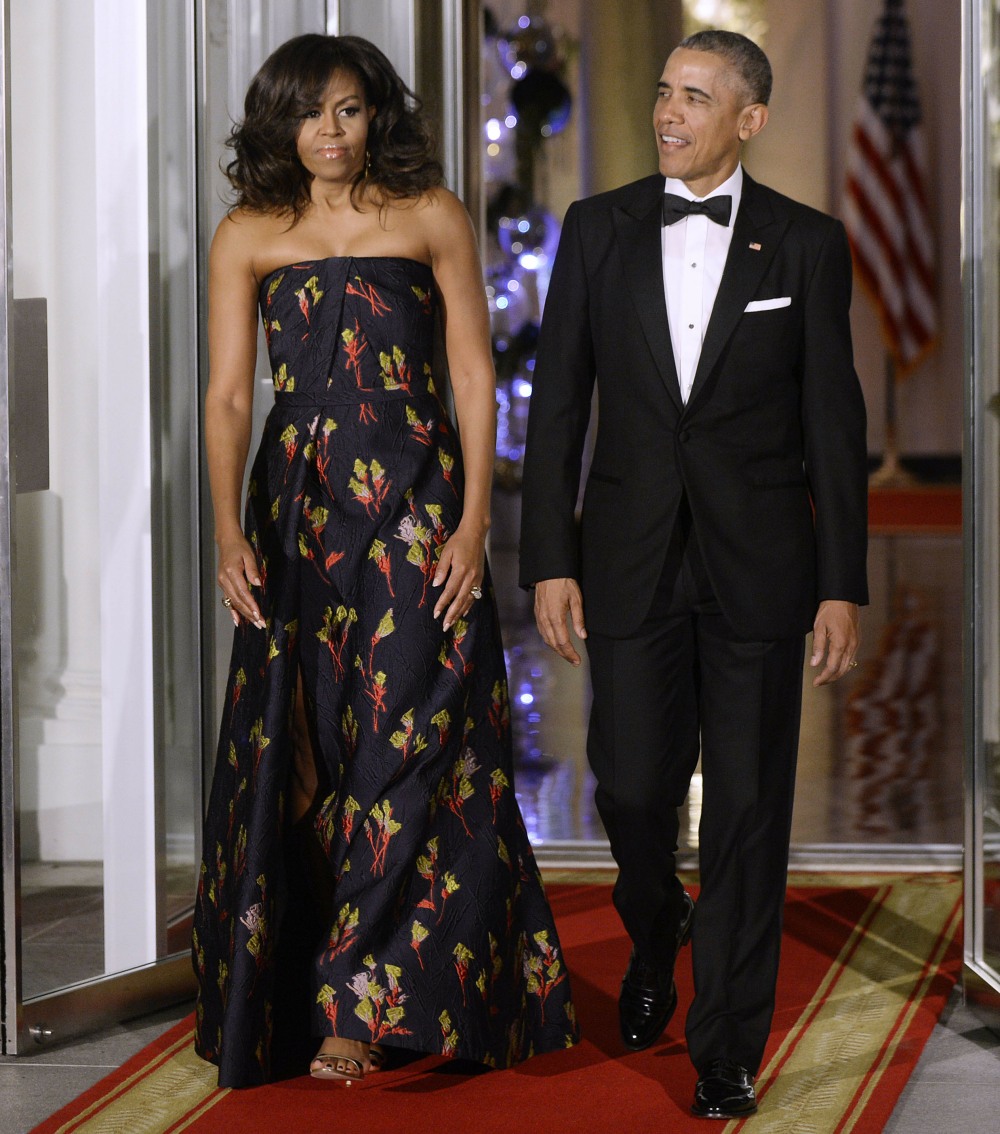 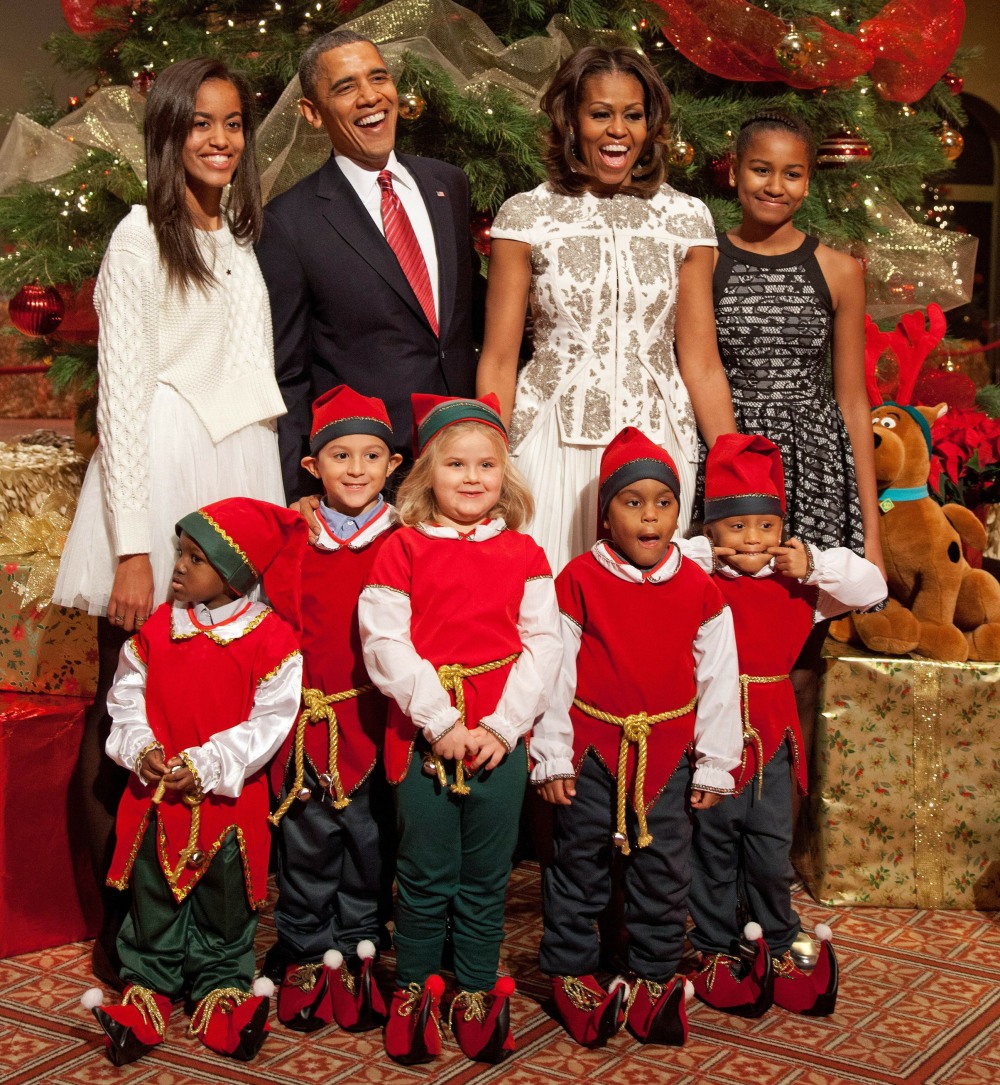 96 Responses to “Barack Obama: Michelle had an ‘underlying tension’ living in the White House”