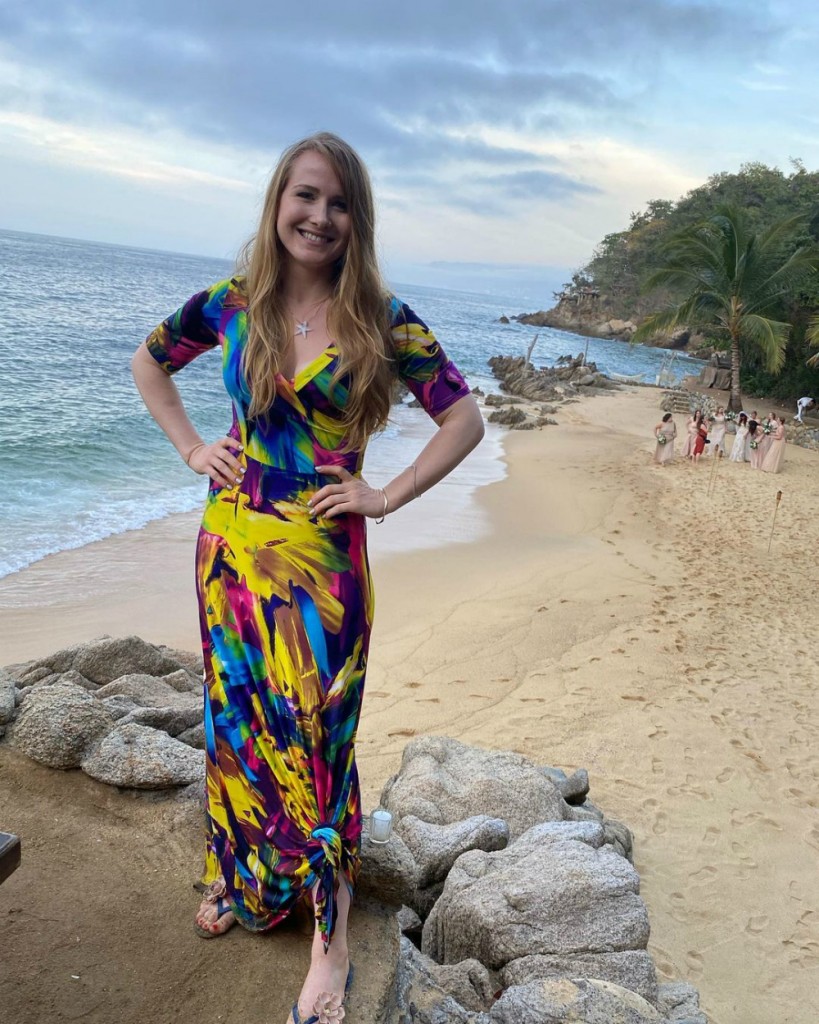 Rudy Giuliani’s 31-year old daughter, Caroline Rose Giuliani, made some waves one month before the election when she wrote a three paragraph op-ed for Vanity Fair in which she said Donald Trump was selfish and cruel, her father was a blowhard and urged us all to vote for Joe Biden. Caroline’s bio lists her as a filmmaker, political activist and writer. Up until this time, most of her writing has been in short films and television. Vanity Fair seems to have taken a liking to her, so she got her second piece with them, this time a bit of satire. It’s self care tips directed at Trump and magas to help them accept the fact that they lost the election. A few of her ‘tips’:

Commune with nature. Adequate gear is essential for outdoor adventures, so begin by packing up any and all belongings from the White House. Then trek into the wilderness until you lose cell service and Twitter will no longer refresh. Stay until America is back on track. This may take anywhere from eight years to forever.

Engage with your surroundings. It’s time for a redesign! Demolish remaining Confederate statues and consider replacing them with busts of Dolly Parton and John Lewis. For outdoor architectural projects, I recommend Four Seasons Total Landscaping. (Get a jump on your holiday shopping at the literary establishment next door.) Sexual self-care is critical if you don’t want to end up in the crematorium across the street. This is not a sponsored ad. But it could be! Call me, Fantasy Island.

Invest in skin care. After you work it out physically and mentally, it’s time for a cleansing routine! Avoid charcoal products or anything with artificial dyes, which may result in your face oozing as you make false claims of voter fraud in Philadelphia, for example. Opt for an exfoliating scrub—Coup D’état Be Gone is a popular one—to wash away any lingering desire to subvert the will of the people.

There are other tips, like adopting a stray but it sounds sympathetic to William Barr, Ted Cruz and Lindsey Graham, none of whom deserve sympathy or mercy. She tried to include every scandal she could in a short amount of space, including p*ssy grabbing and VP-Elect Harris’ “I’m speaking” line from the debates. In the end, Caroline seems to be speaking directly to her father by suggesting they “connect.” She went on to say, “Or at least stop ignoring your relatives who just want you to allow the democratic process to unfold unobstructed. (Artsy daughters are especially insightful.)”

If Caroline wants to use the incredible clout her name affords her to embarrass her dad in fluff pieces like this, that’s her business. A quick look at her Instagram shows a slight uptick in political posts so perhaps she is becoming more involved. That would be great, because given her private school education, connections and privilege, she has a platform most activists would give their eye teeth for.