The Duke & Duchess of Cambridge went maskless in Wales, Welsh peeps are not happy 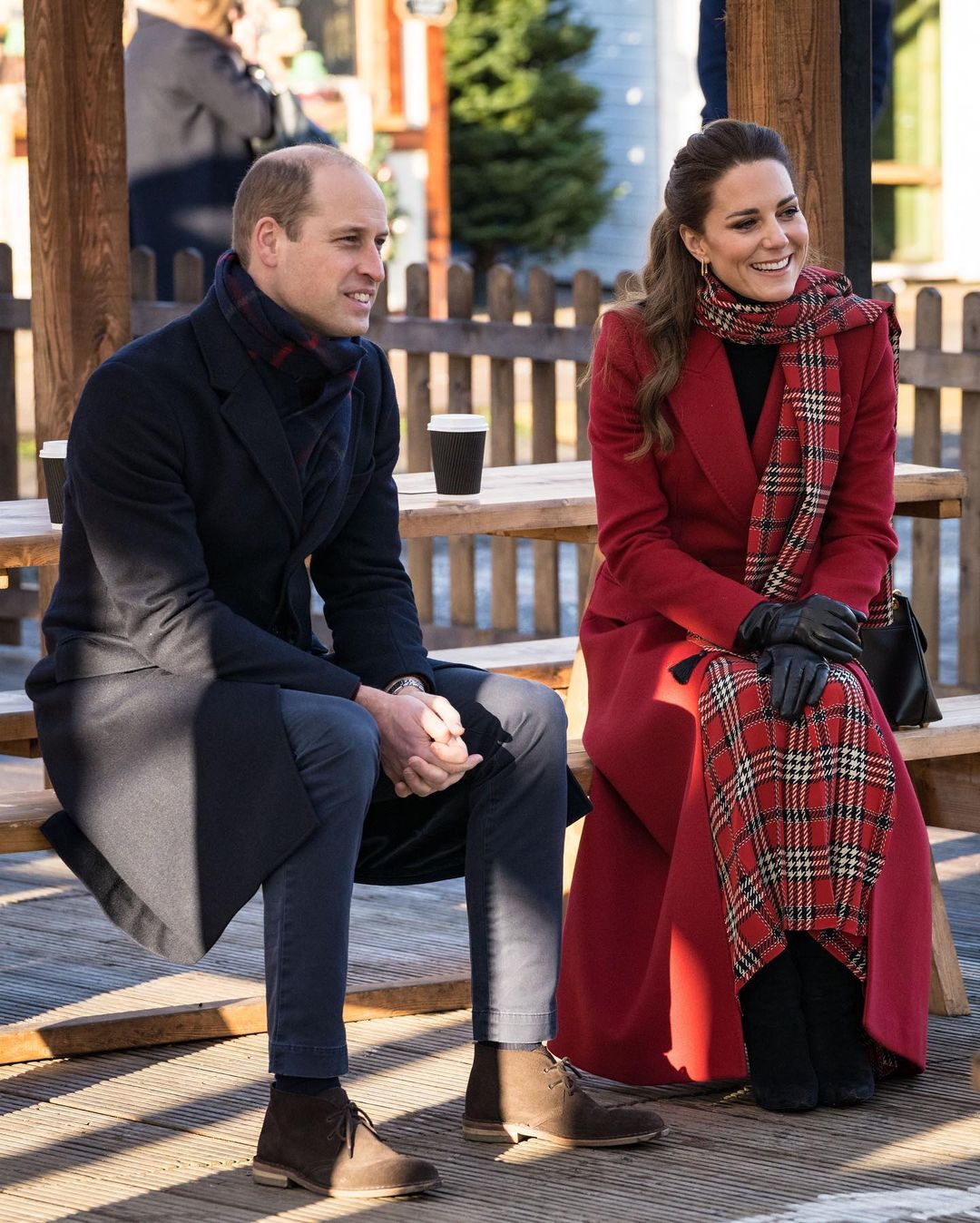 The Duke and Duchess of Cambridge arrived in Wales this morning for yet another stop on their Pandemic Train Tour. This whole tour is such a mess, you have no idea. If the tour wasn’t such a massive f–k up and an enormous public health catastrophe, it would be really funny. This morning in Wales, Kate the Theme Dresser wore red (red is for Wales). This coat is an Alexander McQueen piece, and I’m assuming it’s a repeat. Honestly, Kate pulling out all of these deep-cut repeats is just a reminder of how much money she’s spent on coats over the past decade.

Their first stop in Wales was at Cardiff Castle, where they visited a “Toast Your Own Marshmallow” stall. No one wore masks. REPREHENSIBLE. Even if, as the Keen-defenders argue, these events are outside, the f–king point is to do MORE than the current regulations, especially if you’re a public figure. Will and Kate have always had the responsibility to model good mask-wearing behavior. They’ve failed utterly since March. And we’re now in December and they’re disrupting everyone’s lives in the dead of winter, breaking existing lockdown regulations, all so they can wander around maskless on their Keen Superspreader Tour. Welsh government officials were none too pleased:

Prince William and Kate’s trip to Wales “is not an excuse” for people to claim they are confused about the rules around coronavirus, the country’s health minister has said. Vaughan Gething, the health minister in the nation’s devolved government, said he was “not particularly bothered or interested” in the couple’s trip, but insisted it wasn’t an excuse for people to break rules.

It comes after Nicola Sturgeon, the Scottish First Minister, gave the couple a somewhat frosty reception when they crossed the Scottish border on Monday morning.

Asked about the trip, Gething told BBC Radio 4: “I’d rather that no-one was having unnecessary visits, and people always have divisive views about the monarchy, but their visit isn’t an excuse for people to say that they are confused about what they are being asked to do. I’m not particularly bothered or interested because I don’t think that is going to be an excuse for people to say: ‘I should go and behave in a different way and I should act as if the harm that is being seen in front of us in every part of our healthcare system is not taking place’.”

Again, everything about this stupid f–king keen tour was so poorly thought-through, I have to think that something else is going on. I said this before in the coverage of the Nicole Sturgeon comments, but it really feels like Tweedlebald and Tweedlewiglet are Boris Johnson’s useful idiots, being sent out to deflect and act like a–holes.

112 Responses to “The Duke & Duchess of Cambridge went maskless in Wales, Welsh peeps are not happy”