Busy Philipps’ daughter won’t watch her show Freaks and Geeks with her: typical?

Busy Philipps is keeping active during quarantine with her new podcast, Busy Philipps is Doing Her Best. Like other parents, she and husband Marc Silverstein have also been trying to keep their daughters, Birdie, 12, and Cricket, 7, entertained. But Birdie recently took it upon herself to find her own entertainment. She bought a set of DVDs of her mom’s 1999 series, Freaks and Geeks. Birdie discovered the DVDs at a vintage record shop, but won’t let her mom watch with her. So far, Birdie’s only review is that her mom is “weird” in the show.

“She’s got a very sophisticated palette for shows,” the This Will Only Hurt a Little author, 41, recently told Us Weekly exclusively while promoting her Scotch-Brite Brand partnership.

The Illinois native, who also shares daughter Cricket, 7, with her husband, Marc Silverstein, added, “Interestingly, she was at a vintage record shop here in New York with her babysitter wearing masks, and she saw the DVD for Freaks and Geeks and bought it. She’s been watching the DVDs, but she won’t watch them with me.”

The preteen told her mom that she’s “weird” in the show, the actress added. “She’s kind of like, ‘Your voice is really deep, and it doesn’t even look like you. You look like me.’ And I was like, ‘Yeah, I was a kid, obviously.’”

It’s always amusing when kids come across old photos or videos of their parents. When my folks moved a while back, it unearthed some images that shocked my kids. They kept asking, “who’s that?” and simply wouldn’t believe their mother looked – or dressed – like that, once upon a time. But if the parent was playing a role and it was 21 years ago – I could see where that would be a mind-melt. According to Busy, her daughters don’t care about her profession. She told Us earlier this year that, “My kids literally don’t care about what I do.” While they understand what she does, they simply aren’t interested.

Us asked Busy if the reissuing of Dawson’s Creek sparked any interest in the girls and she said no. Busy thinks Birdie’s television show palette is too “sophisticated,” and she wouldn’t like it. Busy also mentioned in the clip that she is filming a new TV show, so Birdie will have even more of her mother’s shows to ignore. I looked it up because IMDb didn’t have much on it. The show is called Girl5Eva and it’s about a one-hit-wonder girl group from the 90s. It also stars Paula Pell, whom I love, Sara Bareillis – and Renée Elise Goldsberry from Hamilton! Tina Fey is producing. Sounds cute. CB found some pics from the set of Busy with Sara and Paula, they’re below. 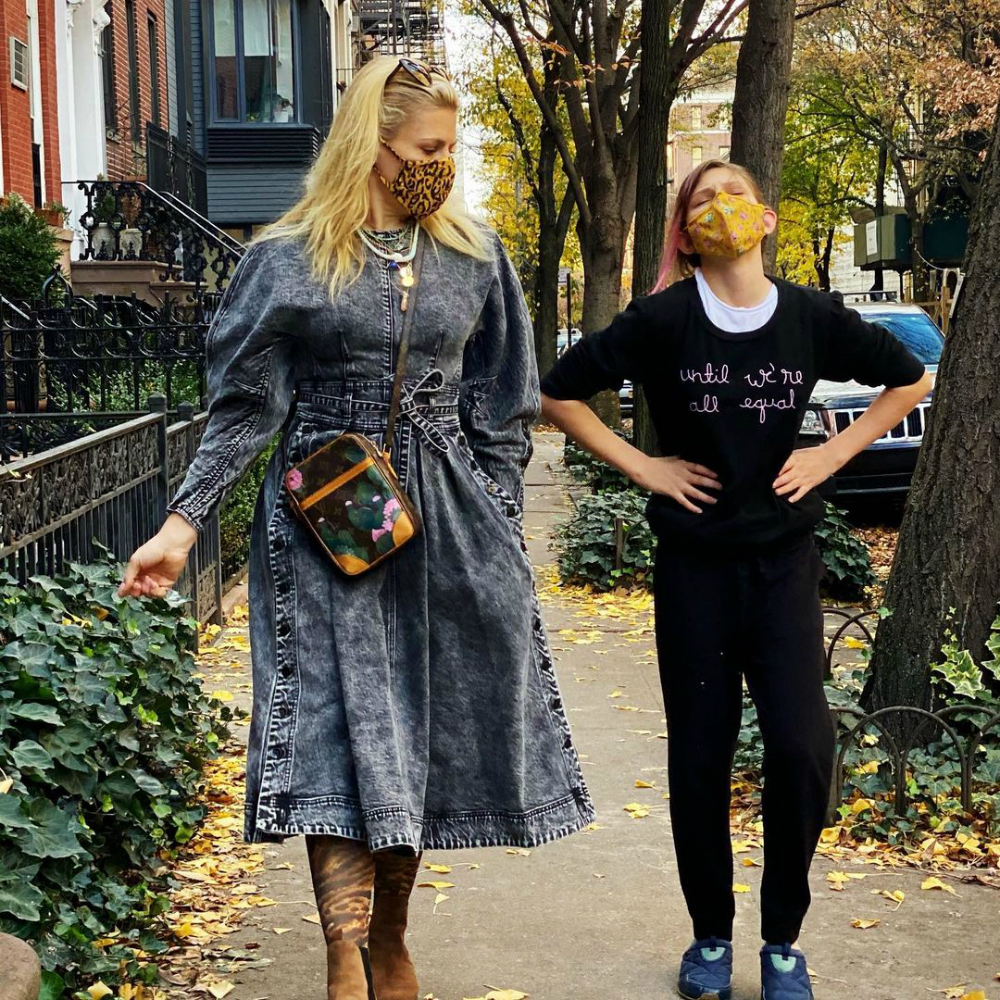 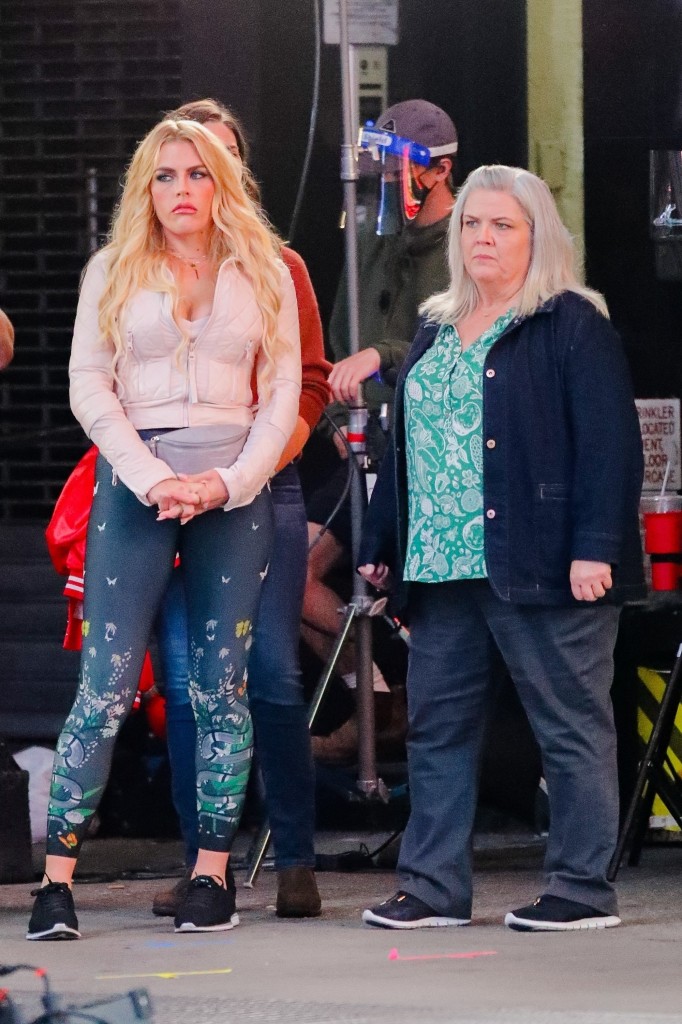 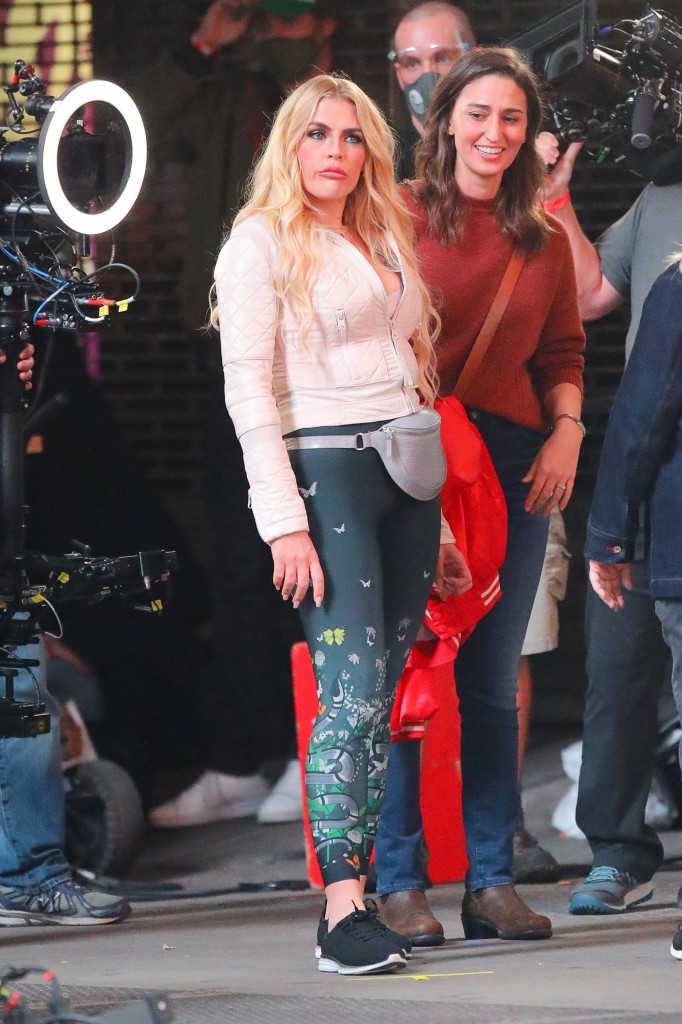 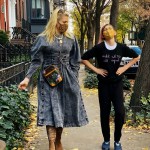 17 Responses to “Busy Philipps’ daughter won’t watch her show Freaks and Geeks with her: typical?”