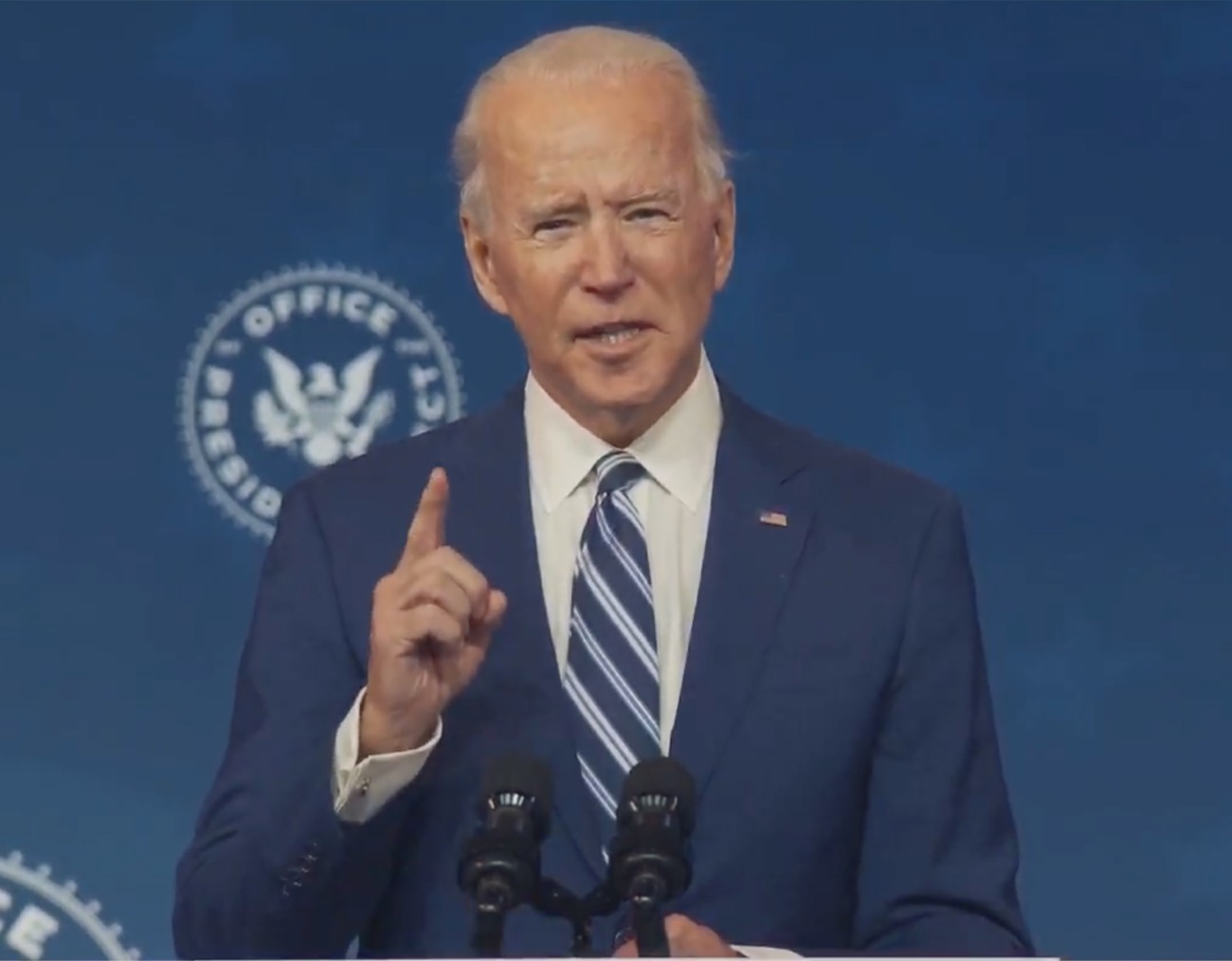 Politico has a depressing story about all of the pandemic protocols around Joe Biden and his transition team. It’s depressing because this really should be a joyful time for Democrats and a moment where so many hard-working Dems are gleefully interviewing for jobs in the incoming administration. But Biden has smartly imposed public health protocols at every level, meaning that the people interviewing for assistant secretary to the Assistant Secretary of Interior are all blasting their CVs via email, and then doing their interviews virtually. But this Politico story did include some info about Biden’s plans to move into the White House only after it has been massively decontaminated:

Small and infrequent public events. Repeated testing of staff, reporters and the president-elect. Aides debating policies and Cabinet picks without ever meeting face-to-face. Preparations for a pared-down, mostly virtual inauguration. Joe Biden’s team has meticulously carried the virus safety practices of his campaign over to the transition. And his staff plans to take that approach to the White House on move-in day — intent on setting a good example for the country and avoiding the dangerous and embarrassing outbreaks of Covid-19 that have infected dozens in President Donald Trump’s inner circle, most recently sickening his personal lawyer, Rudy Giuliani.

“It’s a dynamic situation with the pandemic, but I think you’ll see the exact same adherence to and commitment to the science of keeping the team safe that you saw during the campaign and transition, you’ll see that as we enter the physical space,” said Yohannes Abraham, the executive director of the transition.

The grim reality of the country’s recent surge of cases is shaping Biden’s plans for the first days of his administration and how he plans to run his White House. The team only plans to have a skeleton staff working on campus at first, with most continuing to work remotely from home. They also plan to have the building — which has seen numerous virus outbreaks among staffers and top officials this year— meticulously sanitized.

Because the coronavirus can linger on surfaces for multiple days, a team deployed by the General Services Administration will go over every part of the White House’s East and West Wings touched by human hands in the hours after Trump departs and Biden moves in, a spokesperson from the agency confirmed to POLITICO. That includes plans to “thoroughly clean and disinfect” all furniture, doorknobs, handrails and light switches, before Biden and his team move in. Additionally, a private contractor will provide “disinfectant misting services” to clear the air of lingering droplets.

Still other changes aimed at keeping Biden and his team safe will be more cultural than logistical. “It’ll be the polar opposite of what you’re seeing now,” said Nicole Lurie, a former HHS assistant secretary of emergency and preparedness under the Obama administration who has advised Biden’s Covid-19 response. “I think the social penalties for non-mask wearing will be great. Instead of people being ridiculed for wearing masks, they’ll be pressured in the other direction. It’ll be hard to be in a meeting and not wear a mask or social distance.”

Thus far, those sorts of protocols have worked — preventing the 78-year-old Biden and nearly everyone in his circle from getting sick — but they have not been easy.

Yay! I’m so glad that there are people tasked with a deep-cleaning of the White House before Biden moves in, and that he’s hired a non-government cleaning service to do the “misting” disinfectant. When I took my car into the Nissan dealership, they did the misting thing in my car too. I hope it’s more than just spraying that Lysol disinfecting spray! Anyway, I do feel sorry for the young Democrats seeking jobs and trying to make an impression virtually. But I’m glad that Biden is bringing public-safety culture to the White House, because sh-t has gotten nutty as a fruitcake out in America, with heavily-armed “anti-maskers” roaming around, threatening people. 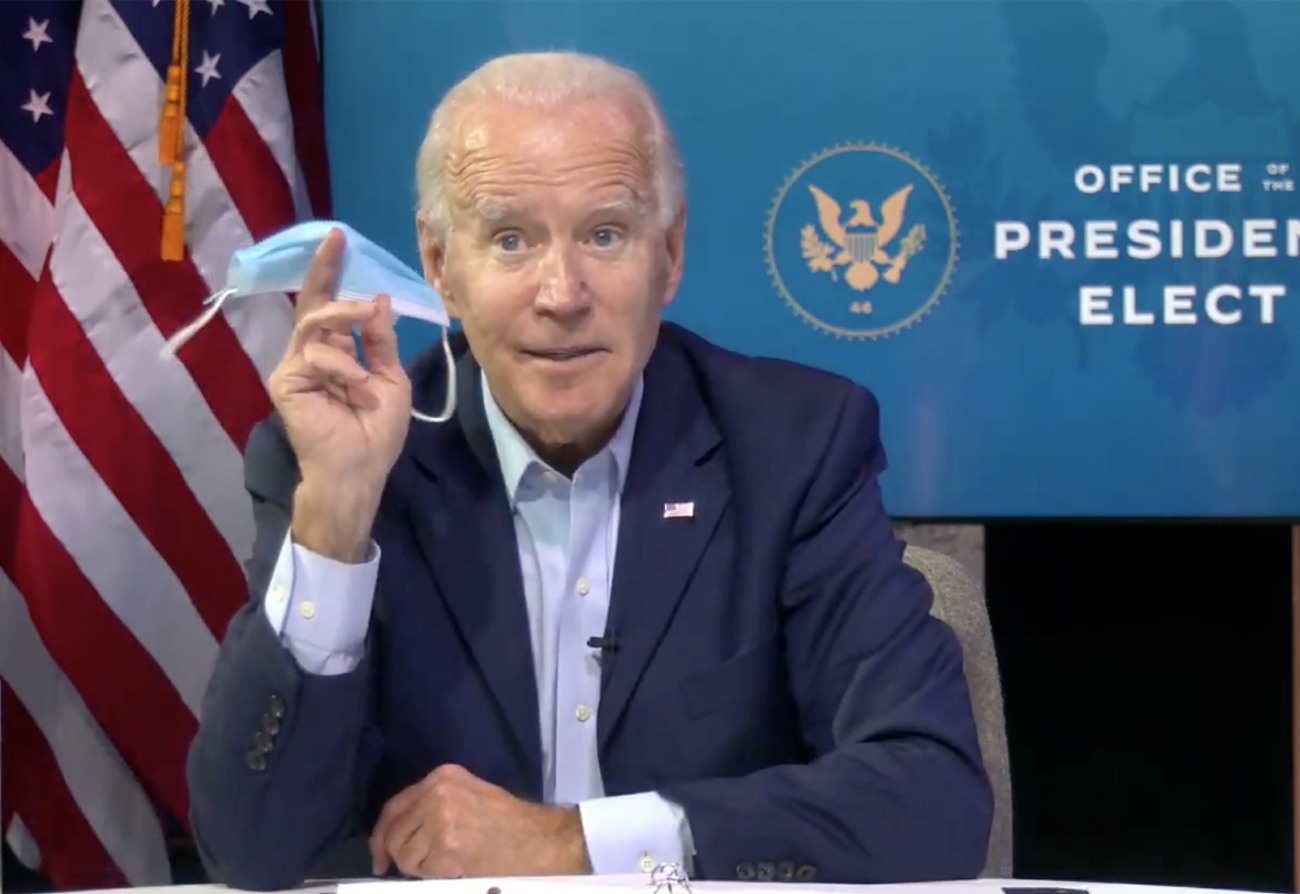