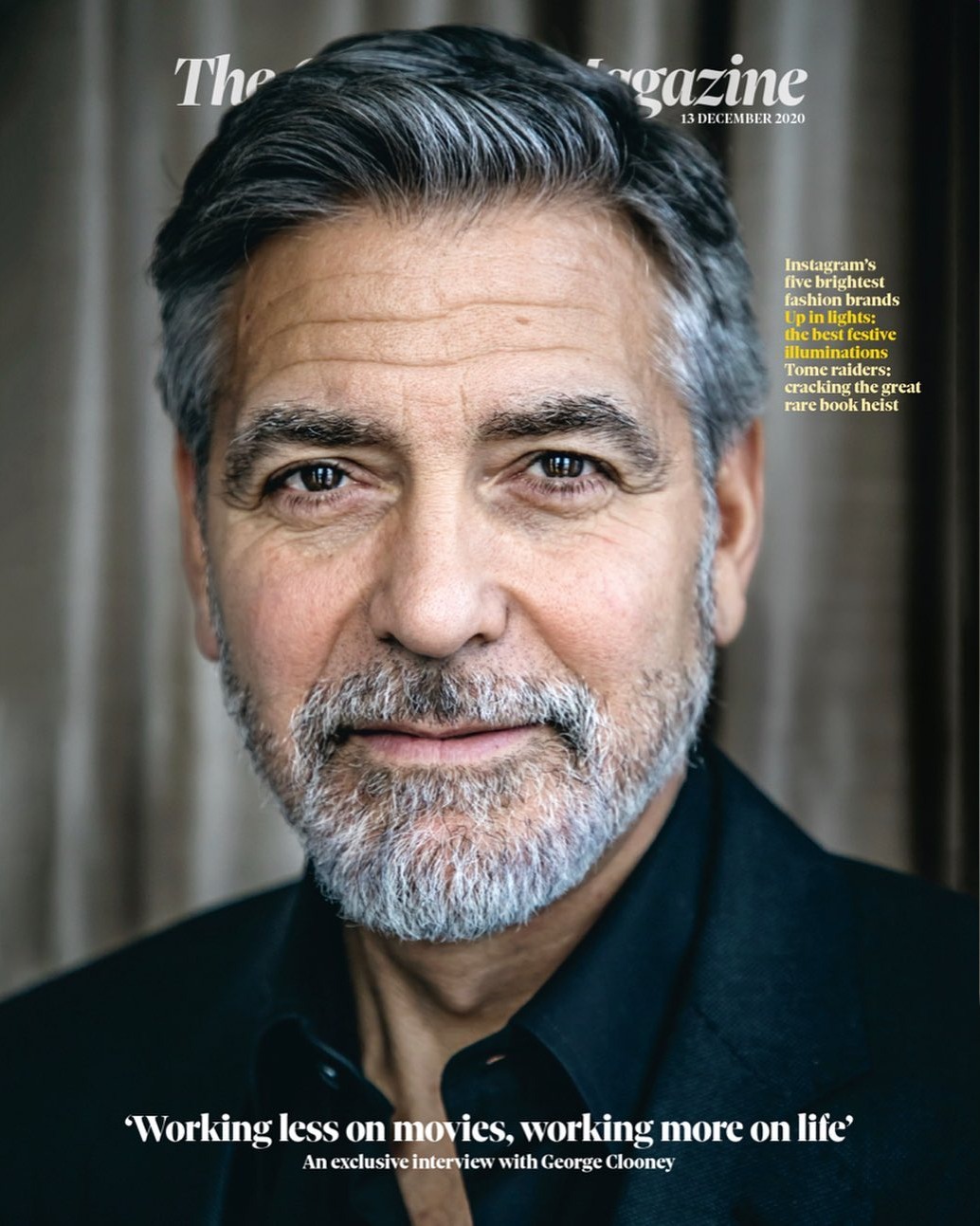 I appreciate the fact that George Clooney is doing a lot of press for The Midnight Sky. George has always been a throwback to another era, and that includes his media strategy. Even though everyone is still in some state of lockdown, he’s still figuring out a way to blanket the media with his promotion. He covers the Guardian’s weekend magazine, The Observer Magazine, and he chatted with them about falling for Amal, their kids, and lots of other stuff. You can read the full piece here. Some highlights:

His kids are learning to ride bikes: “Put it this way… The idea of them falling is not my favourite thing. And I try to give ’em enough room to make their mistakes. There’s a lot of things you try not to do that your own parents did. Not because your parents were bad parents. But because you can see the way it has affected you… You’re trying to break the chain, man.”

Alexander has asthma: “This has been a crappy year for everyone. Started badly and ran badly all year long, until recently… But I’m very lucky. I ended up having a successful career. I wound up living in a home with some space in it. We can walk around outside.” They haven’t left the compound much since March, Clooney says, because “my son has asthma. They say it’s not so bad on young people. But do we know that? We don’t know anything about the longterm of this yet.”

His political work: “I just feel like, with kids this age, having young children in a period of time when there’s all this craziness, I wanna make sure I can say, ‘These are the things we did to stand against this moment in history.’ Not just to make them proud. But to make their world better.”

Going on his first dates with Amal while he promoted The Monuments Men: During promotion, Clooney had mentioned a belief that the United Kingdom might return the Parthenon marbles to Greece. “And that was when your current prime minister compared me to Adolf Hitler. Boris Johnson. Literally compared me to Hitler.” Clooney doesn’t often let the measured, cool-bean persona slip – but now he giggles like a schoolboy, reddening, properly amused. “It still makes me laugh. Bit of a stretch. But he said my comments about the Marbles made me an art thief like Hitler was an art thief…. It was kind of great for me! Because Amal and I were secretly dating at the time. No one knew. There was all this uproar about what I’d said. And I was meeting Amal for dinner that night.” By coincidence, she had been hired as a lawyer to advocate on Greece’s behalf for the return of the Marbles. “She goes to me, ‘Y’know I’ve worked on that case? So listen. Here’s a lot of stuff you should say.’ She told me about Unesco rulings. Gave me all this info.” Next time Clooney spoke about the matter in public, hoping to settle Johnson’s hash, “I was just loaded with facts. Fantastic!”

He used to see Donald Trump on the New York party circuit. “I knew him as the guy who was, like, ‘Hey, what’s that cocktail waitress’s name? Is she single?’ That’s all he was. Literally that’s all he was. And to see that become president, it felt as though the world had gone crazy.” Now, he says, as the page turns to president-elect Joe Biden, “The hope starts. After four years of some pretty insane stuff coming out of the United States, there is some normalcy.”


I actually remember the thing with Clooney talking about the Elgin Marbles, God that was so long ago. It was a major kerfuffle in the UK at the time, and George was soundly bashed by various British government officials for, you know, daring to say that the British Museum should actually return a lot of the stuff which was stolen/looted from other countries.

As for the rest of it… George sounds more content than I would expect. It’s still a little bit crazy to me that he really went full “family man” with so little drama. 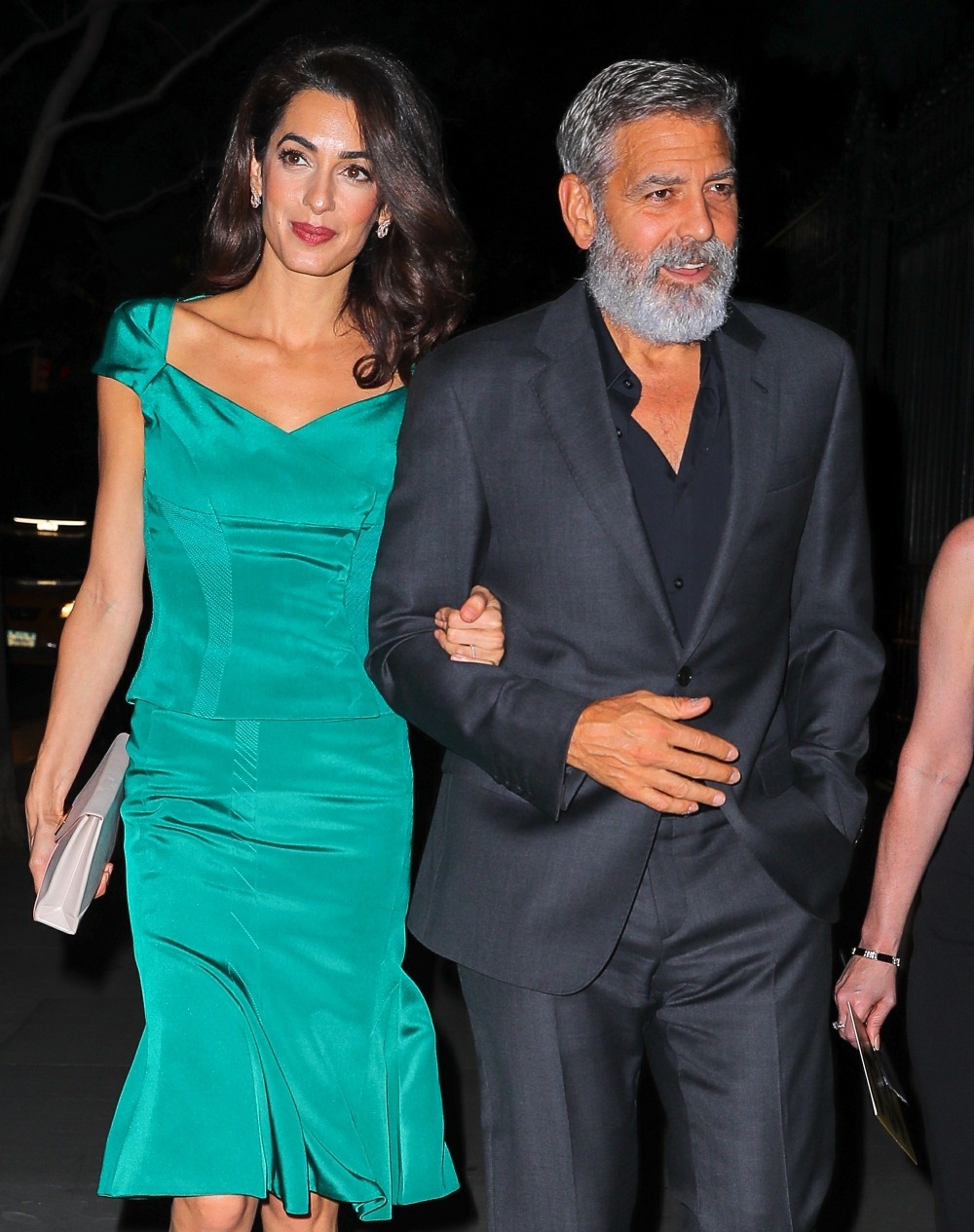