Tom Cruise rants at MI7 crew members who failed to social distance: was he wrong? 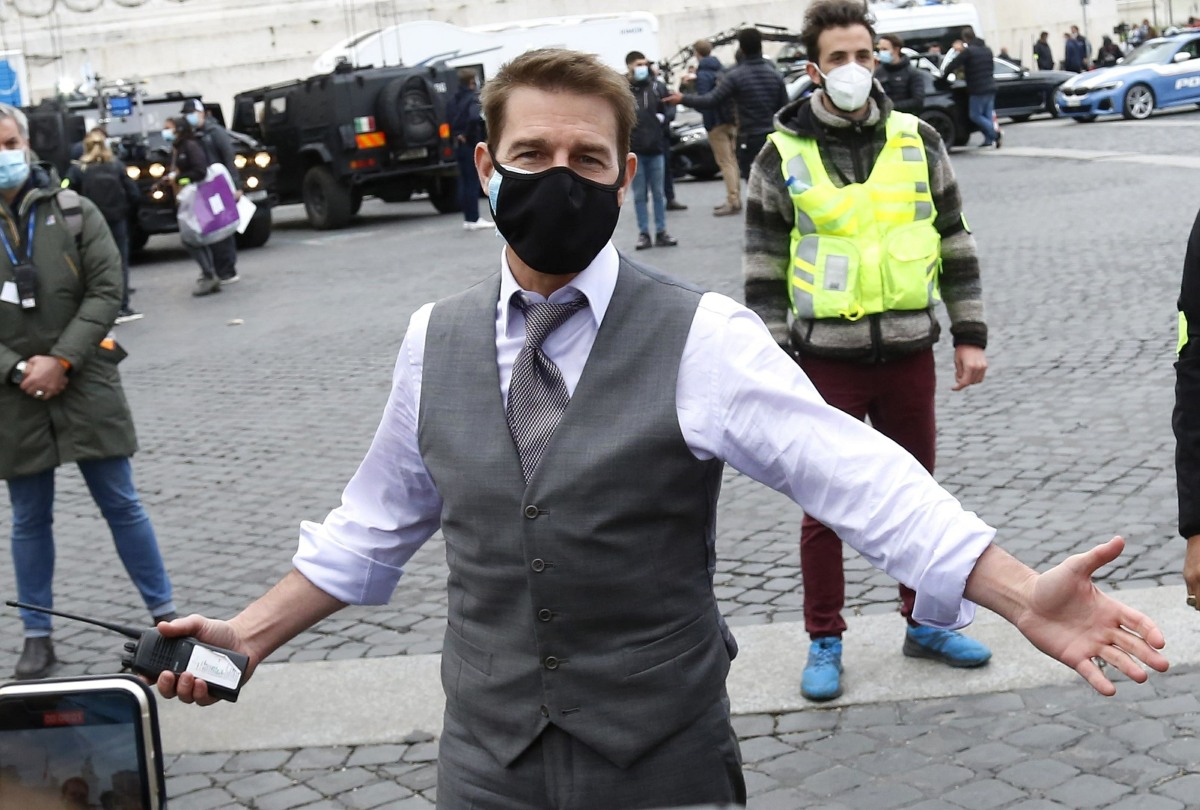 For months now, Tom Cruise has been in Europe, filming Mission Impossible 7 through the pandemic. I remember seeing photos of him working through Thanksgiving, and I would assume he’ll be working through Christmas. The MI7 set got permission to film in Italy through the pandemic as long as they were completely compliant with Italy’s covid protocols, which includes everyone being masked up, including the actors when they’re not filming a scene. The point is that it’s been a long, grueling shoot and for what it’s worth, Tom has personally modeled good mask-wearing behavior at all times when he’s not directly being filmed for MI7. In close-ups, you can even see that he’s double-masking. So, Tom expects everyone on the crew of MI7 to do the same. The production has already been shut down once because of a covid outbreak, and if that happens again, Tom knows it’s his ass, and he knows the studio is likely already hemorrhaging money to get MI7 done. So… when Tom saw some crew members NOT social distancing, he exploded. And someone was recording him, and they sold the recording to The Sun:

According to the Sun, Tom’s rant came after he saw two crew members standing within two meters of each other – the crew members were watching video playback on the monitor next to each other. That’s what led to this. While angry rants aren’t usually a good sign, it’s not like Tom is screaming incoherently over nothing. Everything he’s saying here is dead-on. MI7 is one of the few studio films being made this year, and that’s contingent on the cast and crew adhering to masking, social-distancing and testing protocols. They’ve been filming for months too, and again, everyone involved knows the stakes. While Tom is obviously a deeply problematic person, he’s not wrong here?

Also: Tom has put his own money into this MI7 production. He put in $500K so that cast and crew could isolate from the world on an old cruise ship while the production was ongoing. This angry rant happened in the UK, where they’re likely completing interior shots in studio space (meaning indoors, not open air). 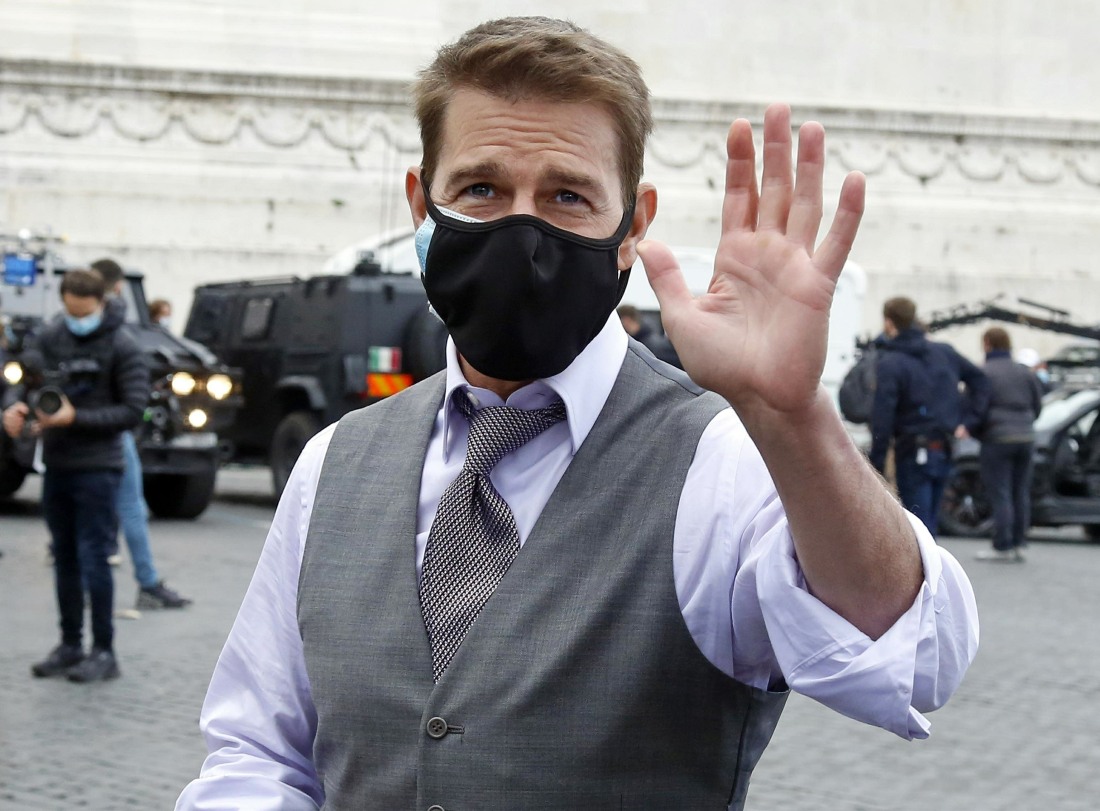 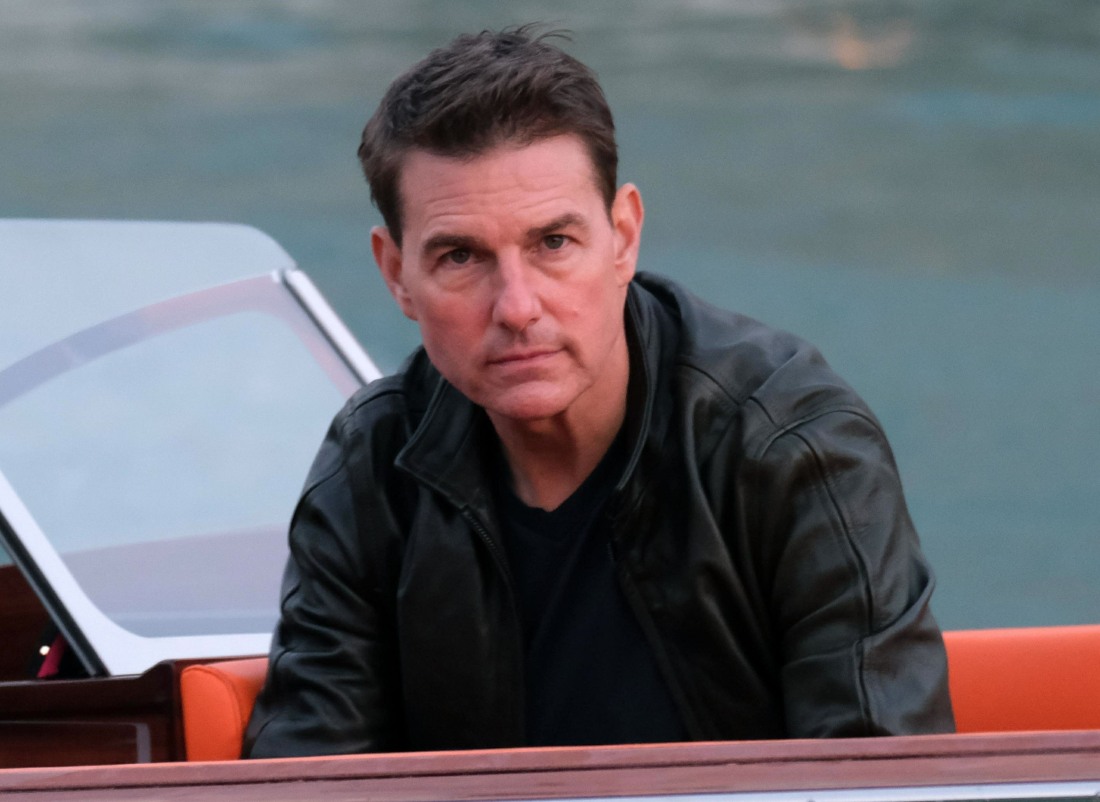 177 Responses to “Tom Cruise rants at MI7 crew members who failed to social distance: was he wrong?”