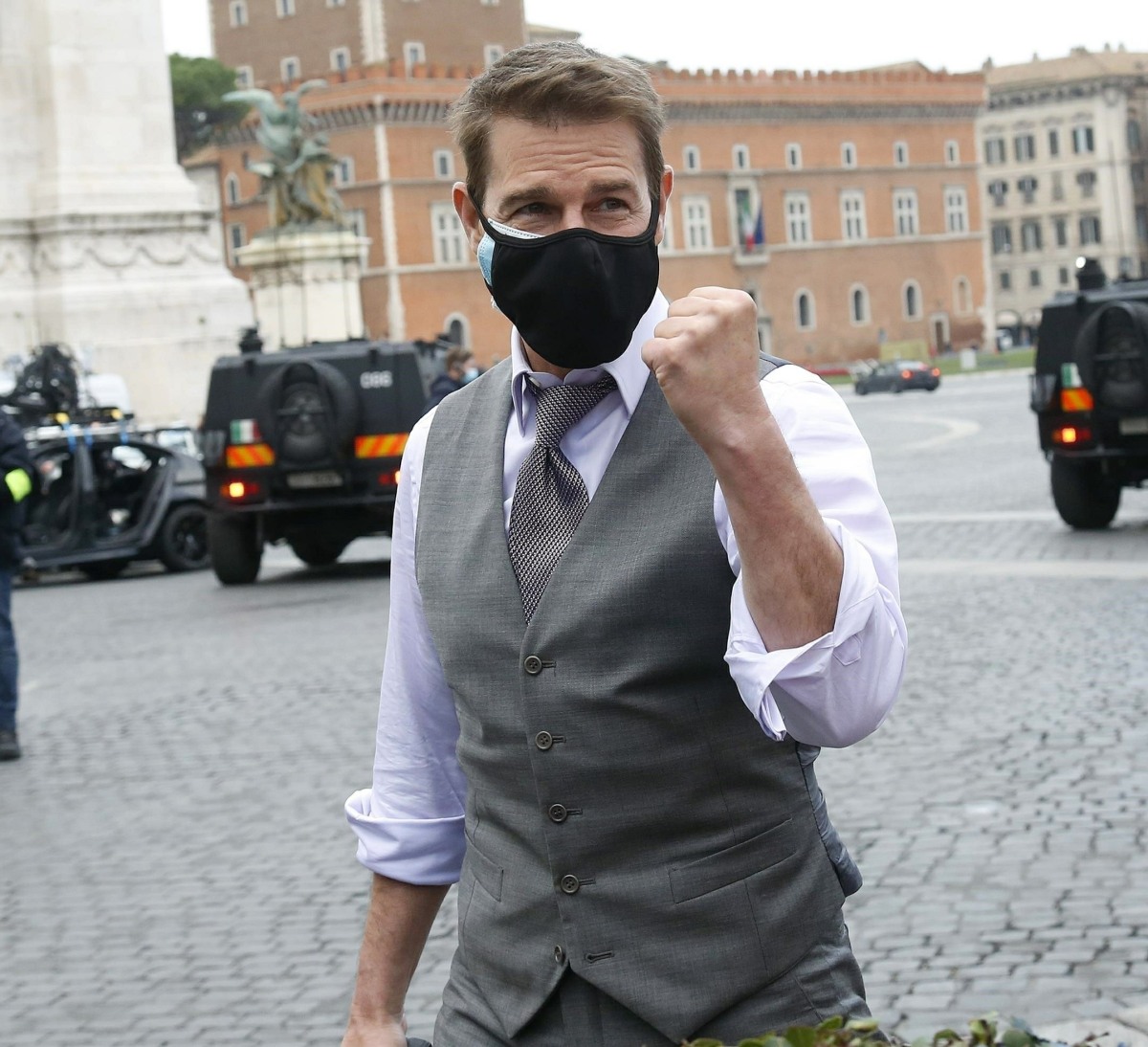 As we discussed yesterday, Tom Cruise was “secretly recorded” screaming at crew members on the set of Mission Impossible 7. MI7 has been filming all over Europe for months, and they were recently in Italy for an extended shoot, and the production is now filming at one of the studio spaces in London. It would not surprise me to learn that the production – and likely Cruise himself – had to make special appeals to European governments to continue shooting throughout the fall and winter, and the production was likely given special dispensation as long as everyone adhered to strict mask and social distancing rules. That was what Cruise’s rant was about – he saw some crew members failing to social distance, and he lost it. Apparently, that recorded rant wasn’t the only time (recently) that Cruise took it upon himself to scream at the crew about following pandemic protocols. And now the Sun claims that several crew members have quit over it.

Five staff have quit Mission Impossible after a second meltdown by star Tom Cruise. The Sun yesterday told how the actor let rip after two crew breached Covid rules by standing too close together. Another eruption followed on Tuesday night as news of his rant emerged.

A source said: “The first outburst was big but things haven’t calmed since. Tension has been building for months and this was the final straw. Since it became public there has been more anger and several staff have walked. But Tom just can’t take any more after all the lengths they have gone to just to keep filming at all. He’s upset others aren’t taking it as seriously as him. In the end, he’s the one who carries the can.”

Delays have blighted the franchise’s seventh instalment. Cruise, 58, who plays Ethan Hunt and is a producer, has pumped a fortune into Covid measures including hiring a cruise ship so staff can isolate. In October, he held crisis talks with director Christopher McQuarrie days after 12 people on set in Italy were said to have tested positive. Since returning to the UK two weeks ago, Cruise has been pictured wearing a mask on set.

A source said: “Tom has taken it upon himself to try to enforce precautions with a view to keeping the film running.”

But Spencer MacDonald, of entertainment union Bectu, said: “After a very difficult year for freelancers working in the industry the last thing crews deserve is a multi-millionaire Hollywood star screaming abuse and threatening their jobs.”

Yeah… at no point in my coverage did I say that I think Tom is an A-plus guy. He’s not. He belongs to a dangerous cult, and the cult does the most to keep him happy, even if that means slave labor and programming women to be his girlfriends. But… I just don’t think he’s totally in the wrong here, in this very specific situation. Sure, it’s gross that a man of enormous wealth and privilege is verbally abusing crew members. It’s awful. But also: people have been acting like absolute a–holes throughout the pandemic, and I can understand how some people – those of us who wear masks and social-distance – can sometimes get enraged and frustrated at people who continue to break the rules. Again, it’s not about Tom being “justified” or anything. But people are truly quitting their jobs because their boss yells at them… when they’re putting themselves in danger, putting other people in danger, and putting the production in danger? No one is correct here and all I’m saying is that I can understand why everyone, especially Tom Cruise, is frustrated. 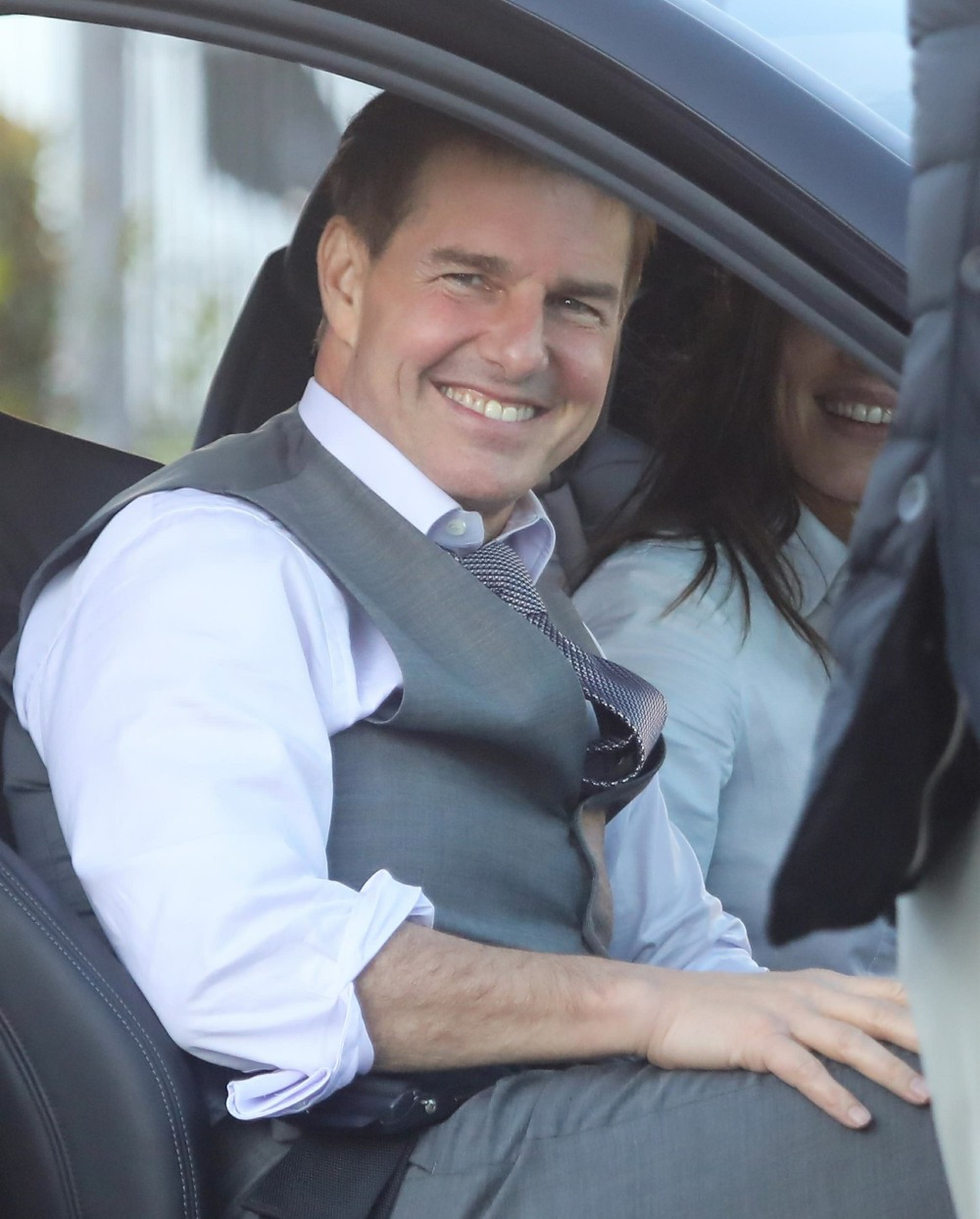