Mike Caussin celebrates ‘the most sober year of my life,’ meaning he still cheated, right? 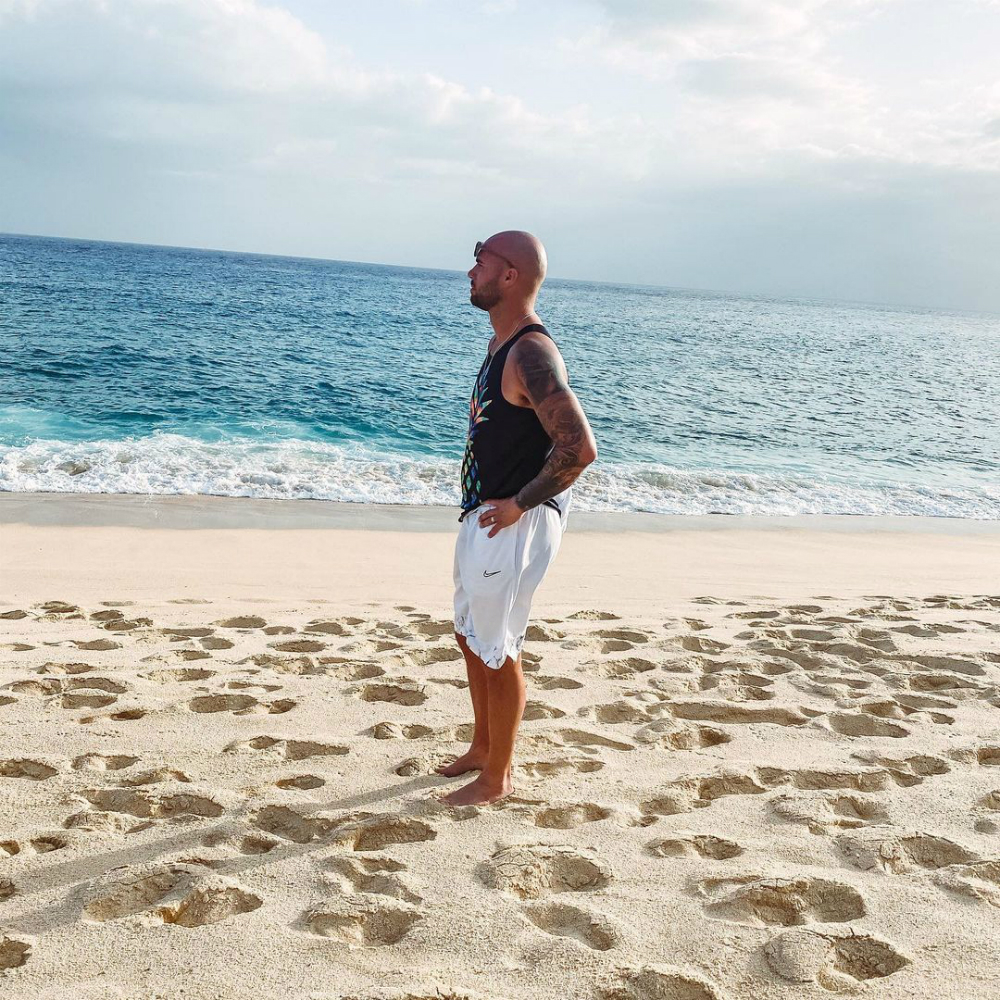 Mike Caussin and Jana Kramer have found an interesting niche for their lifestyle brand, the foundation of which is selling their dysfunctional marriage. Mike is a recovering sex addict who has cheated on Jana throughout their relationship. He sought treatment, which included him almost divorcing her during one of his stays in rehab, oddly enough. And Jana has recently admitted she strayed as well, although she justified it because he did it first, or some such logic. The couple have a podcast, Whine Down with Jane Kramer and Mike Caussin, and released – I kid you not – a self-help book called The Good Fight. The bent of most of their discussions seem to be that Mike is severely flawed and always messing up, but they love each other so much and their relationship is worth fighting for, so they do. Then they post a series of loved up photos in which they talk about how grateful they are for each other. Monday, however, they took a different approach. Jana posted the photo above to her Instagram with a statement supposedly written by Mike, in which he celebrated “the most sober year of my entire life.” The caption read:

“As an addict I carry a lot of shame. Others who share a similar disease can relate. We rarely like to speak about it let alone acknowledge it. But this Thursday I celebrate the most sober year of my entire life. I’ve had my stumbles and falls over the last four years in this program but this year has finally been different. None of that has been possible without finally allowing myself to lean into others, lean into my wife and lean into God. This isn’t a post for attention, sympathy or congrats. It’s a post to express humility and acknowledge that we don’t have to go through life alone. As human beings and especially as men we can learn to be vulnerable, we can allow others to help us when we need it. So maybe going into this new year we can all lean into each other a bit more. It’s our choice whether we want to live divided or together. So given that choice why would you want to be divided? We are all different and thats what makes us the breathing miracles we are. Let’s choose to embrace that in 2021. “ -Mike. #mikemonday #sober. Head to our podcast this week to hear all about the birthday coming up

There’s a lot to unpack here, starting with the fact this statement is posted on Jana’s account. I remember grabbing photos from Mike’s IG before, so I looked it up and his IG is now solely a promotional account for their podcast. The photos there are either podcasts guests/friends or loving couple photos with Jana, family photos with the kids or Jana on her own, virtually none of Mike alone. Every caption is either Jana speaking or some third person speaking about Jana. Mike’s words only show up in quotes. It’s weird and specifically curated to erase Mike’s voice. The Whine Down IG’s caption for Mike’s one-year milestone reads, “The start of the new year marks one whole year of sobriety for Mike from sex addiction.” So did Mike get a full year of sobriety or, as he said above, was it “the most sober year” of his life? Because those are very different statements in the language of addiction. Normally I wouldn’t scrutinize something like this so much, but Jana and Mike have begged us to do just that. They literally bank on the public’s obsession with Mike’s addiction, their chaotic relationship and what will go wrong next. When fans referred to their marriage as The Perfect Trainwreck, they named a podcast episode after it. They eat up being the little dysfunctional couple that could.

Which brings us back to Mike’s statement. I think that’s what this is, a half-hearted attempt to show progress. Because even though their issues have gotten them this far, if they want to be perceived as relationship gurus, they have to actually show growth to hawk podcasts and books on the subject. So they’ll kick off 2021 with a new and improved Mike, a more solid relationship, more trust – everything they’ve been working towards. Mostly. That’s the key for these two – they can’t be fixed, or they lose their edge. Past-tense problems aren’t going to sell, especially since we’ve heard all theirs already. So they have, once again, placed the bait for more chaos to come. It’s only a matter of time before we learn the pockets in last year that made it “the most sober year” and not a completely sober year. 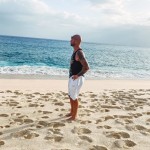 18 Responses to “Mike Caussin celebrates ‘the most sober year of my life,’ meaning he still cheated, right?”