Kamala Harris: ‘At the risk of oversimplifying it, you don’t meet hate with hate’ 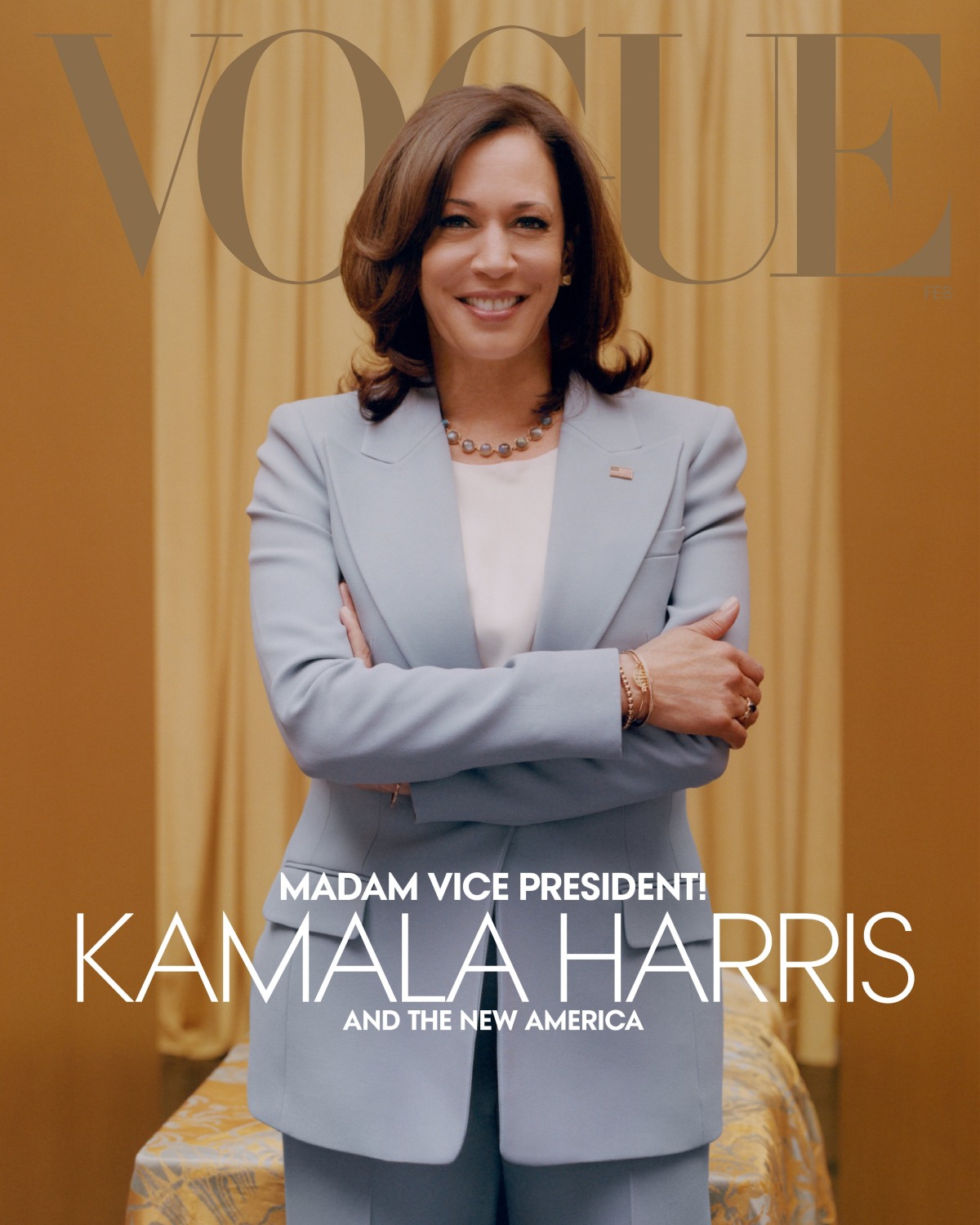 There was an early leak of Vogue’s Kamala Harris cover (for the February issue) and people weren’t happy. I was really mad about the photoshop around Kamala’s head (which Vogue did to fit in their banner) and I was mad about her expression and how half-assed everything looked. As it turns out, the “Chucks photo” was only one cover, the newsstand cover. The more presidential one, the one with the soft gold background, is the digital cover. While Kamala’s expression is much better in the new cover, the background is still… weird and not great. The floral table behind her is distracting! Anyway, you can read the full cover story here. Some highlights:

Why she spoke at their victory rally in November: “It was very important for me to speak to the moment, and the moment includes understanding that there is a great responsibility that comes with being a first.” She wanted to say something that night that young Americans would remember. “I always say this: I may be the first to do many things—make sure I’m not the last. I was thinking of my baby nieces, who will only know one world where a woman is vice president of the United States, a woman of color, a Black woman, a woman with parents who were born outside of the United States.”

Science matters: “You look at that tunnel between New Jersey and New York; if there is another Hurricane Sandy, it’ll probably be wiped out. You look at the wildfires in California—the whole West Coast, from Washington and Oregon, to California and Colorado. And the storms ravaging the Gulf States…What we want is to get everyone vaccinated, and we intend to make sure that they are free vaccinations. You look at our Black and Latino and Native American populations, and you see that all the [health and economic] disparities before the pandemic have been highlighted and exacerbated.”

How she feels about Trump’s post-election energy: “At the risk of oversimplifying it, you don’t meet hate with hate. You don’t meet one line of division with another line of division. We believe that the vast majority of American people don’t agree with that approach, don’t accept it, and don’t like it.”

She’s not anti-police: “There are a lot of issues where we just need to speak truth, difficult though it may be to hear. If there is a rape, if there is a child who is molested, if there is a homicide, every community wants to know that there will be a police officer who responds to that. We also know we need to decriminalize marijuana and expunge the records of people—I’m reluctant to accept false choices. I think the vast majority of Americans, when presented with the facts, when presented with the truth, will agree we need to have reform of policing—and we need police officers!”

Her marriage to Doug: Most mornings, they work out immediately after waking up, listen to “old-school hip-hop, real old-school jazz, the classics like Prince and Stevie Wonder,” and try to cook together as much as they can. “Loves to cook is an understatement—it just connects her to so many things. Food is family, and family is love,” Emhoff says. Harris taught Emhoff, usually a non-cook, “three moves”: baked chicken thighs with brown rice and spinach, a string-bean stir-fry, and swordfish. When Emhoff once tried to grill burgers and steak inside their apartment, Harris had to fan away the smoke with her briefing binder. “That was a low point,” Emhoff jokes.

The Vogue piece was good, albeit nitpicky in a way I wasn’t completely expecting – I felt like Vogue writer Alexis Okeowo found, during the election, all of the people of color who were like “I don’t agree with Kamala Harris on this, this, this and this but I’m still voting for her.” Like, not everyone who voted for the Biden-Harris ticket had to couch their support in criticism. The same thing happened with Hillary Clinton – the narrative of “I’m beyond happy to vote for Clinton” was rarely represented, which added to the perception (exploited by Trump) that there was an enthusiasm gap. I’m sure millions of people voted for Biden-Harris because they aren’t Donald Trump and Mike Pence. But millions of people voted for Biden-Harris because they were genuinely excited for the ticket. The same thing with the incoming administration – I’m really excited to see what they’ll be able to do with narrow majorities in the House and Senate, and I’m not going to start screaming at them on Day 1 that they’re not doing this or that. Learn to celebrate, damn. 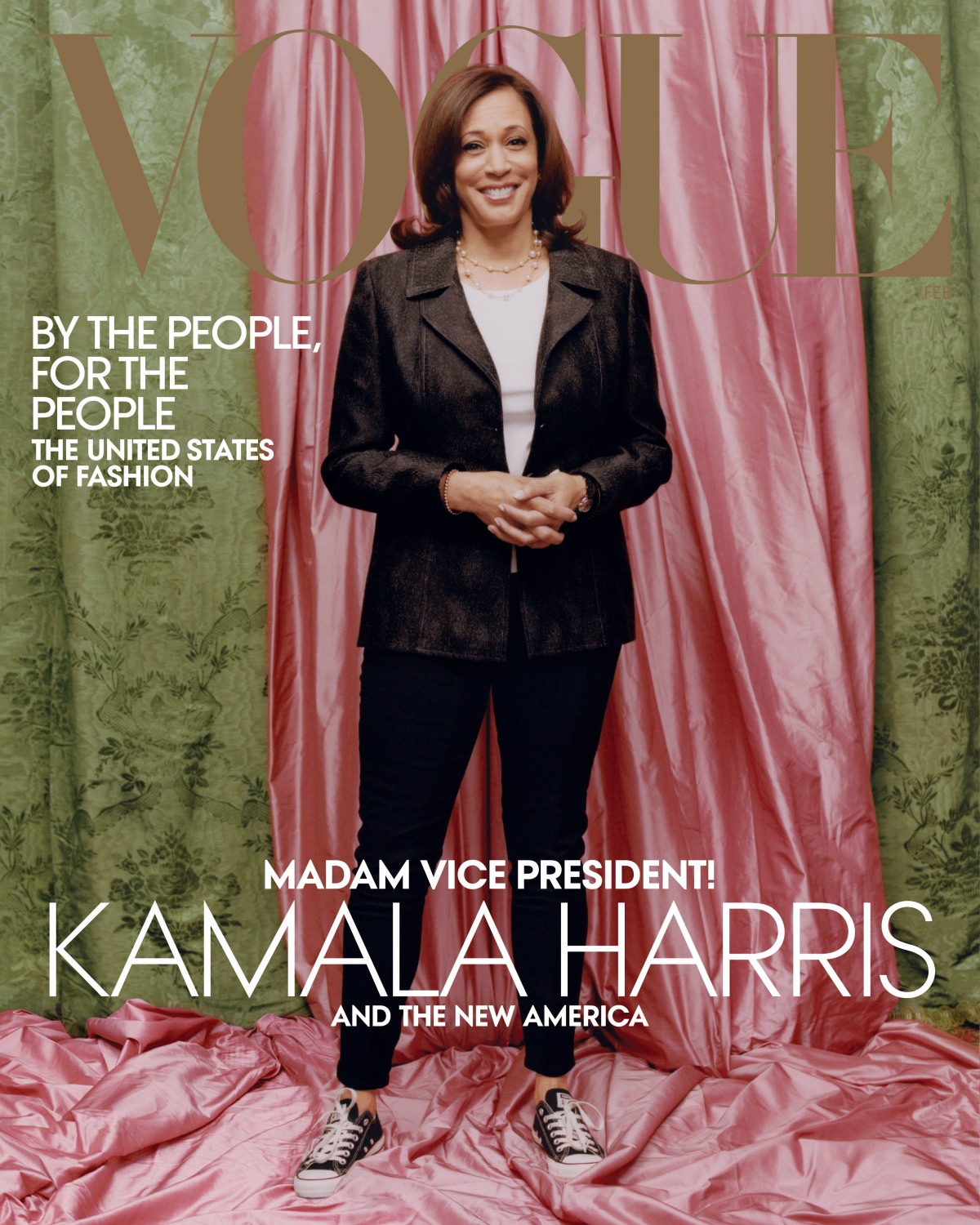 10 Responses to “Kamala Harris: ‘At the risk of oversimplifying it, you don’t meet hate with hate’”