Kiernan Shipka on Chilling Adventures of Sabrina ending: ‘I loved it’ (spoilers) 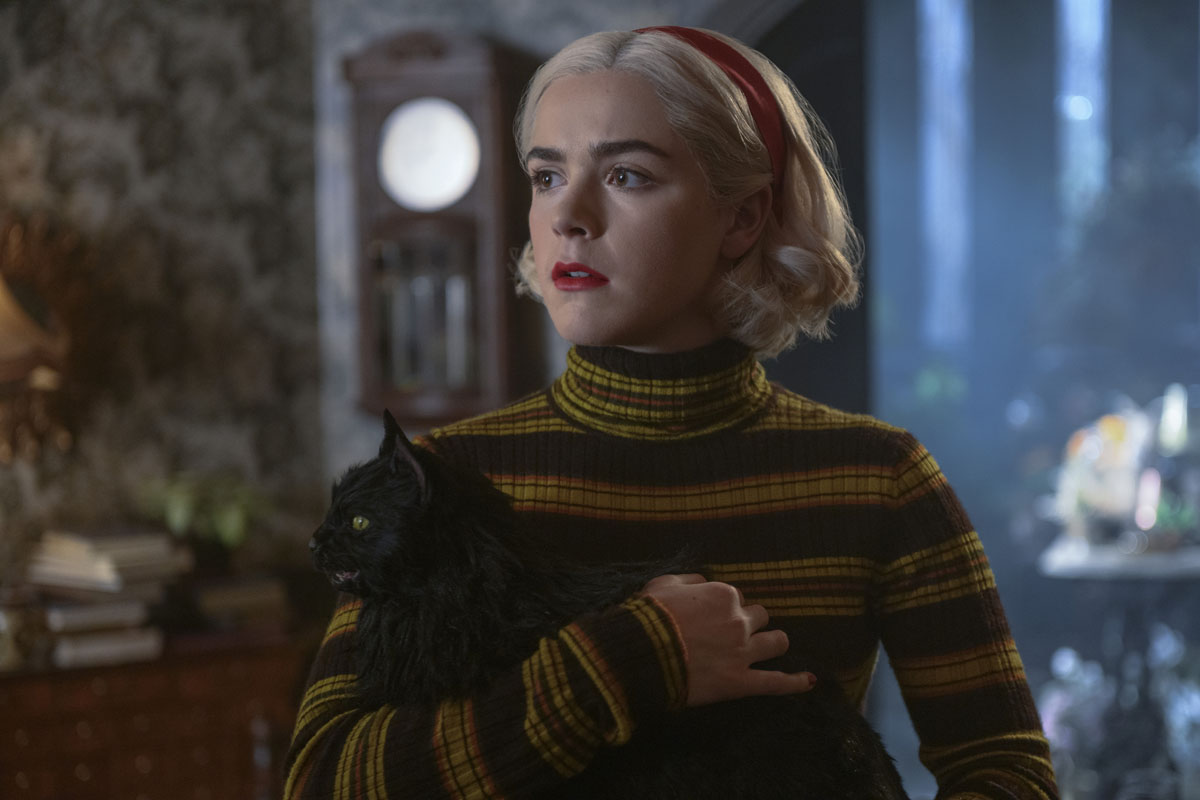 Spoilers for the end of season 4 of Chilling Adventures of Sabrina
I’ve been waiting all year for the final season of Chilling Adventures of Sabrina to finally drop on Netflix. After several months of delays, the last episodes were released on December 31. Season 3 ended with Sabrina creating a sort of time-loop paradox after meeting a earlier version of herself in Hell. Instead of killing the second Sabrina, they both decided that the real Sabrina would live out a normal life and finish high school as Sabrina Spellman while the time loop duplicate would become Sabrina Morningstar and co-rule hell. This paradox opened the natural world to the “eldrich terrors” which are beings that have been around since the beginning of time. Now both Sabrinas, the coven, Sabrina’s aunties and friends must face off and destroy these terrors in season 4.

Kiernan Shipka who plays Sabrina is interviewed for Inverse. She discussed how she loved playing two Sabrinas, how she eventually accepted Sabrina’s ending by letting her go, and the fun she had filming several episodes with Beth Broderick and Caroline Rhea, Aunt Zelda and Hilda respectively, from the original Sabrina the Teenage Witch cast. Below are a few excerpts from her interview with Inverse (spoilers ahead):

“I am satisfied,” Shipka tells Inverse of Sabrina’s ending. “There were moments where I found myself thinking, ‘Is this the ending that I want? Because this is the ending that we’re getting.’ And I did. I loved it.”

“Every character has been up and down. We really took risks and did so much,” added Jaz Sinclair, who plays Sabrina’s friend Rosalind Walker. “While I would love to continue playing in this world because it’s so fun, I definitely feel satisfied with where and how it’s wrapping up, and all of the juicy episodes that we’re giving fans.”

The series finale of Chilling Adventures of Sabrina will likely prompt a myriad of emotions from fans. The cast says it was tough on them, too. Still, Lachlan Watson — who plays Theo Putnam, Sabrina’s friend and a member of the Fright Club band — believes it’s the right time to leave the characters behind.

“The characters are probably pretty exhausted. They just need regular years [and] a break,” Watson jokes. “For the actors, we could have used a lot more time to explore and learn. We didn’t get a lot of closure, but I think our characters [did].”

“You get close to these characters and when I talk about Sabrina, I’m not talking about myself playing her, I’m talking about her,” Shipka explains. “They become friends, confidants, and vehicles in which you express your emotions. To let go of that is hard, but it’s also beautiful. I was forever grateful that I had Sabrina during two very big years of my life. She got me through.”

“I felt like I knew Sabrina Spellman so well that I could take little bits and craft this alternate version of her. I think about who would I be if I grew up differently in a different place, and that to me is who Sabrina Morningstar is to Sabrina Spellman. Sabrina has always grappled with her duality, so to actually split Sabrina was really powerful.”

I have been waiting all damn year for this season because I knew it would be the last one. It took me a few tries to get into the new season. For me, the season was chaotic AF and it wasn’t until episode two or three that I figured out what was going on and why. I feel like this season of Sabrina was similar to the last season of Game of Thrones. It seemed to be thrown together by writers with a neat and senseless ending where the main character dies unnecessarily. Honestly, I am still trying to figure out where Sabrina was. Was this very beige, very colorless place heaven or a sort of purgatory? It would honestly be hell for me. It would seem that I wasn’t the only one who felt that Sabrina’s death was unnecessary. Sabrina and her fans deserved better.

I did love the Twilight Zone episodes that Sabrina Morningstar was trapped in with the original Aunts Zelda and Hilda. That bit of throw back was genius and it just felt right to include those who made the series popular. I also love how the coven stopped worshipping Satan and started worshipping the goddess Hecate. There’s something very powerful to have a coven of witches, male and female, worshipping a feminine deity versus the cliched Lucifer Morningstar. Our good sisters Tati Gabrielle (Prudence) and Jaz Sinclair (Rosalind) definitely came into their own during this season and I felt more connected to their characters than Sabrina. I also love that Sabrina and Nick ended up together at the end.

I may rewatch the season to see if my dislike of it was because I was distracted while watching it or if my initial reaction to it was accurate. Overall, I really liked how the writers took the original material of Sabrina the Teenage Witch which was more a comedy and made it more dark, campy, and dramatic. The cast and writers should be proud of the universe they were able to create. Halloween is my favorite holiday and I looked forward to new seasons of Sabrina dropping every year around that time so I hate seeing the show go. I hope Netflix is developing another show to fill the void that Sabrina is leaving. 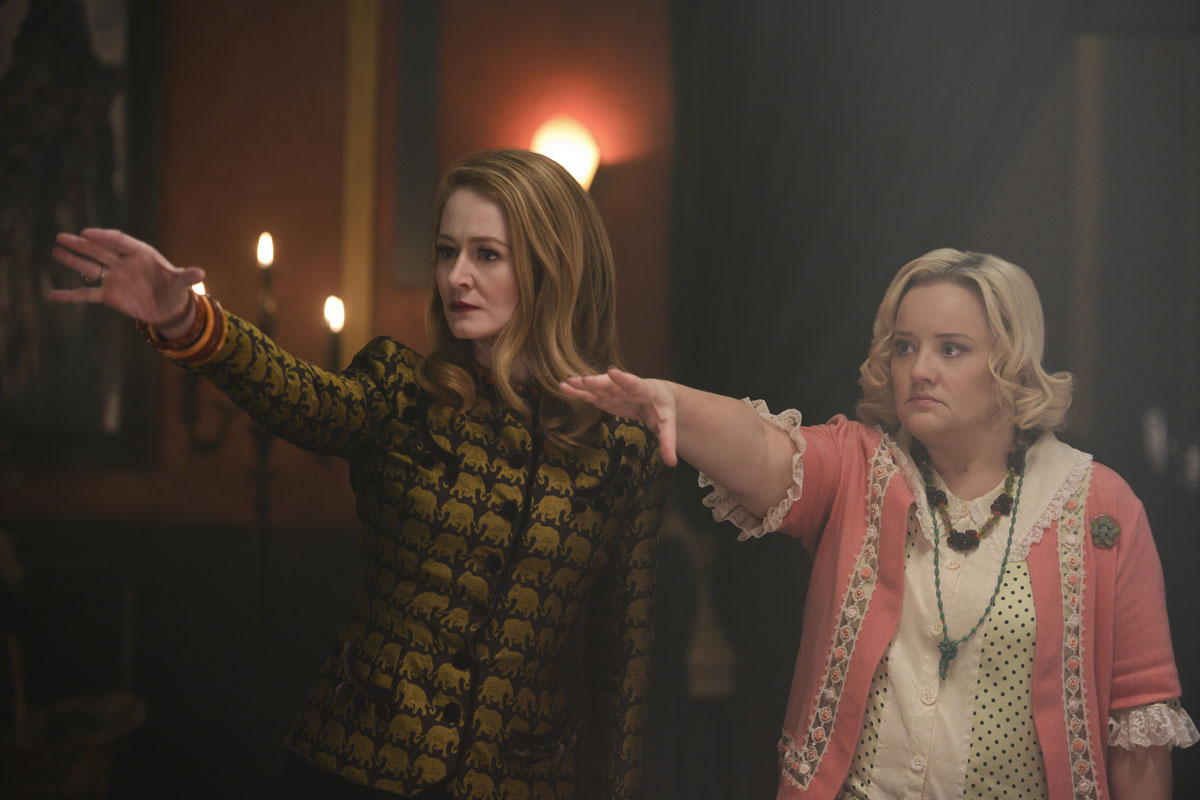 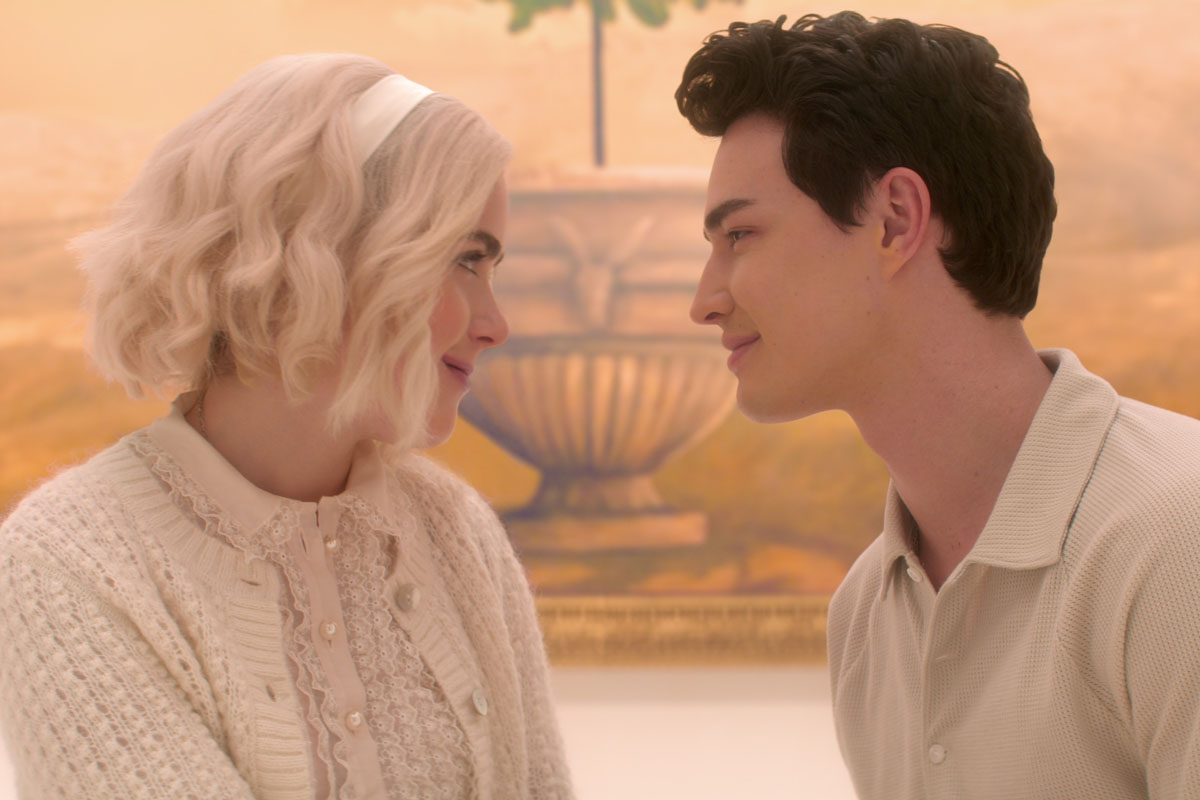 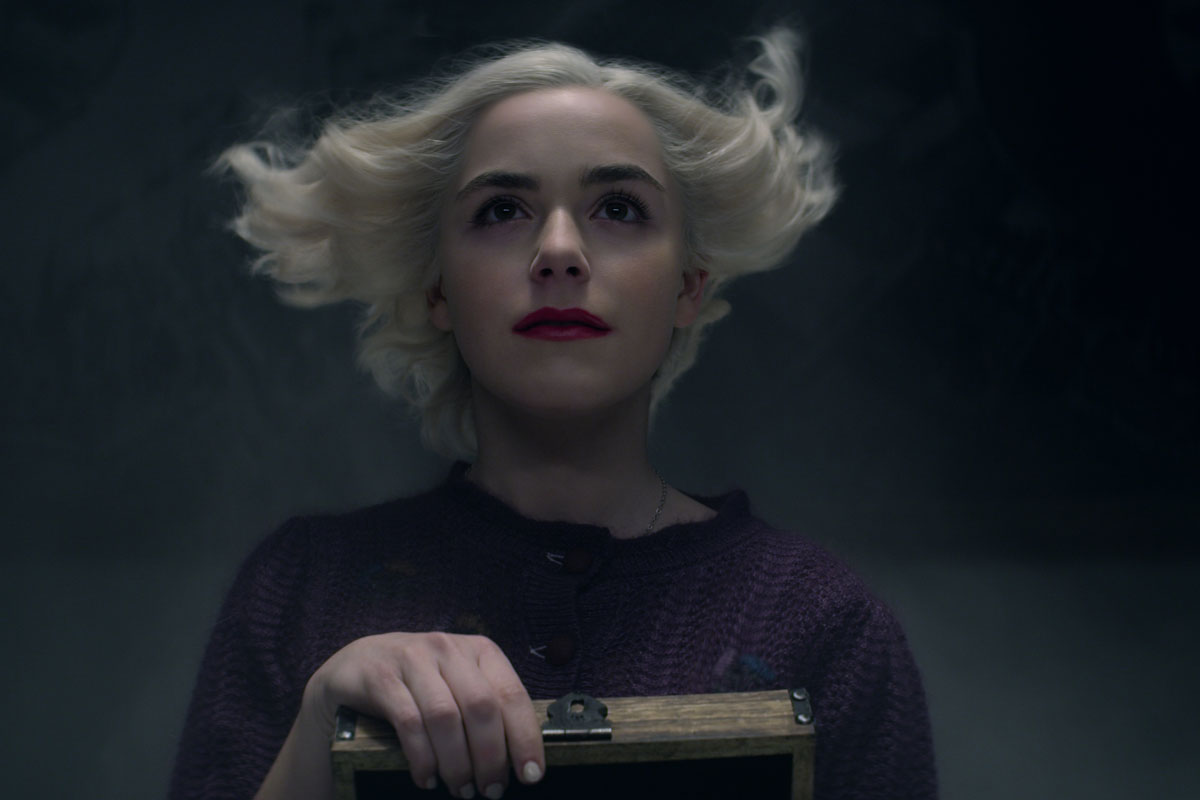 A post shared by Chilling Adventures of Sabrina (@sabrinanetflix)

13 Responses to “Kiernan Shipka on Chilling Adventures of Sabrina ending: ‘I loved it’ (spoilers)”