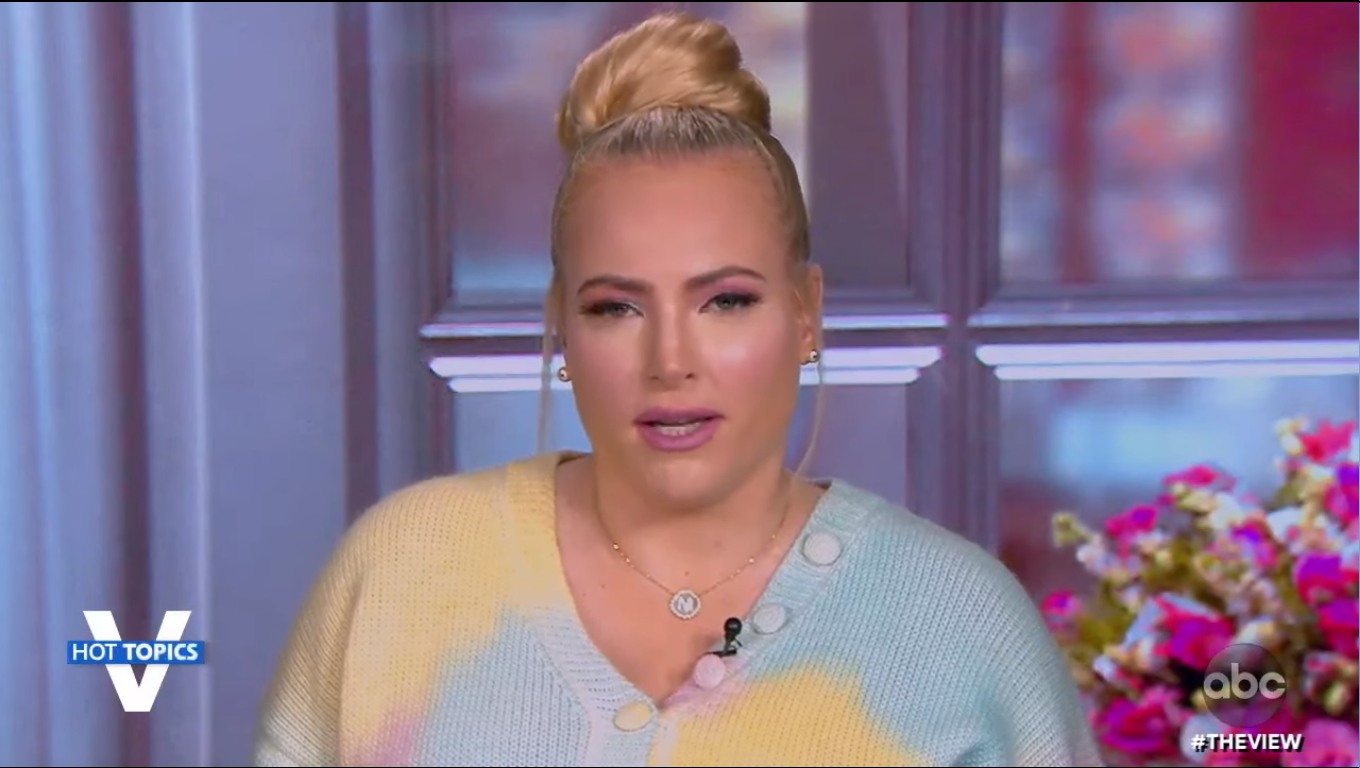 You guys probably remember that I hate Meghan McCain and I hate covering her! She’s so useless and awful. Her claim to “fame” is that she talks out of both sides of her mouth, that she’s a “conservative Republican” who hated Trump, yet defended Trump on nearly everything, and that she says “my father” whenever she’s challenged on her inane political philosophy. Considering that her father hated Donald Trump, Trump hated John McCain as well, and Trump repeatedly suggested that John McCain A) wasn’t really a war hero and B) is burning in hell, you would think that Meghan would want to get as far away from Trump-MAGA politics as possible. You would be wrong. Even post-insurrection, even after President Biden’s inauguration, Meghan is still making these dead-eyed, convoluted arguments about how Katie Couric is the spokesperson for the Democratic Party and President Biden needs to seek unity with MAGA losers by massaging their poor Nazi feelings. Meghan also comes very close to saying that she f–king voted for Trump? Again, Trump loathes her father and said John McCain is burning in hell.

The View’s Meghan McCain, who has made a huge show over the years of being an anti-Trump conservative, on Monday seemed to count herself among the “cult of Trump” while railing against comments Katie Couric made about the MAGA fans who continue to believe the “stolen election” lie. Earlier this month, following the insurrectionist Capitol riot incited by President Donald Trump, Couric sparked a multi-day outrage cycle in the right-wing media ecosystem when she suggested there must be an effort made to combat the death spiral of conspiracy theories among a certain portion of the population.

“It’s really bizarre, isn’t it, when you think about how AWOL so many of these members of Congress have gotten,” she said on HBO’s Real Time with Bill Maher. “But I also think some of them are believing the garbage that they are being fed 24/7 on the internet, by their constituents, and they bought into this ‘Big Lie.’ And the question is how are we going to really almost deprogram these people who have signed up for the cult of Trump.”

Since then, Fox News and other conservative outlets have run wild with Couric’s “offensive” remarks, pointing to them as proof that liberals are not interested in unity and that her call to “deprogram Trump voters” (as Fox News narrowly described it) only “deepens the divisions” in the country. At the top of Monday’s broadcast of The View, McCain jumped on the outrage bandwagon, and in the process seemingly suggested she either voted for Trump or counts herself among the “cult of Trump” that Couric had specifically mentioned. It’s all very unclear.

After briefly discussing the current civil war in the GOP over impeachment and the Capitol riots, McCain quickly pivoted to President Joe Biden’s message of unity and her belief that Democrats aren’t interested in working with Republicans.

“Instead, we’re hearing a lot of language from people like Katie Couric that Republicans like me need to be, quote, ‘deprogrammed,’” she grumbled. “That we’re brainwashed, that there are people who are irredeemable people, and we don’t need to have anything to do with them.”

McCain went on to say it was “horribly dangerous” for the country and that it was on Biden and Democrats to pick up Republicans who feel “disenfranchised” before circling back to Couric’s comment, apparently believing the longtime TV host speaks for the entire Democratic Party (or that her remarks were somehow addressing all Republicans, even those like McCain who’d been ostensibly anti-Trump while remaining conservative in ideology).

“If President Biden and Democrats want to have a big party and include some of these people, great, and if we’re all just deplorable and need to be reprogrammed as Katie Couric said, then honestly they can go to hell because I don’t need to be deprogrammed!” McCain huffed in conclusion.

Did Meghan vote for the man who mocked her father or nah? Does Meghan McCain think President Biden and Democrats need to reach out to seditious traitors who were sent by Trump to murder elected leaders? Does Meghan McCain even understand 50% of the right-wing word salad she spewed? Who knows.

The mental hoops from this moron – it’s even scarier when you see her two brain cells furiously rub together on live television. 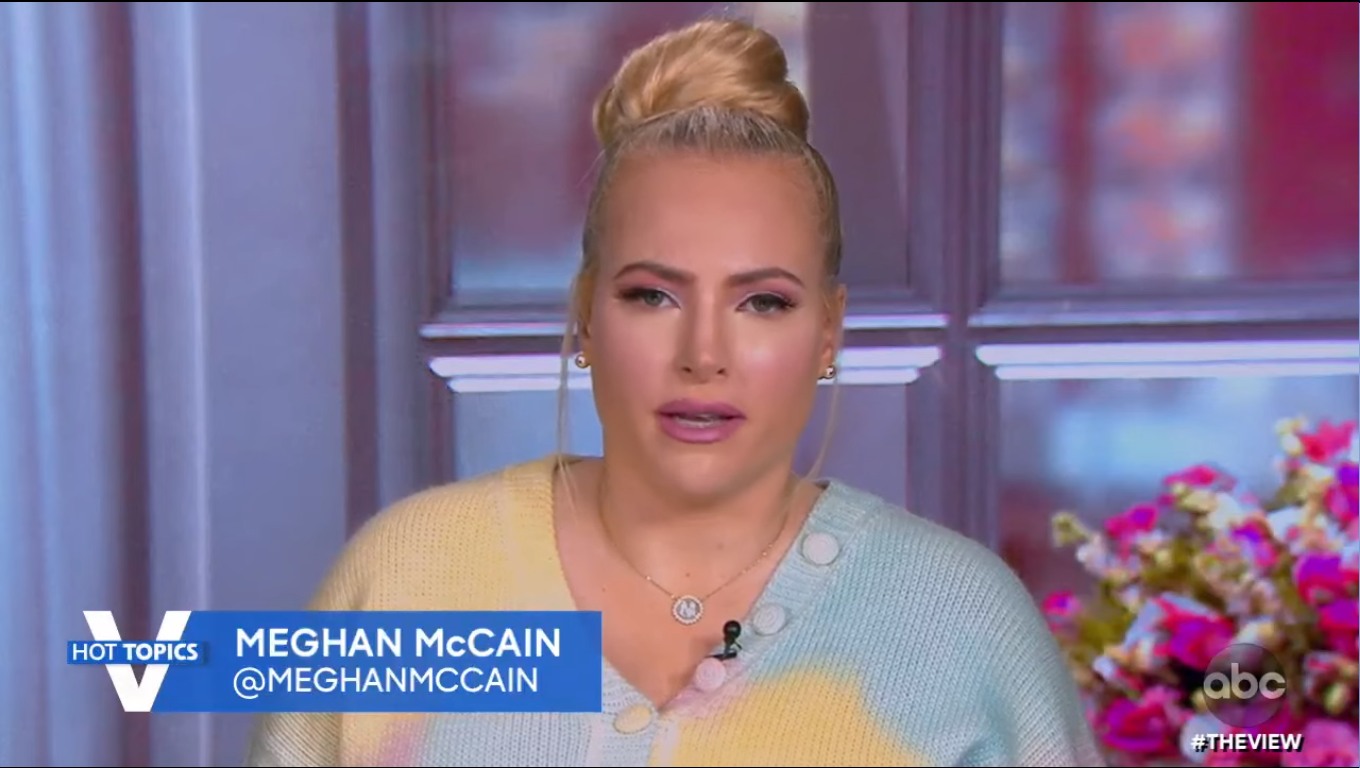