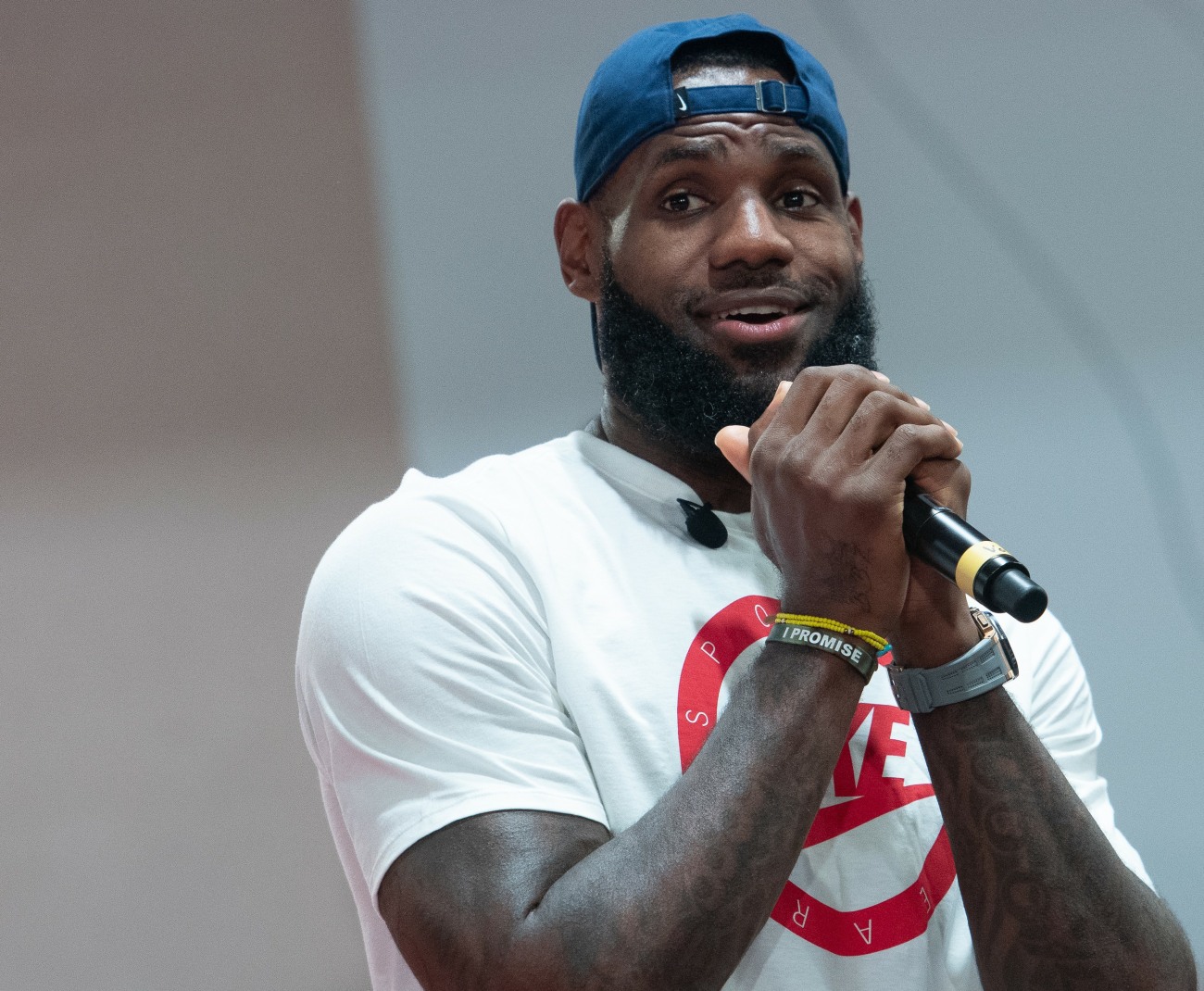 I wish everyone a happy Black History Month! It looks like it’s going to be a bad month for racists, dumbasses and Karens. Last night, the LA Lakers were playing the Atlanta Hawks. The NBA is allowing for limited in-person attendance for the games now, which includes courtside seats. Masks mandatory for attendees. Well, a blonde Karen (Karen was a Hawks fan) decided that she was going to be the one to talk sh-t to LeBron James on the first day of Black History Month. This is how the TV broadcast went:

You can see that Karen pulled her mask down to point her finger and scream at LeBron as he watched her from mid-court and seemingly explained to some Hawks players that he had no idea what she was on about. You can also see some security people starting to fuss around her, and shortly after this, she and her husband were kicked out of the game. We know this because she live-streamed herself whining about the whole ordeal. Since Karen wants to be famous, her real name is Juliana Carlos. She claims to be 25 years old and her husband is much older. After the game (which the Lakers won), LeBron said this:

James was not asked postgame about Carlos’ name-calling allegation, but he was not fazed by the incident and said he felt like an ejection was unnecessary.

He did say that alcohol could have been a factor, however. “They might have had a couple drinks, maybe. And they could have probably kept it going during the game, and the game wouldn’t have been about the game no more, so I think the referees did what they had to do.”

Other players and coaches on both teams noted that the fact that Karen pulled her mask down was more of a factor in her removal than the absolute hissy fit she directed at LeBron. After the game, LeBron dubbed her Courtside Karen which is *chef’s kiss*. I’m also including one of SEVERAL rants she posted online last night, just so you can see what LeBron was dealing with.

LeBron on his interaction with spectators in Atlanta on Monday: pic.twitter.com/spWDITZqkl