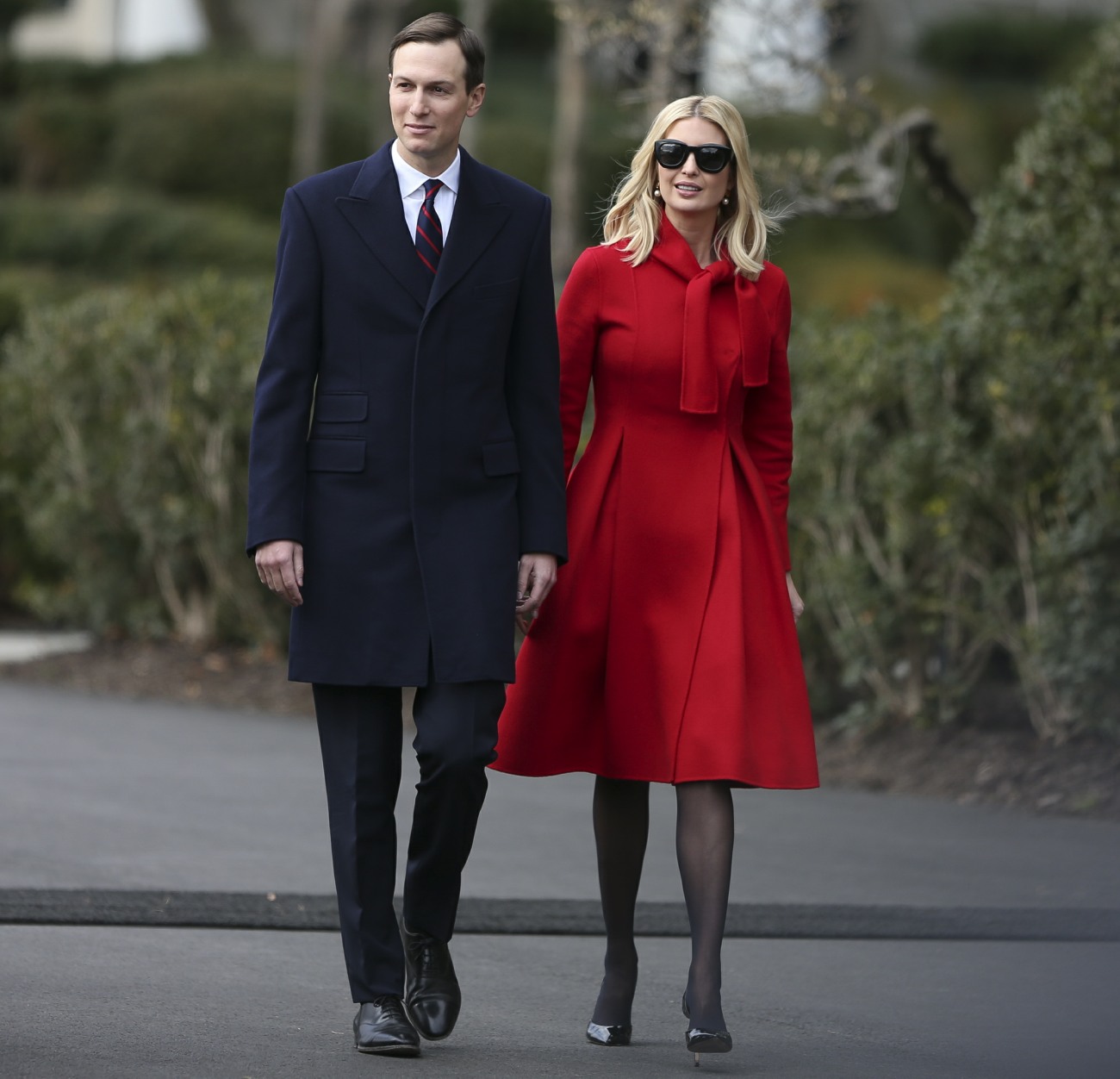 For the past week or so, there’s been a lot of weird, dumb and/or infuriating news about Ivanka Trump. One of those stories? Watchdog group Citizens for Responsibility and Ethics in Washington running the numbers on some recently-released financial disclosures from Javanka. CREW came to the conclusion that Jared Kushner and Ivanka likely made something like half a billion dollars while both were “serving” in the White House.

Jared Kushner and Ivanka Trump reported between $172 million and $640 million in outside income while working in the White House, according to an analysis of financial disclosures by CREW. It is impossible to tell the exact amount as the income is sometimes reported in broad ranges and cover four months of income before Ivanka Trump officially joined her father’s administration and nearly one month before Jared Kushner joined.

Both Kushner and Trump announced they would not take a salary while working for the government in an attempt to shut down nepotism concerns. While their supporters marked this as a public sacrifice, the massive amount of money they made on the side undercuts that argument, as government salaries would have been less than 1% of their income.

One major factor in their outside profits came from Ivanka Trump’s ownership stake in the Trump Hotel in DC, just blocks from the White House and the locus of influence peddling in the Trump administration. Before business slowed down due to the pandemic, the couple paid a combined 23 visits to the hotel. All told, Ivanka made more than $13 million from the hotel since 2017, dropping from about $4 million a year between 2017 and 2019 to about $1.5 million last year, at least in part due to the pandemic. On top of the drop in revenue, there’s an unexplained drop in the value of her ownership. Having previously claimed it to be worth between $5 million and $25 million, in her final disclosure she listed it as only worth $100,000 to $250,000. She did not report selling any of her ownership share in the hotel.

The hotel was far from Ivanka Trump’s only controversial source of income while working in the White House. In 2018, Ivanka announced she was shutting down her namesake brand, and she later filed a disclosure with the government that “[a]ll operations of the business ceased on July 31, 2018.” But we discovered that she still made up to $1 million from it in 2019 despite the fact that she claimed it no longer existed.

While after four years it’s still a little hard to tell what, exactly, Ivanka actually did in the White House, her tenure was still marked by repeated scandals revolving around potential conflicts of interest with her businesses. While dealing with foreign governments can raise obvious questions for the children of presidents, getting financial or other benefits from foreign governments while working as a senior staffer in your father’s administration should be an obvious non-starter. But when it comes to Ivanka’s time in the administration, getting foreign trademarks to use after leaving the White House may have been her biggest accomplishment.

Yeah. I know it’s kind of confusing but we’ve known for a while that if this family is to be prosecuted for anything, their financial crimes seem the most likely. Even in CREW’s reporting, they seemingly have evidence of Ivanka’s lies on federal disclosure forms. The idea that Javanka profited so thoroughly and so abundantly from their positions… lord. It also makes me wonder what Jared was up to all of those times he was on his secret missions to the Middle East.

One of the other stories about Ivanka is that she believes her political future hinges on the fact that she personally lobbied her father for pardons for her cronies.

Ivanka Trump used her status to help obtain over 140 pardons and commutations for victims of injustice as well as her father’s cronies, and she’s now plotting her political reemergence by highlighting the virtues of some of the clemency grants. While President Trump’s eldest daughter dismisses talk she is weighing a campaign against Sen. Marco Rubio (R-Fla.), criminal justice reform is a popular, bipartisan issue to associate with as she plots her future endeavors.

“It would not be surprising if it’s among the causes she champions in her next chapter,” a source close to Ivanka told Axios. President Trump made headlines during his final days in office by issuing a raft of pardons and commutations, including a last-minute one to the former husband of Fox News Channel host Jeanine Pirro. Less known is the role his eldest daughter played, especially in relation to nonpolitical actions. Ivanka Trump and her husband, Jared Kushner, intensively lobbied her father on the issue, several sources said. She attended multiple Oval Office meetings and made calls from empty offices in the West Wing.

The night before Joe Biden’s inauguration, she stayed at the White House until roughly 8:30 p.m., as she and other top Trump officials wrangled over controversial eleventh-hour pardons for presidential allies like Steve Bannon and Elliott Broidy. Once the final list was released — after 1 a.m. on Inauguration Day — she spent the next two hours calling the families of those for whom she had advocated.

First of all, the idea of Ivanka primarying Marco Rubio is still hilarious to me. ‘Vanka will be in for a rude awakening about how the MAGA cult barely even tolerated her baby-whispering ass this whole time. Second of all, Ivanka desperately trying to take credit for “pardons” is just the last-ditch effort to make her sound super-important and busy. Perhaps even keen. 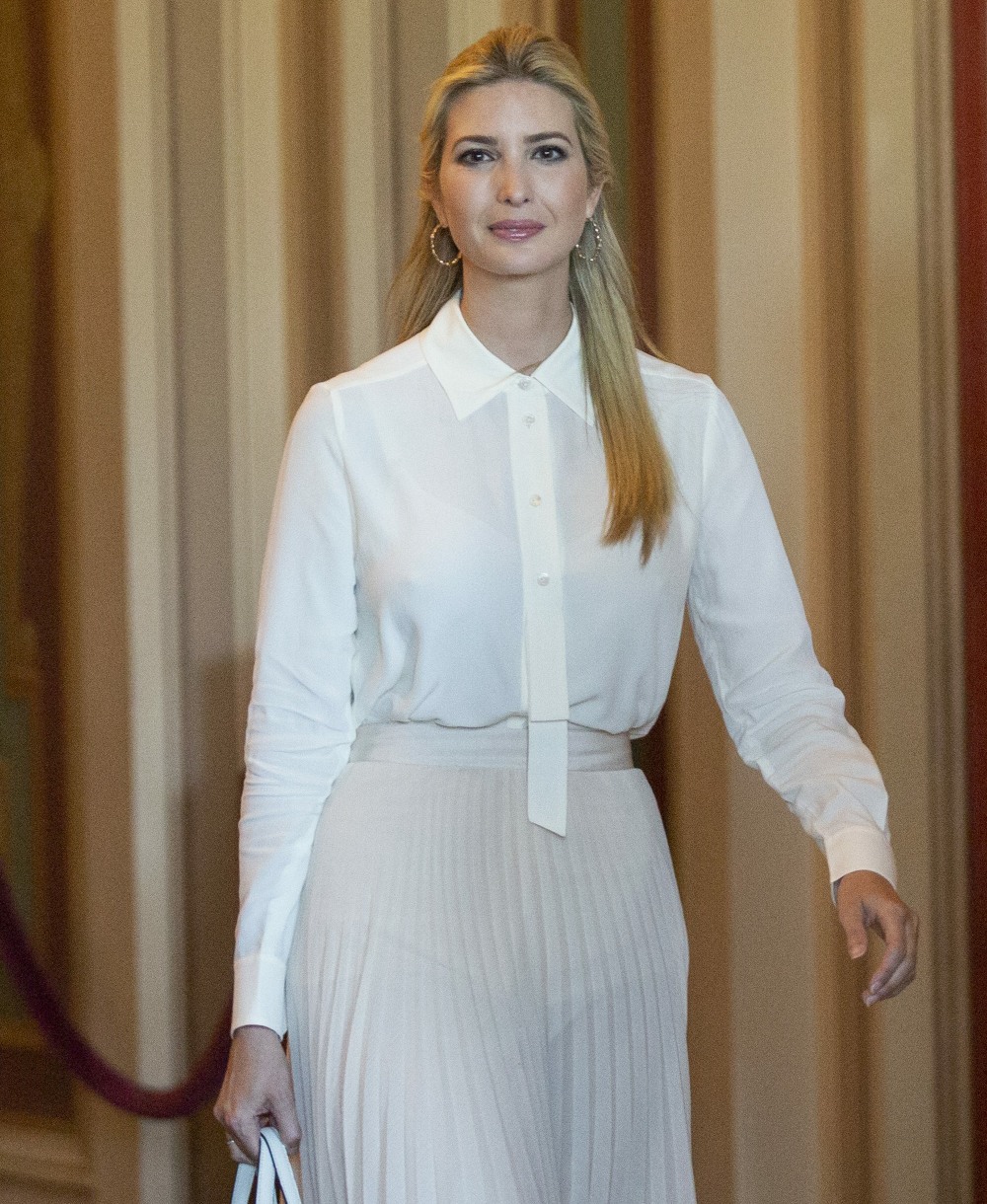