Ted Cruz blamed his daughters for the Cancun trip, but the text chain exposed his lies 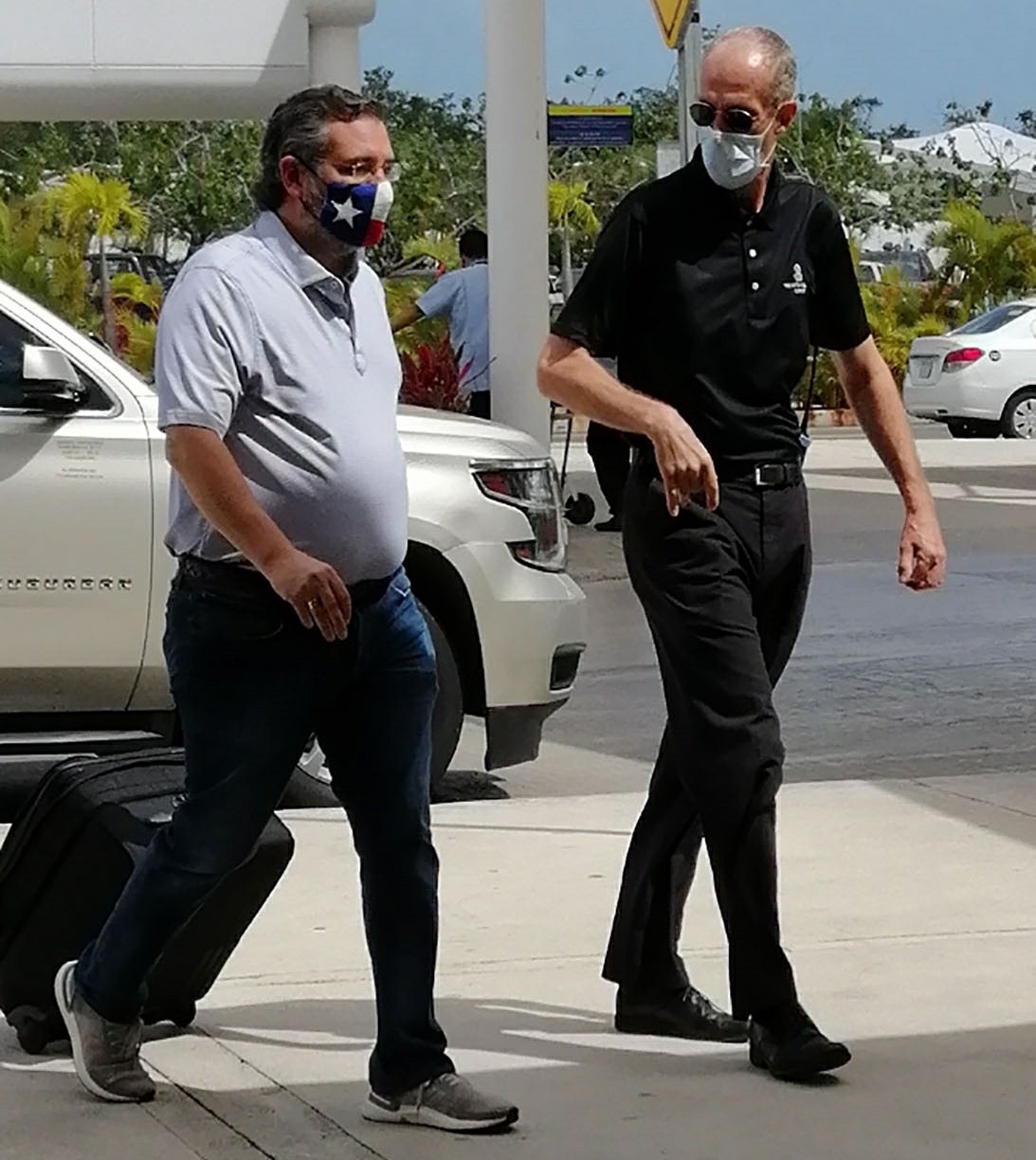 Alleged Zodiac Killer and Confirmed Trump Fart-Sniffer Ted Cruz got in “trouble” this week. He was seen at a Texas airport with his wife and children – his two daughters are 12 and 10 years old – and boarding a plane for Cancun, Mexico. Ordinarily, I suppose a trip to Cancun would be noteworthy but not widely reported. The dual problems with this particular story is that Cruz has widely condemned Democrats for traveling and doing *anything* during the pandemic, AND this week Texas, the state Cruz nominally represents as a senator, is facing its own “Katrina.” The GOP-led state has left millions of residents without water, food and electricity following an extreme winter storm. People were left without heat for days. People died. The roads were so bad, supplies couldn’t get dropped off. And all the while, the governor was on Fox News blaming Democrats, and Ted Cruz was jetting off to Cancun.

The Cruz-Cancun story became THE major headline throughout the day Thursday. First, no one could get in touch with Cruz or his Senate staff. Then finally there was a confirmation that he did got to Cancun with his wife and daughters, and then Cruz issued a statement claiming: “With school canceled for the week, our girls asked to take a trip with friends. Wanting to be a good dad, I flew down with them last night and am flying back this afternoon.” He also claimed that his daughters wanted to go to Cancun because their family was without power as well.

What kind of spineless pencild-ck coward throws his CHILDREN under the bus when immersed in a political scandal? “My 10 year old daughter wanted to go to Cancun, and we let her make all of our vacation plans, even in natural disasters!” Now he’s burned his daughter’s political bridges for when she wants to run for office. “Catherine Cruz? Weren’t you the one who wanted to go to Cancun when Texans were freezing to death in their own homes?”

But then the stories kept changing. As Cruz left Cancun – he was greeted by paparazzi, lmao – he said the same thing, that he was just dropping off his wife and kids. The thing is, at the same time, it was being widely confirmed that Ted Cruz didn’t originally have a return flight until Saturday, and he only changed his return flight to Thursday that morning. Then it got even better:

Like millions of his constituents across Texas, Senator Ted Cruz had a frigid home without electricity this week amid the state’s power crisis. But unlike most, Mr. Cruz got out, fleeing Houston and hopping a Wednesday afternoon flight to Cancún with his family for a respite at a luxury resort.

Photos of Mr. Cruz and his wife, Heidi, boarding the flight ricocheted quickly across social media and left both his political allies and rivals aghast at a tropical trip as a disaster unfolded at home. The blowback only intensified after Mr. Cruz, a Republican, released a statement saying he had flown to Mexico “to be a good dad” and accompany his daughters and their friends; he noted he was flying back Thursday afternoon, though he did not disclose how long he had originally intended to stay.

Text messages sent from Ms. Cruz to friends and Houston neighbors on Wednesday revealed a hastily planned trip. Their house was “FREEZING,” as Ms. Cruz put it — and she proposed a getaway until Sunday. Ms. Cruz invited others to join them at the Ritz-Carlton in Cancún, where they had stayed “many times,” noting the room price this week ($309 per night) and its good security. The text messages were provided to The New York Times and confirmed by a second person on the thread, who declined to be identified because of the private nature of the texts.

For more than 12 hours after the airport departure photos first emerged, Mr. Cruz’s office declined to comment on his whereabouts. The Houston police confirmed that the senator’s office had sought their assistance for his airport trip on Wednesday, and eventually Mr. Cruz was spotted wheeling his suitcase in Mexico on Thursday as he returned to the state he represents in the Senate.

After landing back in the United States, Mr. Cruz offered a new statement with a different tone from earlier in the day, when he had tried to explain the vacation without regrets and left the impression that it might have always been a one-day trip for him. Speaking to reporters after his arrival home, he conceded that the trip was “obviously a mistake” and said he had begun having “second thoughts” as soon as he boarded the plane to Mexico intent on a few days of remote work in the sun.

“The plan had been to stay through the weekend with the family,” he said, framing the decision as a parent’s attempt to placate his two daughters, ages 10 and 12, after a “tough week.”

Who in Heidi Cruz’s text chain gave the texts to the NY Times? I’m obsessed. Notice the neighbors/friends didn’t even go to a local Texas paper like the Houston Chronicle or anything – nope, straight to the Times. So, yeah, Ted Cruz is a liar, his friends hate him, he jetted off to Cancun because he was mildly inconvenienced and he left Texans to die. He also left his family poodle Snowflake inside the house?? WTF?

Just drove by Ted Cruz’s house in Houston. His lights are off but a neighbor told me the block got its power back last night. Also, Ted appears to have left behind the family poodle. pic.twitter.com/TmLyGQkASy

Sen. Ted Cruz, back in Texas, says it was "obviously a mistake" to go to Cancun.

You can hear protestors chanting "Resign!" in the background. pic.twitter.com/FwA6Dsg4fv

A lot of work for him to go through and a decent size bag simply for a night stay in another country https://t.co/uXPltHYBHD

BREAKING: Perseverance Rover claims it was just dropping off daughters on Mars 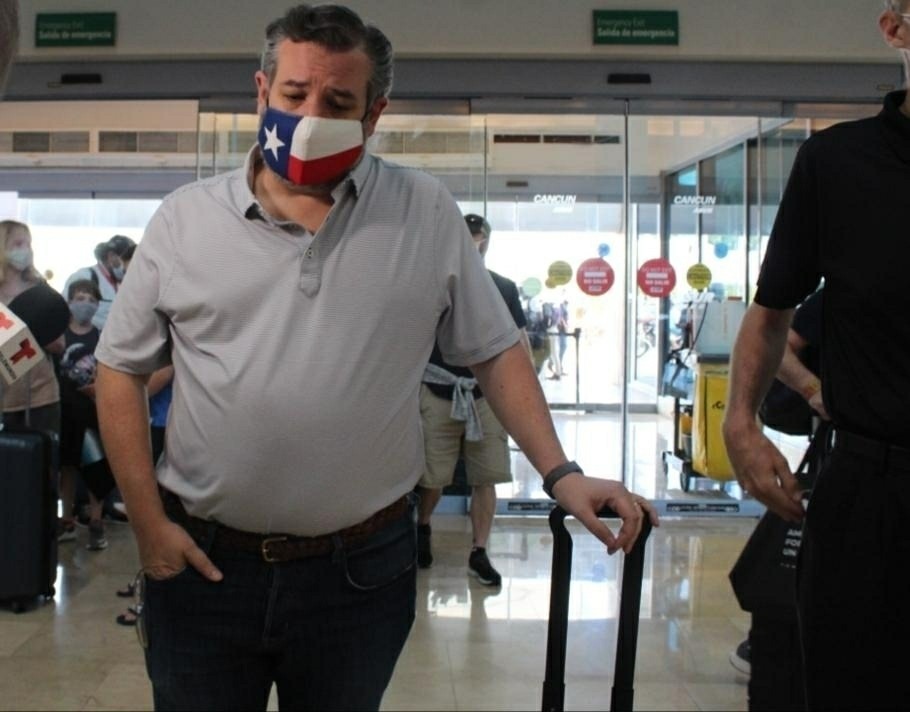 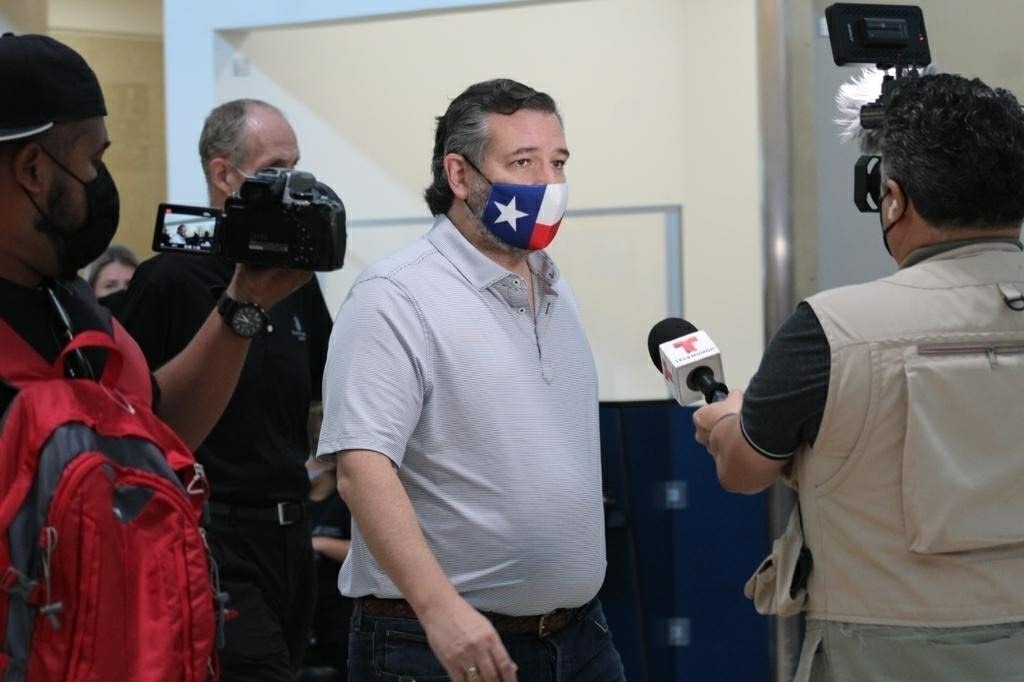 Photos of Ted Cruz at Cancun Airport on 2/18/21, courtesy of Backgrid.

185 Responses to “Ted Cruz blamed his daughters for the Cancun trip, but the text chain exposed his lies”