The ‘Frasier’ revival is definitely happening, but so far, it’s just Kelsey Grammer 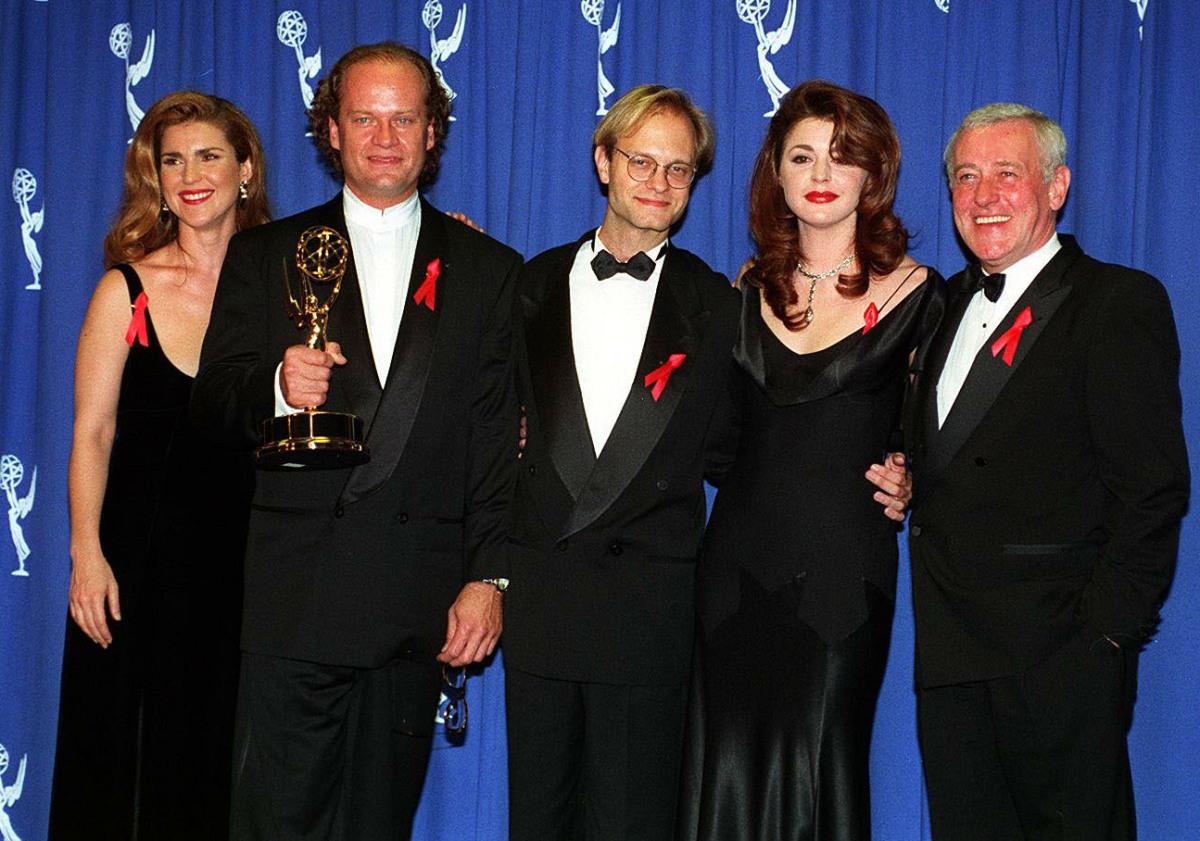 Earlier this month, Oya talked about how a Frasier reboot could be happening. For the youths, Frasier was an excellent show on NBC throughout the 1990s and early ‘00s. For many years, NBC’s Thursday night lineup was Friends followed by Frasier, and both shows were huge hits and huge syndicated money-makers for NBC. Frasier usually won more awards for Kelsey Grammer and David Hyde Pierce. I’ll admit, I was a fan. I knew Kelsey was a mess in his personal life (we all knew that), but he was beloved as Frasier Crane, and there was so much magic in that ensemble, with Pierce as Niles Crane, John Mahoney as Martin Crane, Jane Leeves as Daphne and Peri Gilpin as Roz. They all had so much chemistry together. And now… the reboot/revival is confirmed:

Dr. Frasier Crane is listening — again. A revival of classic sitcom Frasier starring Kelsey Grammer is officially a go at ViacomCBS’ streaming service Paramount+. The news was announced Wednesday during the company’s unveiling of Paramount+.

“Having spent over 20 years of my creative life on the Paramount lot, both producing shows and performing in several, I’d like to congratulate Paramount+ on its entry into the streaming world,” said Grammer. “I gleefully anticipate sharing the next chapter in the continuing journey of Dr. Frasier Crane.”

CBS Studios and Grammer’s Grammnet Productions are producing the revival, which Grammer has been working to make happen for several years. News of a possible revival first surfaced in the summer of 2018, when Grammer had early talks with CBS Studios about the show. Paramount+ entered the picture earlier this month as talks progressed.

Chris Harris (How I Met Your Mother) and Joe Cristalli (Life in Pieces) — who for several years has run a Twitter account, @FrasierContempo, with lines and script pages featuring possible Frasier scenarios — will write the new show. They executive produce with Grammer and Grammnet’s Tom Russo and Jordan McMahon.

“Frasier is one of the most acclaimed comedies in modern television history and truly defines premium storytelling,” said CBS Studios president David Stapf. “There has long been a call from fans for its return, and that call is now answered thanks to the amazing Kelsey Grammer reprising his iconic role of Dr. Frasier Crane and a brilliant creative plan from Joe, Chris and Kelsey. We can’t wait to reveal its next chapter on Paramount+.”

As of yet, no other cast members have been confirmed, although there was talk (three weeks ago) of David Hyde Pierce joining up. The reason I brought up the chemistry of the ensemble was because… that’s why I watched. If the show was just about Frasier, it would have been BAD. The ensemble made it work. David Hyde Pierce was the best actor on the show, and the late, great John Mahoney centered the stories, as did Jane Leeves’ Daphne. Frasier without the ensemble… well, I don’t know her. Also, what is the 2021 update for Frasier Crane? Is he still doing talk radio? Did he go from radio therapy/advice to QAnon conspiracies? Has he moved over to SiriusXM or is he a Spotify podcaster? Hmmm. 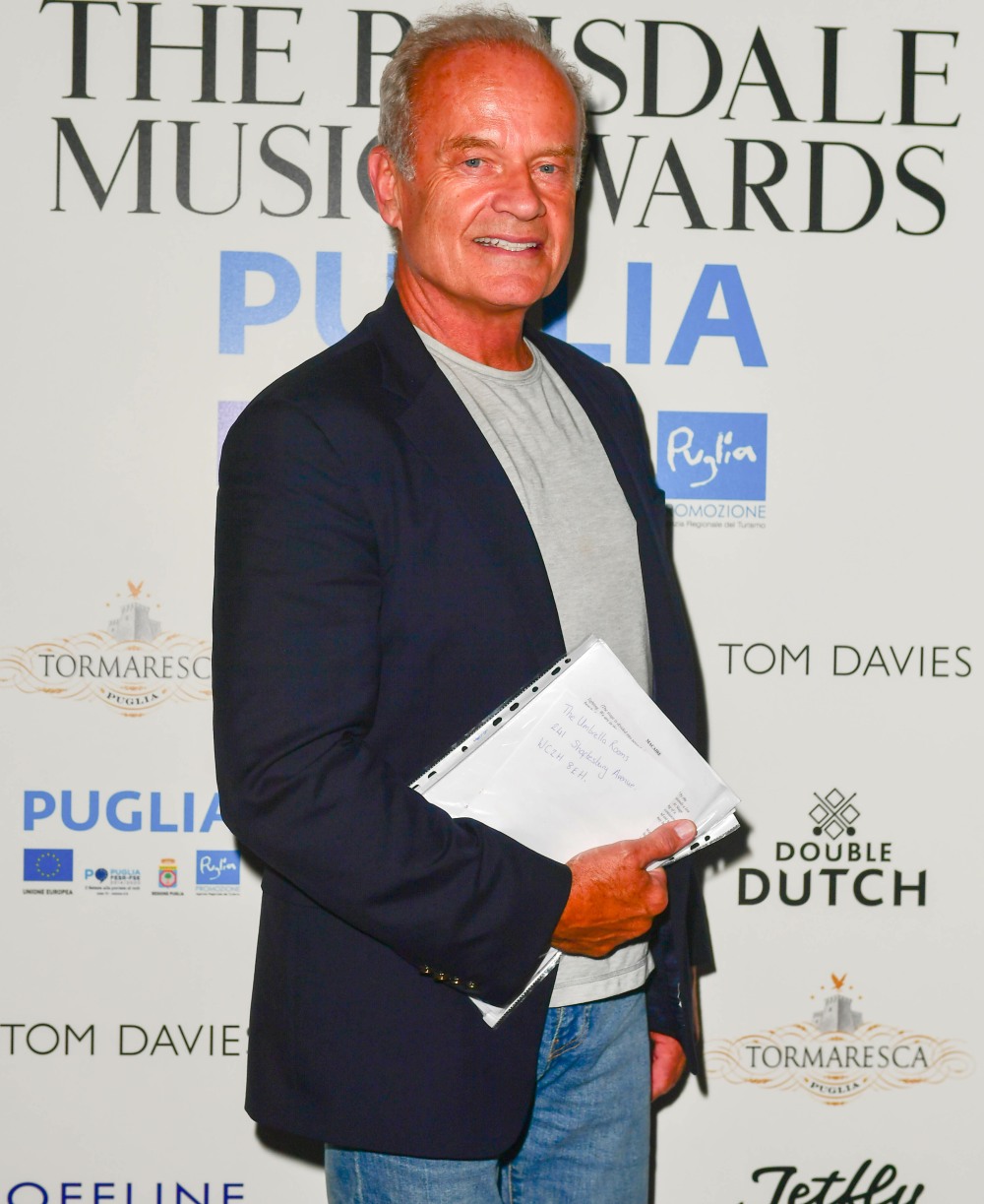 56 Responses to “The ‘Frasier’ revival is definitely happening, but so far, it’s just Kelsey Grammer”