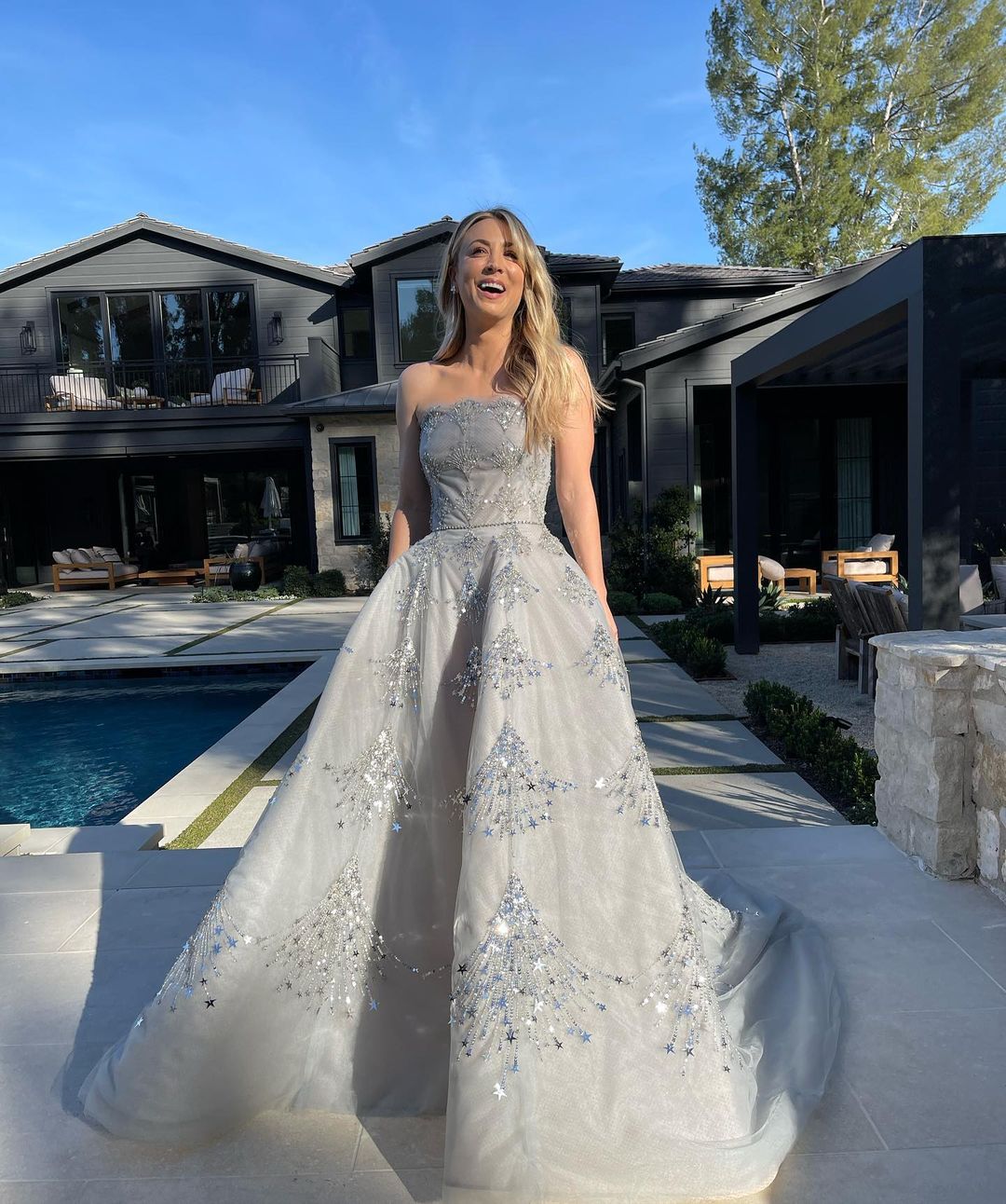 Kaley Cuoco was nominated last night for Best Performance by an Actress in a Television Series — Musical or Comedy, which went to Catherine O’Hara. I fail to see how The Flight Attendant was a comedy, but Kaley was phenomenal in it. She had on a gray strapless Oscar de la Renta Gown with chandelier-like clusters of sequins on the skirt. It was gorgeous. I love a big ball gown when the details are understated like this. Yesterday Kaley shared a video to her stories of her husband, Karl Cook, returning home unexpectedly before the Globes. She got really emotional about it and that was cute.


Nominee Amanda Seyfried was also in Oscar de la Renta, in a pink off the shoulder gown with a row of flowers along the bodice and draped down the back. She told Giuliana Rancic that it cheered her up, calling it “vibrant,” “fun” and like spring. I saw her in Mank over the weekend. While that movie was too long and it was hard to care about an alcoholic who was given so many chances, Amanda’s portrayal of Marion Davies was a highlight.

Jane Levy had on a fishtail Oscar de la Renta with cutouts. The nude underlay gave it a peek-a-boo look. I like the cut of the gown, which was so lovely and flattering. Check out the fifth slide, the video, where the bows at the back are blowing in the wind.

Catherine O’Hara won in Kaley and Jane’s category, for Best Actress in a TV Series, Musical or Comedy. She was in a black and white floral Vera Wang suit. Her husband kept playing her off deadpan and it was funny! Those two were on their during the show when they were supposed to be talking to the other nominees.