Eddie Murphy: Oprah didn’t know I was the old barbershop dude in Coming to America


Embed from Getty Images
Friday and Sunday can’t get here fast enough. We will be getting that epic Oprah, Harry and Meghan interview on Sunday but before that Amazon will be finally releasing Coming to America 2. My house is full of red wine and popcorn for the occasion. Eddie Murphy and Arsenio Hall were on Jimmy Kimmel to discuss Coming 2 America and some interesting stuff was said. Eddie said that the reason Louie Anderson was in the first Coming to America was because they were forced to put a white person in the film. I find that ironic considering that Hollywood can do a whole ass movie about gods in Africa and have just one Black person in the film. Meanwhile box office draw Eddie Murphy had to put a white person in an all Black film like some sort of product placement. Hollywood keeps proving how ridiculously racist it is. Below are a few more highlights from that interview:

On why they don’t share a makeup trailer
Arsenio: Sometimes I want to watch CNN or Schitt’s Creek. Eddie has very specific things he likes to watch. He won’t watch it and say ‘what do you want to watch?’ We’ve got to watch MonoNeon for six hours. I wanted my own tv in my own trailer.
Eddie: You can watch [MonoNeon] for six hours.

On how Louie Anderson ended up in Coming to America
Arsenio: I love Louie but I think we were forced to put a white person [in it].
Eddie: The whole cast was Black and this was back in the 80s. [Paramount said] ‘We have to have a white person. There has to be a white person in the movie.’ Louie, we knew him [were] cool with him. That’s how Louie got in the movie.
Arsenio: They gave me a list with three white guys and they said ‘who would you rather work with?’ and I said ‘Louie.’

On if they would do a movie as their barbershop characters
Eddie: It takes six hours to do those makeups. To do a whole movie with those people would take a year. It’s kind of thankless because a lot of people don’t know that’s us in those makeups. Last week I was [in] an interview with Oprah. She was like ‘what do you mean you’re the Jewish man?’ She couldn’t believe it and she’s seen the original Coming to America and this one and all this time she didn’t know. She’s not the only person that doesn’t know. Those makeups are amazing. You can’t tell. I could go talk to you and you won’t know that it’s a makeup.
Arsenio: Eddie hit on an old lady once. Rick Baker let us walk around. He got an old lady’s phone number because she thought he was a real old dude.

I am still laughing at how Oprah did not know that the old Jewish man was Eddie Murphy in makeup. Oprah, WE BEEN KNEW. Where you been sis? I thought that information was released during the press junkets of that time. I love how Jimmy suggested that they do an entire film with just the guys in the barbershop and Eddie was like dude that would take a full year to make. I had the same sentiments as Jimmy, “that’s a you problem not an us problem.” I need a film solely about the barbershop dudes. I don’t care how long it takes to make. It would just be epically funny. Anyhow, I wish I could have seen Eddie hitting on the older woman in his full on makeup. That would have been cute AF. I am also gonna research what the hell MonoNeon is. Who is that? I don’t think I can watch anything for six hours straight, but I am intrigued.

Eddie and Arsenio also dropped a bit of a blind item. I wonder who the other two white comedians were.I guess we will never know. Seeing Eddie and Arsenio in this interview together lets me know that they have created the same magic of the original movie. I am definitely looking forward to Coming 2 America and all the chaos it will bring. Here’s hoping that the sequel will be just as good as the first if not better. 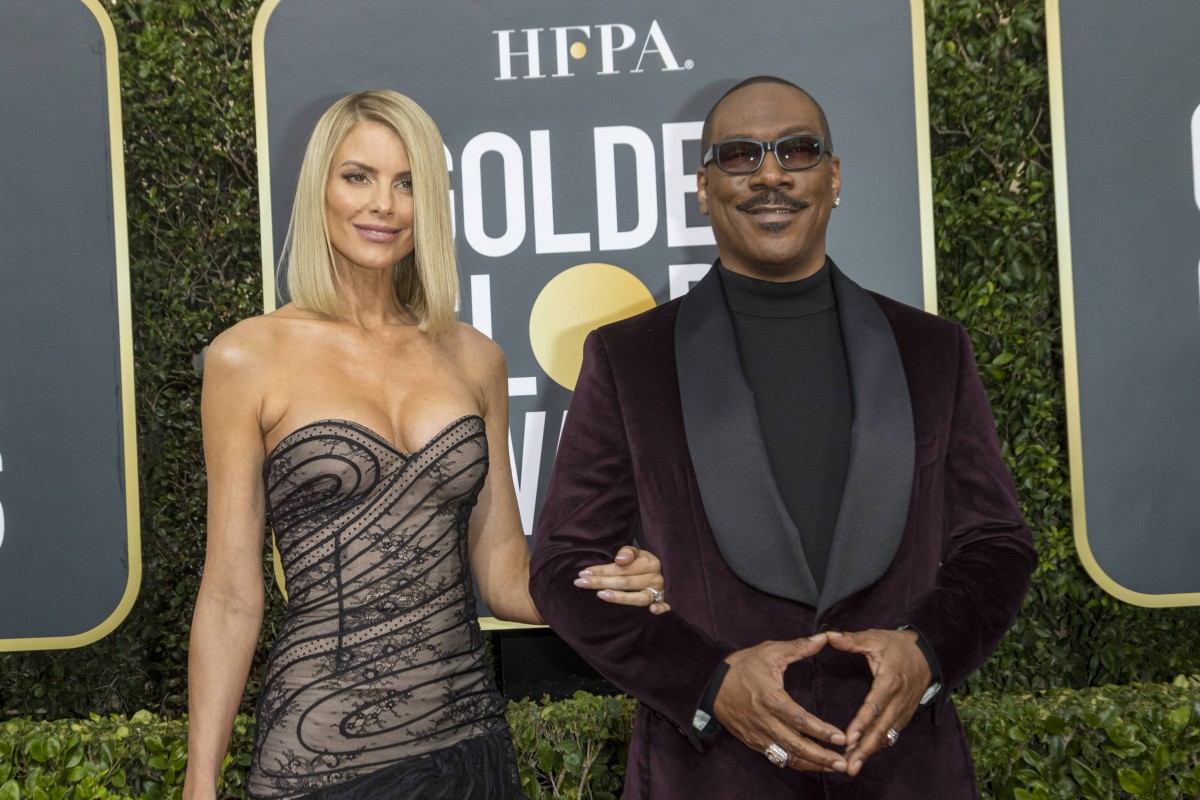 6 Responses to “Eddie Murphy: Oprah didn’t know I was the old barbershop dude in Coming to America”