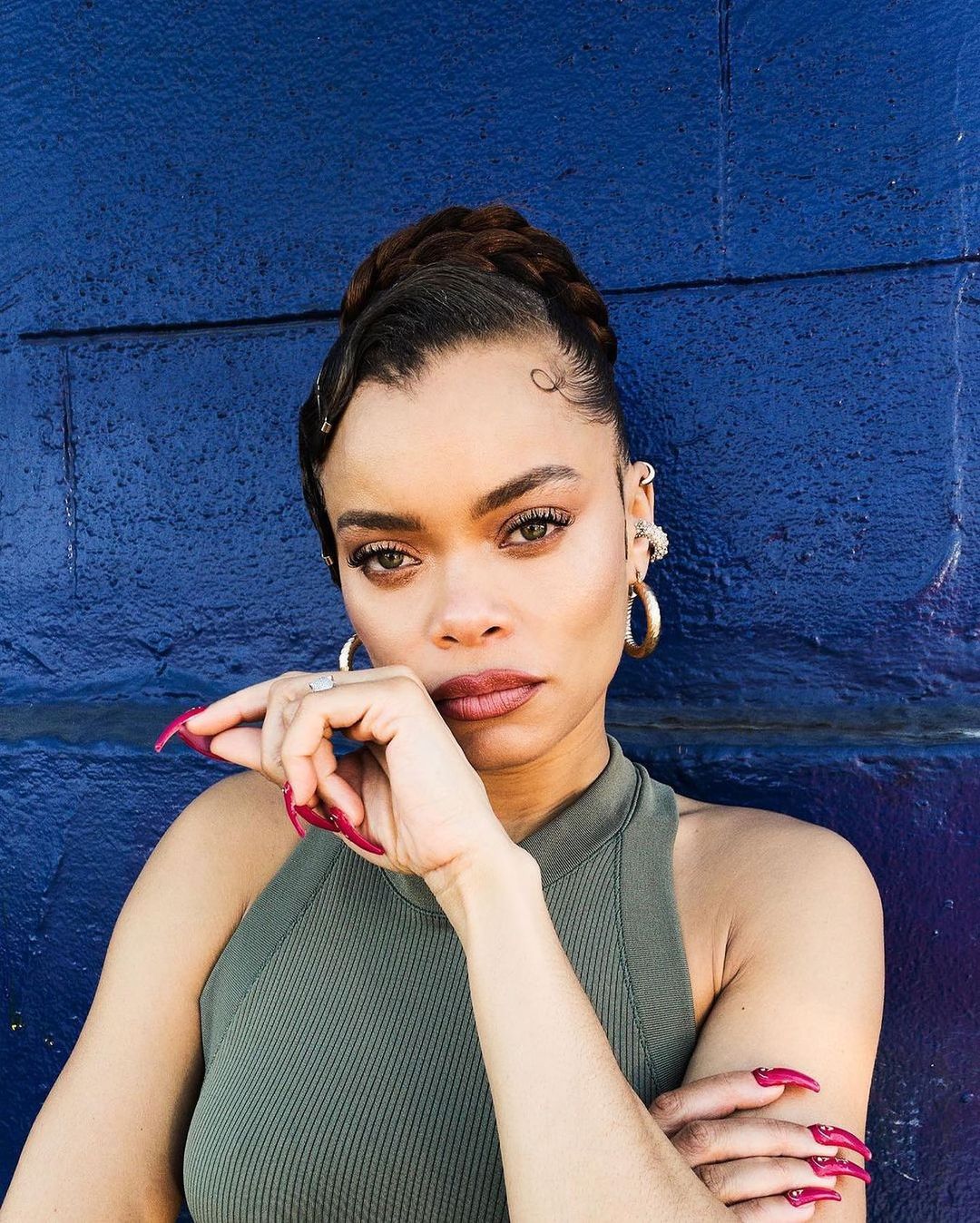 Coming off of her first Golden Globes win for her portrayal of Billie “Lady Day” Holiday in The U.S. vs Billie Holiday, Andra Day’s career is on fire. Andra has been making the rounds to talk about the impact Billie Holiday has had on her life and why she chose to step into the role of such an iconic woman. Andra loved Billie Holiday so much she not only used to sing her songs when she first started her career, but she also took on a part of Lady Day’s name as her stage name. Andra said in an interview with PBS that the “Day” in her name comes from “Lady Day.” What a beautiful way to acknowledge and honor someone who has influenced your life. Below are a few highlights from that interview:

Before all this, before the film, how important was Billie Holiday for you? How influential was she?
She was hugely influential. She’s kind of my namesake. That’s where I get the Day in Andra Day. It comes from the relationship between her and saxophonist Lester Young. He gave her the nickname “Lady Day,” and she gave him the nickname “The President,” or “Pres” for short, and her mother, the nickname “The Duchess.” And so, I love how Billie describes them as “the Royal family.” It just felt very regal because she is sort of the queen to me when it comes to music, and obviously, when it comes to jazz, and when it comes to the greater conversation, as we’re seeing, [with] civil rights as well.

I wonder if you accept or believe that there were many Billie Holidays, there are different ways of telling her story.
I think you got to tell her story in truth. But I think she’s such a multifaceted person. We all are. But she touched people in different ways. There’s actually a wonderful book called “With Billie.” I love it so much. We actually get one of our first pictures of Jimmy Fletcher, the FBI agent who took her down, and you get the picture of him, but there are all of these people’s experiences with Billie Holiday. Even if their experience was more negative or more positive, they all loved her. I think the only way to tell Billie Holiday’s story is in its truth because her truth is so amazing.

This film, of course, focuses on the song “Strange Fruit” and on her role as a voice for Black people, and the FBI hounding her because of that. Did that part of the story resonate with you?
Oh, yeah, absolutely. I mean, people ask me, “What are the parallels between myself and Billie Holiday?” The reality is we’re both — I’m a Black woman in America, you know, so there’s this sort of inherent feeling or sense of almost invincibility and fright and resilience that comes with that. And that stems from really great leaders like her. I think this movie just exposes to people that the War on Drugs that we’ve actually experienced in our own families and in our own communities, it just shows you where it started and what it stems from and what it was actually, which was just a [term] created to take Billie Holiday down, and then continuously used as a tool to dismantle and destabilize Black influence, Black leadership, Black unity and progress.

I put it to you like this: The reason it resonates with me is because we’ve had multiple wars on drugs, we still have drugs, and we don’t have a lot of our Black leaders that you saw fighting for civil rights. You see it now, with the new opioid crisis. I saw an article a while ago and it really broke my heart because I still feel for people who are struggling with addiction because it is a mental illness and it is based on trauma. But it was the face of a young white girl, beautiful. And it said, the “new innocent face of addiction.” But I’m like, “Wow, I would have never seen my uncle’s face or my family’s face or cousin’s. They’re [portrayed as] criminals.” Hopefully [the movie] causes people to look at the War on Drugs in a new light and really look at drugs and addiction.

Like I said before, I did not like how The U.S. vs Billie Holiday was written but Andra Day acted the hell out of that role. She brought Billie to life and her voice was excellent. To be fair I typically don’t like Lee Daniels’ films and I am tired of Billie only being caricatured as a drug addict. In a way, it was almost like her actual life took a backseat to the story. However I love how Andra connected the War on Drugs with the U.S.’s war on Billie Holiday because this is where it all started. Someone said in one of our Zoom chats, “Of course Billie was addicted to drugs. Look at what she had to face from government sanctioned terrorism at that time.” I also like how Andra points out the differences between how our government is handling the opioid epidemic (a supposed White epidemic) compared to how they demonized and criminalized Black and Brown people during the crack and heroin epidemics. I also love that Andra took Billie’s name as her own. To me that sort of nod was prophetic. She had no idea that one day she’d be portraying her idol and I love it. Just like when Andra used to pretend that her clothes were Chanel to then one day accept an award decked in Chanel. Andra is living her dream and I am excited to see her star continue to rise. She deserves it and has worked hard for it.

A post shared by The U.S. vs. Billie Holiday (@usvsbillieholiday)

A post shared by The U.S. vs. Billie Holiday (@usvsbillieholiday) 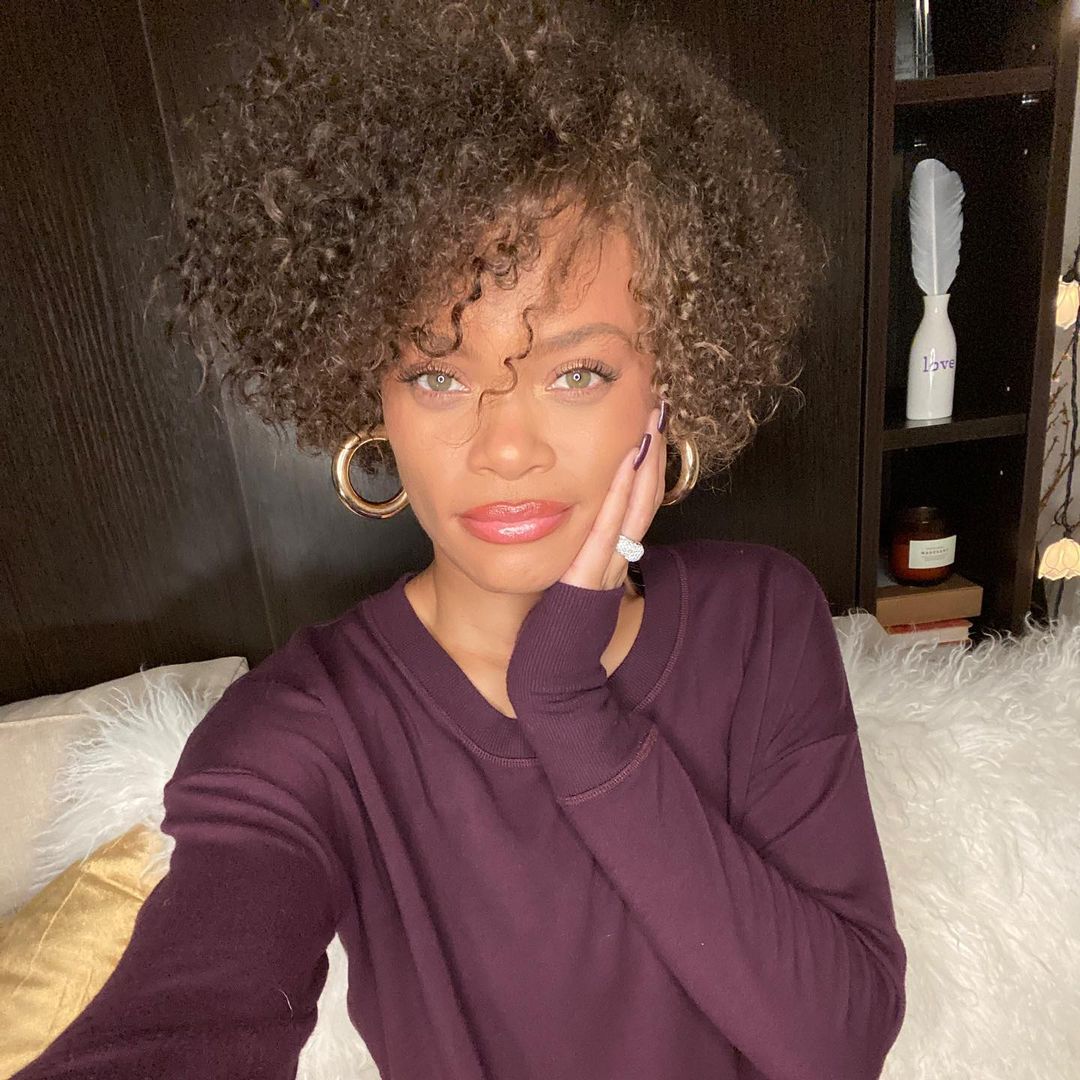