VF: Armie Hammer comes from a long line of men who mistreat women 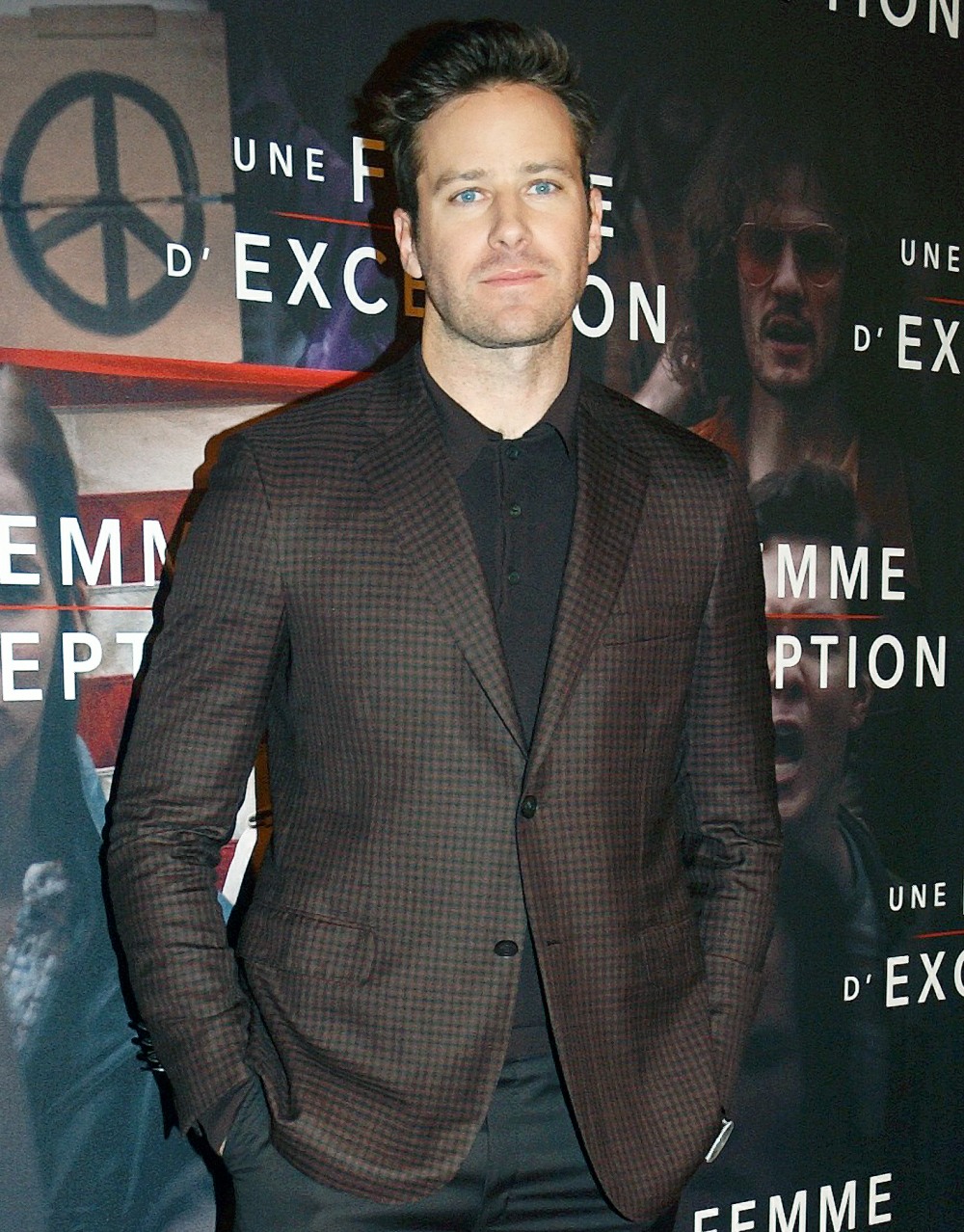 I began reading Vanity Fair’s exclusive on Armie Hammer and his family yesterday but I stopped reading it right around the part where his great-great-grandfather gave a Russian diplomat’s wife an abortion in 1919. I was like “wow, this is going to be a really crazy story huh.” And it is. Half of the piece is about the Hammer family’s completely insane background in America, and how there’s a long line of Hammer men (many of them named Armand) who are into sex, drugs and rock n’ roll, if rock n’ roll means “abusing and humiliating women.” The second half of the VF story is about Armie and what happened to him and what went “wrong” and whether he’s actually engaged in criminal behavior or if he simply likes to talk about his cannibal fantasies (to be fair, it’s not illegal to fantasize). You can read the whole sordid story here. Some highlights, specifically about Armie:

He’s always expressed an interest in knots & bondage: His reported social-media-liking habits suggested that he was fond of bondage. And he has spoken profusely about his love of knots to Playboy (“a man’s version of knitting”), Stephen Colbert (whom he challenged to a knot-tying contest on The Late Show), and InStyle (“I’ve never admitted this before…sometimes I carry a rope to practice knots”). A source close to Elizabeth said that, when he was not working, Armie would throw himself into hobbies with great intensity. Several years back Armie introduced Elizabeth to shibari, a Japanese bondage art form in which people are tied up in intricate patterns. Elizabeth tried to be supportive of the new interest, which Armie allegedly indulged by buying mannequins and inventing elaborate knots. Elizabeth even tried to find a lucrative spin on the obsession: “She suggested he write a book about a hobby called Why Knot?” laughed the friend.

Armie always cheated on Elizabeth: Armie and Elizabeth had two children—a daughter in 2014 and a son in 2017, the latter of whom was given the middle name Armand as an homage to the Hammer lineage. According to a friend close to Elizabeth, Armie confessed to being unfaithful shortly after his son’s birth—but claimed it was a one-time offense. Years later, this friend says, Elizabeth found evidence of an affair Armie was having with a costar. The Hammers had been in expensive family therapy, but, to Elizabeth, the indiscretions—and more notably his decision to flee the family during a pandemic—were the final straw. When Armie touched down in the U.S., he mistakenly sent a raunchy text message meant for someone else to his estranged spouse. Elizabeth filed for divorce shortly after.

He followed the same patterns with his recent relationships: Two women who knew Armie romantically in the last year say they were intoxicated by his charm—and that he was able to cycle through Romeo and Juliet-style romantic proclamations, teary family confessionals, and kinky bedroom scenarios with disorienting ease.

His ex Courtney Vucekovich speaks: According to Courtney Vucekovich, Armie was on a flight out of the Cayman Islands—escaping the “intense” lockdown situation last June—when he messaged her on Instagram for the first time. The DMs came fast and furiously; the actor immediately spilled about the tense situation with what he described as his “crazy family”—describing near-fist fights with his father and a short-lived escape plan that involved taking a fishing boat to Cuba. Armie earned her sympathy, according to Vucekovich, through full-court press. “Day one, he makes you feel bad for him; it’s when he makes himself look like a victim. Then he love-bombs you like crazy; you’ve never felt more special in your entire life. I’ve never seen anything like it. We’re in a restaurant, and I’m sitting across from him, and he pulls my chair over, right next to him, in front of everybody—and is hugging and kissing you. You’re the only girl in the whole world. And then he starts the manipulation and the darker stuff.

Armie is broke: During their time together, Paige Lorenze said, Armie didn’t have any money. She said that she paid for “everything,” since Armie was only getting by on loans from friends. Lorenze broke things off with Armie after “he started making rules for me of things I could and couldn’t do, who I could have over, who I couldn’t. He told me that I couldn’t have anyone else in my bed. And then I just started to feel really unsafe and really sick to my stomach about things,” she said. “I was also emotionally dependent on him.” Lorenze ended the relationship over text “because you never know what you’re going to get with him—he’s kind of a scary person.”

Armie hasn’t been charged with any crime, nor is there evidence that he’s actually a cannibal: One person who has known both Armie and Elizabeth for a decade thinks Armie’s “very dry sense of humor” and a lack of context around the text messages are to blame. When the rib-eating, toe-cutting screenshots first appeared online, the person said, “I was like, this is just Armie making really perverse jokes. And then it got conflated with his [seemingly] newfound interest in BDSM sex, which is his prerogative.” Sexual abuse allegations are especially charged in a post-#MeToo climate: “There are a lot nuances to the subject of sex and consent, and it’s just not a topic that people are really patient about these days,” the person said. “He’s a really down-to-earth guy. I think he’s just having a moment.”

People are worried about Elizabeth Chambers: A person once close to the family has expressed genuine concern for Elizabeth as she moves forward in her custody battle with the Hammers. “I want to tell her to be careful,” the person said. “I hope she can just get off that island soon.” Elizabeth has told friends that while she is fearful herself, she is projecting strength for the kids and trying to find occasional humor in the darkness.

I felt a chill when, at the end of the article, they start talking about how Elizabeth’s friends want her to be very careful. I don’t think he would harm his ex, but who knows. He does come from a long line of men who treat women like sh-t though. While, again, I do think it’s useful for people to remember that Armie hasn’t been charged with any crime, nor is there any evidence that he acted on his cannibalism fantasies, the stories from his exes are BAD. If those women wanted to press charges, they could and should. What he was doing was more than “trying something new and it didn’t work out.” He was getting off on manipulating them and abusing them. 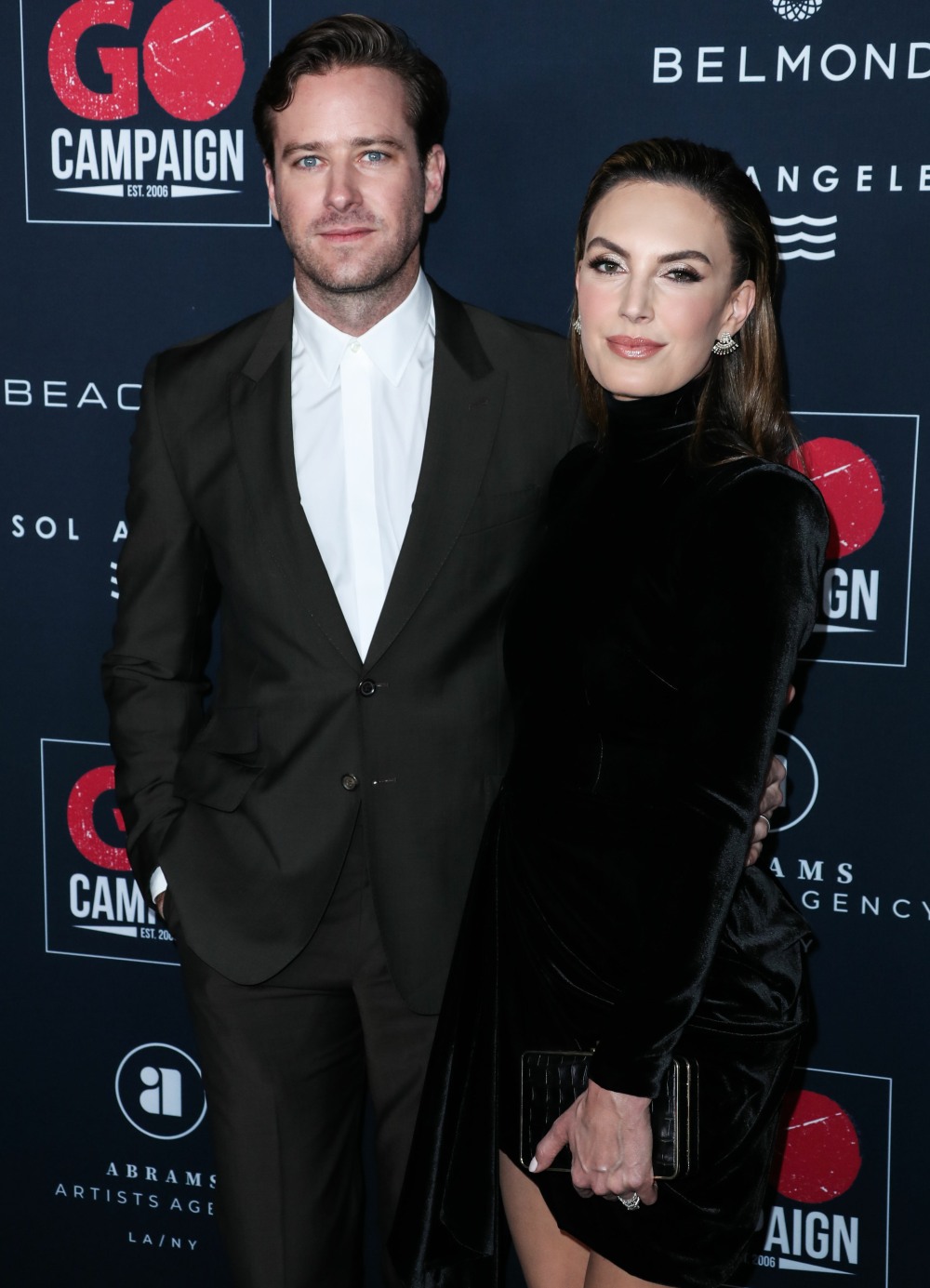 60 Responses to “VF: Armie Hammer comes from a long line of men who mistreat women”