Demi Lovato has blind spots after her overdose, can no longer drive 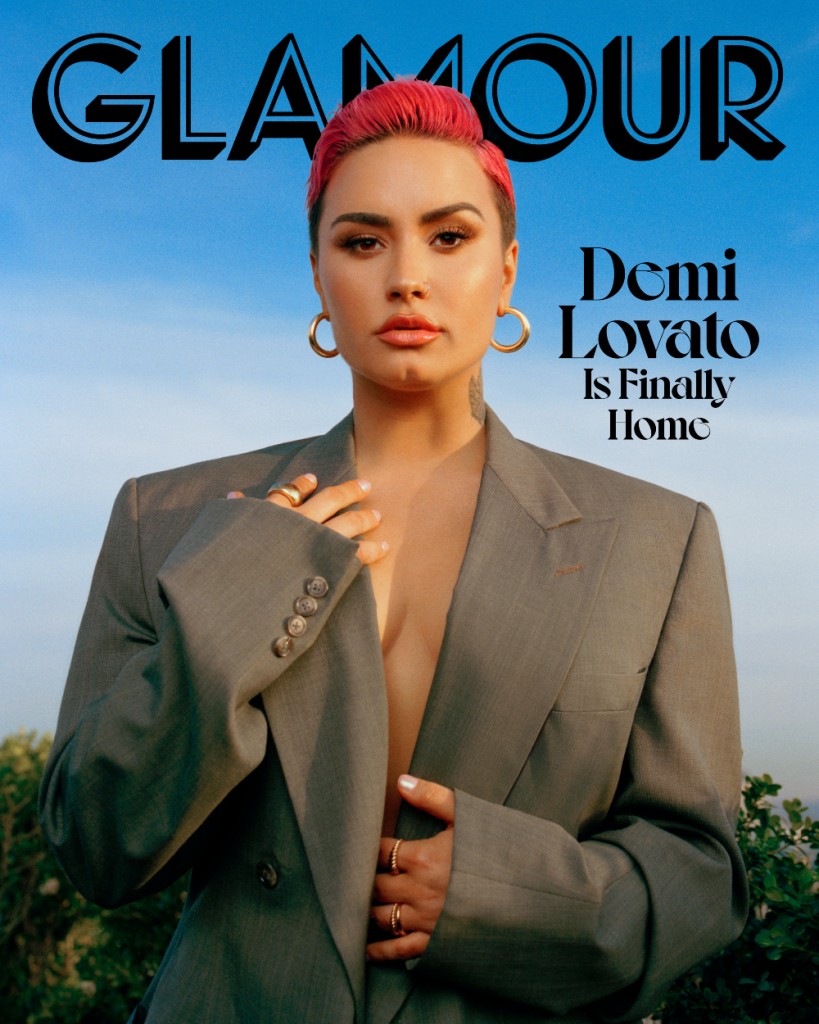 Demi Lovato finished a lot of projects during quarantine. She’s working on a new album, she finished decorating her dream home, and she finished her four-part YouTube documentary, Dancing with the Devil. Her objective with the documentary is to be upfront about everything that led up to and followed her 2018 overdose, including the changes she has made to ensure it doesn’t happen again. Demi was interviewed by Glamour and if her honesty in this interview is a precursor to the documentary, it should be one heck of a doc. Demi disclosed to Glamour that the physical side effects of her overdose are that she was left with enough blind spots that she no longer drives and that she suffers from tinnitus.

On what she learned from her brief engagement:
“When I started getting older, I started realizing how queer I really am,” Lovato says, beaming. “This past year, I was engaged to a man and when it didn’t work, I was like, ‘This is a huge sign.’ I thought I was going to spend my life with someone. Now that I wasn’t going to, I felt this sense of relief that I could live my truth.”

On finding her sexuality:
“I know who I am and what I am, but I’m just waiting until a specific timeline to come out to the world as what I am. I’m following my healers’ timeline, and I’m using this time to really study and educate myself on my journey and what I’m preparing to do.” She continues: “I hooked up with a girl and was like, ‘I like this a lot more.’ It felt better. It felt right.”

On pressure from her fans:
“My fans react when I color my hair,” she says. “If they didn’t like it, I saw it.” She recalls one instance in 2014 when she dyed her hair pink, then shaved half her head; the overwhelming negative response crushed her. “It reignited that fear inside of me of being who I really am.”

On the ramifications of her overdose:
She talks about the medical side effects of her overdose for the first time, which include blind spots. Lovato tells me about a time when she went to pour a glass of sweet tea and missed the glass. On our Zoom, she says she can’t see my nose or mouth while looking at my eyes. She can no longer drive. Lovato also has tinnitus, often associated with hearing loss, because of the overdose but says her music hasn’t been affected. If anything, she thinks the music’s gotten better. “I’m the type of person that when you take something out of my life, something else just becomes more beautiful,” she says. “I think that when the universe shuts one door, it opens another or there’s a window to open. It just depends on your perspective and how you choose to look at it.”

On her version of sobriety:
Lovato says she’s done with the substances that caused her overdose, but that telling herself she can never have a drink or smoke a little weed again is only setting herself up for failure.

“I called [her recovery case manager] and was like, ‘Something’s not right. I’m living one side of my life completely legalizing and this other side following a program that’s telling me if I slip up, I’m going to die…I think I want to try this balance thing in the substance side of my life, too.’” She continues that her team was worried yet supportive. “They were like, ‘She deserves this opportunity to make that choice for herself.’ So I did.”

I tried Googling what causes vision loss due to a drug overdose and there are so many factors that I left it alone. In the trailer for the doc, posted below, they mention that Demi was at dangerously low oxygen levels during her overdose and that may have affected it as well. What I was hoping to learn was if her vision and/or hearing might eventually correct itself and I don’t know. But it sounds like Demi has accepted it and is making the best of her situation. That will allow her to move on. Thank goodness she can still make music. She said because she’s sitting in the backseat with headphones on, that’s allowed her to focus more and is why her music is better.

I admit I don’t know much about drug addiction/recovery but I, too, am concerned about Demi’s idea that she needs to open the window on allowing substances back in her life. In the interview, she set this up on the idea of intuitive eating, which is something Camila Mendes just discussed as well. Demi and Camila both struggle with food disorders and intuitive eating is helpful for people who have those. I’ve never had a drug addiction. But I’ve had a food disorder and the big challenge is you cannot give up food entirely, so you have to redefine your relationship with it. Perhaps a drug counselor or sobriety coach can correct me, but it doesn’t seem like the idea of intuitive eating is interchangeable when it comes to drugs. Demi was sober for six years prior to her overdose. She’s been sober only three years since. She just ended an engagement that went very wrong. I really hope that she’s on the right path to wellness and sobriety. 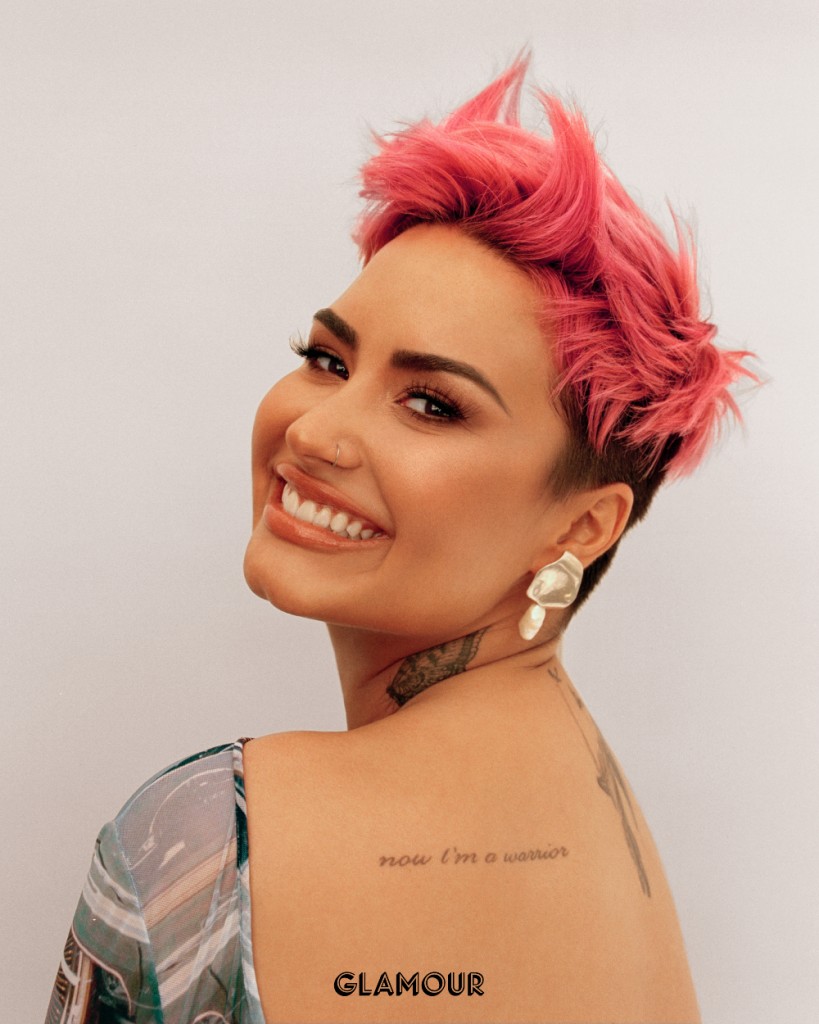 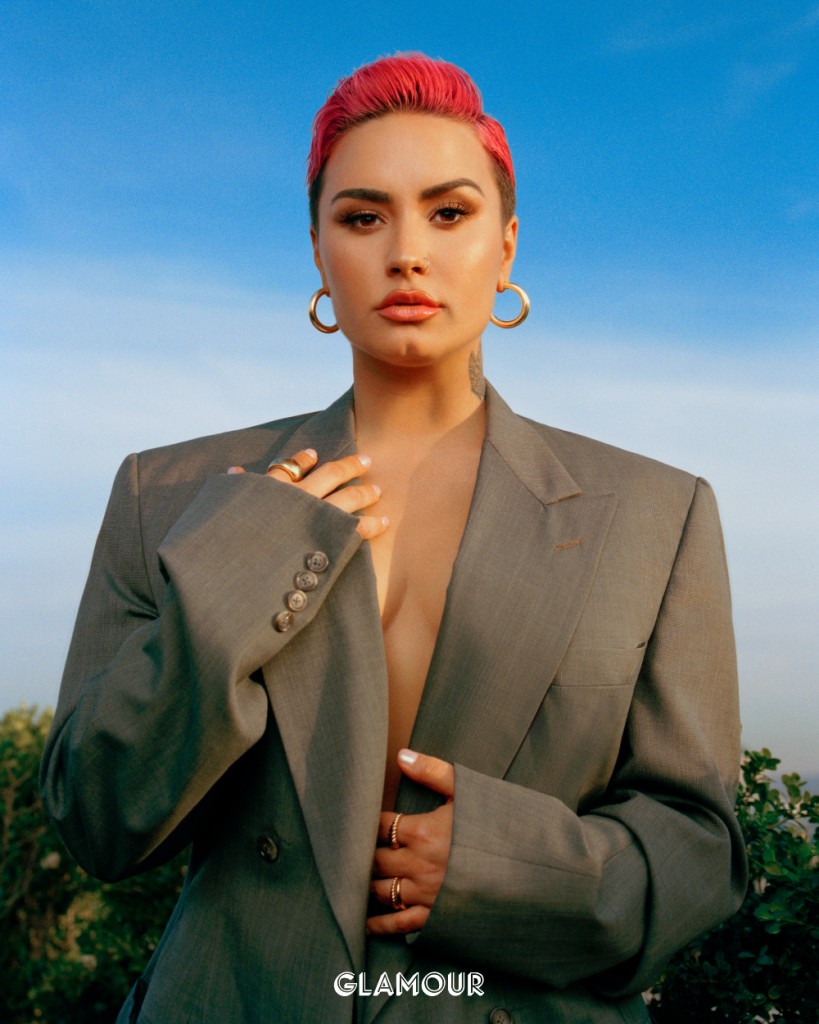 46 Responses to “Demi Lovato has blind spots after her overdose, can no longer drive”