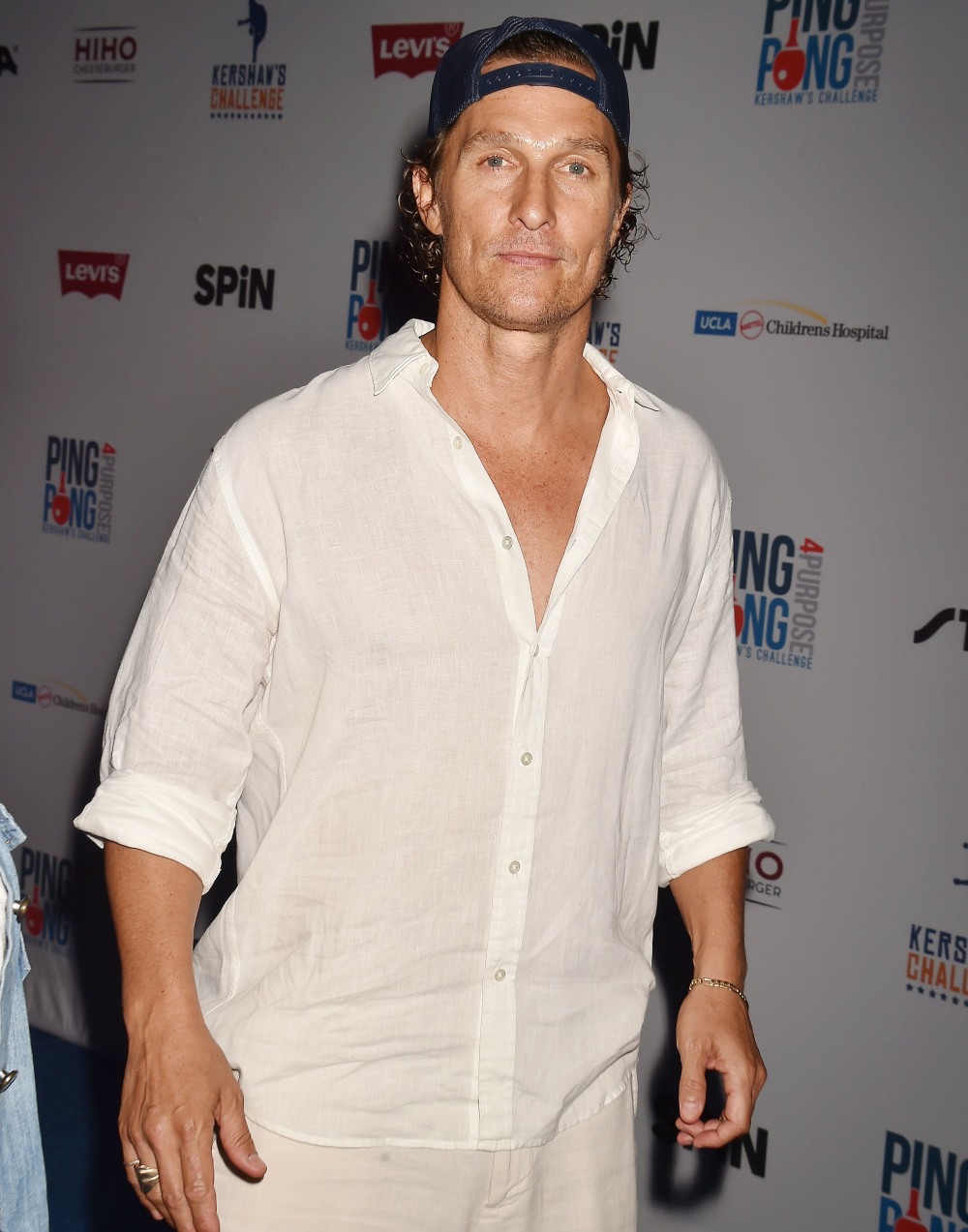 Right around the 2020 election, Matthew McConaughey’s brain broke. While he had always enjoyed a certain popularity for being vaguely liberal, suddenly he was making all kinds of weird public statements about the “illiberal left” and how Democrats were being super-mean to MAGA voters. Some of his actual statements included: “There are a lot on that illiberal left that absolutely condescend, patronize, and are arrogant towards the other 50 percent” and “Let’s get aggressively centric. I dare you” and liberals are “being cannibalized by the illiberals.” The man never met a dictionary and in all of his MAGA-apologia, he never once thought to look up what “illiberal” actually means. Anyway, MagaConaughey is now pretty sure that he’s going to run for governor of Texas. Girl, Beto is cuter and more coherent.

Matthew McConaughey might be alright, alright, alright with a potential political run. The 51-year-old might soon go from Oscar-winning actor to Governor McConaughey, as the Greenlights author revealed on Wednesday’s episode of The Balanced Voice podcast that a potential bid to govern the state of Texas during the 2022 election is “a true consideration.”

While it was a brief acknowledgment, it marks a slight change from comments he made in November 2020 on The Late Show With Stephen Colbert. “I have no plans to do that right now,” he told Colbert late last year. “Right now? No. I don’t get politics. Politics seems to be a broken business. Politics needs to redefine its purpose. As I move forward in life, yes, am I going to consider leadership roles where I can be most useful? I’d love to. I’m doing that regardless. That’s where I sit right now.”

On The Balanced Voice, McConaughey discussed some of those positions, such as his position as a professor at the University of Texas. “I have wisdom to share that I think is obvious that youngsters go, ‘No, I had no idea, thank you for that!'” he said, adding that he’s thankful for the opportunity to step “into more leadership teaching positions,” such as working with organizations that help children from troubled backgrounds succeed in schools with 50 percent dropout rates through community service and education initiatives.

But, it’s his role as a father that keeps McConaughey busy these days, which poses the biggest questions about leadership in the actor’s life.

“I have three epics in my life, and that’s my three children. That’s the greatest light or shadow that Camila [Alves] and I can leave, the greatest shadow I can leave as a father,” he said. “How can I be the best dad for them — not the time to be their best friend — but be best dad to them right now, to help them get out and negotiate and be autonomous, confident, and conscientious people in the world, to get out there and navigate?”

I’m not going to listen to the damn thing but is he really saying that he thinks he would be a good governor because he has three kids? RLY? I dare any woman in Texas to suddenly announce their candidacy for state-wide office based solely on the fact that they’re a mom. He also thinks he should run for governor because he tells kids stuff they didn’t know? Good lord. And I swear to God, if Matthew runs, he’s going to run as the “Democrat who is against cancel culture.” That’s what I predict.

Celebitchy writer Oya lives in Texas and works on voter registration in Texas, and I asked her for her thoughts on this MagaConaughey mess. She says: “Although I enjoy seeing Matthew in his role as an actor and father, I personally would prefer he leaves the running of the state of Texas to someone like Beto O’Rourke who has been working tirelessly to make the state better. Despite my agreeing that politics have become a toxic blood sport that stalls a lot of progress, I would like Matthew to do a bit of self reflection on the both sides argument that he seems to stand firmly in. Especially, in the current climate of the right becoming more fascist because I do not think he’d be effective as a politician until he stands firmly against fascist rhetoric.” 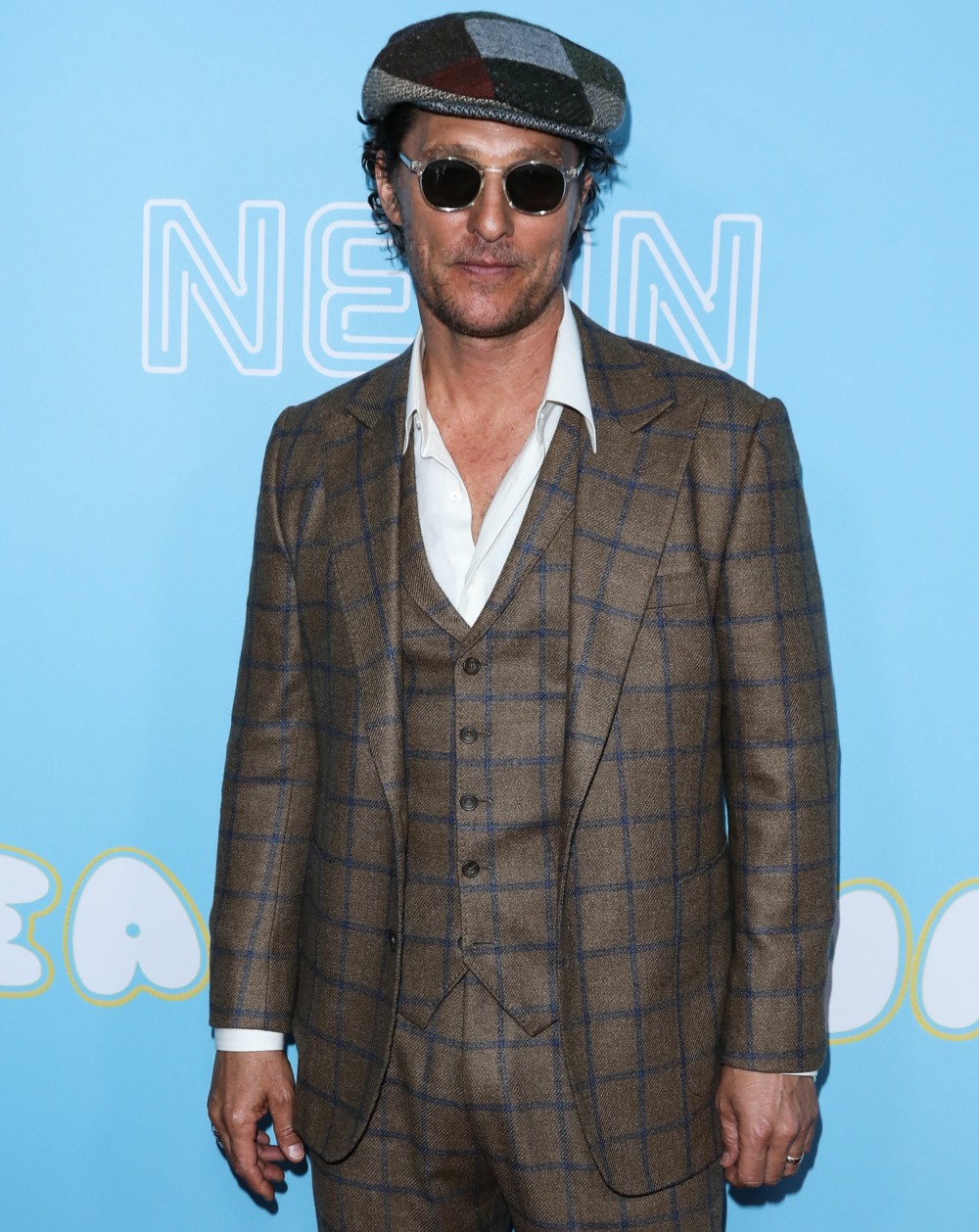