Jennifer Garner: I don’t have two Oscars on my mantle, I’ve raised my kids 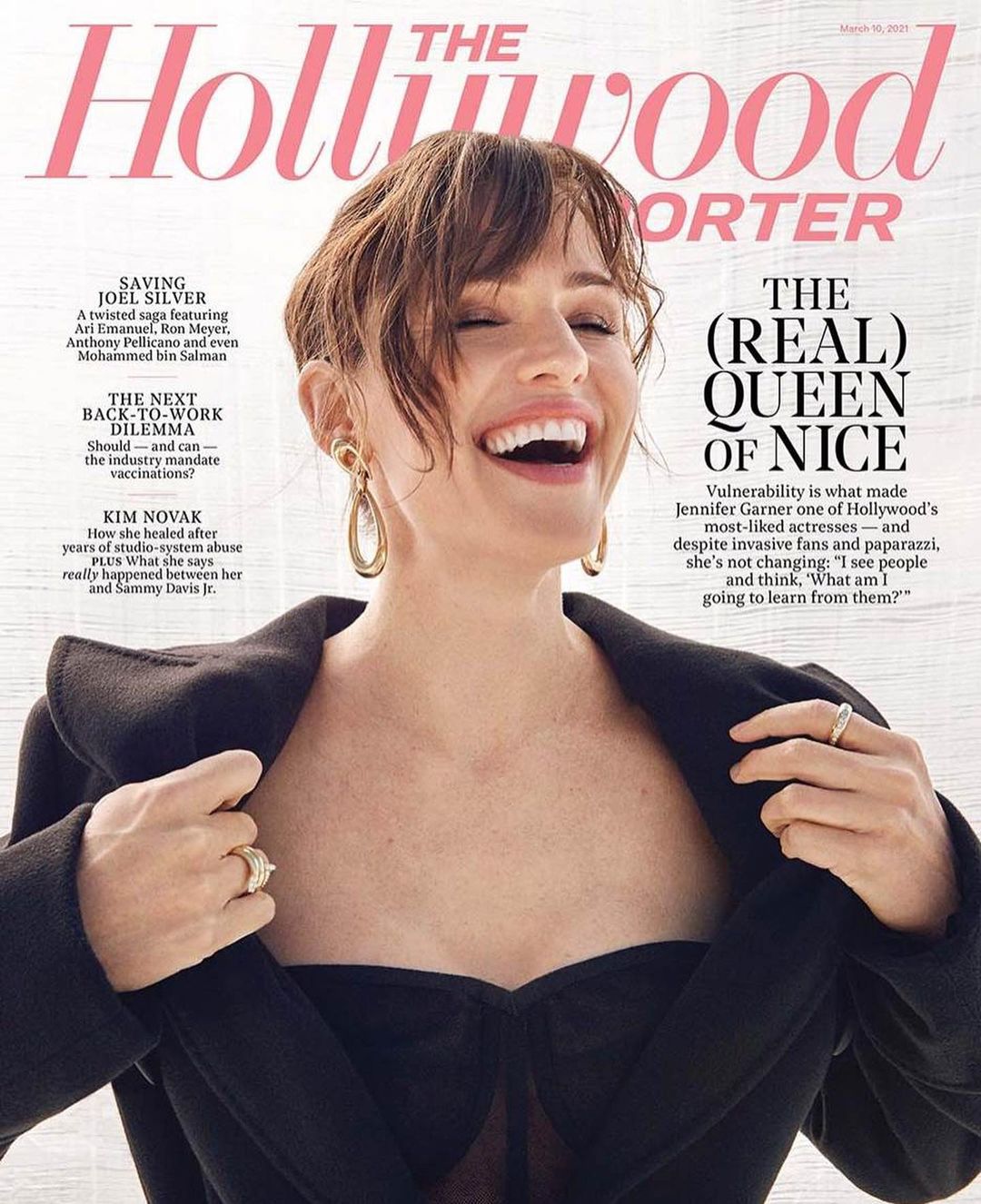 Jennifer Garner is covering The Hollywood Reporter, which seems like a bizarre choice during awards season, but this awards season is anything but normal. The title on the cover is “The Queen of Nice.” The way the article is worded, it sounds like they were hoping she would spill a little about her ex husband. They referenced her Vanity Fair interview, when she was willing to dish on the record in exchange for a cover. Remember that one, where she refused to be the ashes on her husband’s giant phoenix back tattoo (that he was still denying was real at the time)? It’s been almost five years since that interview and it’s about time Garner dished a little more. Nothing in this article is that juicy, but you can tell she’s saying that she’s sacrificed her career for Ben’s and that she’s ready to get back to it. Garner has an Apple project coming with J.J. Abrams (not an Alias reboot), Yes Day is now on Netflix and she has a couple more films in the works. Here’s some of what she said. The piece quotes her coworkers and directors praising her too.

On how people treat Ben in public vs. her
“People are in awe of him. He’s done incredible things, he’s six-four, he’s … him, and they treat him with a kind of reverence… They say that people treat me like we were just in the middle of a conversation and they want to get back to it. They’ll see me and be like, ‘Oh, I’ve been meaning to tell you…”

“I see people and I think, ‘Oh, what am I going to learn from them… Like I assume you and I are going to have a great conversation. I assume we’re going to like each other. And part of it could be my temperament, but I also think it’s where I’m from.”

On the paparazzi hounding her family when her kids were young
“You’d go through a yellow light and 15, 20 cars would go through the red light behind you, driving up on the side of roads, and this is just for a mom and a kid. We lived down a street that was chock-a-block full of actors, much more successful and famous and decorated than me, including Ben, and they’d all go by one by one, no problem, and then I’d go do a school run and it’d be 15 cars going with me. I never had a day without them, and if I did, if I made it to a park by hiding in the bottom of the pool man’s truck or something, then a nanny would see me there and call a number and they’d swarm.”

On her divorce
“Going through it in public is not what’s hard, going through it is what’s hard, A, [and] B, my children’s eyes are on me.” Then I ask her about something she’d told Vanity Fair in 2016, when the wound was considerably fresher, about how she’d “lost the dream of dancing with [her] husband at [her] daughter’s wedding.”

Garner’s face relaxes into a smile. “When our kids get married, we’ll dance, I know that now… “We’ll boogaloo and have a great time. I don’t worry about that anymore.”

She wants to produce more
“Don’t think that people are out there writing for women in their mid- to late 40s… It’s a very hungry, greedy career and a very unforgiving one, and for someone who has chosen family way more often than I probably should have, I can’t believe I’m still here.”

On bringing her kids to her Walk of Fame ceremony in 2018
“I don’t have two Oscars on my mantle, I’ve raised them, and I think every little kid has a dream that their mom will have a moment where people applaud her so that they can say, ‘That’s right, I knew it,’ and my kids got to have that and for that I’m grateful.”

I want to make a snarky comment about how she’s not about to win any Oscars for her acting, but Ben’s acting is somewhat wooden too. He won Oscars for screenwriting and, when he was married to Garner, for best picture. He was able to do all that work because she was home with their kids. Remember when he thanked Garner in his 2013 Oscar acceptance speech for “working on our marriage for ten Christmases, it is work but it’s the best kind of work?” What a tool. 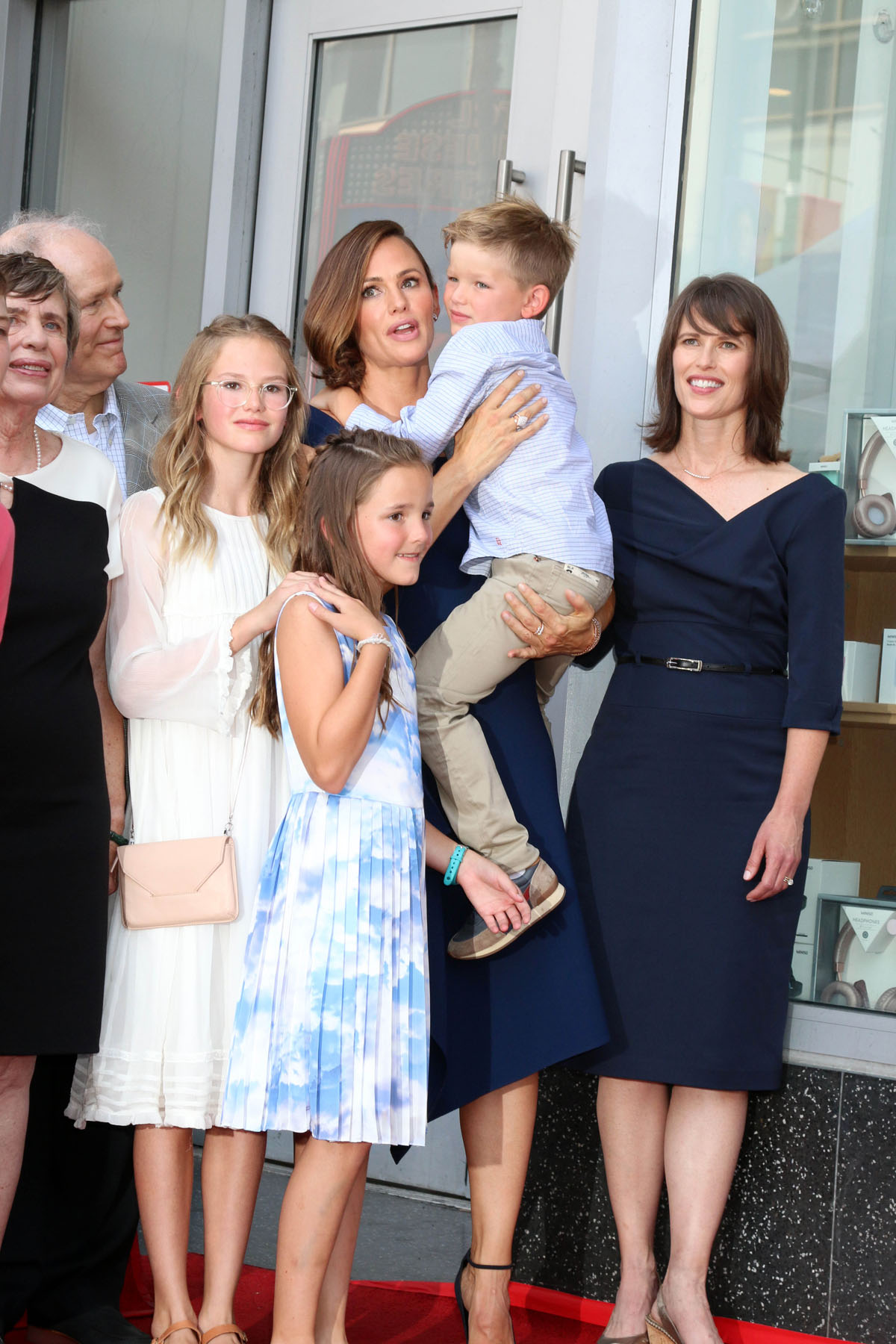 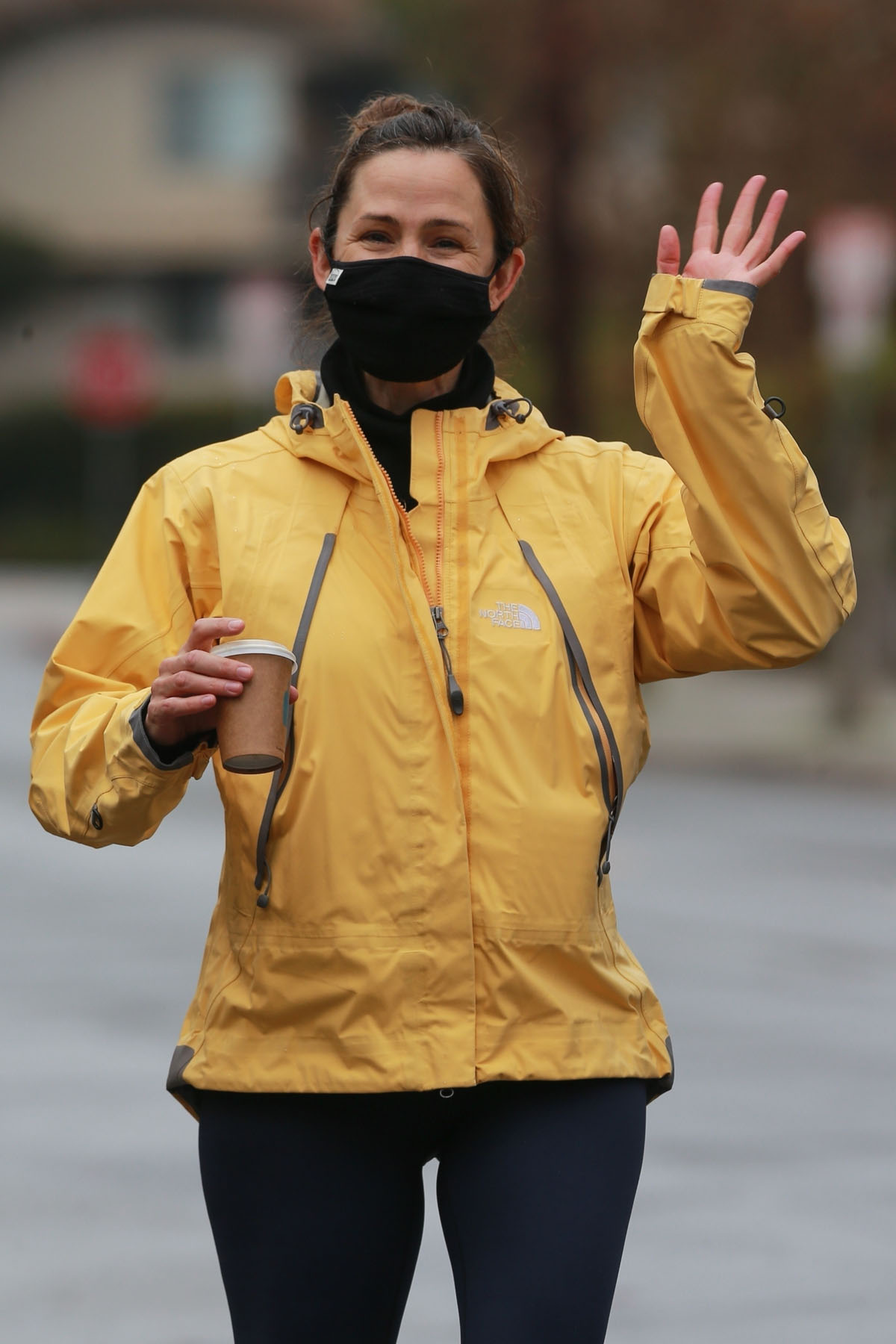 photos credit: Avalon.red and Backgrid and THR via Instagram

61 Responses to “Jennifer Garner: I don’t have two Oscars on my mantle, I’ve raised my kids”